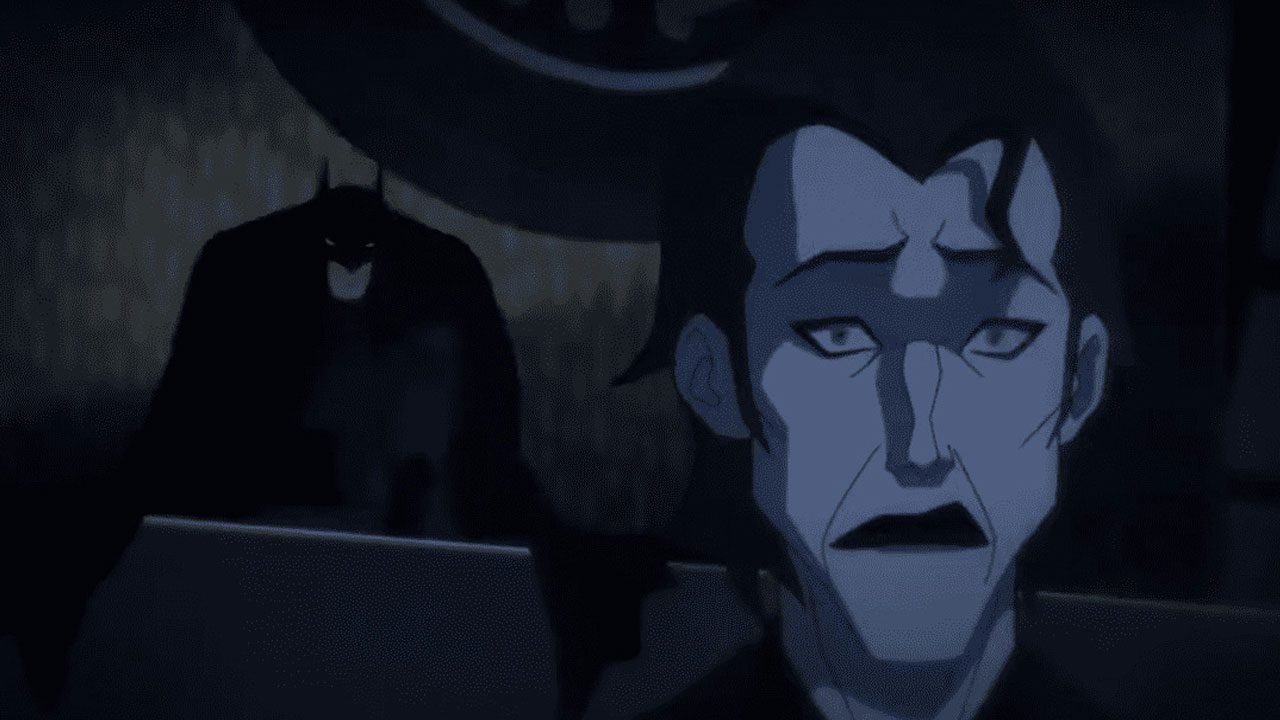 “The Lady, or the Tigress?” sees M’gann attack M’comm, blaming him for Conner’s death. He offers to open his mind, and M’gann sees that he didn’t kill Conner; M’comm doesn’t even know what kryptonite is. Meanwhile, Cassandra again offers herself up in exchange for Orphan. Artemis reiterates that they will all work together to save Orphan. On comms, Barbara tells Artemis that the whole Bat-family will help if necessary. Meanwhile, Lady Shiva expresses her disappointment in Orphan. In flashbacks, Shiva shows her daughter a video Joker sent Vandal Savage announcing his impending attack on the UN. M’gann bids her parents farewell, and Em’ree decides to go to Earth with her. Barbara disables the power to the Santa Prisca facilities, and Artemis’ team goes in. M’gann’s parents mourn their daughters’ absence. Cassandra reveals that her arm is intact and she’s the mole. Barbara finds Orphan. In a flashback, Orphan inadvertently slashes Barbara’s back, crippling her in an attempt to take out the Joker. Cassandra and the Shadows converge on Tigress and Onyx, but Cheshire arrives and knocks several of them out. 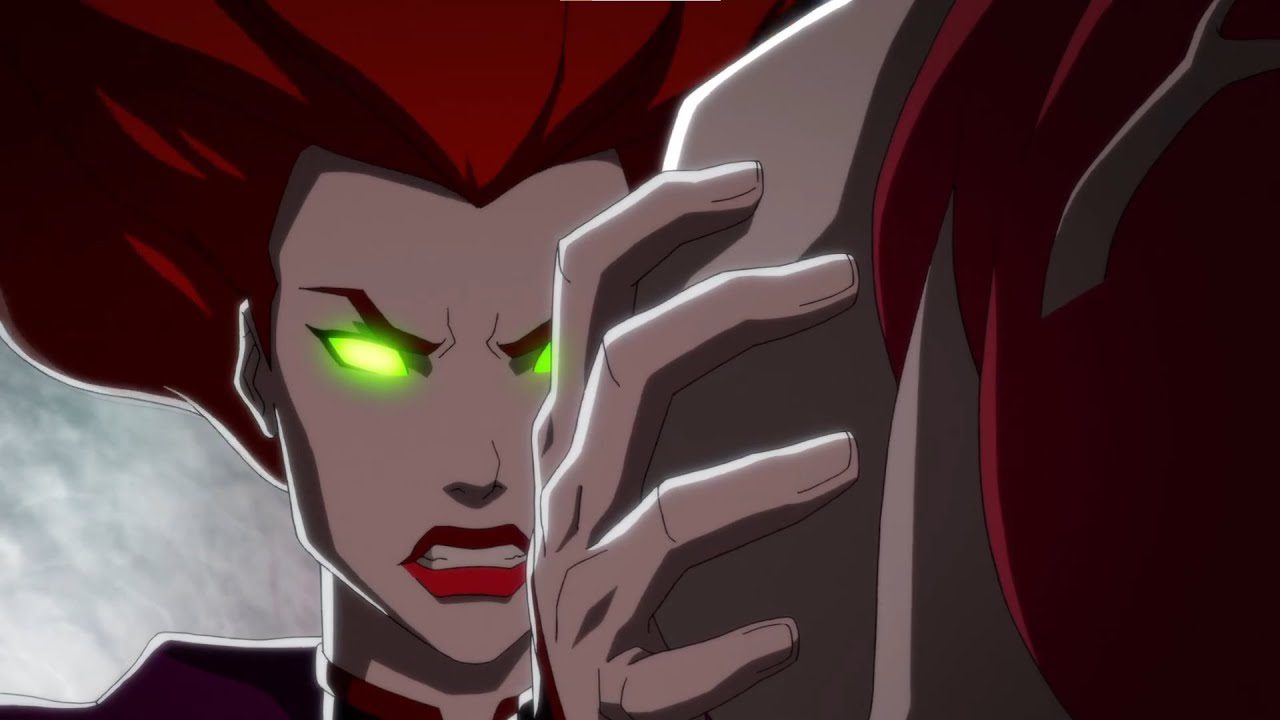 “The Lady, or the Tigress?” is the first episode of season 4 to explore both main storylines in a meaningful way, seeing M’gann on her way back to Earth as Tigress walks into a trap. This is the most I’ve enjoyed the storyline on Mars because it’s focused only on the main characters, as opposed to the Royal Family and Mars’ racism problem. These story elements haven’t been bad, but Young Justice’s exploration of racism has been pretty superficial and generic so far. The doomed relationship of Prince J’emm and S’yraa S’mitt came the closest to saying something of actual substance. Still, unless we see more of them in the future, even that story thread didn’t go very far. We’re still pretty early into a 26-episode season, so I’m not making any assumptions.

I don’t feel like we’ve gotten to know Em’ree and her parents well enough to feel invested in them. I’m interested in M’gann’s resentment of how Em’ree treated her and M’comm, which I think is the most well-realized facet of the family’s dysfunction. M’gann’s feelings towards Em’ree mirror how M’comm feels abandoned by M’gann, which feels very honest and realistic. Families are complicated, and often there’s more than one “bad guy.” The same individual can be a victim of one family member while doing real harm to another. Of course, we then have Em’ree, who regrets her choices and observes that she was also a child at the time and acted out of self-preservation more than anything else. The implication here is that M’gann, M’comm, and Em’ree’s parents are really the ones to blame for not educating their children about Mars’ racial divide and raising them to stand united. I like all of this a lot in theory. The problem is that we barely know the parents. They’ve appeared several times throughout Phantoms, but only as M’gann’s happy, supportive parents to prepare for the wedding and now heartbroken as two of their daughters leave Mars. It would be nice to know these characters better as individuals and be shown (rather than told) what went down that fractured this family. I think we may well get this with Em’ree on Earth, but I wonder how much more we’ll see of the parents. I look forward to learning more about Em’ree and seeing her relationship with M’gann evolve. It strikes me as odd to introduce such complex family dynamics, blame the way parents raised M’gann and her siblings, and then not show what they did (or didn’t do) wrong.

However, I like the Santa Prisca portion of “The Lady, or the Tigress?” even more. This is by far the best use of flashbacks so far in Phantoms, precisely because these past events inform the character and advance the story. It’s not old information recycled for new episodes. I like the new backstory for Oracle’s disability, and these scenes tie in so well with the current timeline. This episode also sees the return of Brent Spiner’s Joker. This casting choice struck me as odd when I first watched the older seasons of Young Justice, but he’s good in the role, and this performance is growing on me. I have to wonder why Artemis/Tigress didn’t accept the help offered by Batman and his sidekicks to infiltrate Santa Prisca. As Barbara said, Orphan is one of their own, and Artemis’ small team is quickly outnumbered even with the arrival of Cheshire. If Artemis simply wants to play by Lady Shiva’s rules, that seems pretty dumb since the others certainly won’t abide by them. And sneaking up on the Shadows isn’t an option when Artemis and her two potential moles were explicitly challenged to come. 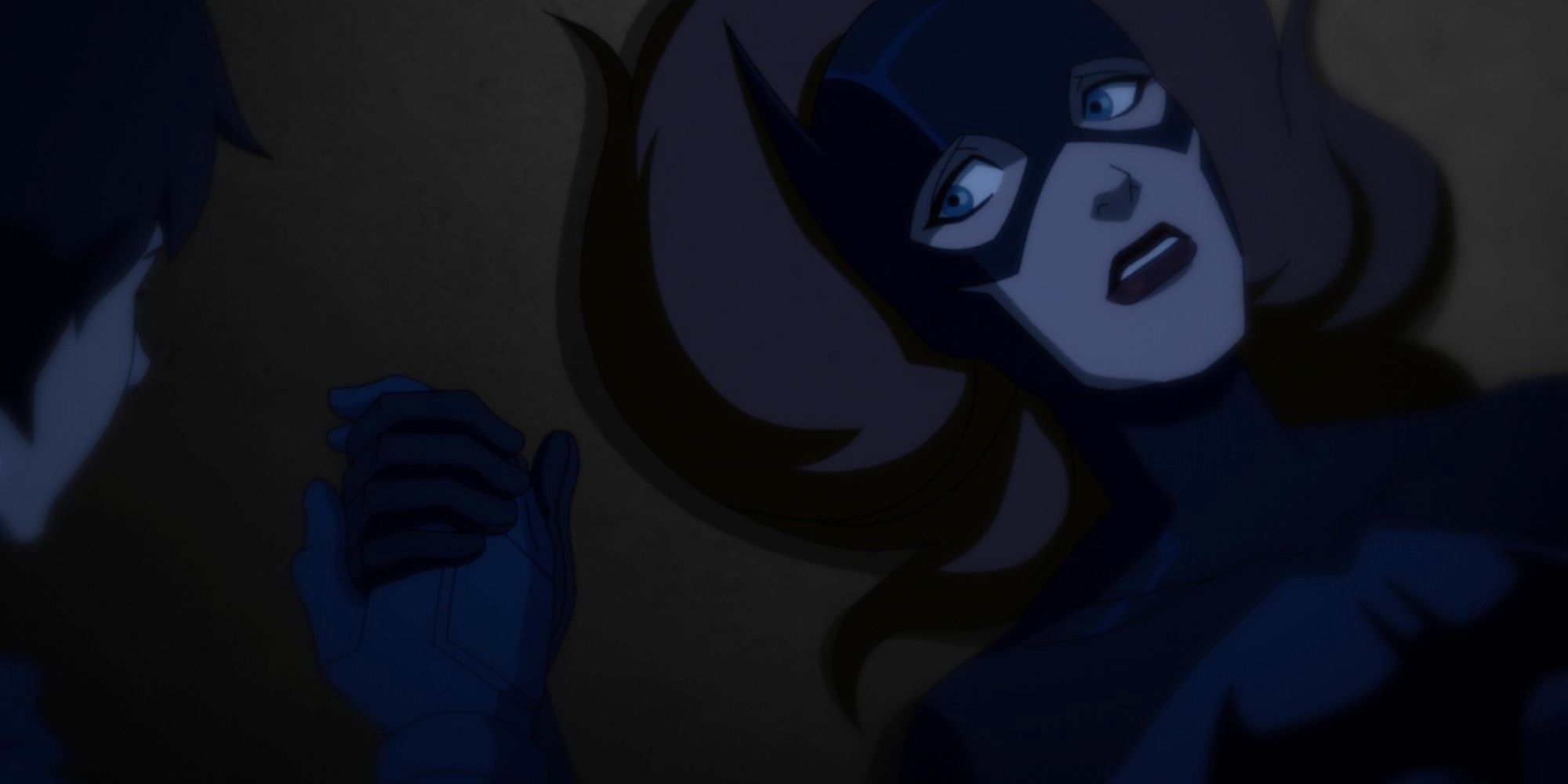 As for Cassandra Savage’s reveal, I admit they got me. Onyx could still be a plant like Artemis says, but I really thought Cassandra would turn out to be genuine. It’s pretty low to pretend to be upset about your dead sister to garner sympathy. I’m surprised Artemis didn’t even consider that Cassandra’s missing arm was a ruse since she herself did the same thing to hide in plain sight in Invasion. However, it didn’t occur to me that the arm injury was a fake either, just that her story of how it happened was untrue. The best thing about “The Lady, or the Tigress?” is the atmosphere and building tension throughout the episode. Everything ties together in a very satisfying way, narratively, thematically, and visually. Artemis’ readings from The Lady or the Tiger? connect well with the episode’s events. Her attempts to introduce Onyx and Cassandra to the team’s unique slang were humorous.

“The Lady, or the Tigress?” is a great episode of a season that just keeps getting better. The animation, dialogue, character interactions, and overall ambiance of this episode are excellent. I’m still (perhaps mistakenly) waiting for the reveal that Conner isn’t dead, but overall, I’m whelmed with the season so far.

Young Justice Season 4: Phantoms, Episode 7, "The Lady, or the Tigress?"

"The Lady, or the Tigress?" is a great episode of a season that just keeps getting better.