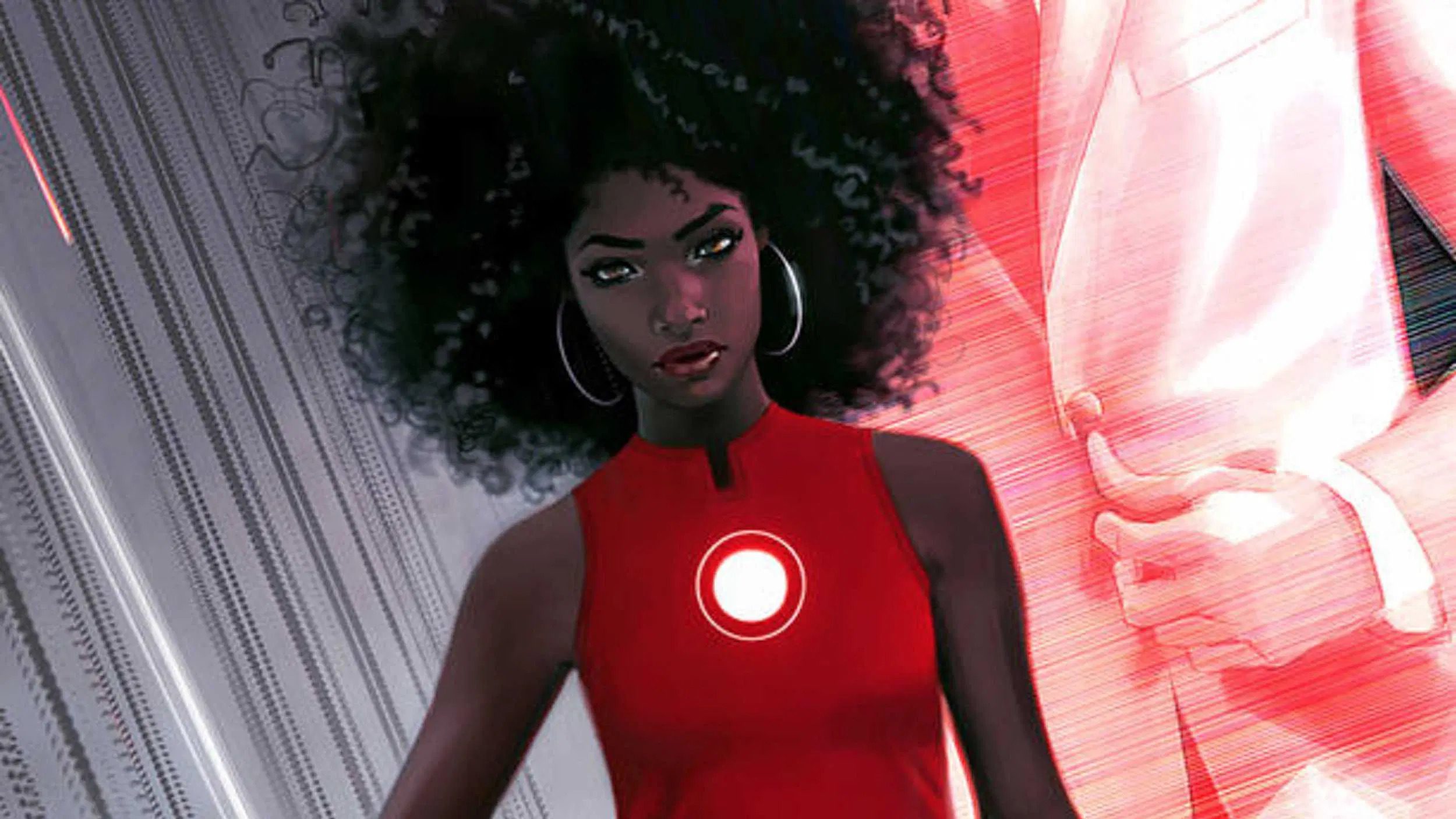 Next summer, Marvel is giving its audience two replacement characters for the price of one. ComicBook.com exclusively reports that Riri Williams, who becomes Iron Man knockoff Ironheart, will make her MCU debut in Black Panther: Wakanda Forever. While the plot of Wakanda Forever is not yet known, it’s highly suspected that it will involve T’Challa’s sister Shuri, played by Letitia Wright, assuming the Black Panther mantle from her brother due to Chadwick Boseman’s tragic passing last year. Dominique Thorne will portray Riri Williams in the film and then in a Disney+ series called Ironheart (and, I think it’s safe to assume, Armor Wars). Most of the main cast from Black Panther is returning for the sequel, as is director Ryan Coogler and co-writer Joe Robert Cole. Black Panther: Wakanda Forever is scheduled to release on July 8, 2022, while Ironheart’s Disney+ debut date hasn’t been announced.

I mean… okay, I guess. I don’t think anyone is particularly excited to see Riri Williams enter the MCU. I haven’t read any of the comics featuring her – I don’t hate myself that much – but I’ve read and heard about them, and they sound both awful and in keeping with Marvel’s more recent Disney+ offerings. I mean, does this not fit with Sam Wilson’s all-new, all-different personality in The Falcon and the Winter Soldier? Riri getting mad at her teacher for not being racist is kind of like knocking Steve Rogers for choosing a black guy to replace him. But her coming was inevitable before it was announced; the interesting part is that she’ll be introduced in Black Panther: Wakanda Forever. Eric July made a good case for why this is more insulting than the producers probably think it is earlier today; it reminds me of when Jeff at WorldClassBullshitters talked about the dumb way they used rap music in the Black Panther trailers a few years ago. But beyond that, I wonder if they’ll use this as a way of changing her wacko backstory from the comics. Now that T’Challa has opened Wakanda to the rest of the world, maybe she’ll get some kind of scholarship to study science and technology there, so Shuri can teach her what she’ll need to build an Iron Man suit. It’s better than imploring a teacher to be racist towards her.

Are you excited to see Riri Williams turn up in Black Panther: Wakanda Forever? Do you like the character? Will she and Rhodey get into a “Battle for the Cowl” type war to be the next Iron Man? Let us know in the comments and stick around Geeks + Gamers for more movie news!

Contrary to popular media outlet belief, this character being black isn’t a shield from all criticism: everything I’ve heard about Riri Williams makes my skin crawl.

Demanding someone be racist towards you is kind of a benchmark in crazy. I’m not sure how you top that, but I’m sure they’ll try.

I reckon that given their recent boxoffice bombs and more disasters incoming like Shang chi and the Eternals, Disney must be rethinking the direction of the MCU not to mention their other properties like the disaster in waiting The Little Mermaid and that new awful Cinderella movie. They will probably push forward but I bet the executives are having some sleepless nights. They can prepare themselves to lose a lot of money.