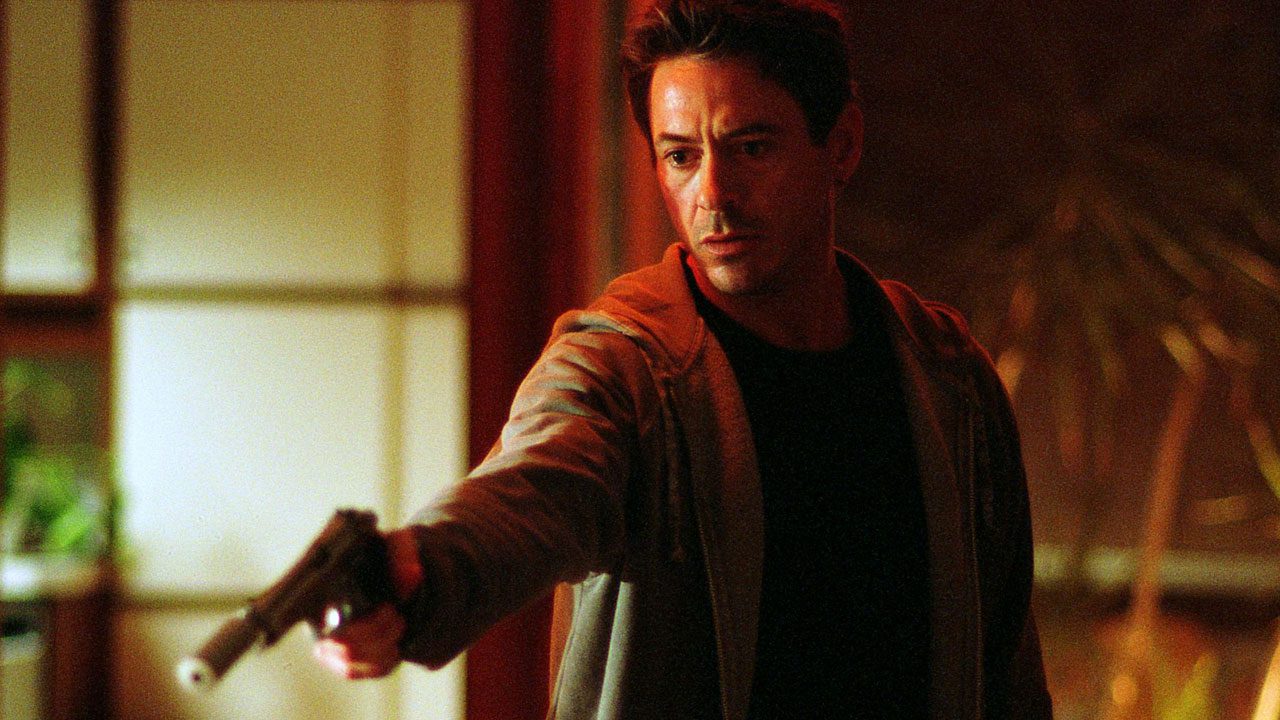 Another literary legend will be joining the Jacks Ryan and Reacher on Amazon. According to Matthew Belloni’s “What I’m Hearing” newsletter on Puck (which requires a subscription to read, but it looks like ComicBook.com was the first to spread the word), Shane Black has written the screenplay for a movie based on Richard Stark’s master thief Parker for the streaming service, with Robert Downey Jr. to star. Downey, his wife Susan Downey, and Joel Silver will produce. Parker is the antihero – sort of; “protagonist” is probably as far as any morality-based descriptors should go – of a series of crime novels by the late Donald Westlake, written under the pseudonym Richard Stark (which itself formed the basis for half of Stephen King’s former pseudonym, Richard Bachman). The Parker books have been adapted in the past, most notably the first one, The Hunter, as Point Blank in 1967 and Payback in 1999. Various others found their way to the big screen too, but aren’t remembered as well. There’s no timetable for production or release yet; we don’t even know which of the books is being adapted, if it’s even a straight adaptation and not just an original story featuring Parker. We can assume, however, that it will take place at Christmas.

Right off the bat: I’m a fan of all three of these things. Shane Black is one of my favorite screenwriters, especially when it comes to action, crime, and Christmas; he’s responsible for my yearly Christmas Day watch. And at this point, who doesn’t love Robert Downey Jr.? The rub is, I’m also a big fan of Richard Stark’s Parker books (and if you like crime fiction, you need to read them, preferably in order; they’re not only well-written and extremely influential but a lot of fun). So, as much as it pains me to say this, I don’t think this is the right pairing of creatives and material. Parker is a dark character, a thief with no conscience or noble “code;” what rules he has exist solely to help him pull off a successful heist. For example, the only reason he tries not to kill (though inevitably does at least once a book) is that leaving bodies in your wake makes it easier for the cops to find you. I don’t see Robert Downey Jr. playing that type, especially now that he’s mostly trading off his charm. Likewise, I don’t see Shane Black writing a story about an efficiently laconic character who doesn’t make wisecracks or participate in banter. Don’t get me wrong – Shane Black is an absolute genius at writing banter. But that’s not right for Parker. I think what we’re in for is a repeat of 2013’s Parker, which was a good Jason Statham movie but a lousy Parker movie, despite being based on one of the novels. (Nick Nolte, who played a supporting role in that film, would have made a sensational Parker in his day.) Or maybe I’ll be pleasantly surprised; it’s happened before.

Are you excited to see Shane Black and Robert Downey Jr. make a Parker movie? Have you read any of the books? How long into the film will it be before Parker tells someone to “go spit”? Let us know in the comments and stick around Geeks + Gamers for more movie news!

Glad you are back! I was a little nervous with you gone for two weeks! Could you continue reviewing Superman and Lois, and also, talk about new Doctor Stranger: Multiverse of Madness trailer??

Yeah, I’m still around. I’ve been taking care of a family member for the past few weeks, so I’ve spent most of my time at Geeks + Gamers on editorial duties. But I will be continuing with Superman & Lois when it comes back this week, and I’ll make time for that Doctor Strange trailer too; I’ve got a few things to say about that. Thanks very much for missing me!