Robert Pattinson’s Road to Batman: Harry Potter and The Goblet of Fire 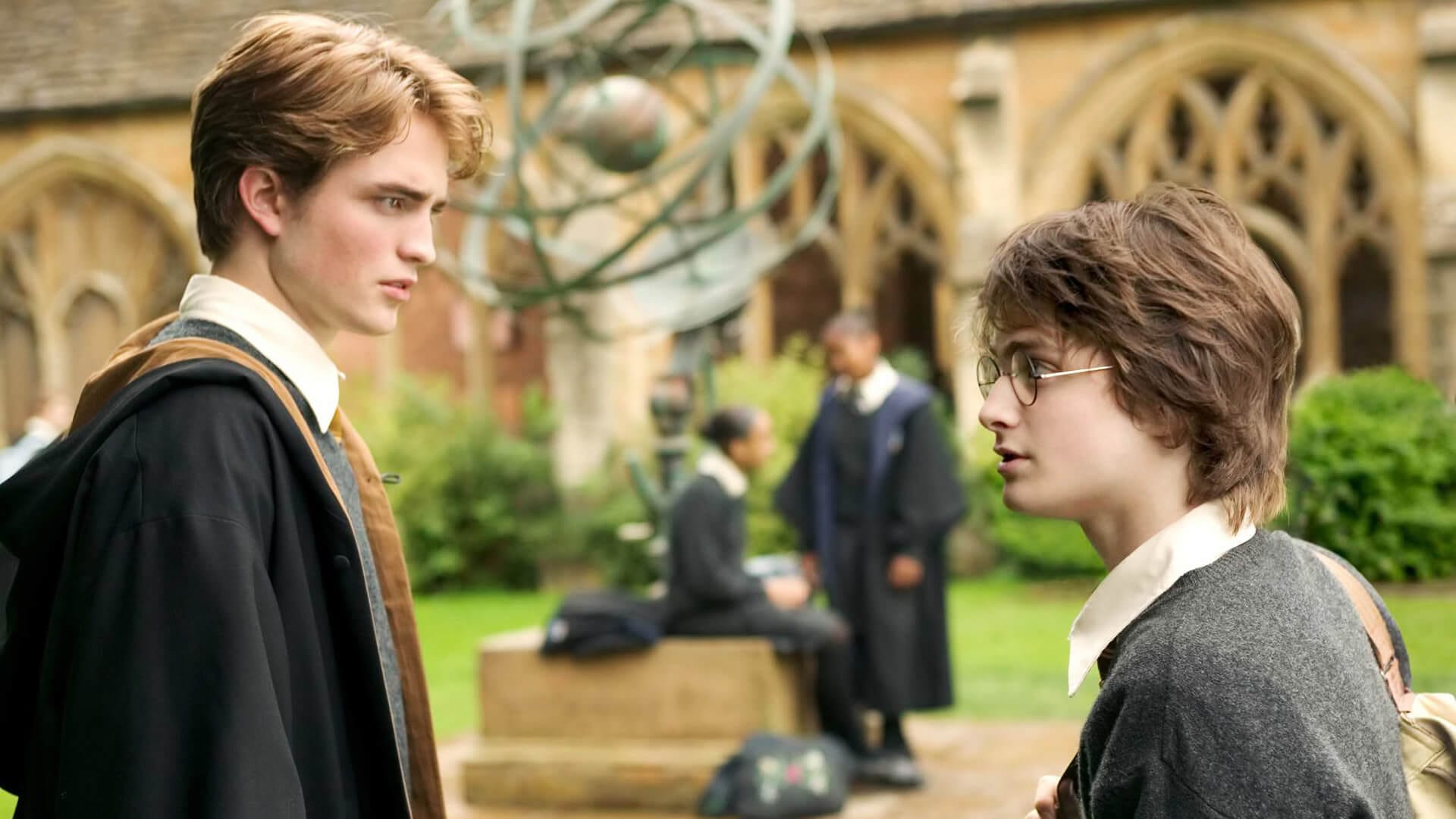 Robert Pattinson is about to take on the biggest role of his career, a career at which many movie fans have looked askance thanks to the phenomenon known as Twilight. But the first time moviegoers like myself saw him was not in the divisive vampire saga, but in the fourth installment in the Harry Potter series, Harry Potter and the Goblet of Fire. Like most people, the Wizarding World was something with which I grew up, both in the JK Rowling novels and their film adaptations. Every time a new Harry Potter movie premiered, I would go to the theatre and embrace the energy and, well, magic the series offered, growing up with Harry, Ron, and Hermione and experiencing things much in the same way they did – with this exception of the magical aspect, of course. However, with age comes experience and all the complications that, up to that point, I had yet to contemplate. I first started to notice this in the third film, Harry Potter and the Prisoner of Azkaban; but it was in the fourth film, particularly the plotline concerning the Triwizard Tournament, that the maturity and complexity of the growing series came to the fore.

Harry Potter and the Goblet of Fire served as a turning point in the much-loved franchise, and a lot of that was down to Pattinson’s role of Cedric Diggory. The parallels to real life became more pronounced, particularly what it is like to go through childhood and adolescence, and the kinds of people we meet along the way. We all remember having run-ins with the upperclassman who does everything right, and Pattinson’s Diggory fits that bill here. In hindsight, he very much reminds me of the character of Finn from Glee. He seemed to have it all, yet he didn’t believe himself to be better than anyone else, which is exemplified early in the film as he helps Harry up after going through the Portkey. It’s a reminder of how effective one simple action can be to help set the tone for a character. Diggory could very easily have just walked away and laughed, but instead, he helps Harry up; thus, when what is the most tragic moment in the film happens in the third act, we feel the loss all the more. And yet it is this loss that helped Pattinson three years later when Twilight was released, with him now being familiar to genre fans and Potter Heads wanting to support their beloved Cedric Diggory in his new project. While that, perhaps, did not end as well as most people hoped, it did introduce him to Warner Bros.

The latter is particularly important for a myriad of reasons. The studio is known to collaborate with the same talent many times throughout the years. Look no further than the former Batman himself, Ben Affleck, who has been a part of the Warner Bros. family for the bulk of his directing career. No matter what happened, they would always back his play, which culminated in his selection to play Bruce Wayne – and gives credence to the rumor that they were looking for someone in-house to replace their once-star director in the titular superhero role. Once you were in with the studio, the sky often seemed the limit for what you could do in your career, as Warner Bros. brass at times appeared to emulate the old studio system of the 60s, when they would groom talent. It is fair to say at this point that the latest benefactor of this ideology is Pattinson, particularly when you consider his upcoming projects, most notably the Christopher Nolan film Tenant. In a way, it is poetic that Pattinson will play the Caped Crusader. The studio that gave him his first break as an actor and introduced him to the world of big-budget filmmaking will now serve as the conduit for the next stage in his career. Yes, there was a different studio head back when Harry Potter and the Goblet of Fire came out and the series was at it zenith, but despite his later franchise work, Pattinson clearly made an impression at Warner Bros., to say nothing of the fact that he has more or less followed the same path as Christian Bale after his franchise work.

But the idea that Pattinson has been through the big Hollywood machine before will no doubt serve him well when he puts on the cowl. In fact, I would argue that Pattinson is the most prepared out of any Batman actor we’ve had, and we owe a lot of that to Harry Potter and the Goblet of Fire. By playing a supporting role in this iconic series, he was able to stand back and see how things work in this kind of filmmaking from early on in his career. Ever since the age of spectacle began, actors have had to find new ways to exist in the industry, something Kingsman’s Taron Egerton has learned first-hand after the first film in the spy series hit theaters in 2015. While there is a generational gap between the two in terms of their initial notice in the business, I still feel the comparison is apt considering they both have been involved in a transitional time in the Hollywood system. The only real difference is that Pattinson bore witness to this change in real time. While it would be easy for the most ardent cinephiles to be pessimistic about this chance, I believe that, under the right auspices, there is still great work to be done in the Hollywood machine. I only wish more franchise stars would get opportunities to costar in big films so that, when the time comes, they might be better prepared to answer the call – or, in Pattinson’s case, the signal.

Much like Batman himself in Christopher Nolan’s 2005 superhero opus, Batman Begins, Harry Potter and the Goblet of Fire was only Pattinson’s beginning, a beginning that happened to coincide with the Young Adult boom of the early 2000s. While the Harry Potter franchise benefited a lot from this, particularly as the franchise evolved, others did not fare as well, at least critically speaking – something that Pattinson would find out first-hand, which would change the trajectory of his career forever.