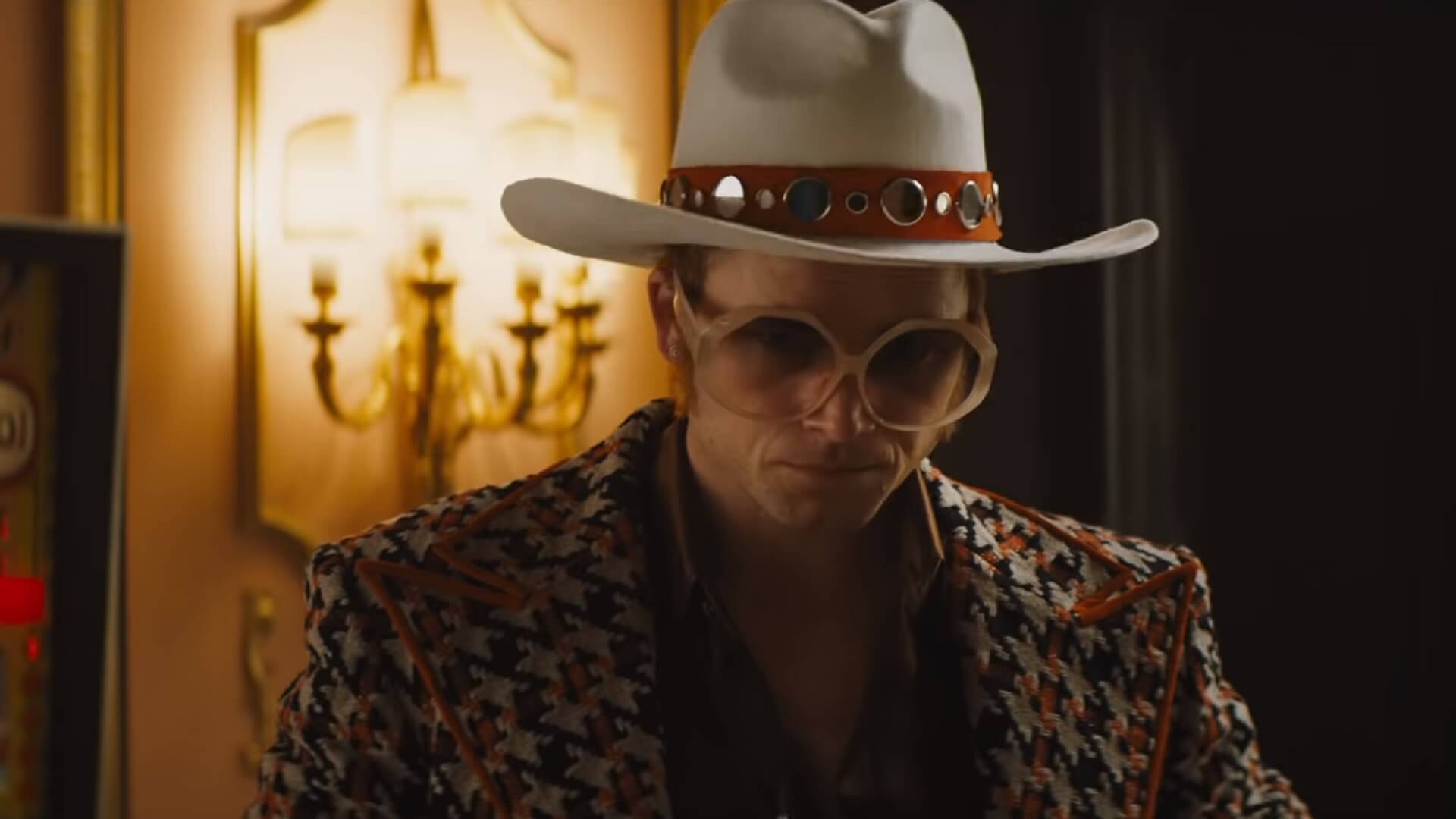 Touch down’s brought us ’round again to find that Paramount has released the first trailer for the Elton John biopic Rocketman. Well… “biopic” might be the wrong word. Earlier this year, star Taron Egerton said it would be more a “fantasy musical” than a straight biographical film, with John’s songs “used to express important beats in his life.” The Rocketman trailer confirms that, with some surreal clips of Sir Elton and his audience flying at a concert. Directed by Dexter Fletcher, Rocketman features Kingsman’s Egerton as Elton John during the early years of his legendary music career, with Jamie Bell as his frequent lyricist Bernie Taupin, Richard Madden as his manager and lover John Reid, and Bryce Dallas Howard as his mother. It is scheduled for release on May 31, 2019. Check out the Rocketman trailer below…

I really like the look of this movie. The Rocketman trailer conveys the surreal quality the film is going for, which is a breath of fresh air when it comes to biopics. We’ve seen so many of these movies by now that we can all predict every single story beat. Why not be a little more creative and do something different? And Elton John is the perfect person with which to experiment, as he’s such an outlandish figure. (You could probably make a whole zany movie just out of his sunglasses!) Taron Egerton looks (captain) fantastic in the role, and he sounds wonderful singing John’s hits. Much like Rami Malek in Bohemian Rhapsody (a small part of which is also directed by Fletcher), this could be the movie that propels Egerton to the big leagues.

What did you think of the Rocketman trailer? What’s your favorite Elton John song? Are you disappointed Justin Timberlake didn’t end up with the role? Let us know in the comments and come back to Geeks + Gamers for more movie trailers and news!