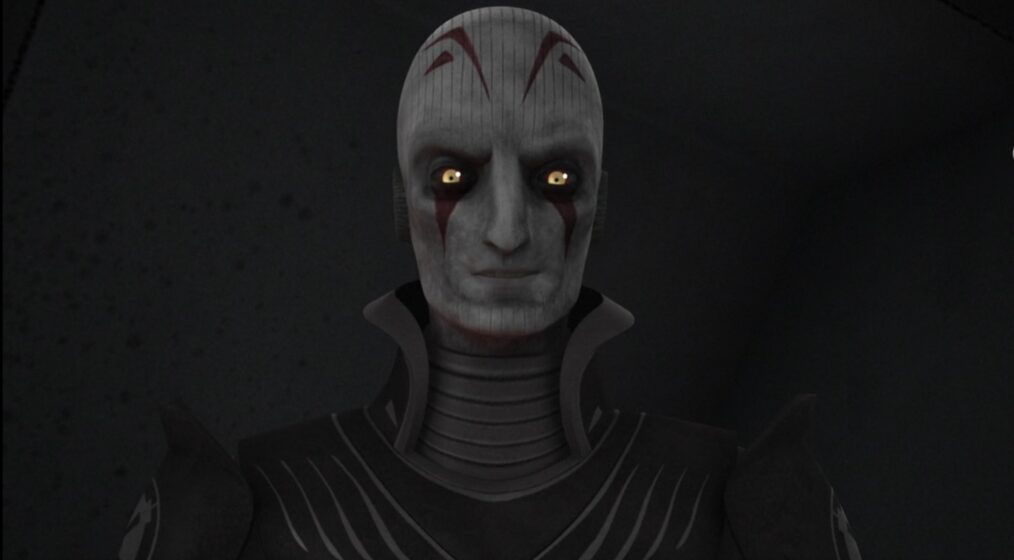 Actor Rupert Friend appeared on a recent episode of BBC’s The One Show to promote the upcoming Netflix drama series Anatomy of a Scandal. He kindly spoke about his role as the Grand Inquisitor in Obi-Wan Kenobi. Along with Hayden Christensen’s Darth Vader and Moses Ingram’s Reva/Third Sister, the Grand Inquisitor will serve as a major antagonist in the upcoming Disney+ series. The Grand Inquisitor was first introduced as the main villain of season 1 of Rebels, voiced by Jason Isaacs. The season 2 episode “Shroud of Darkness” offered a brief glimpse into his backstory. Friend had this to say of donning the costume and prosthetics for the role: “It was a sweaty, sweaty suit, and I did sweat buckets inside the prosthetics, which would pour across my face at the end of a day and make me look like a very, very miserable clown.” He later adds that it was “so worth it!” It stinks that Friend went through so much for the character’s ultimate appearance to be such a letdown. I like what little I’ve seen of Rupert Friend’s work, and even if I would have preferred Jason Isaacs to reprise this role, I’m happy for him being cast. I hope the costume and makeup look better in action, but I don’t have high hopes for that. This version of GI doesn’t look like his previous appearances or even that of the Pau’ans in Revenge of the Sith. I also wonder if Obi-Wan Kenobi is the most logical place to continue this character’s story. I always liked the Inquisitors on Rebels, and I would enjoy learning more about them, and the Grand Inquisitor in particular. But this show seems a little too big for its concept. I think it would have done them good to remember that this story is ultimately about Obi-Wan and his internal struggles. I’ll still watch, and I hope it’s good, but this addition is exactly the kind of thing that worries me. I’m more interested in the Inquisitor’s days in the Jedi Order than what he was doing between the two trilogies.

What do you think of Rupert Friend’s comments? Are you looking forward to Obi-Wan Kenobi? Let us know in the comments!