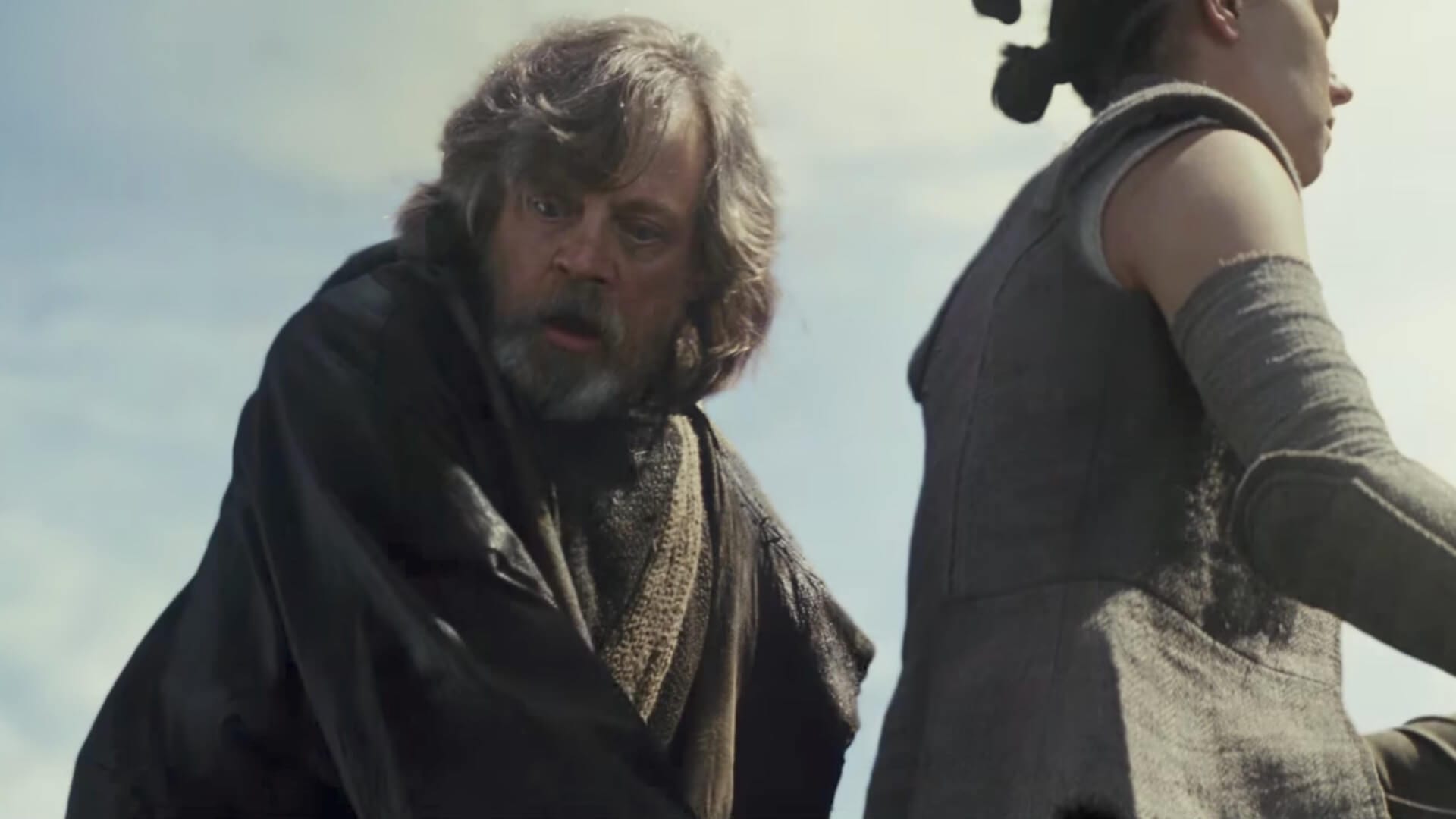 Do you dislike The Last Jedi? Then dasvidaniya, comrade.

Hyperbole out of the way (on my end, anyway), I’m referring to a recently released study by Morten Bay, a researcher from University of Southern California, entitled “Weaponizing the haters: The Last Jedi and the strategic politicization of pop culture through social media manipulation” [sic]. Dr. Bay is now a Ph.D., though most of this paper was written while he was a Ph.D. candidate; I stress this because what it says about the current state of academia is quite scary. The argument is that Russian bots and “trolls” have made the dissatisfaction with The Last Jedi felt by a portion of the fandom seem larger than it really is with the intent of sowing discord in American society. If that sounds ridiculous, it’s because it is, and Dr. Bay’s own study shows it. (I encourage you to read the study for yourself here, so you don’t just take my word for it.)

For his study, Dr. Bay looked only at tweets sent directly to Last Jedi director Rian Johnson during the seven months after the movie’s release. After filtering to ensure one tweet per account and eliminate things like retweets, unreliable gifs and the like, he came up with a total of 967 tweets sent to Rian Johnson about The Last Jedi “between December 13, 2017 and July 20, 2018.” He does, however, include “a number of tweets [that] can be said to be value-neutral in that they engage in discourse on the film, other Star Wars productions or general entertainment industry topics without passing judgment on The Last Jedi.” As an example, he uses a tweet that talks about Looper, another of Johnson’s films, and how it relates to the Jean-Claude Van Damme movie Timecop. Why is he citing tweets that have nothing to do with Star Wars in general, let alone The Last Jedi in particular? He says that people talking to Johnson on Twitter “without expressing negative sentiments towards [The Last Jedi] are also unlikely to actually harbor such negative sentiments, at least to a significant extent.” In other words, anything other than outright hostility toward Johnson should imply that the tweeter likes or is indifferent to The Last Jedi. That is a huge assumption; my guess is that he’s trying to pad the negative results. Whatever the case, this should already raise doubts about Dr. Bay’s findings. For example, he says that removing memes and gifs from his tweet collection doesn’t weigh things in his favor because “positive or neutral memes/GIFs far outnumber negative ones.” Lumping positive and neutral together, however, is suspicious, as we know what he means by “neutral.” 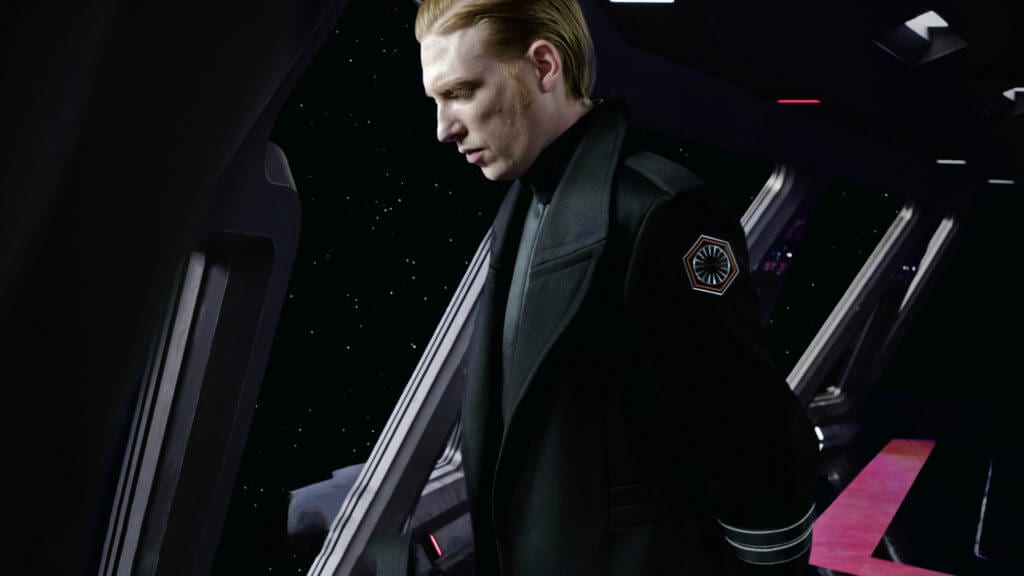 Looking at his findings, Dr. Bay says that 206 of the 967 tweets were negative. That’s 21.9%. Of those 206, he discounts 44 as “bots, sock puppet accounts or trolls” and 61 as having “clear political agendas.” That leaves 10.5% with what he deems are legitimate reasons for disliking The Last Jedi. 11 of the 44 are ones he believes to be bots, with the other 33 being sock puppets or trolls. (Oh, don’t worry; he later issues a disclaimer that, of course, there’s no way to really know.) What is the evidence for this? Things such as accounts popping up around the time of the movie’s release, not tweeting about anything else, tweeting about politics – including whether they retweeted President Trump and “black conservative activist and commentator” Candace Owen and other “far right or alt-right” figures – using phrases like “ruined Star Wars” excessively, tweeting about nothing but Star Wars or politics, going dormant for long periods of time, handles with titles disparaging The Last Jedi or SJWs, and similar criteria are cited. He also says that misspellings and other grammatical errors are indicative of Russian bots, trolls or sock puppets.

So let’s unpack some of this. First, to get it out of the way, the grammatical error charge is laughable because his academic paper is riddled with grammatical errors. Moreover, Twitter is notorious for those, as people often tweet in haste. Retweeting the President of the United States and people likely to agree with him is also a ridiculous criterion, as, believe it or not, more than 206 Twitter users like them (more than 967, as a matter of fact). Being opposed to SJWs is hardly indicative either, as there are prominent liberals who don’t like SJWs; Seth MacFarlane and Bill Maher come to mind [links NSFW]. The accounts that suddenly pop up or awaken from a state of dormancy are the most suspicious pieces of evidence, but these too can be explained; people are motivated to make social media accounts for all sorts of reasons. Using myself as an example, I joined Facebook on the suggestion of a long-distance friend that it would be more convenient to converse than via e-mail, and I joined Twitter when I began writing for Geeks + Gamers so I could share the articles and be better available to readers. With a movie franchise as popular as Star Wars, and an entry in that franchise as controversial as The Last Jedi, is it so unbelievable that people would sign up with Twitter to voice their displeasure? Or, if these accounts are also politically attuned, maybe they joined to express those opinions – and keep up to date with their favorite politicians and commentators – and secondarily criticized Johnson. This isn’t definitive either, but between that and Russian spies trying to destroy the republic via disagreements over a science fiction movie, which does Occam’s razor suggest is more likely true?

You may be wondering, as I was when I read the piece, what Dr. Bay has to say about people who display similar behavior but like The Last Jedi. Well, according to him, they just don’t exist. “No similar accounts were found on the positive/neutral side, where most accounts signaled that they belonged to an identifiable human being that had a high likelihood of being real (i.e. the accounts contained personal photos etc.) There were also no bots found among the accounts posting positive/neutral tweets.” [sic] To use a social media phrase I’ve come to loathe, I’ll just leave this here:

The argument would likely be that this account doesn’t check off every box of Dr. Bay’s. Well, according to him, most of the ones he’s citing as bots, sock puppets and trolls don’t either, but they help prove his point, so they count. Now, to be clear, I don’t think the guy in this exchange is a Russian spy or anything, but I don’t think those 44 Bay has identified are either.

Other than this, the paper is a litany of reasons why people who don’t like The Last Jedi can be discounted. It’s the usual “racist, sexist, homophobic” charges. Most interestingly on this front is a comment to Seth Rogen, where the tweeter said, “You know how I know you’re gay? You don’t want to remake last Jedi.” [sic] that he uses as his sole example of homophobia. Dr. Bay’s taste in movies is apparently different from my own, so I guess we should give him the benefit of the doubt and assume he’s never seen The 40-Year-Old Virgin. His examples of racism are anything that uses the term “SJW” (and, in one case, the suspicion that Disney does not want to be accused by said SJWs of the very racism Dr. Bay is now ascribing so freely), and sexism apparently refers to pointing out a perceived feminist agenda in The Last Jedi. And that’s the most infuriating part: many of the examples he uses of evil tweets (with the exception of the one directed at Rogen that was referencing a joke in a movie) have legitimate points about the film in them, and he addresses none of those points. He also uses disparaging language throughout, calling people who don’t like the movie “fantagonists,” a phrase he didn’t create (he cites the author) but uses much more liberally than the intended definition he quotes. This, I suspect, is the real point, and why he doesn’t care about how flimsy his data is; the paper is just another hit piece on unhappy fans dressed up as an academic study.

The people who like The Last Jedi are outraged that some of us disagree with them, so much so that they’re now trying to prove we’re either Russian saboteurs ourselves or being controlled by them. It’s ridiculous, of course, and nothing that should cause us anything but a laugh and a shake of the head, depending on our mood. But it’s a little disconcerting, especially when they’re getting what they want; Kathleen Kennedy will run Lucasfilm for at least another three years, meaning her vision of Star Wars will continue. Could they be worried that maybe there is something to the outcry? Doth the lady protest too much? It’s hard to say for sure, and I don’t want to assume, but one way or another, the release of Episode IX is going to be most interesting.

Now, if you’ll excuse me, Angela Lansbury wants to play a game of solitaire.