As most of you guys already know, here at Geeks + Gamers, we have many people on the team who are very unique. One that stands out is a being named Ryan Kinel. You’ve heard of Ryan, either through his strong opinions on YouTube or making fun of people’s Mii’s on Mario Kart. Regardless of how you know him, I bet most of you didn’t know that he is actually a hairless cat. Yes, you read that right. Ryan Kinel (with RK Outpost) is, indeed, a hairless cat – which explains his moodiness, his short-temper fuse, and the fact that he just hates everything in sight besides food and sleep. Despite his personality, he’s no alley cat; he’s, in fact, an indoor cat, and one of the sassiest ones I’ve ever met.

Here are some photos of him to prove that. 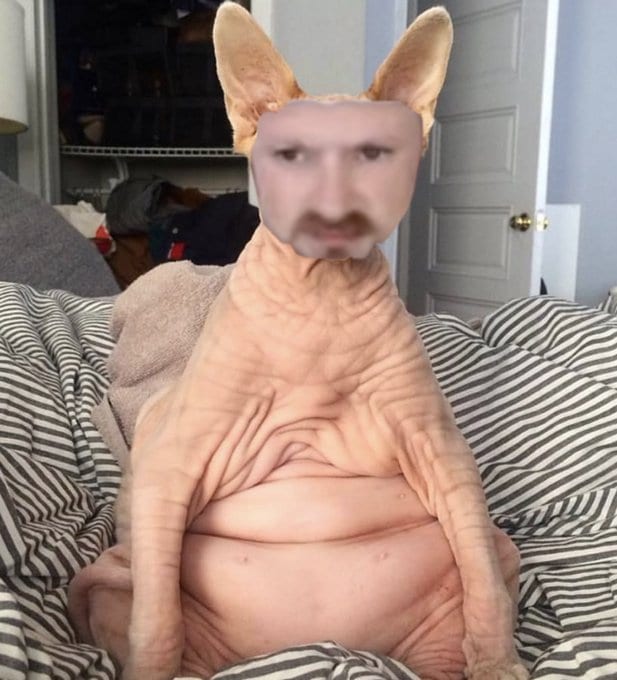 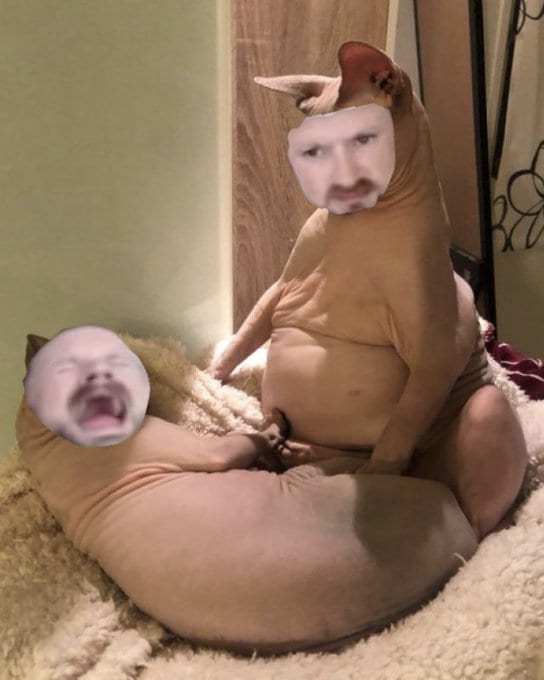 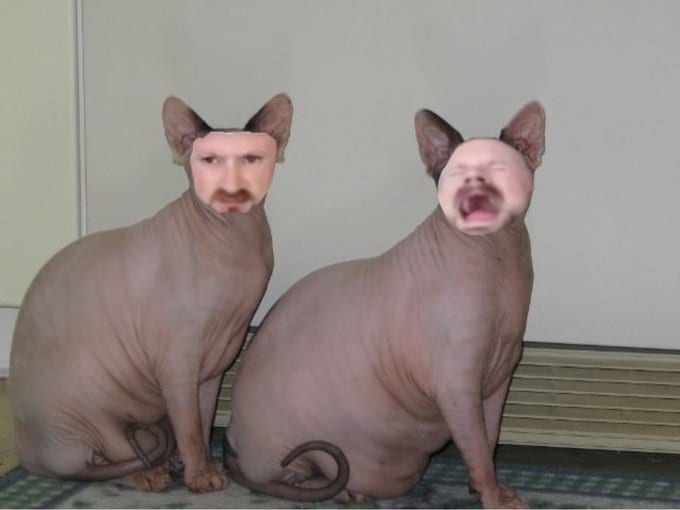 (If any of you think that these photos are edited, you’re probably a hater)

Having recently discovered his true identity, I took to Discord to get the word out there, and it turns out that Discord won’t accept these photos because they believe that they are nudes. What is wrong with society? Just because his nasties are hanging out doesn’t mean it’s his fault. He’s a hairless cat, unable to control his appearance. Knowing this breaks my heart, and I know that others will feel the same. Please show your support by going to his YouTube channel (Ryan Kinel – RK Outpost) and commenting on his videos with the hashtag #IStandWithRyanTheHairlessCat

Going by the pictures quite a chubby hairless cat.

Ryan Kinel as hairless Cat is the best ryan meme ever. LOLOL

I find this hilarious that Krista is posting her cats on G&G now.

I created my own version of Hairless Cat Ryan. You can find it here: https://www.geeksandgamers.com/topic/some-artwork-i-have-done/