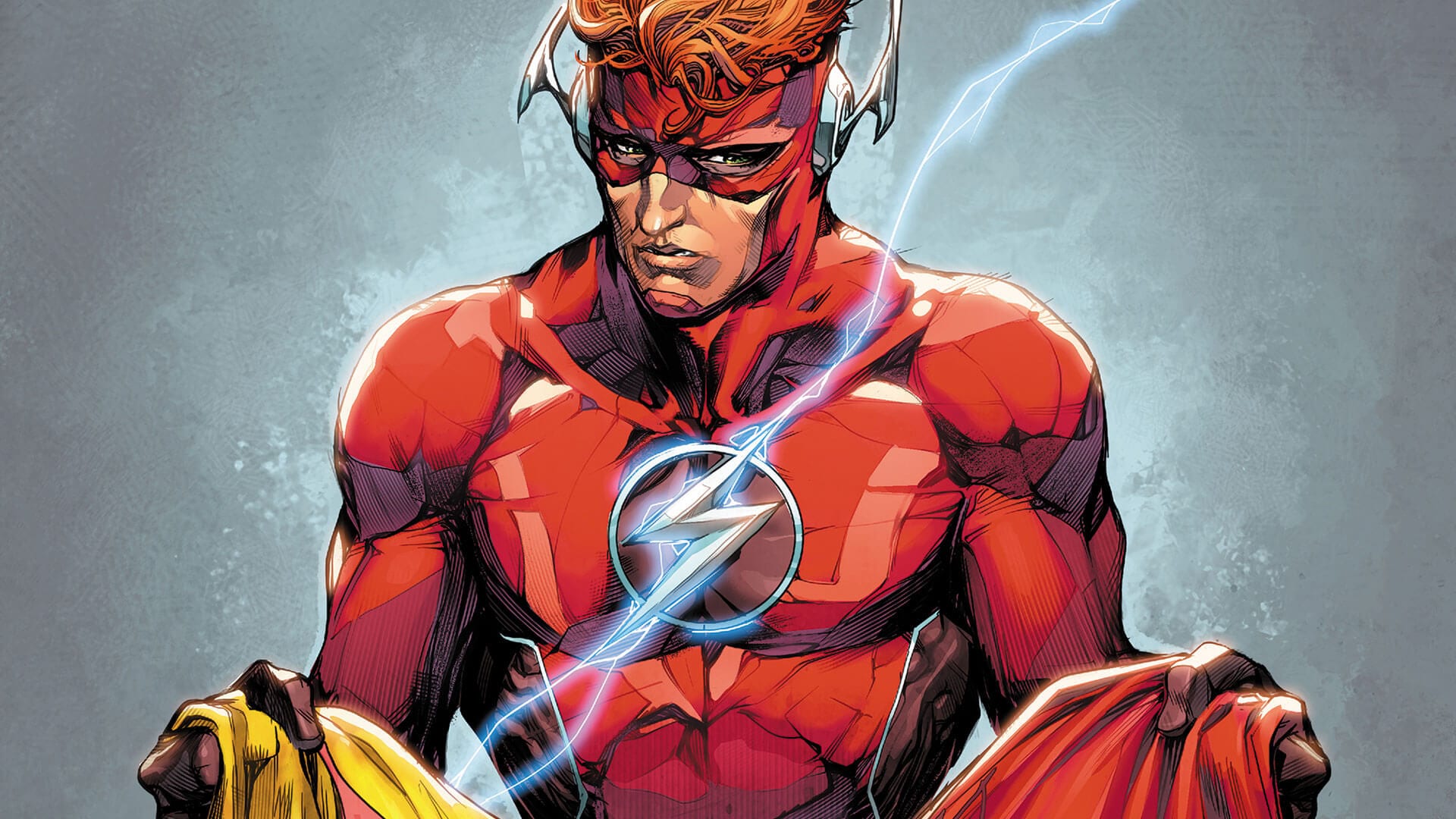 “His name is Wally West—and he was the Fastest Man Alive. That is until the Multiverse was rewritten without him or his family in it. Wally returned and tried to make it work, but the damage was done. Spinning out of the events of HEROES IN CRISIS, follow the man who called himself Flash on an adventure to find redemption in a cosmos that has fought so hard to destroy him.”

That’s the brief yet hopeful descriptor for a new six-issue solo miniseries for the Fastest Man Alive, Wally West. This new series that begins later this fall spins out of the tragic events of the recently wrapped Heroes in Crisis by Tom King and Clay Mann. The event was extremely controversial and saw many characters, especially this one, out of character to what fans knew them to be. At the outset of Heroes in Crisis, Wally West was seen having been killed off-panel at Sanctuary, a place for heroes to find a mental reprieve from their tragedy-laden lives. But as the event dredged onwards, we learned that not only was the hero, in fact, alive, but had actually been the accidental perpetrator of the mass killing of every hero and villain at Sanctuary. He then proceeded to frame Booster Gold and Harley Quinn (the only other survivors of the homicide) before attempting to kill himself as recompense for his transgression. The event’s finale saw Wally turning himself in to the Justice League and being thrown behind lock and key.

Fans of classic Wally West, who had only recently seen our favorite Scarlett Speedster return to the comics since his disappearance in the 2011 DC Universe reboot of the New 52, were less than pleased with this. The 2016 refresh of DC Rebirth saw Wally West brought back into a Multiverse that had forgotten him and his wife and children. And while Wally found his friends and peers in the Titans and Justice League, he still felt alone and yearned for his family. Last summer’s Flash War event saw him searching for his loved ones and willing to go to whatever extreme lengths necessary to see them returned to him, but instead wound up breaking the Speed Force. This had multiversal consequences that are still being discovered throughout the pages of The Flash and Justice League. However, the most important piece is that Wally felt broken and lost. For more info on the Force that runs DC’s speedsters, check out our Speed Force Primer).

Wally West is a hero who started out as a fan. Because of that, he displays a level of love for what he does that is unmatched by his peers. Seeing him in such a sad state of mind is just that – depressing. Fans have had no famine of choice words for both Heroes in Crisis writer Tom King and the publisher regarding how their favorite character has been handled since his return. That there may be light at the end of the tunnel for Wally West, as it’s now become known that writer Scott Lobdell (Nightwing and Red Hood and the Outlaws) is teaming up with superstar artist Brett Booth (The Flash, Justice League, Titans, and Batman Beyond), along with his go-to colorist Norm Rapmund, to return Wally West to prominence.

Booth is far from shy about his love for penciling DC’s speedsters, and Wally West has always been among his favorites, so I’m greatly looking forward to seeing him bring that passion to the character! Booth has personally been my favorite Flash artist since Ethan Van Sciver and Geoff Johns’ Flash: Rebirth, and my favorite Wally West artist since Mike Wieringo, so I could not be more excited for this project. The starting line gun to this six-issue miniseries goes off September 18th of this year, so happy birthday to me!