Avengers 4 may be at the forefront of all our minds, but Marvel reminded us there’s one more movie before the big showdown with Thanos by releasing a second Captain Marvel trailer tonight. An Avengers trailer is expected to debut on Wednesday. It’s a smart strategy; make them feel like a shared event so the remaining solo movie doesn’t get lost in the shuffle. Giving Nick Fury such an important role also helps convey how important Captain Marvel is; the cohesive glue that held the MCU together has been mostly absent in Phase 3, so seeing Samuel L. Jackson show up in this one (give or take an eye patch) automatically lends it weight. In addition to Brie Larson and Jackson, Captain Marvel stars Jude Law, Ben Mendelsohn, Annette Benning, Gemma Chan, Lee Pace and Djimon Hounsou, and will hit theaters on March 8, 2019. Check out the second Captain Marvel trailer below…

I like the look of the movie. The cosmic stuff is excellent, and that shot of her flying through space and shooting down attacking ships is awesome. Marvel is going out of its way to make sure people don’t think this will be an Ant-Man style solo film, with a low-key story that, while good, isn’t nearly as exciting as the big team-ups. Captain Marvel appears to be about Carol Danvers discovering her identity after being turned into a powerful warrior by the Kree, with the Kree-Skrull War as the backdrop. Sending the hero on a personal journey in the midst of an intergalactic war between two alien races is very much in the Marvel tradition, and that will allow them to introduce audiences to Carol while keeping the intensity high in the lead-up to Avengers 4. I also enjoyed the opening lines, where Nick Fury boils the conflict down to the Kree being good and the Skrulls being evil, and Carol says the Kree are “heroes.” Those distinctions are sure to get murky by the end of the movie (Carol’s “I’m not gonna fight your war; I’m gonna end it” line jibes with that).

What really gets me excited, though, is the Skrull saying “This war is just the beginning” in the Captain Marvel trailer. I have a hunch – and I doubt I’m anywhere near alone – that they’re setting up Secret Invasion for Phase 4. If I may speculate wildly for a moment (and if you’re sensitive to potential spoilers from fan guesswork, skip to the end), Joe Russo recently suggested that, despite how Chris Evans’ reflection on playing Captain America sounded, he isn’t quite finished with the role yet. Could the old school Avengers – or at least some of them – be replaced by Skrulls? What if the main Avengers are secretly the bad guys and it’s up to the newbies to save them and the world? I think this is my go-to theory now.

How did you like the second Captain Marvel trailer? Are you looking forward to the movie? Can the Avengers 4 trailer measure up to this one? (I’m joking; I like this one a lot, but come on now.) Let us know in the comments and stick around Geeks + Gamers for more coverage of this big Marvel week! 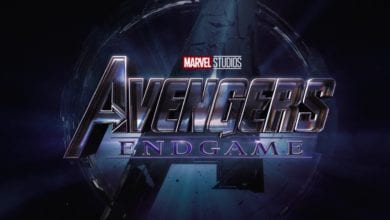 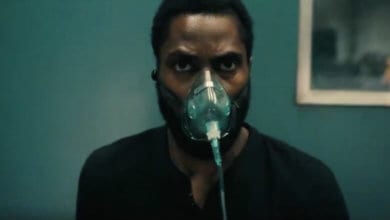