Shaq is DONE with Celebrities

"These people are out of their freaking mind..." 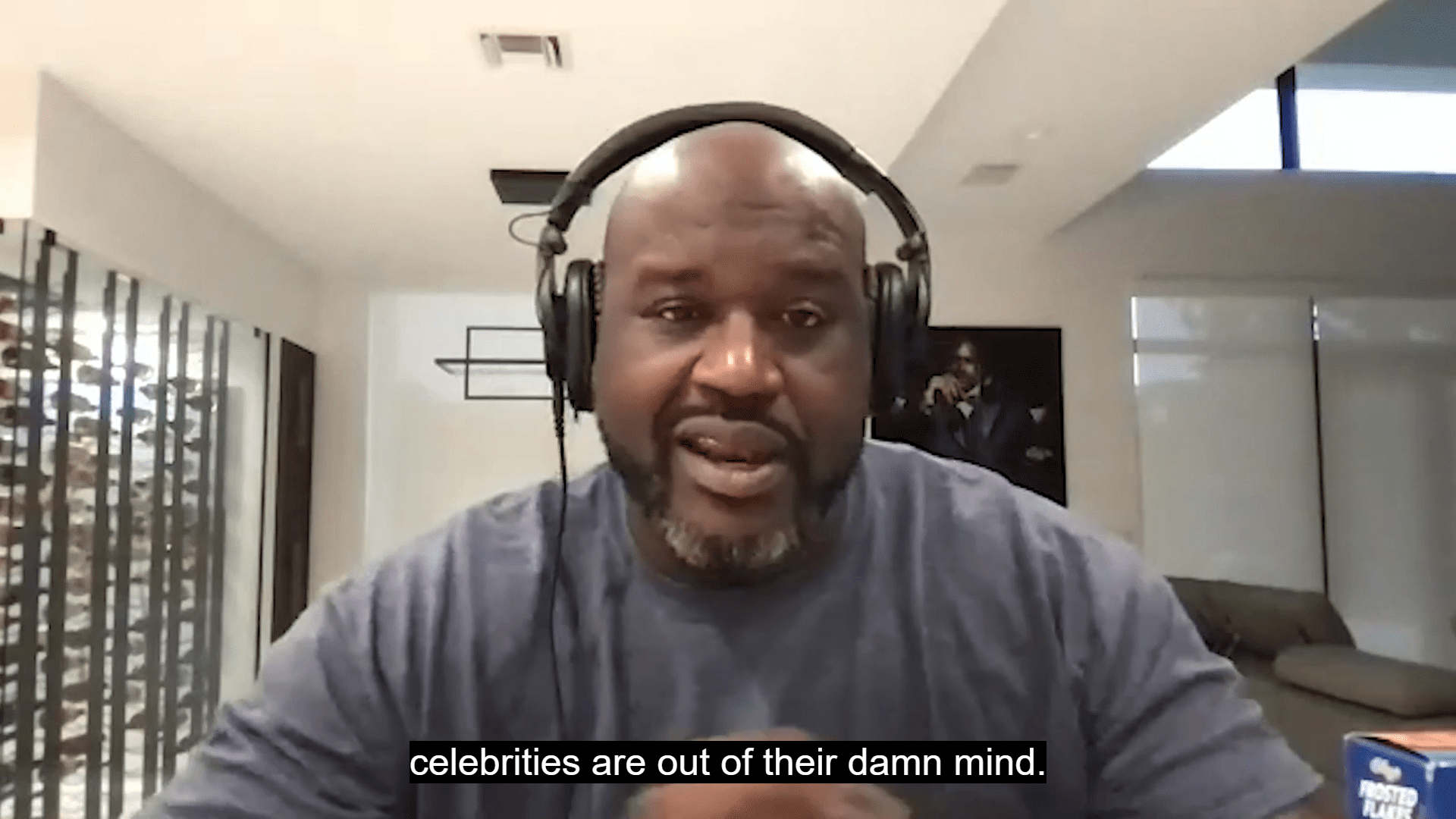 Hard to argue that fact when “The Big Aristotle” drops the kind of knowledge he did when speaking with The New York Post, saying that he no longer wants to be classified with his fellow celebrities.

“I don’t want to be in that category. Celebrities are crazy, the really are. Don’t call me that anymore. These people are out of their freaking mind with how they treat people, what they do, what they say. That’s never been me. I never want to be looked at like that.”

“Diesel,” the four-time champion and (somehow only) one-time MVP, would much rather be remembered for the work he does, the random acts of kindness that have characterized his off-the-court demeanor in retirement that he aims to do at least twice a week.

"I'm just trying to make people smile… That's all."@SHAQ helped a young man out at a local jewelry store by paying for his engagement ring. pic.twitter.com/eK8n0YHGb7

In April of this year, going into the Zales that carries his jewelry line, Shaq noticed a young fella about to make the worst decision of his life by buying an engagement ring. Had no one recorded the event, his generosity of purchasing the ring outright for the guy, whom he had never met before, would have just been an unbelievable story that man would one day be recanting to a judge in family court.

“This is one of the best things you guys could have ever given us.”@SHAQ surprised one of his favorite Atlanta food spots “Restaurant 10” with $35K in Employee Relief Fund with @TheGeneralAuto 🙏 pic.twitter.com/ZyK6uX2zHN

Or how about dropping a cool $35,000 for the Employee Relief Fund for one of his favorite eateries, Restaurant 10, helping them stave off the effects of the government-induced lockdown?

Steel himself is deputized in Louisiana, Florida, and Georgia. On Thanksgiving weekend 2018 – on his way to hand out meals no less – he came upon a car accident in Miami and saw the young family shaken up, so he went over and stayed with them, cheering up the kids until the proper authorities could arrive.

There are numerous other examples of the “Big Baryshnikov” doing incredible things with his fame and wealth to affect real change, instead of showing up at, say, a $30,000/person event with other celebrities with a vacuous slogan emblazoned on his size-58 jacket, like say, “Tax the Rich.” No one would be that idiotic…

Growing up dirt poor in Newark, New Jersey, before becoming the rim-destroying, 7-foot-1 superstar from LSU (where his son Shareef is playing; he’s not quite as tall as the old man, at only 6’ 10”), going 1st overall in the 1992 NBA draft to the Orlando Magic. “I came from nothing,” O’Neal said. “Just because I made it doesn’t mean I’m bigger than you, smarter than you. Just because I have more money doesn’t mean I’m better than you. I’ve never been that way, and I never will be that way. So, I don’t want to be in that category of people.” 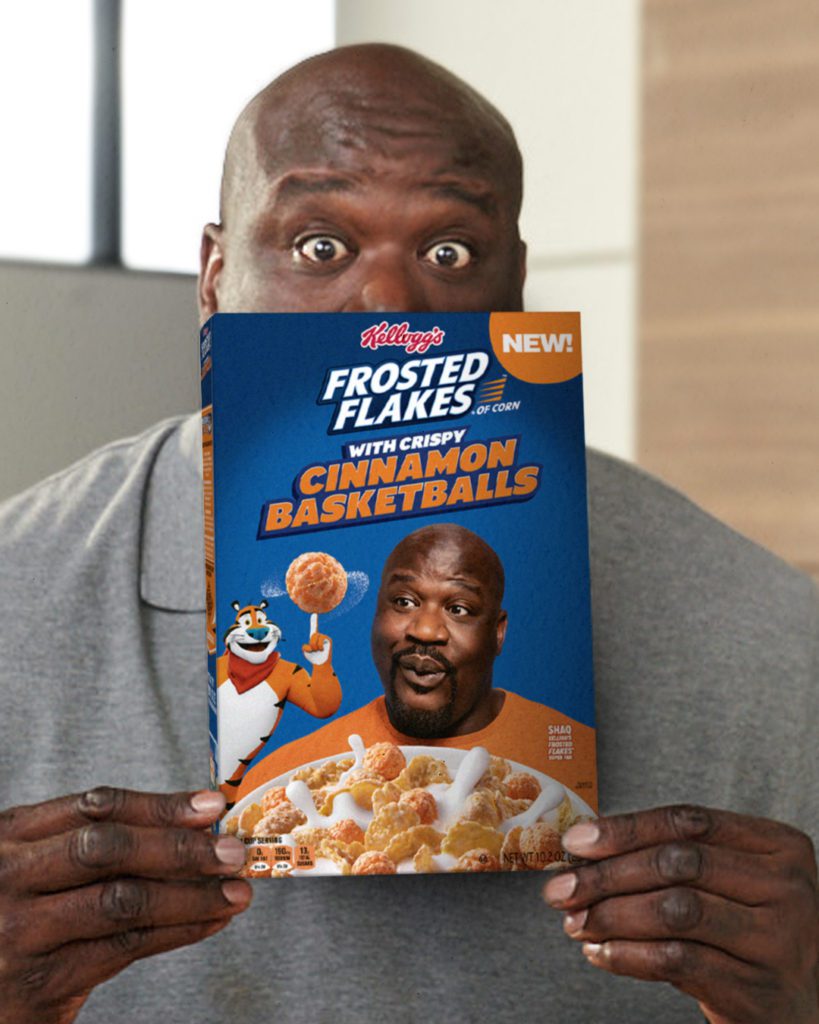 The reason for this absolute based take is that the “Big Shaqtus” has partnered with Kellogg’s to create “Frosted Flakes with Crispy Cinnamon Basketballs.” In tandem with “Mission Tiger,” the proceeds of the cereal will impact 60,000 middle-schoolers in the six cities where the “Shaq Attack” rattled rims – Orlando, Los Angeles, Miami, Cleveland, Phoenix, and Boston. “And now, with this game-changing mission, we’re going to purchase new sports equipment, uniforms, pay for sports courts, refurbish playing fields, and provide new training equipment.”

In a new era of shying away from (or purposefully attempting to destroy) organized sports and anything perceived as classically masculine, helping out the young ones on the way up is a laudable effort that the NBA itself no longer stands for; but it’s a perfect opportunity for the “Last Center Left.”