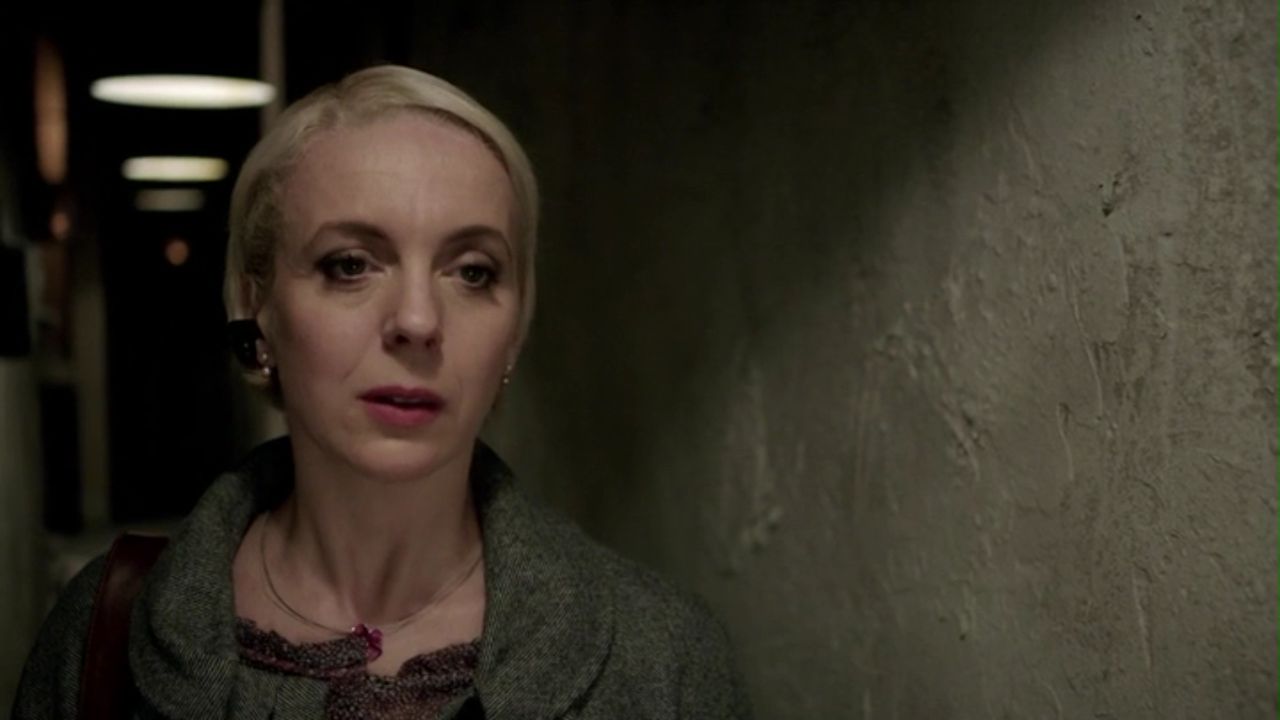 The current political situation surrounding the Ukrainian invasion is the source of an ever-widening cesspool of Hollywood filth, as more and more celebrities twist the invasion to be about themselves. Stars like John Cena, AnnaLynne McCord, and others have stuck their noses into a situation they know nothing about to remain relevant through these turbulent times. Irregardless of your political positions or your opinion of the invasion, most people can agree that such comments serve no purpose and only distract from the real issues.

These incredibly vain narcissists cannot stand being out of the spotlight for a single moment. Their cringe and, frankly, embarrassing displays of egotism have rubbed many fans the wrong way, uniting their followers against these adult pretenders’ lack of tact. However, one of their own is standing against them and mocking them for their pretentiousness. Sherlock star Amanda Abbington had this to say:

A word of advice. 💙 pic.twitter.com/Qtp8DfTY6D

“Celebrities from around the world,’ if you are thinking of posting any kind of poetry, sonnet, Shakespeare text, or ‘Wind Beneath My Wings’ in different keys and mashed together in some hideous montage in order to help the people of Ukraine, please don’t. It doesn’t serve anyone; it just makes you look like a dick. What you could do are two things. Either shut the f*** up and don’t do anything, or you could donate some money to the Ukraine people and make sure they are getting enough supplies and food and being looked after. They’re the two things you should do. The poetry, sonnets, and Shakespeare is something you should steer very clear of. So, to recap: no poetry, no sonnets, no singing ridiculous songs. Just be quiet and shut the f*** up. Thank you.” 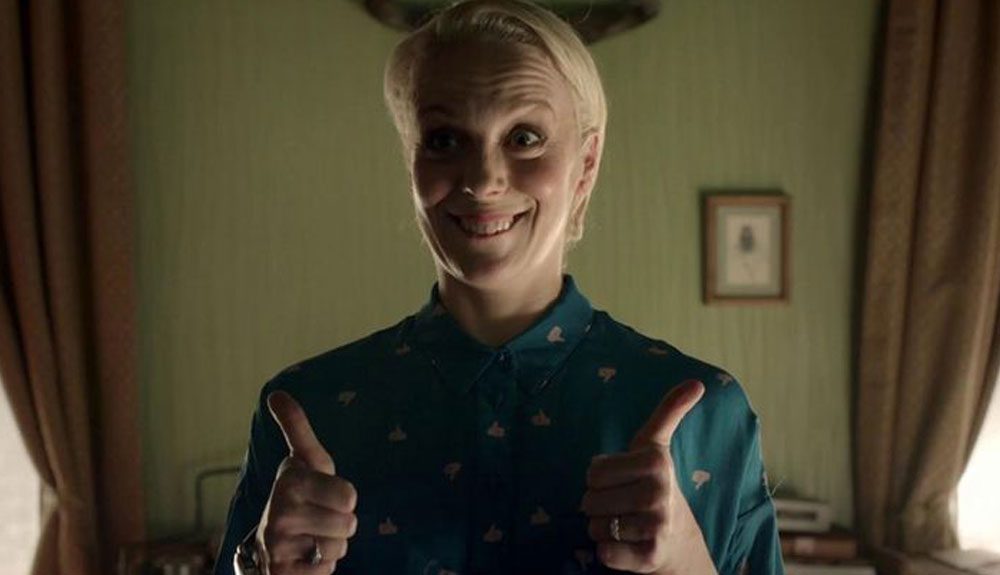 It must be noted that Abbington has said some unsavory comments in the past, getting far too political in certain instances, but that does not take away from the truth of these words. Despite only directing these comments at Hollywood in this singular situation, these words of wisdom apply in many other instances of Hollywood celebrities putting their noses where they do not belong and  grandstanding about their political superiority over the common person.

“Just be quiet and shut the f*** up” is precisely what these celebrities need to hear on occasion to bring them down a peg. “Do as I say, not as I do” seems to be the general attitude of Hollywood these days, and to see them mocked for this mentality by one of their own is great. 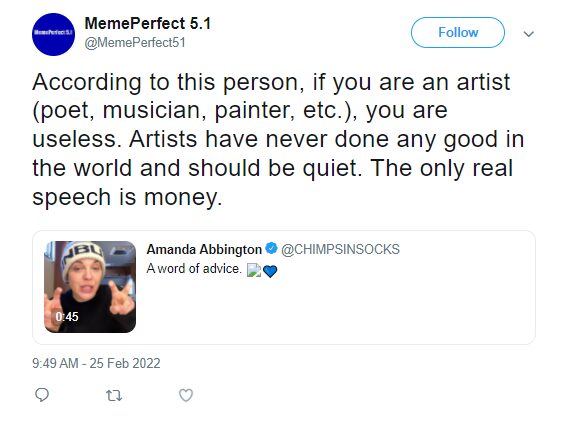 This post garnered a lot of backlash for Abbington, the Twitter NPCs going after her for mocking their beloved gods. One user, with a now-deleted account, responded:

“According to this person, if you are an artist (poet, musician, painter, etc.), you are useless. Artists have never done any good in the world and should be quiet. The only real speech is money.”

For anyone paying attention, that was nowhere near Abbington’s intention. She in no way implied that art is worthless. As a longtime actress herself, she is an artist. If she were to make such an asinine comment, she would be devaluing the very industry from which she profits. Closing out her argument well, Abbington responded to this NPC by saying:

“I’m merely saying that sanctimonious posts sometimes miss the mark and are counter productive. And my post was also incredibly tongue in cheek. How you got that from my post is baffling!”

The majority of fans have no idea what Abbington’s general politics are, as she keeps them to herself. That is exactly what the majority of fans desire from celebrities. As the great Sir Anthony Hopkins said, “Actors are pretty stupid. My opinion is not worth anything.” That seems to be Abbington’s outlook as well, and it is great to see. 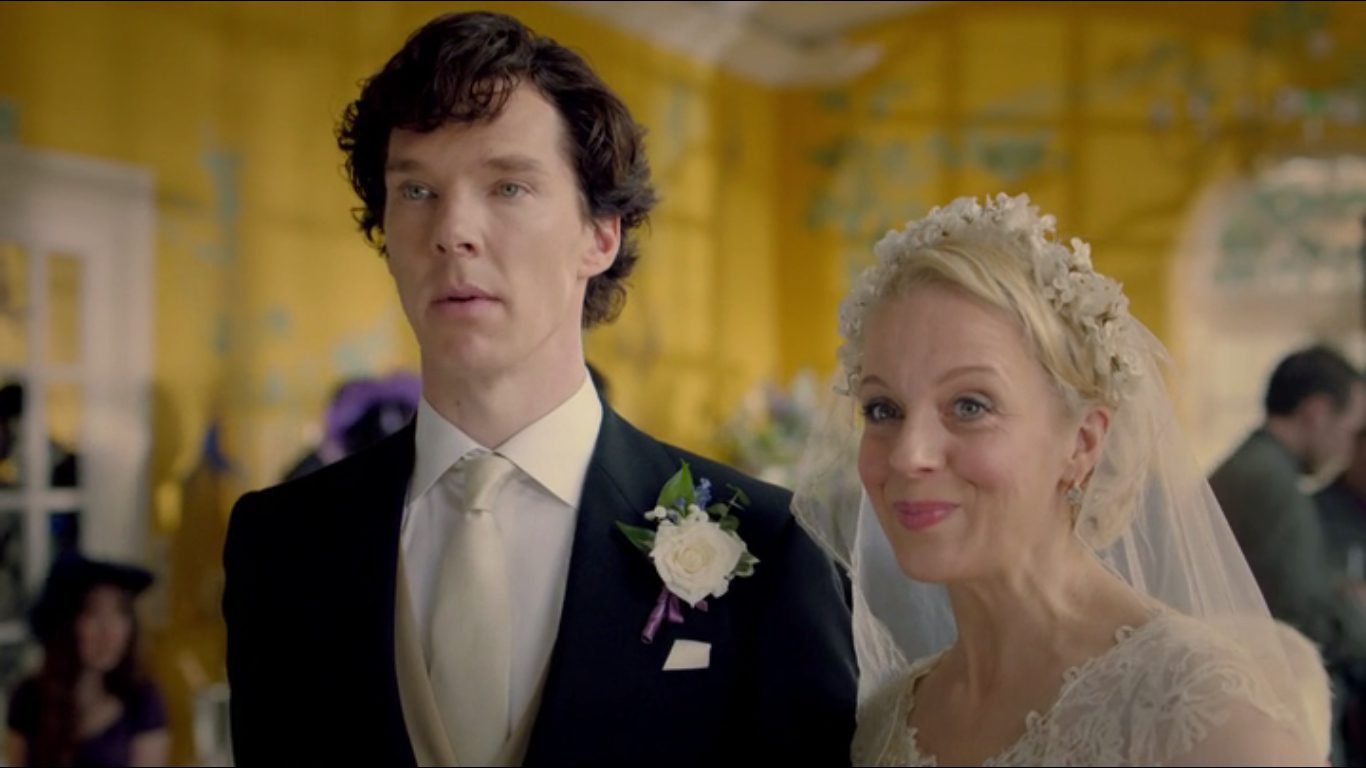 Does her opinion of such Hollywood stupidity apply in other divisive situations? Who knows? It’s doubtful. As a celebrity, Abbington is most likely onboard with the majority of virtue-signaling and hypocrisy in which Hollywood participates. Despite that, the fact that we don’t know that for sure is something in Abbington’s favor. But either way, when a celebrity says something smart, it must be applauded.