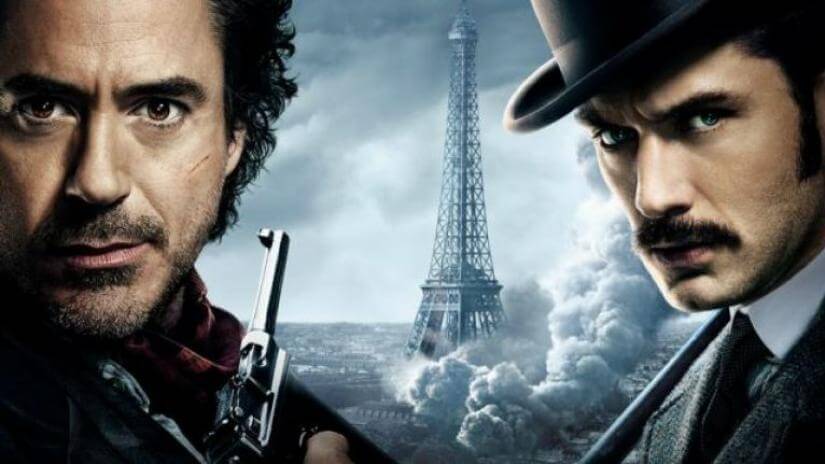 It looks like everyone’s favorite detective isn’t going to be back on the case next year after all. Deadline Hollywood reports that the third installment in the Robert Downey Jr./Jude law Sherlock Holmes series, currently titles Sherlock Holmes 3, has been delayed from its initial release date of December 2020 release to a Christmas 2021 release. For what is probably the 200th time, I was watching the 2009 film again a few nights ago, and I began wondering why we hadn’t heard anything about the production of Sherlock Holmes 3, considering it was due to be out next year. I remember when this franchise was first announced, the studio head at the time was comparing it to Batman Begins and talking about how they were going to do many Sherlock Holmes films in an effort to get a replacement for the then-ending Harry Potter franchise – something Robert Downey Jr. had jokingly confirmed when he said he would do Iron Man and Holmes sequels until he was forcibly retired.

With this third film’s development dating back to October of 2011 with the hiring of Iron Man 3 screenwriter Drew Pearce, I had begun to lose hope that this film was ever really going to happen, even as Chris Brancato and, subsequently, Dan Casey were hired to write a new draft. Hopefully, this delay will be the last, and we will finally get to see our favorite detecting duo back on the big screen. Maybe this extra year means there is a chance that Guy Richie is coming back to direct after he finishes his latest gangster opus Toff Guys. With the lack of success for his aspiring franchise starter King Arthur: Legend of the Sword and mixed fan reaction to the Aladdin trailers, what better way to make a comeback in blockbuster filmmaking than to finish the Sherlock Holmes franchise?

Are you excited for Sherlock Holmes 3 or have you had enough of the boys from Baker Street? Let us know in the comments and stick around Geeks + Gamers for more movie news!