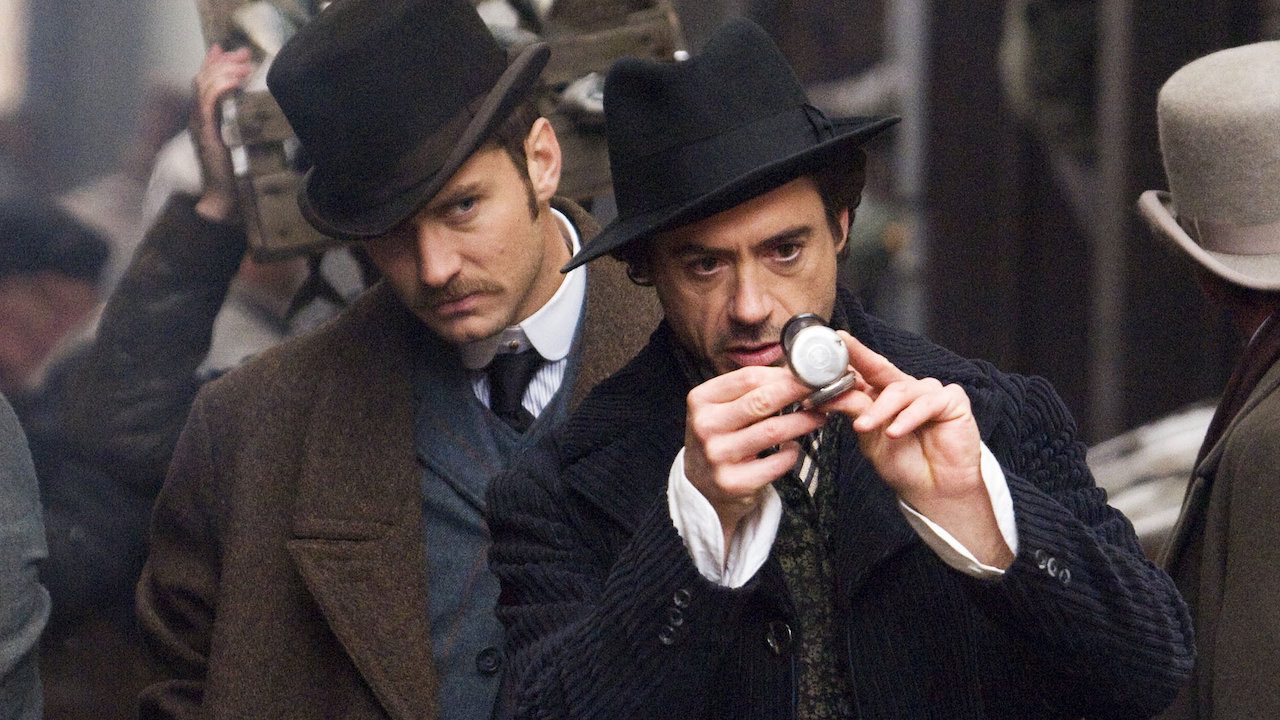 If you’ve always wanted Sherlock Holmes stories without all the Sherlock Holmes nonsense, then Warner Bros., HBO Max, and Robert Downey Jr. have your back. Deadline reports that a series of movie and TV offshoots of Guy Ritchie’s Sherlock Holmes films are in the works. These spinoffs are to be in the vein of Peacemaker – following a character from The Suicide Squad – and the upcoming Penguin, which will be set in the world of The Batman. Warner Bros. intends to introduce new characters in the long-delayed third entry in the film series, which will be directed by Dexter Fletcher instead of Ritchie, but will see the return of Robert Downey Jr. and Jude Law as Sherlock Holmes and Dr. Watson. These new characters will serve as the bases for the spinoffs. Robert Downey Jr. and his wife, Susan Downey, will executive produce through their company, Team Downey. The next sequel to Sherlock Holmes still has no release or production start date.

This sounds like a bad idea to me. Aside from my dislike of Ritchie’s Sherlock Holmes movies (especially the second one, where there’s zero detective work and Holmes spends the film jumping from explosion to explosion), Sherlock Holmes’ world is only interesting because of Sherlock Holmes. He’s the draw, not some “universe” he inhabits. He exists in Victorian London, and none of the people he meets are half as interesting as he is. If they’re going to create characters to stretch the IP, they may as well just make original stories with no connection to Sherlock Holmes. What good is the brand name going to do them if Holmes isn’t in the shows? It’s the same thing with these occasional discussions of spinning off James Bond side characters; they’re not interesting independent of James Bond because he’s the whole show. Not everything has to be Marvel or Star Wars (the latter of which can’t even get far enough away from its origins to make a real extended universe, at least on screen). Robert Downey Jr. has the clout to do almost anything he wants in Hollywood, and it’s disappointing to see him waste his time on stuff like this or a remake of Perry Mason.

Do you like the idea of Sherlock Holmes spinoffs? What kinds of characters do you think the leads will be? How far away are we from a live-action version of Superman’s Pal Jimmy Olsen? Let us know in the comments, and stay tuned to Geeks + Gamers for more entertainment news!

Honestly, it sounds like Hollywood and entertainment industries are running out of ideas. Nobody will give a shit about something like this.

I think they’re scared of taking a chance on something new, so they try to tie everything to an existing IP. A lot of the decision-makers don’t think in terms of creativity or anything like that. They just follow trends and algorithms and things like that, even when it’s something as patently stupid as this. Normal people will make the point that nobody cares about random characters spun off from IPs based on a specific character, but they’ll just look at Marvel and think it’s the same thing.