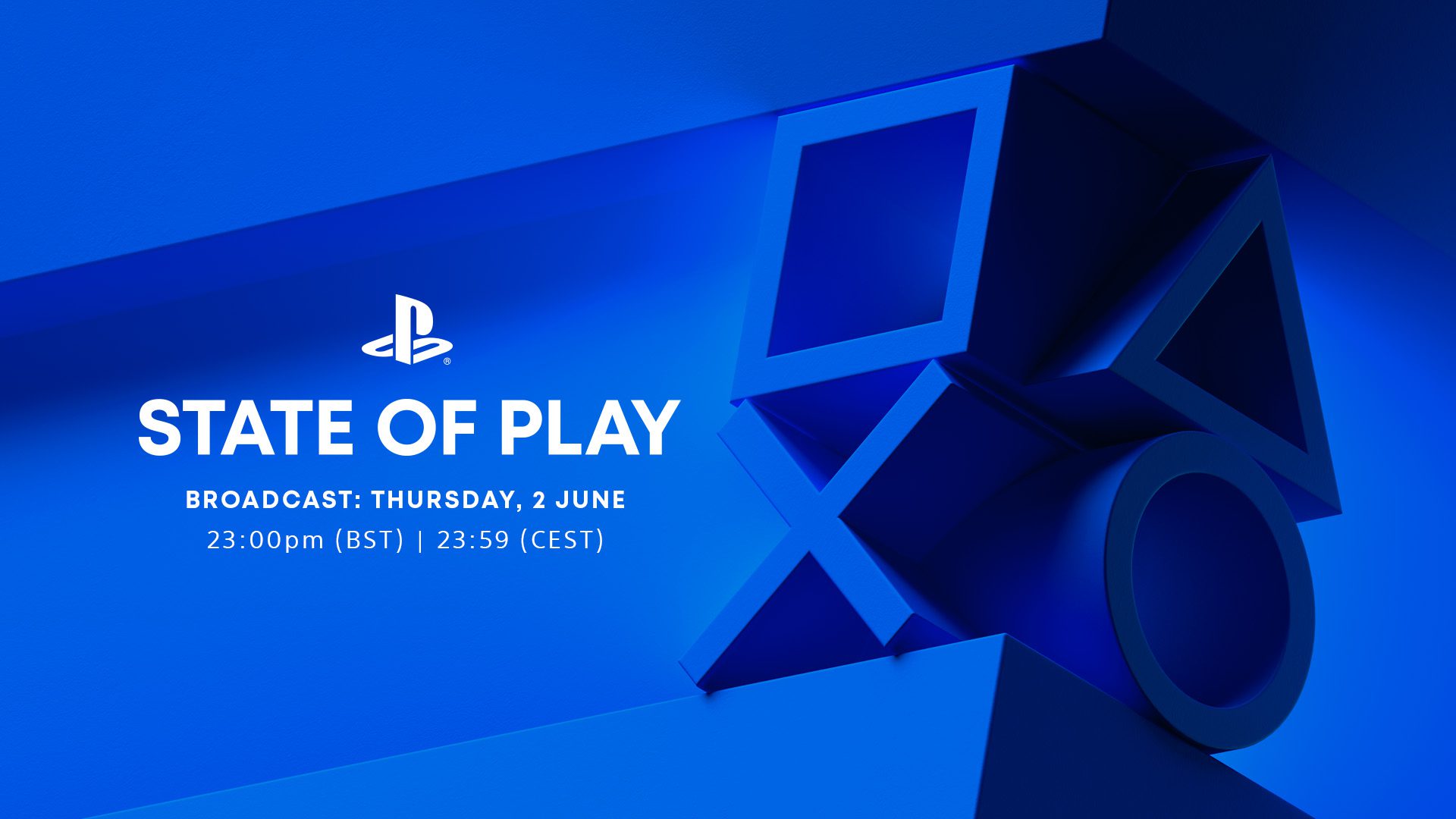 First off, no God of War Ragnorok here, folks. There are plenty of exciting showings with today’s State of Play, but I’ll just temper expectations out of the gate.

The show starts off with the tiniest sneak peek at a shadowed silhouette of the PS5 Pro. It was so brief it was almost meme-worthy, but they did give a release date of 3/28/2023. If the regular PS5 is anything to go by, don’t expect there to be many in stock next year.

Up next is one of the biggest reveals of the presentation: Resident Evil 4 Remake. No gameplay was shown, just a cinematic trailer and a release date of 3/24/2023. The ending shot says, “Playstation VR2 content also in development.” Here’s hoping RE4 Remake turns out better than the disappointing RE3 Remake.

Hope you like VR because they also showed some gameplay from Resident Evil Village on VR2. Now you can experience Lady D up close and personal – at least, I’m sure that’s what most fans had going through their mind watching this.

The sequel to the surprisingly well-reviewed VR game Walking Dead: Saints and Sinners gets a trailer and a release date of some time this year.

No Man’s Sky gets a VR2 trailer with no release date.

Horizon VR: Call of the Mountain and Forbidden West Update

Perhaps the most interesting VR2 thing shown was a gameplay trailer of Horizon Forbidden West VR: Call of the Mountain. This spin-off game will be exclusive to PS VR2 and looks close to completion, though there is no release date.

PC fans have some good news. A remaster of Sony’s previously exclusive Spider-Man game is going on PC. Marvel’s Spider-Man was one of the best-selling PS4 games, and it’s sure to sell well with the surprising PC remaster this year on August 12th.

This one is my favorite game of the entire show. Stray, a PS5 game where you play as a spy cat sneaking through a dark and drenched cyberpunk cityscape. New gameplay was displayed that makes me more excited than before, with some cat combat and stealth mechanics shown off. The music is standout in this trailer, too, very reminiscent of Mass Effect 1’s soundtrack in the best way. PlayStation Plus Extra members can actually download Stray for free next month too. Stray releases this July 19th on PS5/PS4. Look forward to a future review right here on Geeks + Gamers.

The interesting Dead Space spiritual successor, The Calisto Protocol, gets a spooky and dramatic cinematic trailer. Horror fans might have a game of the year contender on their hands this December 2nd when it is projected to release.

Jet Set Radio fans, take note of this next one. A new game called Rollerdrome is shown, with an art style very similar to Sable on PC. The trailer shows some extreme rollerblading, doing tricks off ramps while simultaneously dodging and stylistically shooting down enemies. The gameplay looks like a fun and hectic cross of Tony Hawk’s Pro Skater and My Friend Pedro. Rollerdrome releases on PS4/PS5 on August 16th.

Another new game is shown, but this time, it’s super anime. The cinematics actually made me think it was My Hero Academia for a minute. The main character has a sword arm, which he uses to fight some mecha-looking opponents, sometimes fighting on a motorcycle. There seems to be a visual novel aspect of gameplay where you can date various teammates, sometimes in a school setting. There’s a calendar showing the date in the upper right corner of the screen, which gives a hint as to the potential Persona-like sim aspect of the game. There’s also my favorite line of dialogue in the entire show when a girl dramatically exclaims, “Don’t you want science in your corner!?” Oh, and the game even has an anime name, titled Eternights. Eternights has a release window of early 2023.

Up next is Street Fighter 6. The most interesting takeaway from the trailer is a new mode involving an open city to explore and in which to fight people. Theories are that this is a created character mode where you train your way up into the Street Fighter league through a sort of career mode similar to NBA Ballers – at least, that was the vibe I got from the trailer. There’s also a confirmed mode called battle hub. Street Fighter 6 looks like a facelift for the series, for better or worse, and comes out sometime next year.

One of this year’s best Xbox exclusive games is finally coming to PS4/PS5 later this year. Tunic was one of my most anticipated games of the year, and I haven’t been able to play it yet due to Xbox exclusivity, so I’m sure many PlayStation players like myself are happy to hear about a PlayStation release date of September 27th.

Season: A Letter to the Future

Like relaxing zen-like game experiences? Season: A Letter to the Future looks to fill that niche perfectly. The visuals have a kind of pseudo-Ghibli look to them, which the music accompanies fittingly with its chimes and Eastern flavor. The release window is a vague Autumn 2022.

The last presentation of the show was a banger. Final Fantasy XVI, the game that refuses to be shown, has done just that. A new trailer reveals some new story tidbits in the next installment of the mainline Final Fantasy series. War and turmoil are major themes of the narrative, with huge eikons (summons) fighting each other while the humans and other races duke it out below. The medieval setting gets a return for the series, and there has been no mecha or advanced tech shown in trailers so far. The game has a realistic look to its visuals while still maintaining that fantasy element, and the character designs look straight out of the Final Fantasy XIV MMO. The HUD for combat is shown for the first time with ATB meters and some ability cool-downs. Time will tell if Final Fantasy’s direction as a “fantasy based in reality” will finally hit a home run with this next major installment. Some love the new action-oriented direction, and plenty of old-school RPG fans just want a return to its roots. As a huge Final Fantasy geek myself, I’m cautiously optimistic. I’m not opposed to the action direction; I just hope the combat is smooth and has a lot of depth, as opposed to aspects of Final Fantasy XV’s sometimes clunky combat. I really enjoy Final Fantasy XV for what it is, but there’s some room for a more Bayonetta-like smoothness of movement and combat if they’re willing to invest in it. We’ll find out if Final Fantasy XVI hits or misses Summer of 2023, unless an inevitable delay occurs.

Overall, I’m impressed with the showing of games in this State of Play. I give it a solid 8/10. Highlights for me include Stray, Resident Evil 4 Remake, and Final Fantasy XVI. What are you hopeful for or disappointed by? Let us know in the comments below!

People still own/play Playstation? Even after Sony/Naughty Dog disowned their customer bases? Normally I would recommend Xbox over PS but they’ve been shitting the bed too (a la Amber Heard) with their botched Halo game and show releases. Time to just admit Nintendo wins the consoles and you should probably build a PC at this point. I said build, not buy. Don’t be that guy who says PC gaming is better and doesn’t know how PCs even work to begin with.

I’ve said since the Wii U that Nintendo has the best consumer loyalty of all the publishers (which is not saying much), and even they have their missteps. Agreed that Sony is the one with the steepest downward spiral of all the console manufacturers today. Moving their HQ to southern California has absolutely been a turn for the worst.