"There are others out there who need our help." 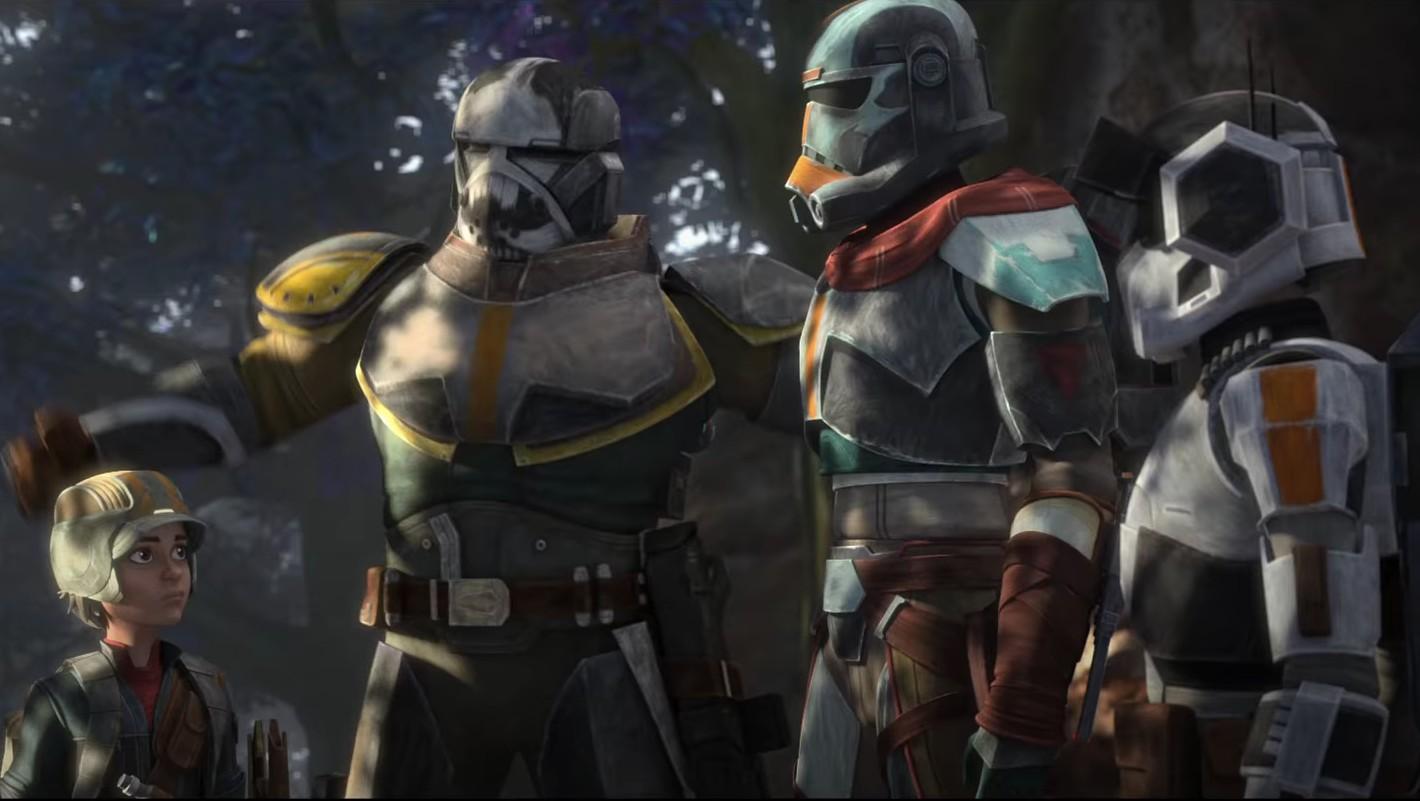 It’s the final day of Star Wars Celebration, and with it comes a trailer for The Bad Batch season 2. The first season premiered on Star Wars Day 2021 and culminated in the destruction of the Kaminoan cloning facilities. This trailer shows a more altruistic Clone Force 99 and what looks to be an older Omega. The second season’s release date has been a mystery, with the official Star Wars magazine moving it from “Spring 2022” to “Coming Soon.” The trailer now shows that it will be released beginning this fall. Check out the brief teaser here:

This is so awesome! I’ve been hoping we would get a trailer and a release date for season 2 at Celebration; I’m definitely willing to take a teaser and an approximate date. I loved season 1, despite a few stumbles, and I hope to see the show improve year over year like the other animated Star Wars series have historically. I think The Bad Batch had a stronger inaugural season than Rebels or The Clone Wars.

Omega looks older and more capable and self-sufficient here, so I can only assume a sizable amount of time has passed. Hunter also seems more willing to help people outside his family of clones. I didn’t spot Crosshair in this clip, which is somewhat surprising. I’m very curious about his status in season 2. Will he still pursue his brothers or strike out on his own course? The Empire didn’t rescue him, which could sway him at last. No matter what lies ahead, I really like this show, and I’m so glad it’s returning somewhat soon!

What did you think of The Bad Batch trailer? Who’s your favorite Batcher? Let us know in the comments!

Crosshair was in the trailer. I also noticed Gungi, the Wookiee padawan from an episode arc in Season 5. I was surprised that he’s still alive. I also noticed someone with Crosshair in clone armor almost resembling Cody’s armor. Not the color palette, the design of the armor and the details to it.

A time jump would explain the armor makeover and Omega looking a little older. Well, I didn’t notice it at first, hehe. But it kind of eases me a little.

When Bad Batch came out, I was excited and thought things would go differently. Of course, they have Crosshair turn bad and then we see some of the brutal machinations and manipulation of the Empire being performed and that had me thinking, I don’t want to see that anymore, thinking I had my fill of Empire-related stuff. Still had that same feeling when Kenobi was being advertised. I haven’t watched that yet and I’m a little nervous because maybe I don’t want to see any of the events like Owen despising Obi-Wan for his role pre-Empire.

I’m still not sure if I’ll watch that, but I will watch the second season and “hopefully” things will go a little better like you said how later seasons from the last shows would get better.

Good catch with Crosshair, I’m not sure how I missed him. I’ll have to watch the trailer again. Regarding Gungi, I’m starting to wonder how many Jedi really escaped Order 66; they’re really starting to pile up. I quite liked season 1, but I do think there were kinks they could iron out going forward. Some of the filler bugged me, and Omega could have a couple more flaws. As for Obi-Wan, I can’t recommend it so far because I am not impressed. Thank you for the comment and happy Memorial Day if you are stateside!