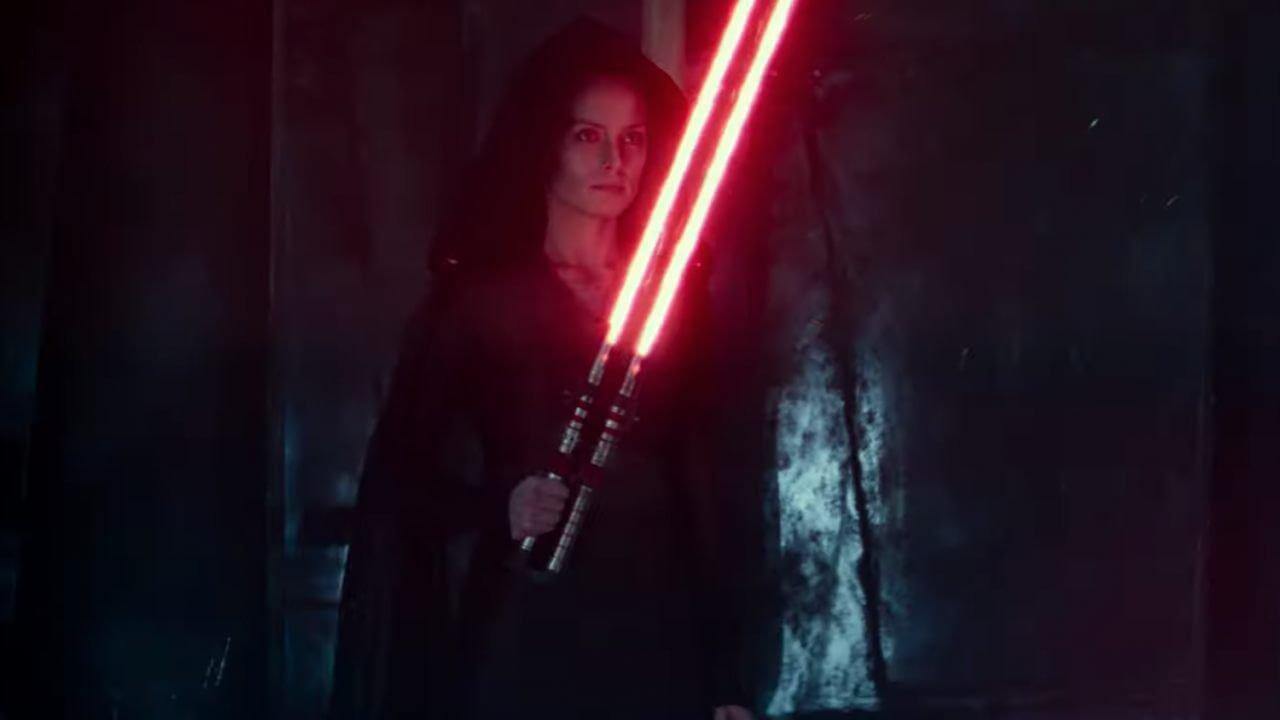 We finally have a new glimpse at the final chapter in the Skywalker saga thanks to some footage from D23. I had been hearing about the Rise of Skywalker D23 footage all weekend, but I didn’t think we would get to see it, as is often the case with footage screened at events like this, the most recent example being the Lion King footage at Cinema Con several months ago. Fortunately, that isn’t the case for Star Wars.

Initially, we hear Luke Skywalker’s voiceover from the first trailer over the Rise of Skywalker D23 footage as we see clips from the previous films, going all the way back to A New Hope. Then, as Rey’s theme rises, we see Rey, Finn, Chewie, C-3PO, and Poe (who looks a lot like Nathan Drake from the Uncharted games) finally all together onscreen. The Rise of Skywalker D23 footage then cuts to a shot of Leia, which looks to be from The Force Awakens, as several ships from the Resistance and the First Order drop out of light speed, with Finn and new character Jannah looking on in surprise. From there, we get a shot of red-eyed Threepio and Rey practicing her skills with what looks to be a training droid. The trailer climaxes with Kylo and Rey battling until we see the moment that has been the talk of the internet: Rey wielding a foldable double-bladed lightsaber.

I loved the Rise of Skywalker D23 footage, particularly the fact that, when showing clips from the other Star Wars movie, they chose to do it in release order as opposed to chronology, building up the emotional resonance. Seeing our three leads together also made me happy; I just wish we’d gotten a bit more of Luke, Leia, and Lando. As for Rey’s double-bladed lightsaber, I have a feeling it will end up being something reminiscent of the cave scene in The Empire Strikes Back or one of Palpatine’s manipulations, but I’ll be pleasantly surprised if I’m wrong.

What did you think of the Rise of Skywalker D23 footage? What did C-3PO’s red eyes mean? Is that a Force hallucination or something more sinister? Let us know in the comments and stay tuned to Geeks + Gamers for more Star Wars news!