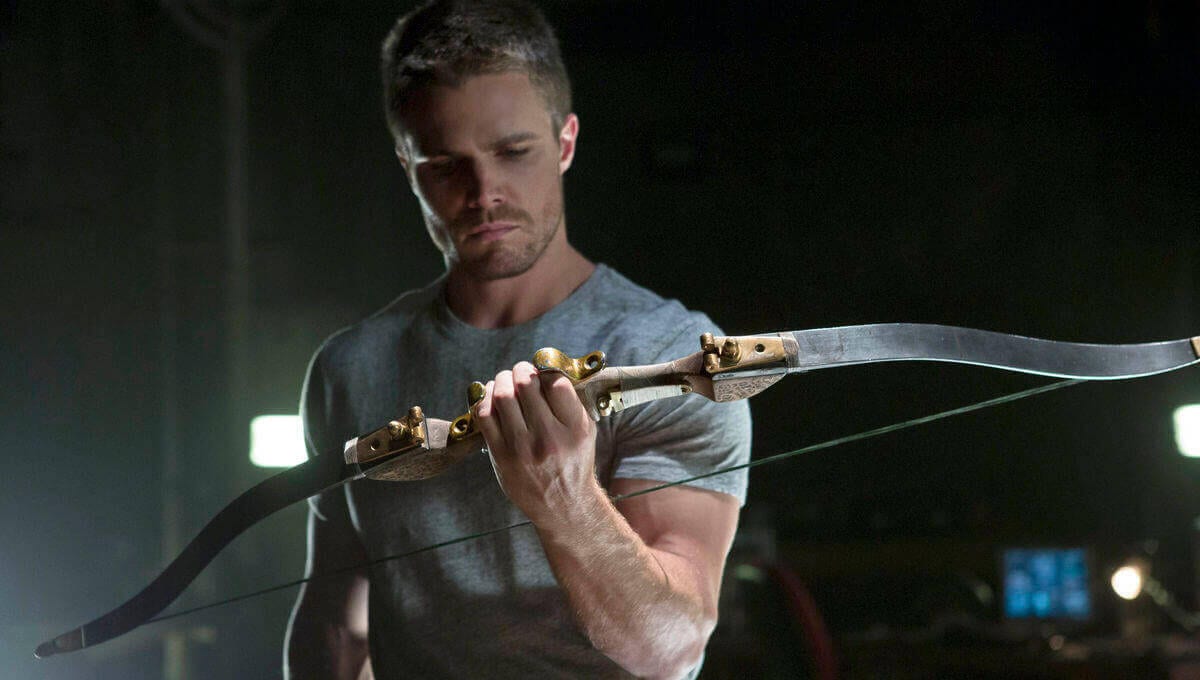 Stephen Amell has saved the city for the last time. In a recent Instagram Q and A, when asked about whether he’d be interested in guest-starring as Oliver Queen in the future, Amell stated that he was done, with eight years being enough as the character. This is a reversal from previous comments where he said it was possible, which were backed up by Marc Guggenheim regarding the decision to make him Spectre. Currently, the Arrow star has various projects in the works, from a Code 8 sequel series on Quibi to his new wrestling series Heels, which is on hold in the wake of the Coronavirus, hence his daily Instagram Q and A.

While I appreciate his candor, I can’t say I buy this. As he talked about in his interview with Michael Rosenbaum, Stephen Amell has been struggling since the end of Arrow, so it’s unsurprising that the prospect of any kind of return would be a non-starter for him, at least right now. When a part defines an actor for as long as Oliver Queen defined Amell, their priorities change over time, and their ambitions change as well; Amell repeatedly said how nice it was to only have to do eight episodes on Heels so he has more time to be a dad. That being said, I always remember how, whenever Rosenbaum himself would be asked about returning to Smallville, he would give a very similar answer to Amell’s, only for him to ultimately show up for the finale. I have to imagine that, should the right story come along down the road, Amell will be amenable to a return.

Are you sad that Stephen Amell has hung up his hood, or are you optimistic that he’ll make a return one day? Which of his projects are you looking forward to the most? Let us know in the comments and stay safe and healthy as Geeks + Gamers continues to bring you more movie and TV news!