The battle for Hawkins just got its title card. Earlier today, Netflix shared a poster for “Part 2” of Stranger Things season 4 – “Part 2” being the last two episodes, which were held back and released over a month after the bulk of the season for reasons I’m sure have nothing to do with fudging the ratings. The poster depicts Eleven staring down the season’s villain, Vecna, with the rest of the kids staring on from both our world and the Upside-Down. Check it out below: 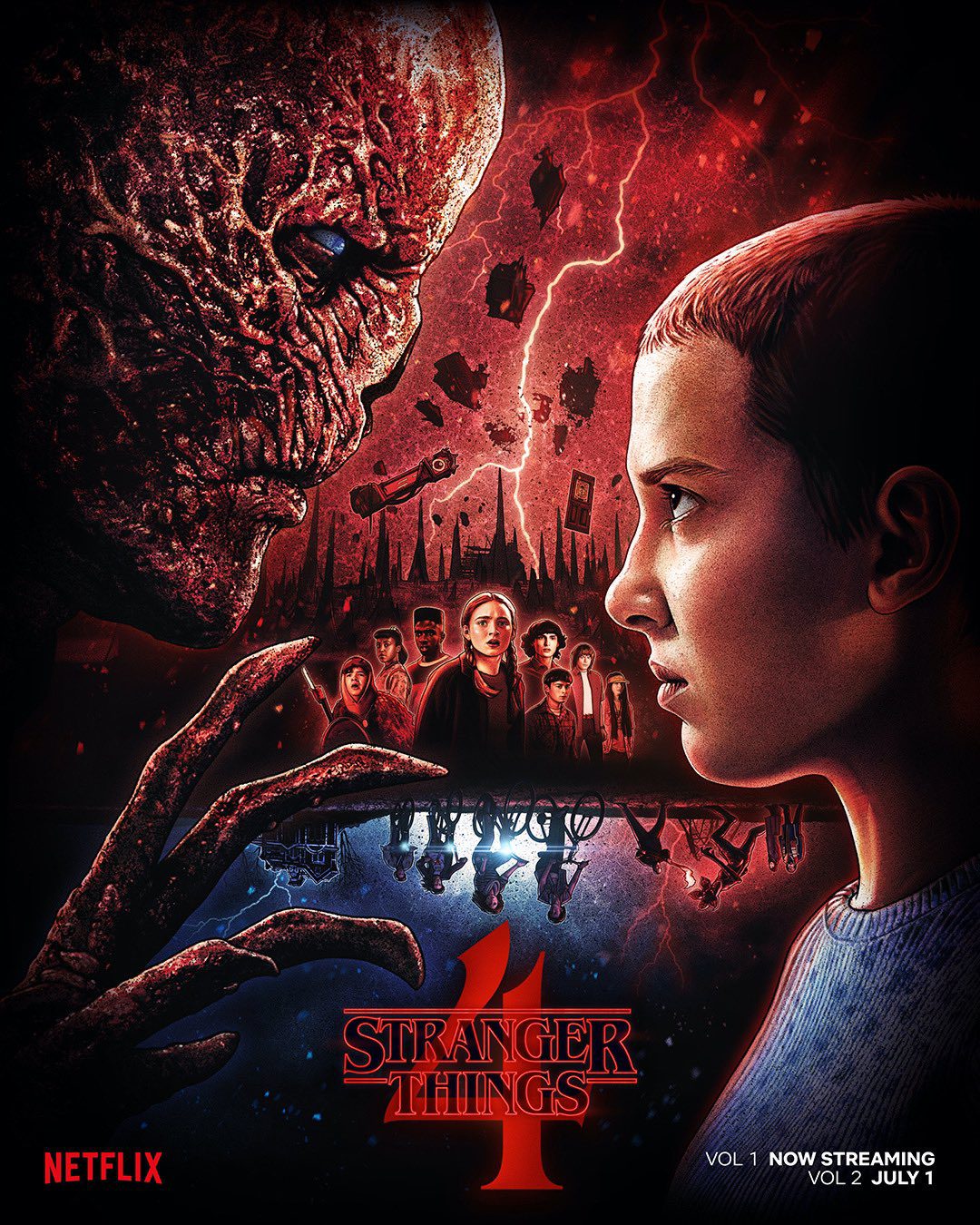 This poster doesn’t do much for me. The hero and the villain are going to fight, which was a given, especially after the last episode established the link between Eleven and Vecna. I wonder if the inversion of the real world and the Upside-Down is significant; sort of an “Up is down, down is up” theme they’ll be going for in the final two installments. Hopper is on the bottom, but you have to look really closely to make him out; this is a strange move, as he’s probably the most popular character who isn’t Eleven (and may even be more popular than she is now). I hope this isn’t an indication of how the rest of the season will go; I found it difficult to get invested in season 4, with Hopper’s storyline easily being my favorite (although it annoyed me that it all came down to him fighting the same damn monster AGAIN!). I like Vecna, and the backstory they revealed in “The Massacre at Hawkins Lab” was engrossing, but Eleven having to regain her powers got dull fast, and most of the kids don’t feel like the same characters anymore. The last issue is likely the result of them getting older, but they’re still the main thrust of the show, and that’s a lot of time to spend with people who’ve become boring. And the tonal shifts between drama and comedy are more jarring because the humor is broader and sillier now. There’s still some good stuff, like the Satanic panic subplot and the mystery behind Victor Creel’s descent into madness, but this isn’t the show it was in season 1.

What do you think of the Stranger Things season 4, part 2 poster? Are you enjoying this season? Is there a chance in hell that obnoxious pothead friend of Jonathan’s will get mangled by Vecna, or at least go away? Let us know in the comments, and stay tuned to Geeks + Gamers for more from the Upside-Down!