Streets of Rage 4 and the Future of SEGA

The well-received sequel to SEGA's classic Beat 'em Up franchise presents a major opportunity for the video game company.

The wait has finally ended! For more than two decades, SEGA fans waited for a new entry in one of the most revered franchises the company developed in the 16-Bit era of gaming, and probably the entire history of video games. Streets of Rage 4 brings back the brand of powerful street justice that could only be delivered through the Beat ‘em Up genre.

The first Streets of Rage saw the light in 1991, and it instantly brought the fight to the competition, Nintendo. Nintendo had snatched the exclusive rights to port the genre’s juggernaut, Capcom’s Final Fight, probably the arcade which ushered in the Golden Age of Beat ‘em Ups and Capcom’s arcades‘ legendary status. That’s a big opponent to take on, and Streets of Rage did just that by bringing things to the console experience that even Final Fight’s port didn’t: a polished game with great gameplay, challenging AI, co-op capabilities with three playable characters, multiple endings, and a very memorable OST. 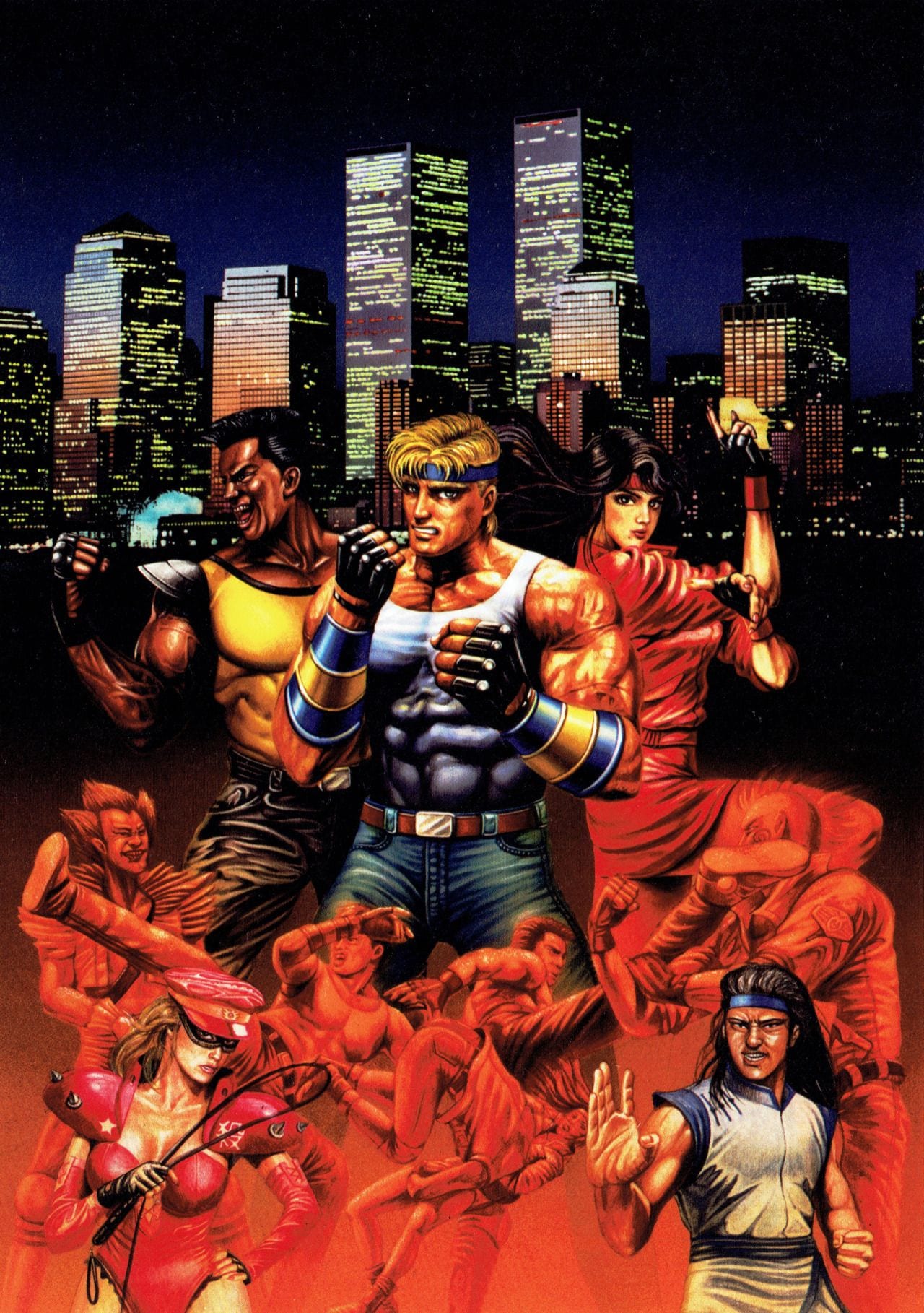 But that isn’t the end of this story. A year later, Streets of Rage 2 came out and things were never the same. The second entry in this franchise is probably one of the best games of the entire 16-Bit period, let alone in the genre or the SEGA Genesis/Megadrive library. Everything great about the first one improved: gameplay mechanics, beautiful and generously-sized graphics, a now-legendary soundtrack. It was a masterclass of what Genesis does and Final Fight for the SNES Nintendon’t. The only thing it didn’t have was multiple endings, which can be overlooked because what matters is how you get there.

Streets of Rage 3, however, suffered from the curse of bad localization that many titles used to suffer from back in the day. Bare Knuckle III, the Japanese version, is a decent enough game with very hardcore gameplay, but Streets of Rage 3 censored out characters, meddled with the game difficulty balance, chopped the story mode. They copied almost everything wrong with the SNES Final Fight localization, except for the lack of co-op, and since the game’s fanbase was larger in the Western Hemisphere, the game could never reach the critical and commercial success the previous entries did. Not to mention the problems SEGA as a company would face at the end of the Genesis/MegaDrive life, which you can learn all about here.

A few attempts were made later on to bring back the acclaimed franchise. For example, Fighting Force for the PlayStation & N64 was originally pitched to be the then-new gen’s Streets of Rage, but SEGA pulled the plug, and Core repurposed the game.

It would be 26 years later that the franchise would see its next sequel. Streets of Rage 4 had some big shoes and hype to live up to. DotEmu, the developers, made a name for themselves porting older classics such as SNK’s Garou: Mark of the Wolves and remaking Wonder Boy: The Dragon’s Trap, but now they had to make a sequel. Quite a different animal. And, on top of that, the release date was right in the middle of the pandemic, April 30th. Some hardcore fans had concerns, such as the fear of the game looking like a mobile cash grab. But, I’m happy to say that Streets of Rage 4 is a good, beautiful-looking Beat ’em Up with a great soundtrack, gorgeous animation, comfortable legacy mechanics with a little twist. Streets of Rage 4 lives up to the classic’s name and can take on modern classics of the genre such as Double Dragon Neon or Fight N’ Rage. It relies on nostalgia heavily, as opposed to exploring new trends in the genre, like faster pacing, but it’s a great new entry in the series at a great price. Hell, I wonder why the politically diverse brigade didn’t champion this “diverse” game.

Having gotten that background out of the way, it’s time for the main course; how SEGA has the seeds for a big money tree with this franchise, should they consider taking it to the big screen, just like they did with Sonic. They already have an action-packed story reminiscent of the ’80s action/martial arts movies with a great soundtrack and a built-in hardcore audience ready to support it, not to mention catering to an audience hungry for quality high concept entertainment like the John Wick franchise. 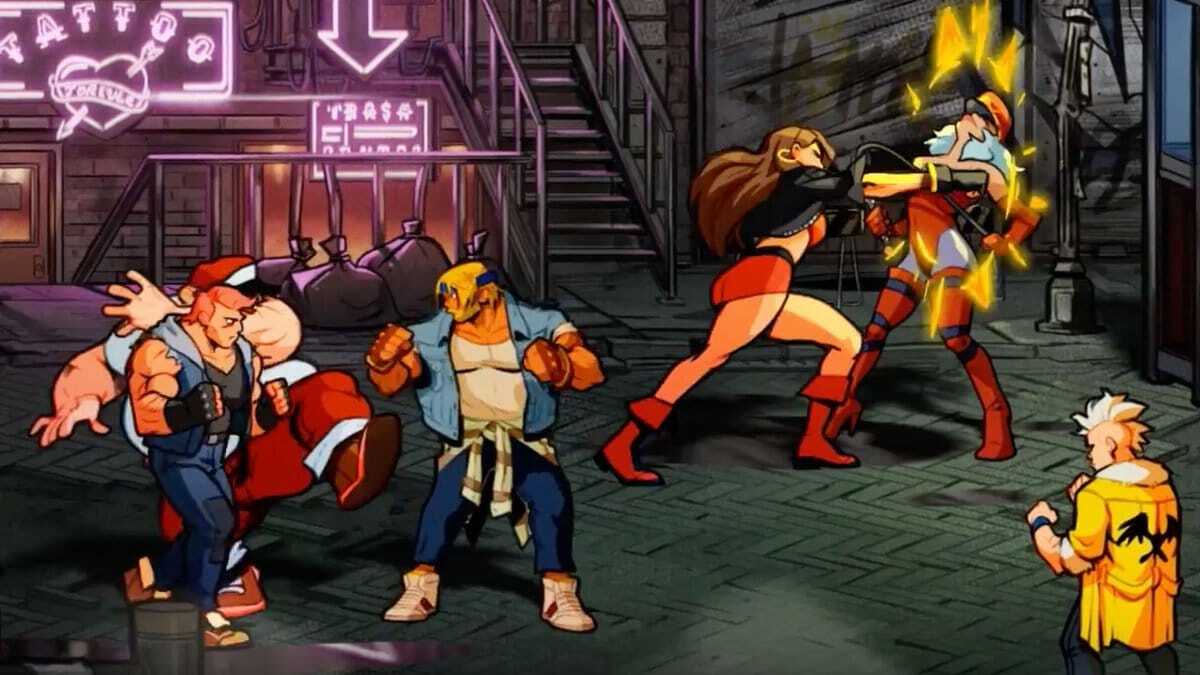 John Wick: Chapter 3 – Parabellum was made with a $75 million budget, less than the original budget for Sonic the Hedgehog, and it made a little more money than the Blue Blur. Don’t get me wrong, the Sonic the Hedgehog movie is a great starting point, but let’s not forget that the old school SEGA console fans were the edgier kids in the playground who loved Sega because it was bringing the arcade game feel to our homes and dominating the action-packed genres with Golden Axe, Alien Soldier, Comix Zone, Gunstar Heroes, Strider, Altered Beast, Revenge of Shinobi… All of these games could easily be translated to a new generation of movies for teenage/adult audiences, while Sonic could join forces with the likes of Ristar and Alex Kidd for an all-ages cinematic universe.

The aforementioned games for teenage gamers were inspired by those types of films in the first place: Streets of Rage – Streets of Fire (1984), Golden Axe – Conan the Barbarian (1982), Altered Beast – The Howling (1981). Not to mention games like Comix Zone could be adapted to be a spiritual reimagining of a Deadpool (2016) type of movie, or the Shinobi saga could be something like Pray for Death (1985).

It’s also important for us to consider the lengths to which the Sonic the Hedgehog production team went to satisfy us, the paying customers, and it’s something even the DotEmu development team did when working on Streets of Rage 4. They watched YouTube videos from Daniel Ibbertson, AKA DJ Slopes, who is a known expert of SEGA products and put out the then-definitive Streets of Rage documentary, which made his channel blow up.

It is very important to foster a tight relationship between the real, hardcore fans and the companies that are putting their blood, sweat, and tears into delivering us entertainment worthy of our cash, especially today when making money is not as easy as it used to be just a few months ago, and the paradigm of how we consume movies is not clear. But something is evident: SEGA listened, and with a sprinkle of luck, their Sonic was faster than the COVID pandemic and had a profitable and acclaimed theatrical run, putting them in a very privileged position. They are currently among the ruins of almost every other production team. We shouldn’t wait at all to nurture what could be a bright future for the fans and the companies that listen to us. So, those are my two cents!

One of the best revivals in recent memory. Sega needs to continue bringing back their classic franchises.

This has become one of my most loved games now for how much fun it is. Cant wait for number 5!! lol

I really hope there is one. And, hopefully, they can play some other recent Beat ’em Ups to pace it faster.

Game is amazing and just like Sonic Mania, how you do a proper sequel this long removed – me and my buddy played the shit out of it. Took me back to the days of Sega and couch coop.

Totally! I had the most fun playing with my bud in all modes. Still working on unlocking everyone, though.

I have this on the switch. I love this game.

Hell yeah! A couple of levels here and there to kill time and unlock everything is the way to kill time with the lockdown.

I always enjoyed me a beat-em up side scrolling videogame.

So many videogames from the past I would love revivals for, just upgrade the graphics & let the gameplay be the same with maybe some additional playable features. Love it.

It’s amazing. I always loved the genre from the old days. It’s so cool beat ’em ups are making a comeback!

As kids, we used to say Sonic, Streets of Rage, Golden Axe, Altered Beast, Shinobi and others should have been made into movies. I just wonder what took them so long?