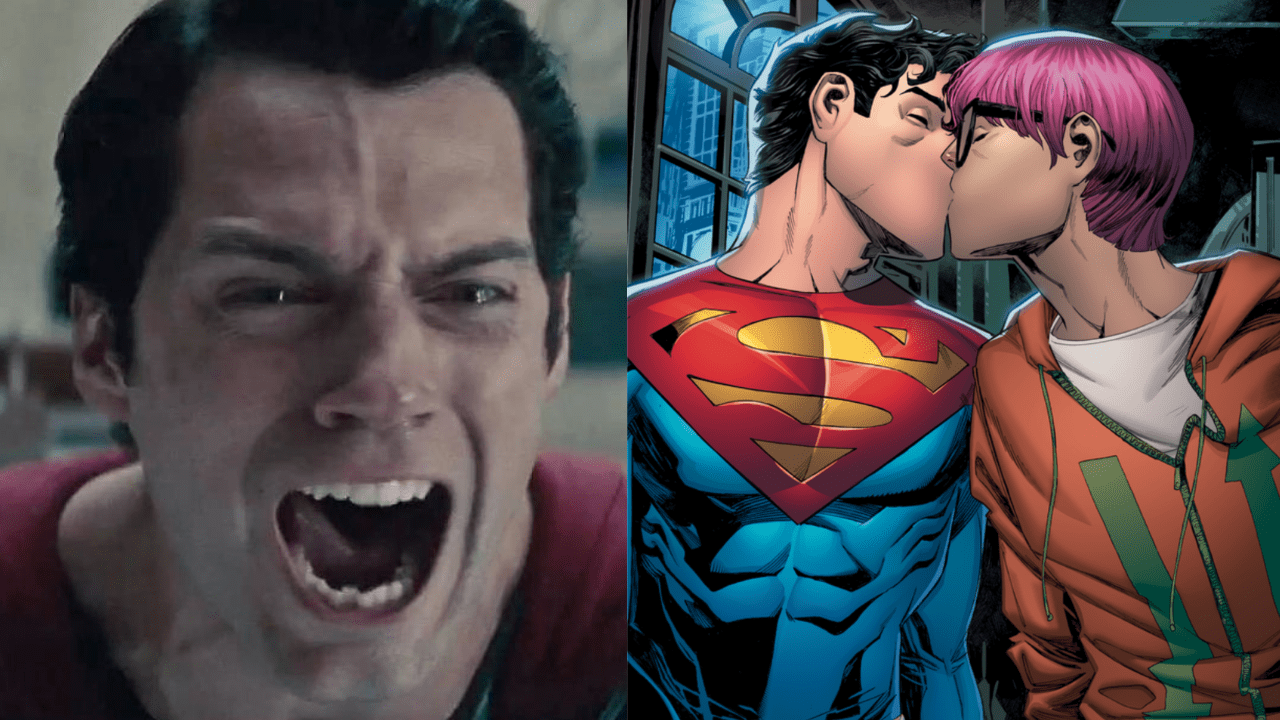 Jonathan Kent – son of Clark and Lois – will be in a relationship with a pink-haired twink in the upcoming Superman: Son of Kal-El #5 because why not, right?

Jon, as his boyfriend calls him, inherited the “mantle” of Superman from his father following the events of the “Future State” crossover. If that means something to you, congratulations; you are in a very exclusive group of a few dozen people who still actively read printed eye cancer. Apparently, the “Son of Kal-El” storyline focuses on the 17-year-old Jon as he grapples with his sexuality, something that the comic-buying audience couldn’t care less about, as manga sales dwarf everything coming out of the desolate wasteland of modern comics.

If you don’t want issues #4 and #5 spoiled, that sucks that you care about it, but they will be in the following report, given exclusively to IGN by the writer of this abomination, Tom Taylor.

The “catcher” in this situation will be Jay Nakamura, a “hacktivist” who idolizes Lois Lane, of course, and has already lent a “helping hand,” as IGN reports – in more than one way, I suppose.

“Over the years in this industry, it probably won’t surprise you to hear I’ve had queer characters and storylines rejected,” said Taylor, overestimating the quality of his work. “I felt like I was letting down people I loved every time this happened. But we are in a very different and much more welcome place today than we were ten, or even five years ago. When I was asked if I wanted to [destroy] write a new Superman with a new #1 for the DC Universe, I knew replacing Clark with another straight white savior [you know, the character of Clark Kent] could be a real opportunity missed. I’ve always said everyone needs heroes and everyone deserves to see themselves in their heroes,” meandered an idiot. Yes, I too see myself in an alien from another planet or a man who can talk with sea creatures underwater; that’s why people like the stories of Superman and Aquaman – because they can “see themselves in their heroes.” Also, that crowd should be ecstatic about the direction of Aquaman, as he has just been rebooted as a young, black, gay Jackson Hyde, checking many boxes right there, in September’s Aquaman: The Becoming #1.

“It is a pretty big deal doing it with Jon Kent as Superman,” noted artist John Timms. “As we have seen Jon grow up in front of our eyes, it will be interesting to see him not only trying to find himself as a person but a global super hero in the complex atmosphere of modern life.” May I remind you that this iteration of Jonathan Kent is only 17 years old and not a legal adult; just a side note. Timms continues (regrettably), “On the other hand, I hope this kind of thing will not be seen as a big deal in the future. You could visualize how it could pan in the future when the most powerful man in the world is part of the LGBT community. So many things are on the horizon and beyond.”

If Taylor and Tibbs didn’t want this to be such an issue, why was it front and center in the interview? Why is it the defining motivation for this iteration of Superman? It’s because they are liars and subverters. DC has already taken the big, gay plunge with Tim Drake’s Robin being bisexual in Batman: Urban Legends #6, so it’s not even an original idea; they are just lazy. It will be on full display in The Eternals, which will have the appearance of Marvel’s first on-screen gay superhero in Phastos, and wait a little longer for the planned appearance of America Chavez in Doctor Strange and the Multiverse of Madness.

Sorry if you enjoy Superman; sorry if you were looking for a good story. Try Superman & Lois; I hear that’s good.

We can keep skipping dc and marvel books, this will take a few more years and then we might get back to normal. Extreme lunatics hijacked the mainstream industry and the people in charge are afraid of getting canceled. Meanwhile, we can spend money on real books, on quality stories (with real diversity, characters with background stories, cool stories) , on quality comics: indie comics (CG included), Manga, Boom! Comics, etc. A lot of great books to add to our collection. Only reprints of old dc and marvel books are worth it, for now. No one buys their new books, they’re doing this virtue signaling just for the Twitter crazies.

I’m sure you remember the old saying about this type of radicalism in the Universities, ‘they’ll grow out of it, eventually they have to enter the ‘real world”. Well, they didn’t have to, they all got the jobs thanks to the perversion of the Human Resources departments in the 90’s, now every corporation is stacked to the rafters with these ideologues. You name a large Corporation, you can find the little black box on their instagram page or the rainbow flag icon for June, it’s entrenched so deep that the collapse is the only way to resurrect the business. You hate to see it, but like you point out Hazu, there’s quality coming from the Independents; support those who support you, or simply just want to do good work.