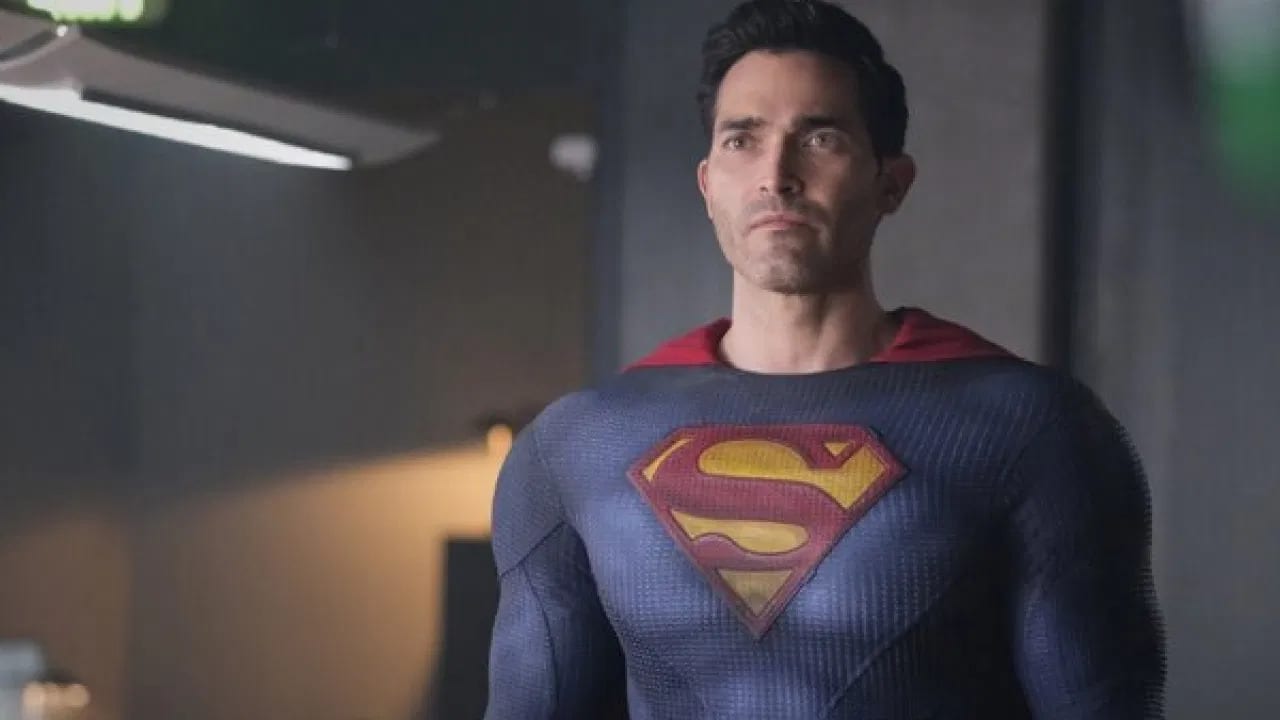 After an almost two-month hiatus, Superman & Lois is finally back. Although I was reluctant to try it out given the state of the CW’s DC shows (does this one count as part of the Arrowverse?), I greatly enjoyed the first five episodes. The series captures the essence of Superman better than pretty much anything out of Hollywood in a long time, and it’s comforting to see him back to his old self again. I also like the focus on Lois and Clark moving back to Smallville and raising children; it’s a model for how to change the familiar circumstances while keeping the characters consistent. “Broken Trust” is a strong episode on which to return, touching on all the main story threads and themes while showing the burden of being Superman. I do wish the show hadn’t stayed off the air for so long, as it took me a while to remember everything that had happened, but once Clark starts teaching his boys about superpowers and Lois renews her investigation, it feels like home.

After an attack from Tag, Jordan’s powers become overwhelming, and Clark questions whether to let him play in a football game against Metropolis. Lois asks Lana and Kyle for help investigating Morgan Edge. Jonathan is caught between helping his brother’s physical or emotional health. Sam Lane wants to stop Tag at any cost, but Superman wants to help him.

“Broken Trust” drops us in the middle of Tag’s assault on Jordan. Tag knows that Jordan was somehow involved in the accident that gave him his powers, and he wants them gone. I like that Tag is so different from Jordan, wanting his normal life back instead of embracing and wishing to enhance his abilities. But he’s going a bit mad with his desperation and is ready to seriously hurt Jordan when Superman shows up to stop him. Another thing Superman & Lois gets right is the awe Superman inspires; as soon as he lands, Tag backs down and takes off, like a scared schoolboy running away from the principal. He’s only able to escape by causing a train wreck that Superman must stop to prevent. It’s like this opening sequence was designed to re-establish that this is the Superman we all remember, the one who cares about saving people and will always put the safety of others first.

But the real trouble in “Broken Trust” comes the next morning, when Jordan’s super-hearing picks up every scrape Jonathan’s spoon makes against his cereal bowl. Clark picks up on it right away, and once again, his first instinct is to protect his son, this time from himself, by benching Jordan from an upcoming football game. But the balancing act of allowing Jordan to live as normal a life as he can while keeping him and others safe surfaces again. Jordan insists he’s okay –which, of course, is just a cover for him wanting to play football – but Clark knows from experience how serious a mishap with Kryptonian powers can be. Adding to the danger is that the boys will be playing against their old classmates from Metropolis, the ones who tormented Jordan and on whom he’d like some payback. On which side is it best to err?

What’s great about “Broken Trust” is that it knows we know where it’ll go. Obviously, Clark will begrudgingly let Jordan play, and Jordan’s powers will go haywire again, and he’ll end up hurting somebody, and a parental talking-to will ensue. But it wisely goes about its logical progression in a surprising way by subtly making the conflict more about Jordan and Jonathan than Jordan and Clark. When Clark initially decides that Jordan will have to sit the game out, Jonathan goes to bat for his brother and convinces Clark to give Jordan a chance to prove that he’s fit to play. When Clark tries to show Jordan how to control his strength, he messes up; it’s Jonathan who knows what to say to allow Jordan to tap into his inner might. Jonathan is also the one who discovers that Jordan’s powers are still on the fritz, and he – not Clark – makes the decision to keep that knowledge to himself so Jordan can play. And when Jordan is about to give in to temptation and deck the creep from Metropolis, Jonathan stops him, at great personal cost. The broken trust of the title ends up being about Jonathan losing trust in his brother when he finds out what Jordan is capable of when he’s mad enough. Most shows would let Jonathan get lost in the shuffle or give him a trite storyline about petty jealousy, but Superman & Lois makes him as compelling and important as Jordan. 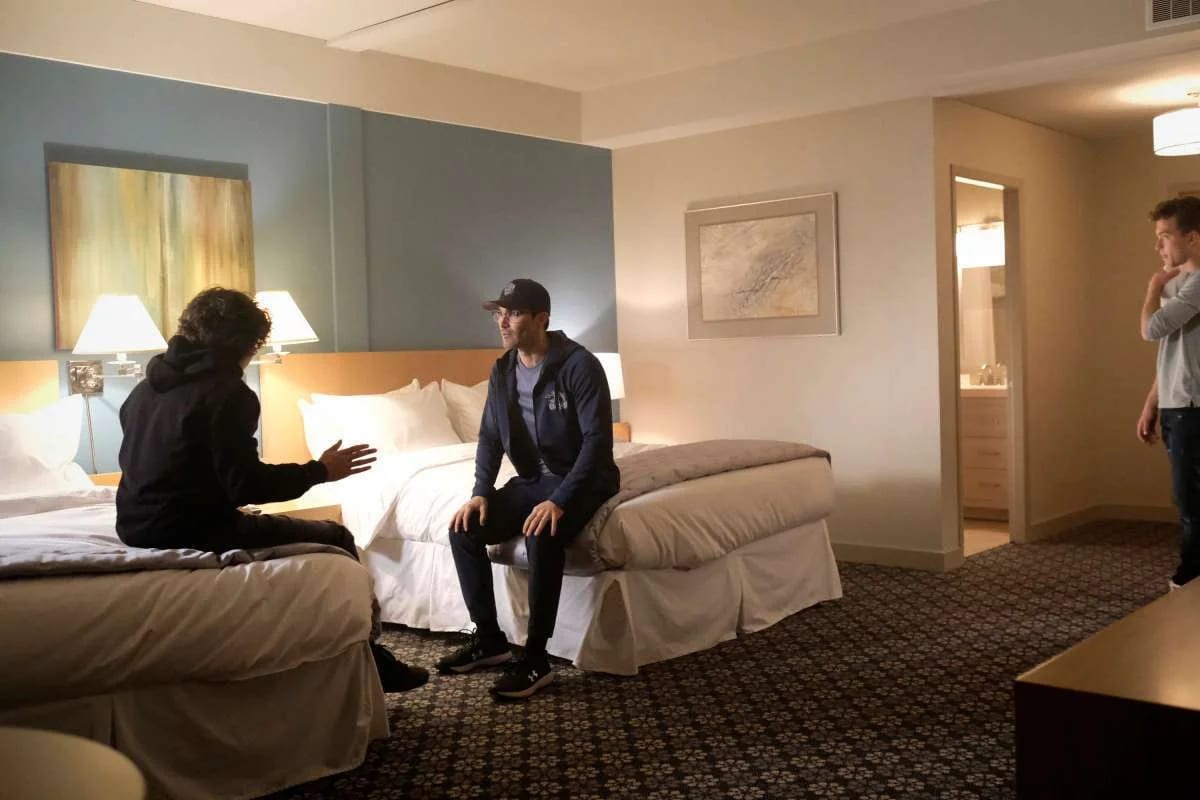 It isn’t just about Jonathan’s trust in Jordan, though. That theme permeates “Broken Trust,” as one would expect. Clark explains to Jordan that his powers meant that Superman had to earn the world’s trust by never using them to cause harm, something Jordan will have to learn as well. Every time Jordan wants to pulverize some jerk, he has to remember how strong he is and that he cannot give in to his every impulse. Superman’s confrontation with Sam’s soldiers illustrates how the Man of Steel deals with that every day; he’s confronted with a bunch of people who fired their guns at a teenager, and on a base level, he wants to melt them with his heat vision, but he forces himself to hold back. This is classic Superman; it’s the reason guys like Lex Luthor continue to walk the earth and sow their evil seeds. In turn, Superman loses trust in Sam, whom he believed would act with decency and restraint (although this was a bit naïve of him). Likewise, Lois learns quickly that she has to demonstrate trust in order to get it back and isn’t able to convince Lana and Kyle to help her dig up dirt on Morgan Edge. On the other hand, Edge wins their trust by rewarding their hard work with a great job for Lana. And Captain Luthor loses Lois’ trust when he’s proven to be lying to her about his identity and intentions.

I also appreciate that “Broken Trust” continues to make these conflicts even-handed and complicated. Superman may be right in defending Tag and questioning the morality of Sam using deadly force against a kid, but Sam makes some good points throughout the episode as well. Tag is extremely dangerous and could hurt innocent people; Superman has the luxury of being able to treat him gently, but humans are at a severe disadvantage and can’t just walk into a room with him defenseless. Moreover, Tag attacked Sam’s grandson, and he will do whatever it takes to protect his family. (One of the wisest things Jed Bartlett ever said: “You will not mess with the grandchildren.”) Lana and Kyle declining to help Lois destroy the man who’s about to bring them great jobs is perfectly understandable too. It’s a tough sell to get people to walk away from someone offering prosperity, especially when you have no evidence – and even more so when you admit you’re holding back evidence. They’re likely a microcosm of the resistance she’ll face when trying to sell the town on how evil Morgan Edge is. And while Captain Luthor is lying to Lois, it’s hard to find a good way to say, “I’m here to kill your husband because he’s too dangerous to exist.” 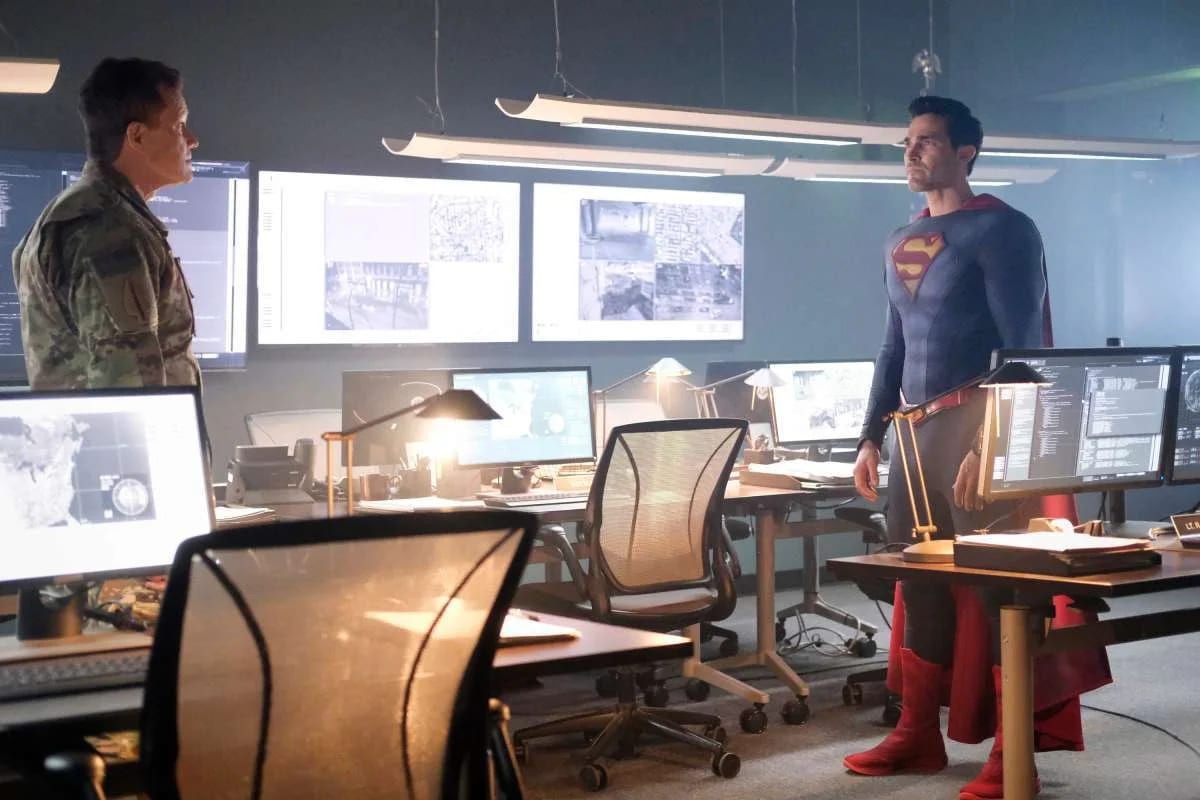 “Broken Trust” is a welcome return from a show that’s been gone too long. The theme of trust is consistent with each of the plots and subplots, the entire Kent family is used well, and, to great relief, Superman & Lois continues to understand Superman.

“Broken Trust” is a welcome return from a show that’s been gone too long. The theme of trust is consistent with each of the plots and subplots, the entire Kent family is used well, and, to great relief, Superman & Lois continues to understand Superman.