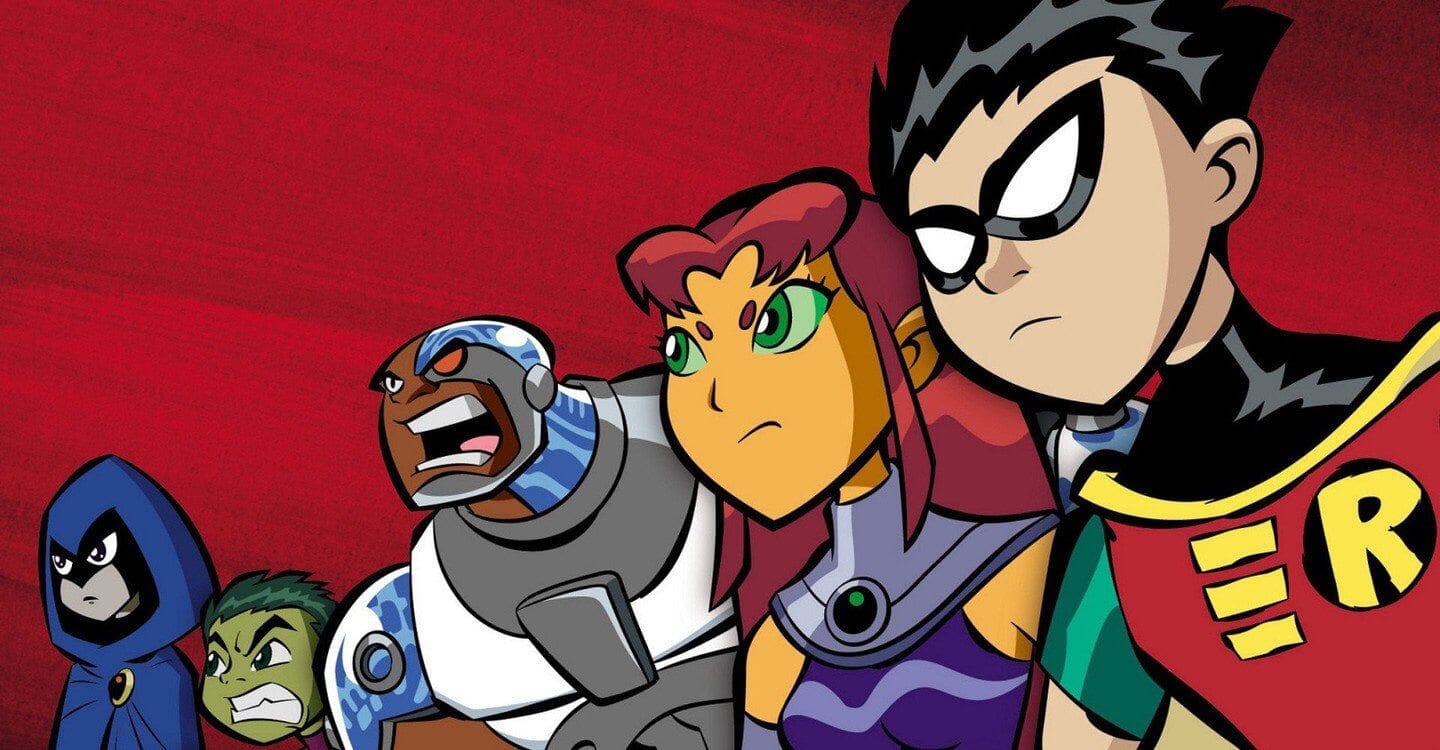 Teen Titans is a show that changed the way we viewed one of the most iconic teams in the super hero genre. Before its reimagination as a primarily humorous show (to the annoyance of many), it was something that really connected to its youthful audience through the way the varying personalities/backgrounds on the show connected to each other. It had sympathetic villains, questionable heroes, and dealt with some seriously high caliber emotional topics that made us re-examine what good and bad were. For this reason, it’s still remembered as one of the best DC/Cartoon Network shows.

In this article, I’m going to bust out my personal list of the seven most iconic Teen Titans episodes, ones that really showed us the true nature of the characters, or just had great action. By the end, you’ll either agree or will send me hate mail and pictures of your cat; either way, bring it on.

Without any further ado:

If you’re anything like me, you and your friends had a secret crush on Raven’s dark beauty, personality, and powers. From the show’s onset, she was the outsider in a group of outsiders that were struggling with their identities.  From Cyborg’s wish to feel human again to Robin conquering his temptations, Raven’s problems always seemed heavier, more surreal, because of her mysteriousness and her connection to magic.

This all came to a head in this episode series as we saw Raven deal with the reality that she was going to be the cause of the end of the world. It was interesting to see the team show her just how important she was, showing her the light that is teamwork and sacrifice that shows no matter where you come from, destiny isn’t always unbeatable.

2. Terra is Evil & Why I Have Trust Issues: Aftershock Part 1

Even more than Robin and Starfire’s cute flirtations and romance, everyone could empathize with Beast Boy’s relationship with Terra. It was something pure. It was something real. Then Terra joined Slade and messed it up for everyone. It was tough (but awesome) to watch Terra fight with Slade to tear up the Teen Titans on an empty street with enhanced powers. She made quick work of the entire team BY HERSELF before they were forced to run away/fallback.

I mean, that moment when all the other Titans are gone and Beast Boy looks up with that dejected, confused, broken look? That was a truly heartbreaking moment. When the Titans are back at their compound picking and licking their emotional and physical wounds, only Beast Boy defends her.

After some more fighting and reluctance, the battle escalates and Terra ends up trapping the Titans underground, where they as a group decide to handle her once and for all.

This episode was a tough watch.  It was great to see Terra serving the Titans a beating with Slade in tow. We got to see another one of Slade’s machinations play out, much to the chagrin of the Titans, and the fights are interesting. But seeing the Teen Titans as a unit agree to handle someone they fought so hard to accept ROCKS. (I’m sorry) 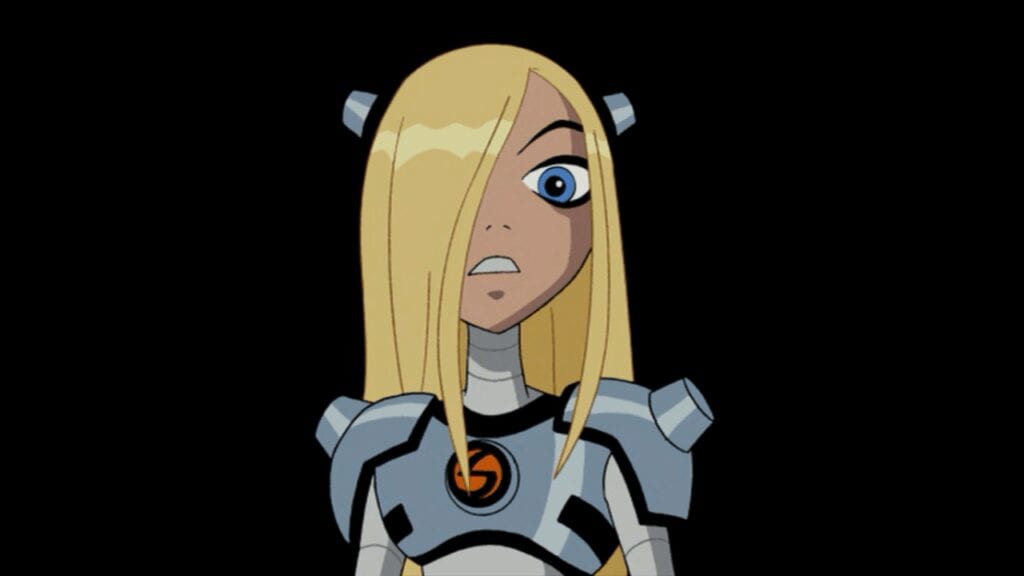 3. Terra is Evil? Maybe Not? Aka Aftershock Part 2

I had to tackle this episode separately because there’s a lot to unpack. Terra’s opening monologue, trying to be strong in her allegiance to Slade while subtly begging the question “Why in Gods name DID I DO THIS TO MY FRIENDS?” made us wonder if she was really evil.  The Titans catch her by surprise and stomp her out with ease. You saw a lot in this episode, from how vicious and unforgiving Slade could be to just how fickle Terra was. On one hand, he’s evil; I don’t know what kind of job security and comfort Terra was expecting. The fact she was surprised the suit was one with her and she couldn’t control her actions anymore was hilarious and sad. It showed just how unintelligent Terra could be.

Between the almost-Naruto-level-cheesy “You can do it if you just believe” conversation between Terra and Beast Boy, and the fact she wants to either be killed or have to kill Beast Boy, it was really a surreal episode. In the heartbreaking end, she sacrifices herself to save the city and the Titans, even though it was all totally her fault.

4. Trust No-one, Not Even Yourself: Masks

This one was actually one of the biggest plot twists in the whole show, so *spoilers*. In this episode, a mysterious new criminal pops up on the scene working for Slade and is creative, intelligent, and highly effective.  The Titans can’t stand up to the challenge, and it is later revealed that this new villain, known as Red X, is actually Robin. Robin has gone undercover to try to get close to Slade so that he can finally thwart him. In the end, it ends up putting him in a worse position than ever, both with Slade and his fellow Titans.

The amount of effort that Robin put into being Red Mask was both super awesome and borderline insane. Even long after this experience is put behind them, the other Titans seem to hold a small grudge about the fact that they were duped, and that Robin was capable of that level of trickery.  In any case, it’s a great episode that shows both how intelligent Robin is and how far he is willing to go to reach a goal. 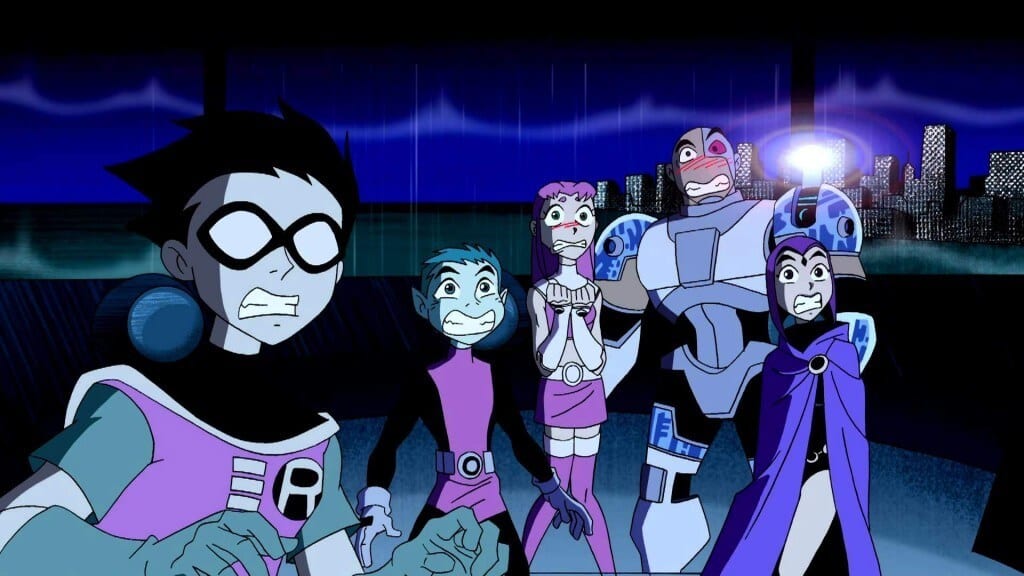 5. There’s Nothing To Fear Except: Fear Itself

In the history of American cartoons, there are few episodes of a TV show that are as creepy as this one. It genuinely is one of, if not the best horror episode of any animated show I’ve ever seen. As you can tell, I love Raven-centered episodes, and this one takes the cake.

When the Titans capture a villain named Control Freak who lives his entire life obsessed with TV and movies, they stumble upon a horror movie called Wicked Scary.  Upon returning home, Beast Boy pops it in, and that’s when the fun begins. Even Raven, who claims to never be scared, is terrified by the intensity of the movie. Then horrible things start happening in the Teen Titans tower; they begin disappearing, and there are monsters afoot.

As far as episodes go, this was even cooler than normal because it showed the dynamic range to which the show was capable of going. They dropped a solid horror episode that had small hints at what was causing the problems without it being obvious.  There were some awesome character designs, and it definitely fits as one of the most iconic episodes, especially when considering it introduced the corny but funny Control Freak.

Hands down my favorite two episodes, so much so that they have to be watched together to be appreciated fully. When Robin appears to have turned evil, the team is heartbroken. It seems that Robin has begun working for Slade, and after his early sojourn as Red X, the team really is confused.  Without spoiling too much, it’s awesome how they handle the complex relationship of Slade and Robin with the iconic “father” line being some of the strongest writing the show exemplifies. Slade and Robin are genuinely made for each other as nemeses. 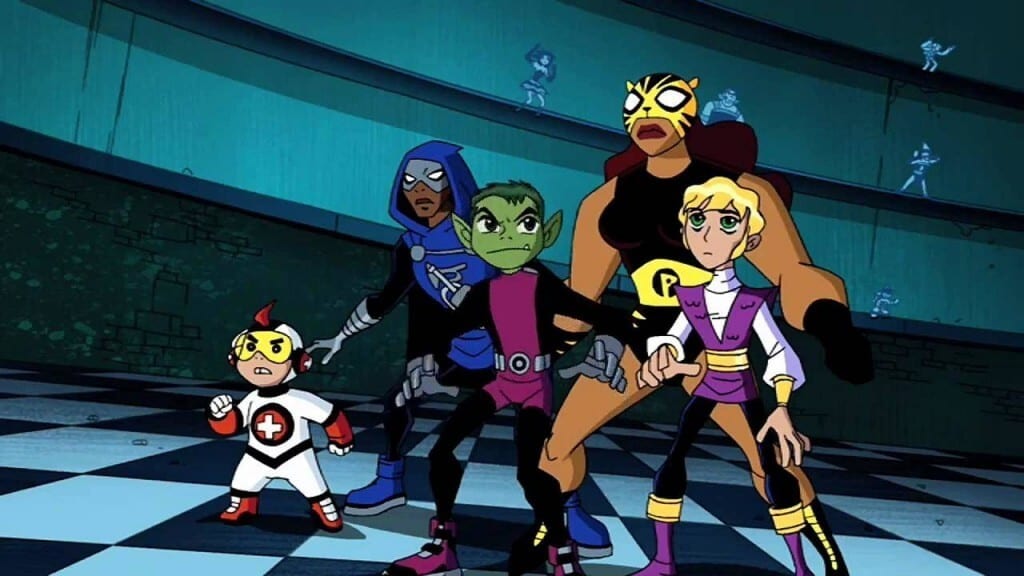 7. Ever, Ever, Forever-Ever?: How Long Is Forever?

I thought it was funny how similar this episode was to something that DC later did with The Flash on the CW. The Titans begin the episode fighting over petty things on what Starfire names “Friendship Day.” She gives them a speech about the importance of friendship, to which they respond that they will always be friends and there is nothing to worry about.

In this episode, the Titans fight a time-traveling villain named Warp as he attempts to steal an artifact from a museum which is from a century later in time. During the battle, Starfire gets caught up in his time traveling power and they are both transported 20 years into the future. In this future, the Titans have disbanded; BeastBoy is an abused circus trick; Raven has lost her mind; Cyborg is on giant life support; and Robin is Nightwing and fighting crime solo, albeit effectively.

This episode shows the dystopian future that would’ve happened if there was no Starfire and her characteristic warmth and her importance to the group.  You see how Starfire isn’t just a kind heart, but can be the leader of the group, even if Robin/Nightwing is the official leader. Its fun, exciting, and is something that DC later borrows from in its other series to display the importance of friendship and that time isn’t permanent. (They went overboard with The Flash timelines.)