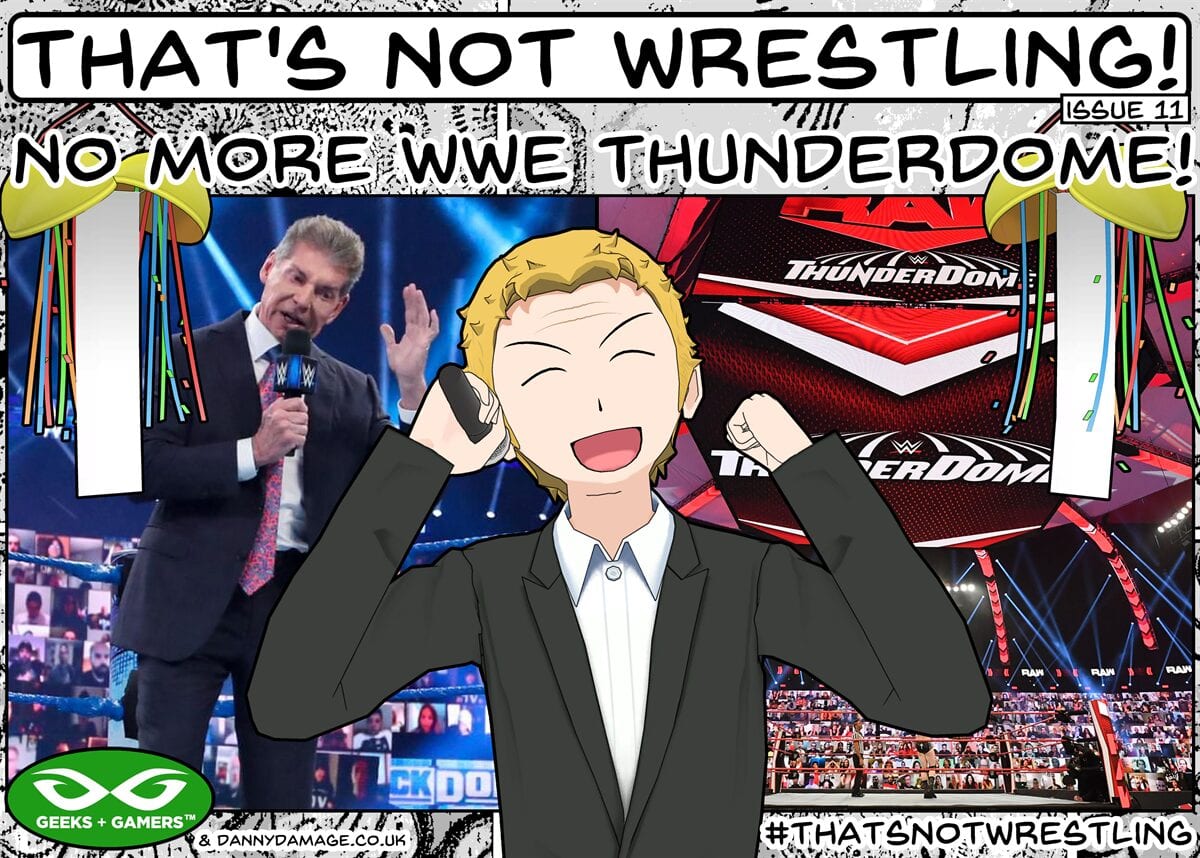 Welcome, and thanks for joining me! A couple of years ago, the planets looked to be aligning for a fantastic shift in the realm of pro-wrestling. Talk of a smashing new promotion with a television deal and “serious, sport-based wrestling” was on everyone’s lips. Finally, the modern wrestling fan’s life of “eating shit and learning to love the taste” was over. Or was it? Meet me here every Thursday to pick apart the actions of the daft, the dangerous, and the desperate in pro-wrestling… well, in WWE (this week) anyway.

That’s right! I’m taking a week off from kicking the near-dead horse that is AEW. I’ve been feeling a little mean, and I fancy giving it a chance to at least get back on its feet before I start laying into it again. Ten issues on AEW now, and there are still problems – one of which is people still screaming that AEW isn’t the aforementioned near-dead horse and that it is, in fact, a prized pony. Another problem is that, no matter how talented the people from WWE that AEW sign may be, AEW are still filling their roster with ex-WWE talent. That’s not a great move if you’re trying to avoid being called WWE-Lite, TNA Impact 2.0, or an ode to the dying days of WCW.

As previously mentioned, I’m not a fan of the WWE Thunderdome. In fact, I’ve taken shots at it not once but twice in videos already. However, today is not a day to be sad; today is a day of celebration! The day is finally upon us where the WWE Thunderdome shall be no more!

Now, I know it may seem a tad redundant for me still to be barking on about this, but I know what Vince McMahon is like and what he and WWE are capable of. Just because they say The Thunderdome has been packed away into a neat corner of a warehouse somewhere doesn’t mean it won’t get dragged out and set up again for some nostalgia-filled attempt to get a spike in the ratings. We must be vigilant and ensure it never finds its way back into the world, and I’m here to stick a poster on the wall about the damage it has done and could potentially further do… just as a polite reminder.

For instance, AEW instantly has more appeal with their live crowd-filled shows. Even though they might be a little drunk and/or love blind, even if some of them are arseholes that jump the rail, the real sound of their real voices and real reactions just reiterate how plastic and abrasive the WWE product currently is, and it automatically makes AEW seem better in comparison. Tony Khan even stumbled into making the right call in not emulating the Thunderdome to replace the live crowd.

This past Monday’s episode of Monday Night Raw was apparently the final time we’re going to be subjected to the sensory assault that got an A for effort but an F for delivery. I was still watching all the wrestling I had time for when The Empty Arena Era began, and I was willing to give the new setup a chance. It was a good idea to fill the void of live fans, offering the sight and sound of the real thing. However, it soon became very clear that this tool could (and would) be used to perpetuate WWE’s manufactured, plastic environment and presentation.

Having fans reacting (albeit with a small delay) was much better than having the wrestlers work in total silence and on their own; I totally agree there. There were many people that made comments on WrestleMania 37 sounding like two nights of heavy breathing and grunting. It also felt like I was watching an unfinished product. With that in mind, having pre-selected and pre-placed fans based on a form they filled in regarding who they’d boo and cheer for is leaving the door open to all kinds of shenanigans.

WWE had played around with fake fan noises for years when Smackdown was pre-taped, so manufacturing more of that was no surprise to me whatsoever. What I didn’t realize until after a couple of visits, however, was that, in time, new fans would not be needed for the Thunderdome’s events. A database had been built of fan’s different reactions that could all be pulled up upon request, and Vince would finally be able to control and present a perfect product for that fabled new mainstream audience he’s been chasing for years.

As well as the shameless duplications WWE is happy using at one time, just how the fudge are you supposed to focus on the action when there’s all that noise and distraction going on around it? My eyes! 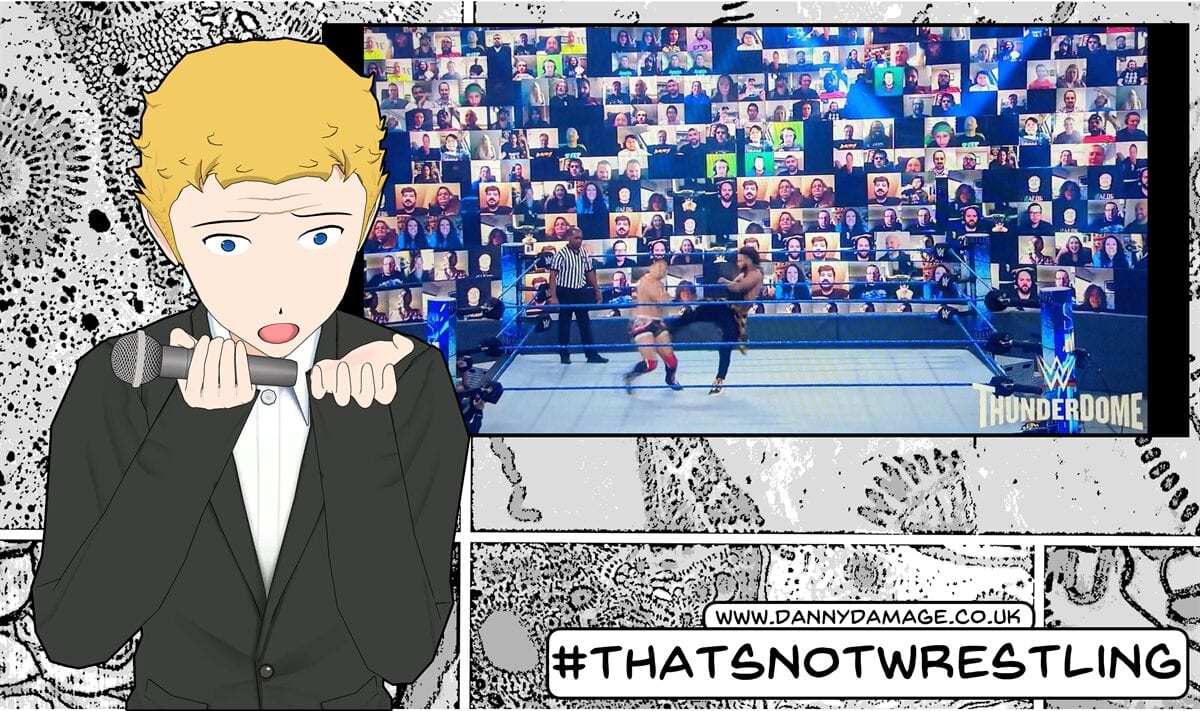 I’m sure that Vince’s face will begin to scrunch into itself once live fans boo or cheer for someone they’re not supposed to. With the Thunderdome, there was no need for him to worry about fans interacting with Roman Reigns the wrong way; Vince’s “appropriate” responses were triggered with the simple press of a button on a soundboard. I’m also confident that Vince doesn’t miss the “CM Punk” chants AT ALL. And why would he? His ultra-natural-sounding soundboard of joy created that “Drew, Drew, Drew” chant so wonderfully! </sarcasm>

Watching events in The Thunderdome has more of a wrestling video game feel than a live wrestling show feel. The looping crowd animations, the exact same audio clips to respond to the exact same events – if Vince had his way, he’d be able to micromanage and sterilize wrestling even more than he already has.

Needless to say, this cannot happen, and not even for that “one-off.” As I’ve touched on before, WWE is already adept at using 3D graphics in their arenas; it’s only a matter of time before these get even lamer. It started off with the event and venue name; then we got the match cards, and if we let it, it will get worse than Matt Riddle’s flip-flop pigeons. Oh, wait…

I almost forgot that they beamed Paul Bearer in to see The Undertaker off. It was a nice touch for the moment, but I feel like my emotions were played with just so someone could get their foot in the door. The next step in this fabrication of a fabricated universe would be to have him (or another character that WWE owns) escort someone to the ring. Once that gets established, it’s only a matter of time before holograms are competing and WWE makes up any old bollocks just to scrape by. Anyone for a 100-man Royal Rumble featuring anyone and everyone from the past and present? It’d be just like leaving one of the video games on demo mode.

I doubt it would be too hard to pull off, either. With the body scans that WWE has their talent undergo for the purposes of action figures and the WWE video games, I can totally see Vince McMahon wanting to use someone’s likeness after they’ve left the company. This obviously only applies to a few special cases he’d be interested in, but if he owns the character and the scans, I can’t imagine Vince not trying to get away with it.

We’re just about done now. Is everyone that wasn’t convinced before now convinced that The WWE Thunderdome has long outstayed its welcome? Very well. If I can’t trust everyone to have a solid “no” at the ready if asked about this shit-house returning, I suppose there’s only one plan I can trust: let Randy Orton feud with it. 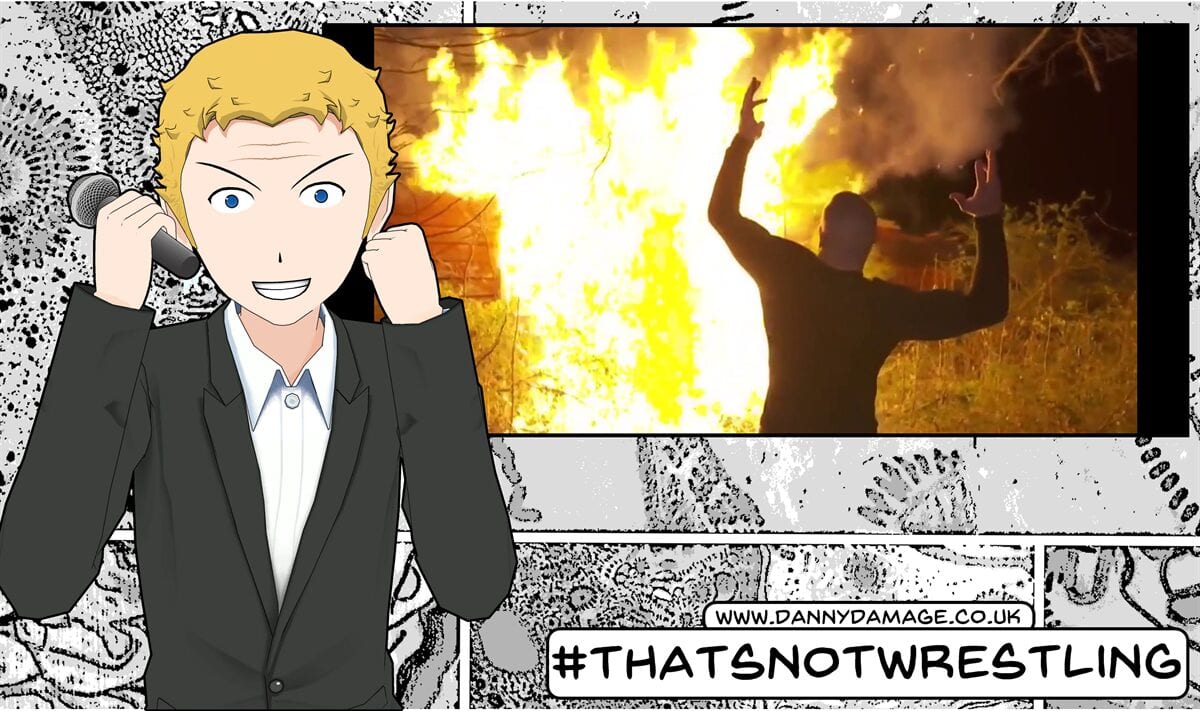 And if it needs softening up beforehand, we could always let Tony Khan camp out and use it as a den for a while. It’s only a matter of time before he baby-oils himself up and batters the utter shit out of an office-type environment with a baseball bat anyway.

Speaking of which, back to Tony and AEW next time! 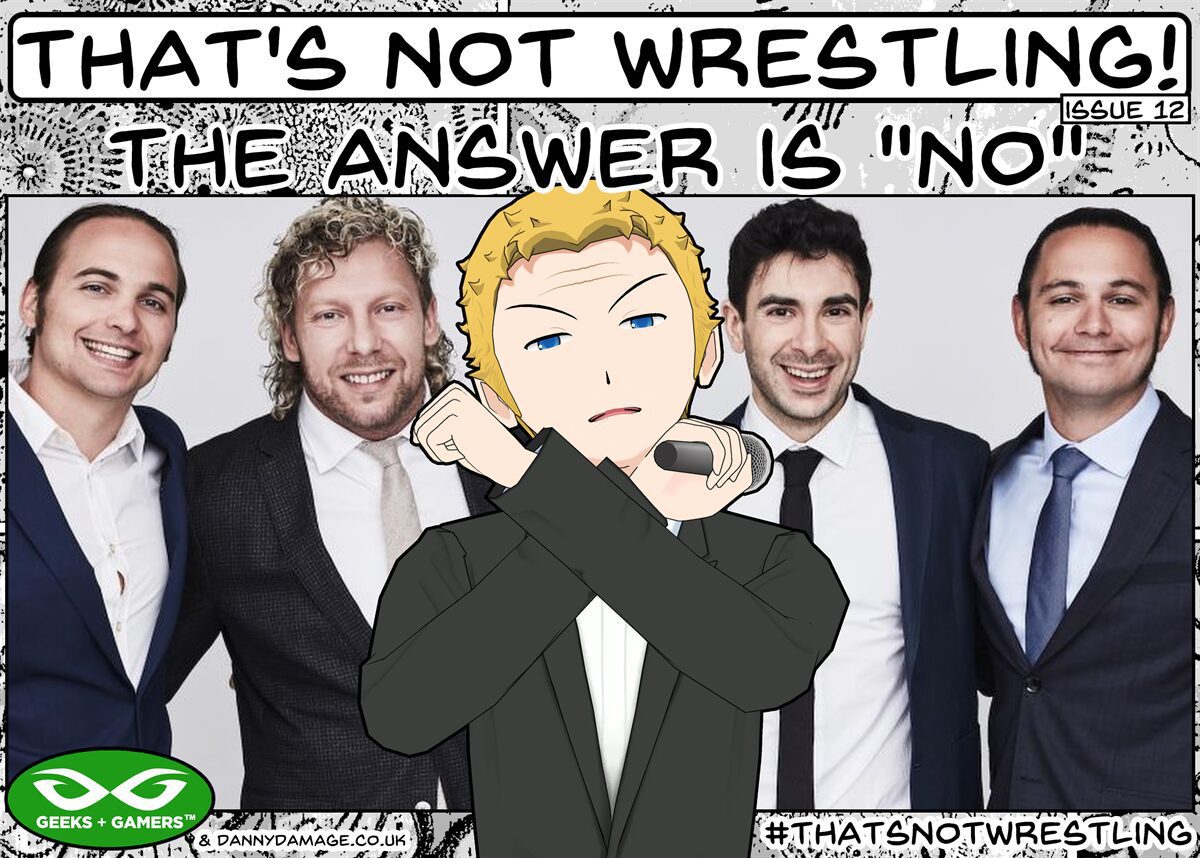