Home  /  Entertainment  /  Television  /  The Characters of Arcane: The Youth of Piltover

The Characters of Arcane: The Youth of Piltover

"In the pursuit of greatness, we failed to do good." 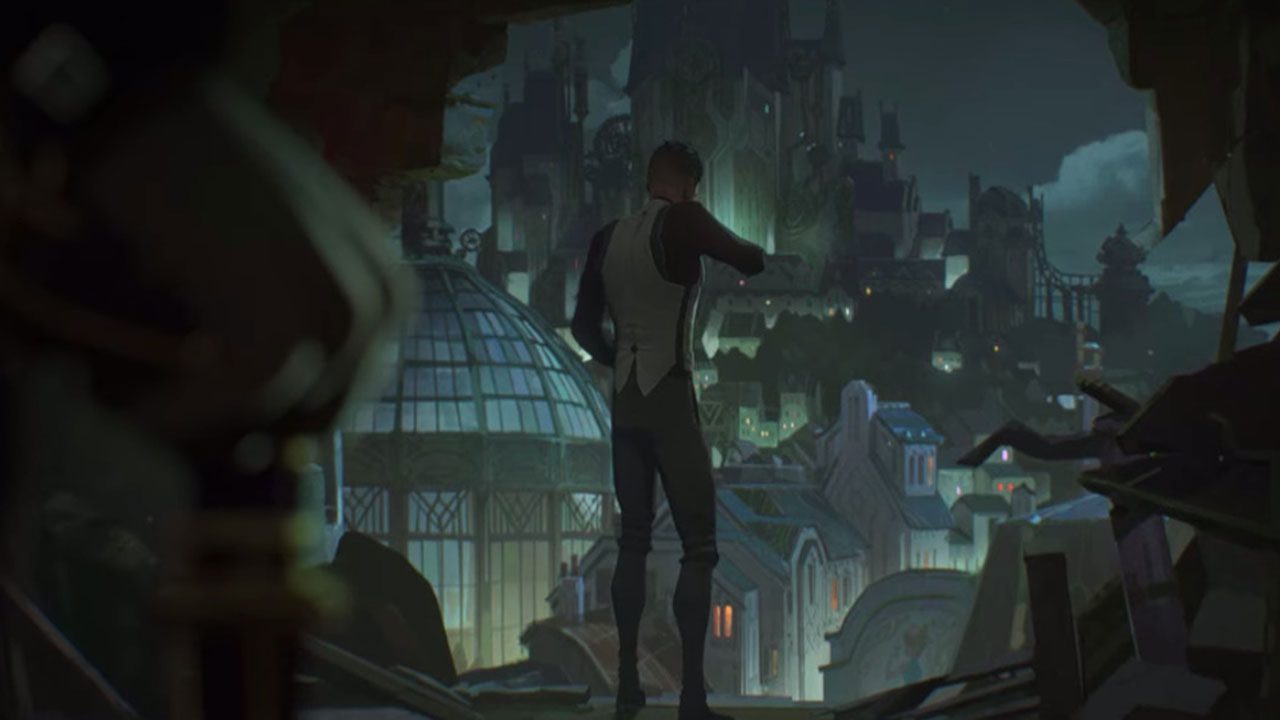 One of my favorite characters in Netflix’s Arcane is Jayce Tallis. I also believe he’s one of the most underrated characters in the series, something I’ve been surprised to find. One scene people have been raving about comes in episode 7, “The Boy Savior,” when two characters collide after some time apart. It features a high-energy song, gorgeous and unique visuals, and a turning point for both individuals. I think Jayce features in not one but two sequences that rival that spectacular clash. The first comes in episode 2, “Some Mysteries are Better Left Unsolved.” A crucial part of Jayce’s backstory is revealed with style as the show allows the visuals and music to speak for themselves. This is the scene where I knew I loved Arcane. A mysterious, cloaked wizard channels runes to save Jayce and his mother from freezing to death. The swelling score and striking visuals alone make this scene breathtaking, a sight to behold. But this is more than that; this is the birth of a fascinating character. After episode 1 focused entirely on Vi and her siblings, this episode delves into the elite of Piltover and explores the differences between the two groups. Piltover may be the high-tech city of progress, but that doesn’t mean its people don’t have problems. One reason I find Jayce so compelling is that he isn’t shaped by trauma. Jayce has one of few positive backstories in Arcane, inspired by the mage to do good. He’s also one of the only topsiders who actually want to help the people of the Undercity. His motivation and setup are entirely positive and aspirational, something that was needed in a show with so many broken people struggling to survive. This begs the question of whether Jayce will allow the difficulties he faces to change him, to take away his drive to help others.

After seeing what Jayce experienced and feeling his fascination with the arcane, we’re thrust back into the present, specifically his present. While Jayce was burglarized by Vi and the kids, Piltover’s enforcers and council still hold him accountable for the explosion. The building was destroyed because Jayce possessed dangerous magical gems for his experiments, illegal by their mystical nature. The council has little sympathy for the young man’s ambitions, particularly Professor Heimerdinger, an ancient creature who has witnessed firsthand the destruction wrought by the arcane. Councilor Bolbok, a robotic life form (from what we call tell), reveals that his people were nearly wiped out by practitioners of the magic arts. The council expels Jayce from his studies and considers him lucky to remain within the city. This is where Viktor comes in. Viktor is Heimerdinger’s assistant and a hugely likable character in his own right. He believes in Jayce’s theories when nobody else takes him seriously. Even Jayce’s own mother, who personally experienced the power wielded by the mage, wants him to quit. But the two men join together and master the means of Piltover’s future greatness. On my first watch-through, I assumed Viktor was up to no good. He’s a skinny, sneaky man with an accent unlike anyone else in the show. Also, his name is Viktor, and he’s a scientist willing to do what everyone else in the city considers immoral and dangerous. I rest my case. 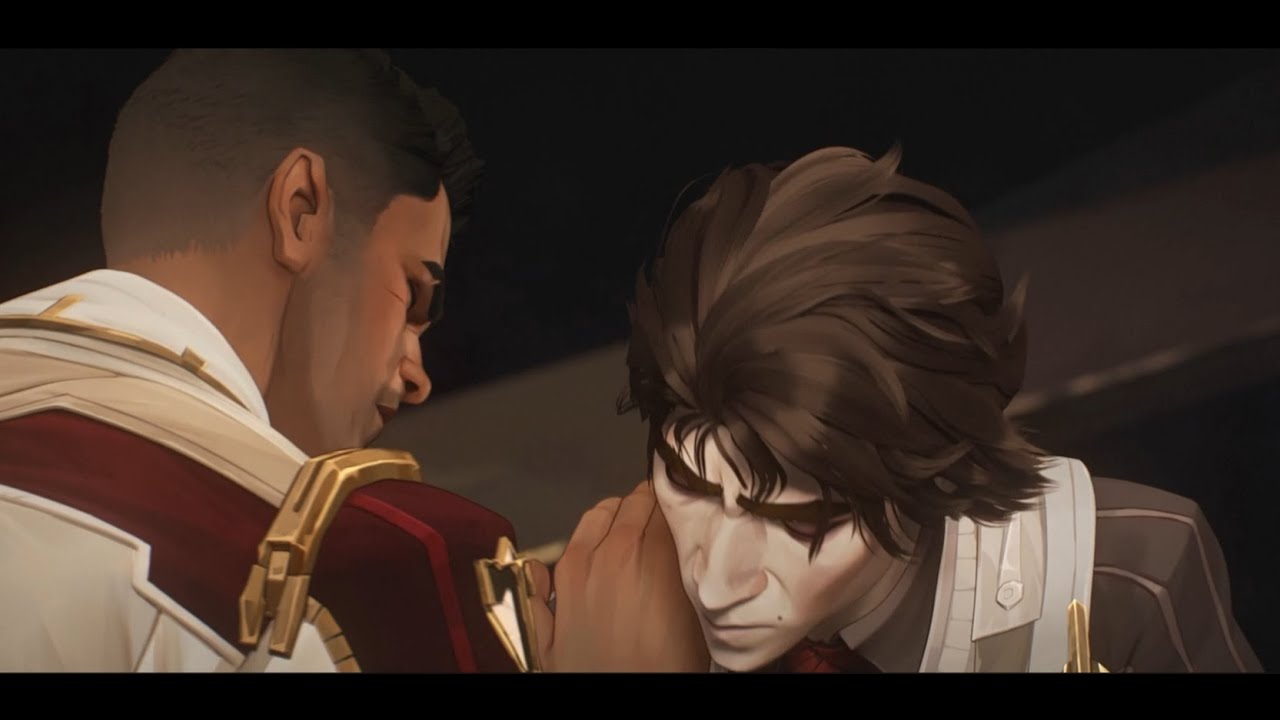 However, Viktor is a great example of how Arcane uses our expectations and common film shorthand against us. Viktor proves to be one of the most human and sympathetic characters in a show packed full of them. His friendship with Jayce is genuine, and the differences between the two men strengthen them both. Neither could have unlocked the secrets of the arcane alone, and the idealistic Viktor pushes Jayce to unapologetically change the world. Viktor better understands the practical applications of this new magical technology. Coming from the bad side of town and forced to live with a crippling disability, Viktor is keenly aware of what the people of Zaun are suffering. As the two develop HexTech and discover some of these uses for it, Viktor’s journey is simply beautiful. Similarly to Jayce, we get a flashback to Viktor’s childhood. We see him struggling to keep up with his toy boat and unable to play with the other children in the Fissures. Throughout episode 6, “When These Walls Come Tumbling Down,” we’re treated to more flashbacks to Viktor’s introduction to Silco’s scientist Singed. We see how they fell out, as Viktor came to see Singed as a monster, only understanding him now as an adult. They work together to save Viktor’s life with a twisted iteration of HexTech, and it’s only with these ministrations that Viktor is finally able to run. This leads to a beautiful visual moment full of meaning as Viktor outruns the real ships in the harbor. It’s a shockingly emotional triumph, a breakthrough, as his body can finally keep up with his spirit. 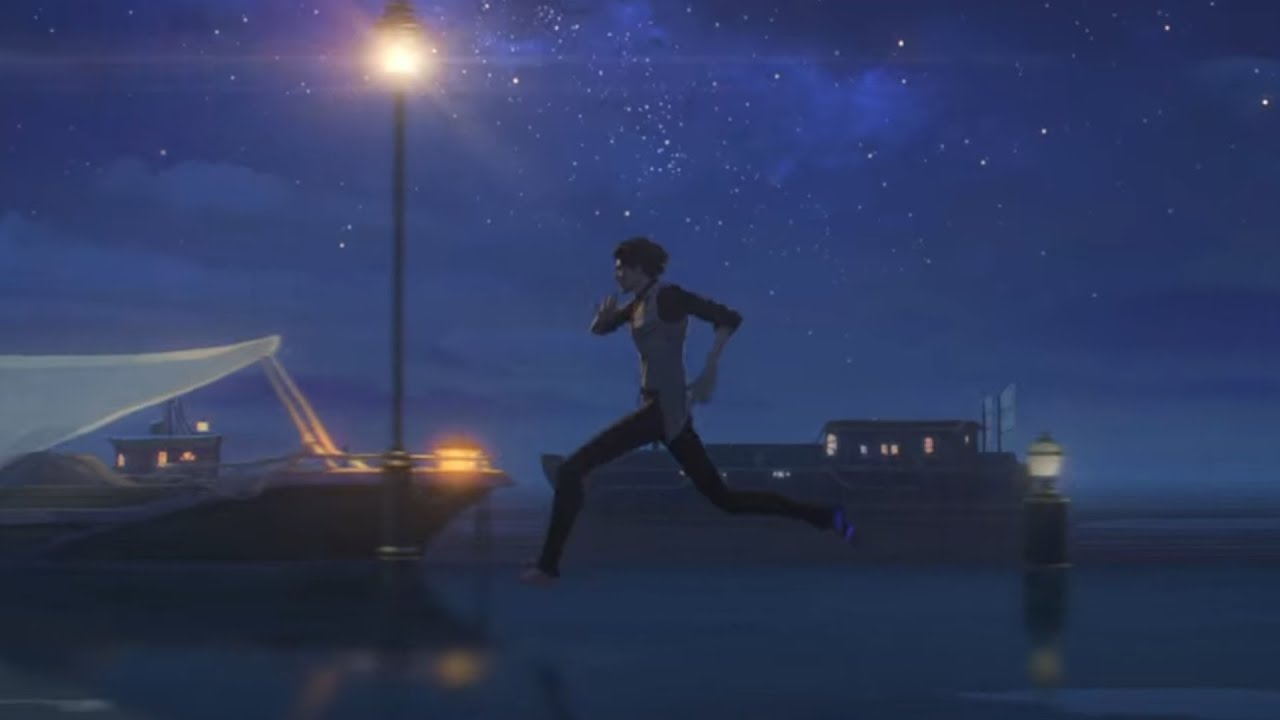 Unlike Jayce, Viktor’s life has been full of trauma and hardship. His body is literally falling apart, only salvageable thanks to the workings of a madman and an unpredictable, unstable material. This compassionate, empathetic young man who once railed against Singed’s mistreatment of Rio is now willing to do anything just to stay alive. I like that Arcane never spells out how much Viktor is motivated by self-preservation and how much is an extension of his desire to help people. After all, his work isn’t done, and there’s always more progress to be made. Another crucial component of Viktor’s story, and especially that of Jayce, is Mel Medarda. This beautiful, mysterious councilwoman is immediately an object of interest for Jayce. Even in his trial with the council largely antagonistic towards him, he’s taken aback by such an attractive councilor close to his age. Just like Jayce and Viktor, Mel is part of the next generation of Piltover giants with the ability to perpetuate the city’s injustices or make meaningful change. 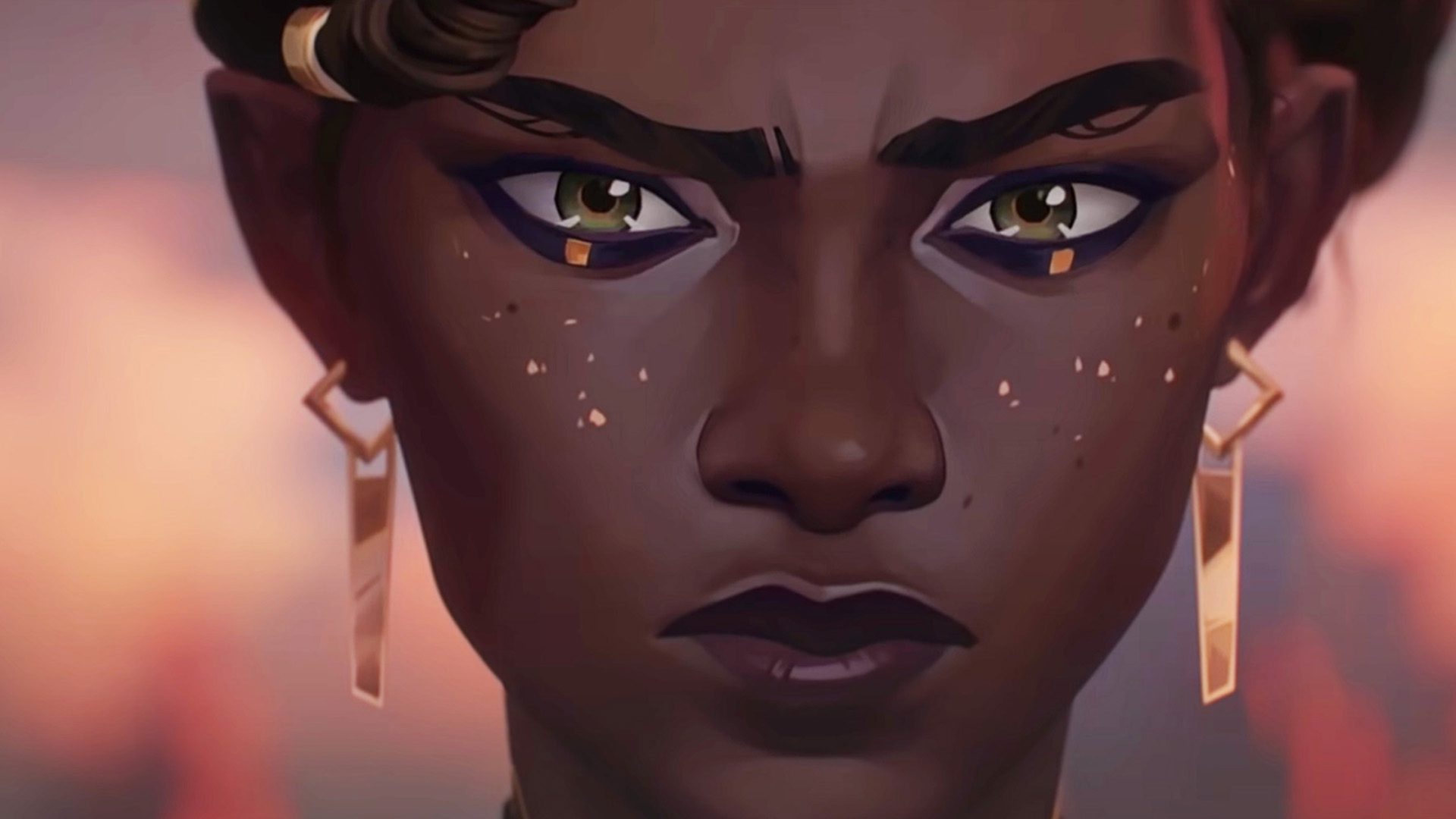 Much like Viktor, I didn’t initially like Mel at all. She comes off as a femme fatale, using her power and beauty to bend people to her will. Anyone from the impressionable Jayce to her fellow council members is one gift or gesture away from being under her thumb. Jayce and Viktor wouldn’t have been able to access the equipment to prove their theory without Mel letting them in. This was done out of some measure of self-interest, although it’s not clear whether she had any altruistic intentions. Mel is the source of Jayce’s first big test of character as she uses her influence to make him a councilor and then forge alliances for him. Jayce is interested in helping the people of Zaun and Piltover, not political intrigue and trade agreements. But these are the tools of Mel’s trade, the weapons in her arsenal. At first, it seems like Jayce will be yet another of these tools, but things change as Mel begins to show genuine interest in him and treat him as an equal. What a twist! In all seriousness, the way they peel back the layers of characters in Arcane is just magnificent. Much has been made of Vi and Caitlyn’s relationship, but I think in the excitement, Jayce and Mel have been overlooked. Their chemistry is palpable, and Jayce actively makes Mel a better person. Episode 8, “Oil and Water,” does much to humanize Mel. We’re treated to a flashback of a lesson from her mother Ambessa about the ruthlessness necessary to rule. It’s easy to imagine how this type of upbringing, where your mother is willing to kill a child in front of you to make a point, would result in someone like Mel. Then her mother arrives in Piltover in the present, and we see how Mel wants to protect Jayce and, by extension, Piltover from Ambessa’s corrupting influence. 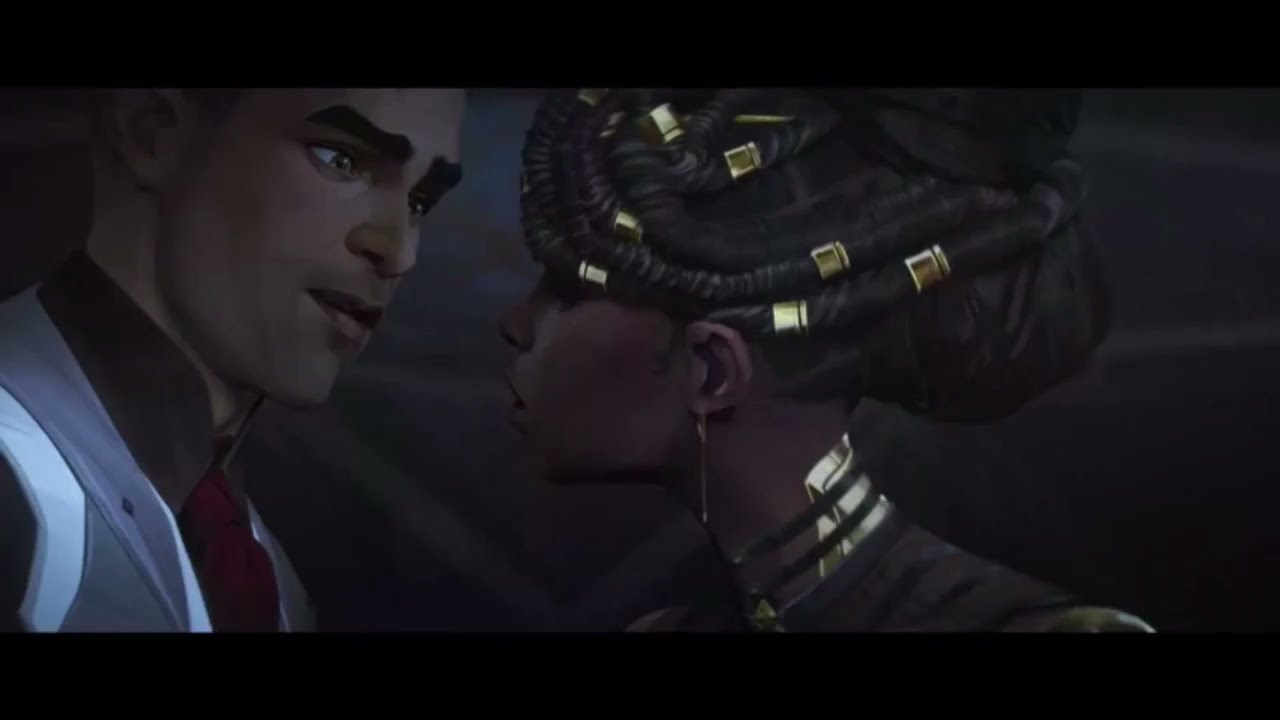 Despite Viktor coming from the Fissures, Caitlyn is the young adult from Piltover who becomes most entrenched in the suffering of Zaun. Even more so than Jayce, who seems to have had more of a middle-class upbringing, Caitlyn has had a charmed life. She grew up the daughter of a councilor, and her family was evidently very well off, sponsoring Jayce’s education. Her story in Arcane is about learning just how bad things truly are. As a child, Caitlyn was blessed to ponder things like her dreams and motivations. I love the flashback sequence where she takes part in a shooting contest against Grayson. After it’s over, the enforcer tells Caitlyn about her desire to use her prowess to protect the people of Piltover. She then asks what Caitlyn is shooting for. I love scenes like this because they invite us to engage with the work by asking questions rather than providing information. What kind of person is Caitlyn? What drives her? We see Caitlyn has a sibling-type of bond with Jayce before the time jump, and I’m glad it stays that way. Anything more would be a little creepy since she’s a child when he’s in his early 20s. Furthermore, Caitlyn’s relationship with Vi is crucial to her experience of the Undercity as more than a hive of scum and villainy. As an adult, it quickly becomes apparent that Caitlyn wants to get involved and help people directly. This stands in opposition to her parents, who want her to work a cushy, safe government job like her mother does as a councilor. As soon as the opportunity presents itself, Caitlyn is willing to jump into action to protect the civilians of Piltover at great personal risk. But is she willing to shoot for the people of Zaun?

This is part two of a series.