The CW Releases New Image of Jordan Fisher as Impulse 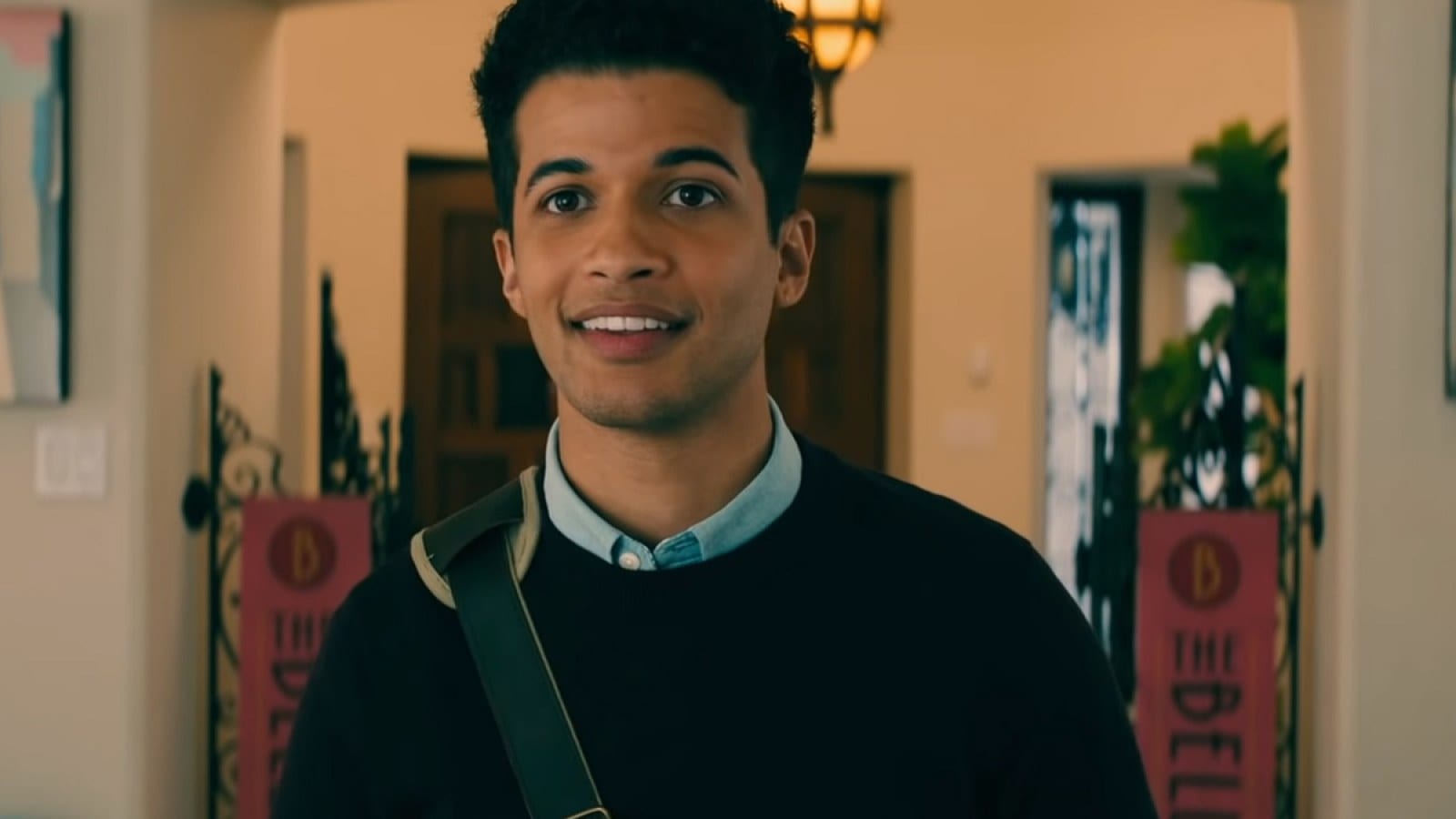 When The CW announced that they would be producing a live-action Flash television series, fans of DC’s Fastest man Alive were ecstatic. There had not been a live-action representation of the iconic Scarlet Speedster since John Wesley Shipp portrayed the Silver Age hero, Barry Allen, in 1991 (I’m not counting what Smallville did). The new series was also hot on the heels of Arrow, another CW DC show that was still performing quite well for the network. The series started off fantastic, and its first two seasons were strong; however, it has since fallen from grace with long-time fans of the Flash and the general audience.

Flash Facts enthusiasts have noted the series as infamous for their drastic alterations to characters from the comic book universe. These changes have ranged from personality changes and palette swaps to just widespread misuse and placement of characters (check out more on the differences between the Flash’s villains in the comics and the show here). The latest alteration they’ve made is an insult to Flash fans who grew up in the 90s, and that’s the addition of Bart Allen, aka Impulse. The CW announced that multi-talent Jordan Fisher (Hamilton and The Secret Life of an American Teenager) would be playing the iconic youthful speedster from the future. That immediately set off red flags for fans. In true CW fashion, the network palette-swapped Bart Allen. Their excuse? They don’t have much of one, really; narratively, they can lean on having made Impulse Barry and Iris’s son, but that’s only because the showrunners decided to tokenize Iris as well. If nothing else, this generational change is consistent. Nora West-Allen, aka XS, was made the couple’s daughter from the future in Season 5 even though comic book fans know her to be their granddaughter. But even that excuse falls apart when noting that the series’ showrunner, Eric Wallace, has said in an interview with Insider that Fisher was the only actor he wanted for the role.

This brings to bear a few things, not the least of which is the argument that race changes to classical comic book characters come merely as a result of “they were the best person for the role.” That’s not how this works. Casting directors don’t put out a massive, open call and whoever happens to be “the best” gets the role regardless of how accurate they are to the character’s traditional appearance. These changes are nothing short of deliberate. Iris West is not now, nor has she ever been anything other than a strong-willed, reddish-brown-haired (some colorists have leaned more into the brown tones) white woman. No disrespect to Candice Patton – she’s a beautiful young woman and a talented actress in her own right. Still, she’s neither Iris West in look nor characterization. We can expect the same from Jordan Fisher’s performance of Bart Allen, and Eric Wallace confirmed this when he told Insider, “He’s his own unique interpretation of the Impulse character.” In other words, he’s going to be Impulse in name only and unrecognizable to fans of the character who debuted in The Flash #92 while Wally was the book’s lead.

A few behind-the-scenes photos have been released which show Fisher’s Impulse costume to look anywhere from okay to mediocre. However, in a hilarious attempt at bridging the gap between fans of the 30th Century speedster in the comics and those of the TV series, the CW released a piece of promotional art of the character. The photo, which is intended as a live-action representation of an illustration by Howard Porter bringing Bart back into the DC Universe at the end of the Flash War story arc, comes across as some subpar, Spy Kids 3 quality imagery. 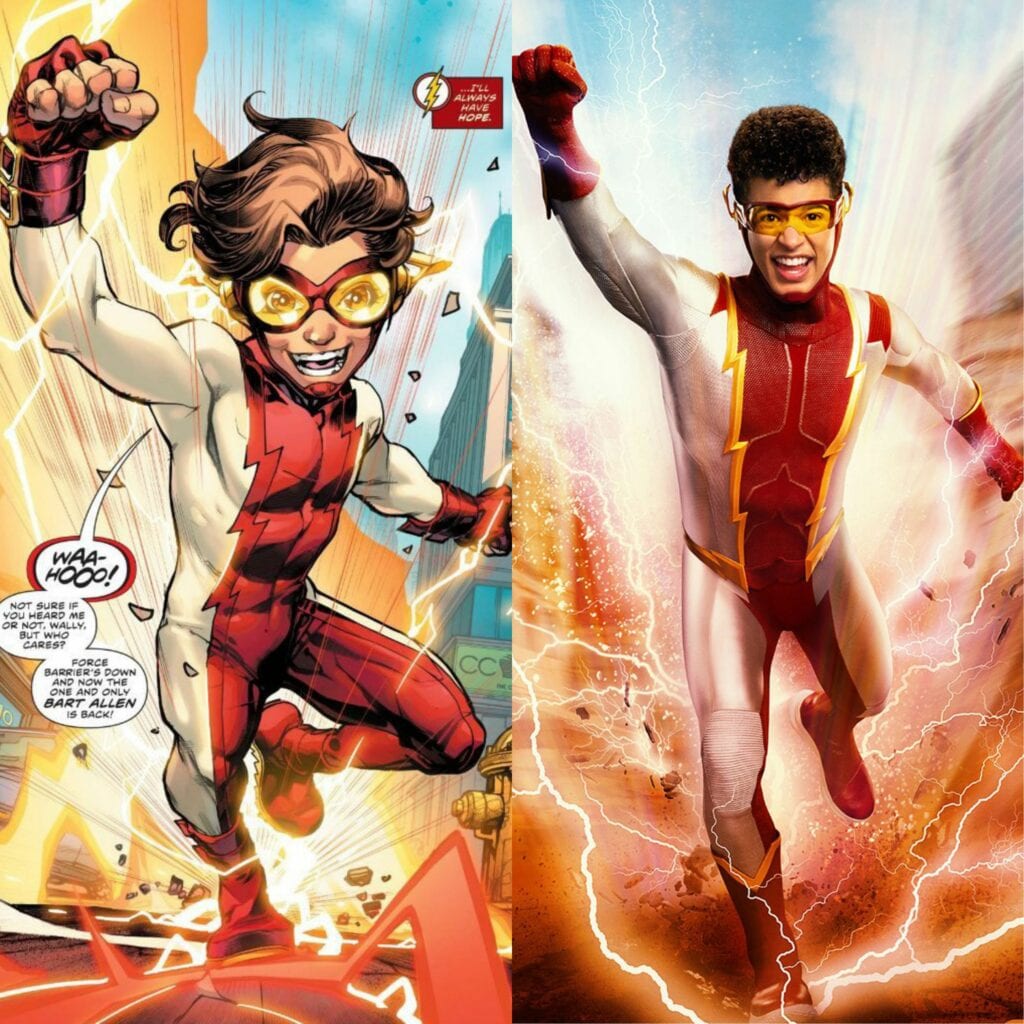 Fans of the Flash Family should be no strangers to the gross misrepresentation of these characters at this point, but that doesn’t make it any less frustrating. Zack Snyder gave us yet another tokenized Iris West in his 4-hour cut of Justice League. Talking about the joke of what he calls “Barry Allen” would require an entire long-form article all on its own. Clearly, putting these iconic characters, our modern myths, onto the big or small screen is nothing more than a vanity project for Hollywood writers. They couldn’t care less about accurately representing the heroes with whom we grew up and followed for decades. All they care about is leaving their own imprint on these characters, one that sees them be name-only again and again – established continuity and characterization be damned, and that’s a Flash Fact.

There are a lot of things that had to work in cohesion to make the character of Bart work. When he was initially introduced, he wasn’t particularly well-liked. He was like Damian Wayne in that regard (though he still sucks). His age – being around 2 years old but appearing 12 and growing up in VR dramatically affecting his personality and demeanor among other things. https://www.geeksandgamers.com/friday-flash-facts-bart-allen/