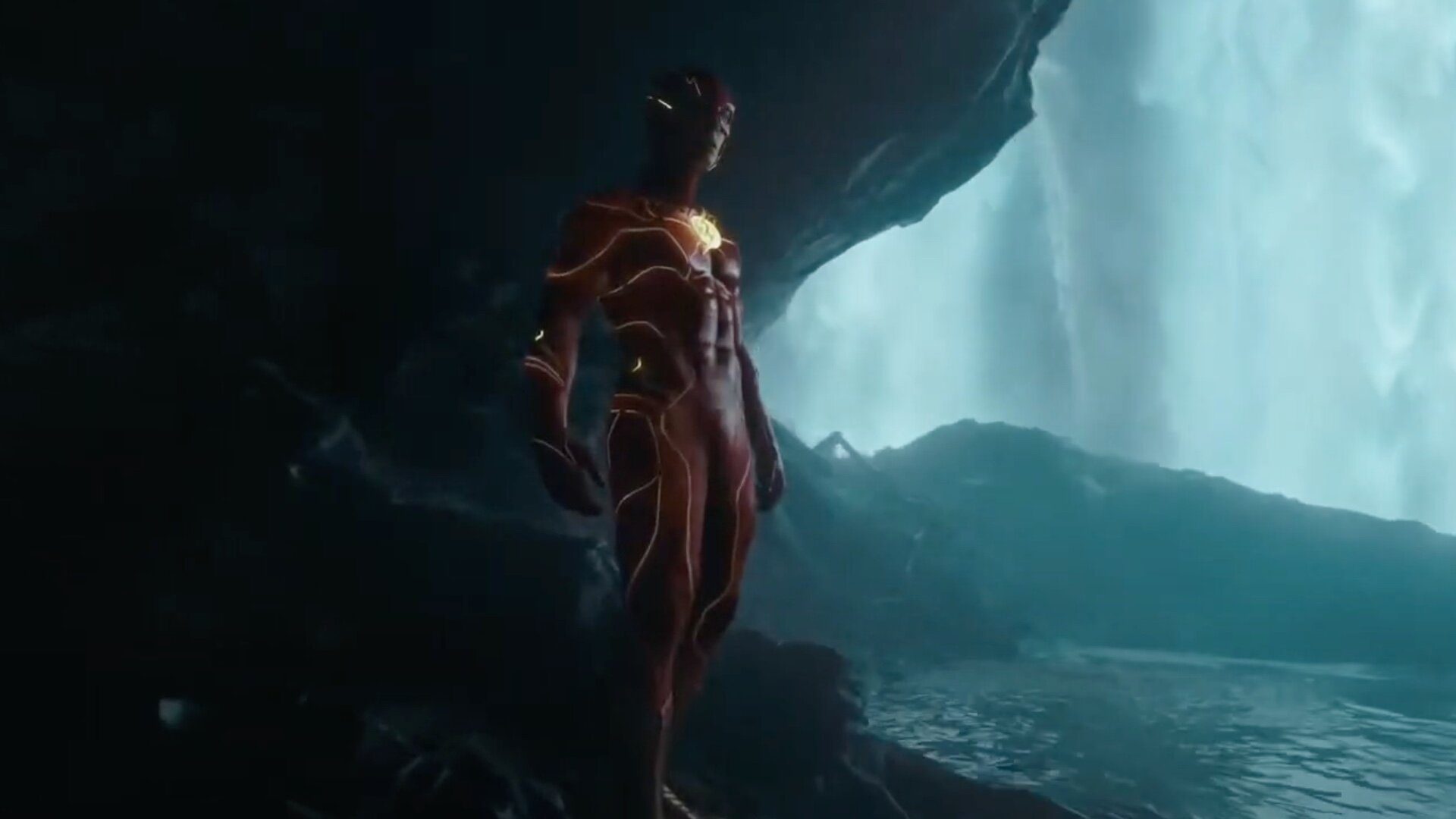 DC FanDome 2021 has offered up many interesting tidbits for DC fans. One of the more anticipated features was footage from the upcoming Flash movie starring Ezra Miller and Michael Keaton.

As production is still ongoing, there were no teasers or trailers per se; however, Ezra Miller did give us a “sneak peek,” which included footage of his Flash characters, Sasha Calle’s Supergirl, and a bit of nostalgia bait for fans, with Michael Keaton’s Batman from the classic 1989 movie.

The sneak peek features voice-over from Keaton’s Batman, describing Flash’s ability to travel across timelines and universes, culminating in a final shot featuring Keaton’s Batman in the original 1989 bat cave, waterfall and all.

A quick post-Batman reveal shows Flash removing a cover from what appears to be the ’89 Batmobile. Unfortunately, the sneak peek ends before it can be seen, leaving audiences wanting for the next teaser.

Fair to say the hype is sufficient for this one.

The sneak peek can be seen below.