The Last of Us: Part II – Woke or Birds of Prey Marketing Team? 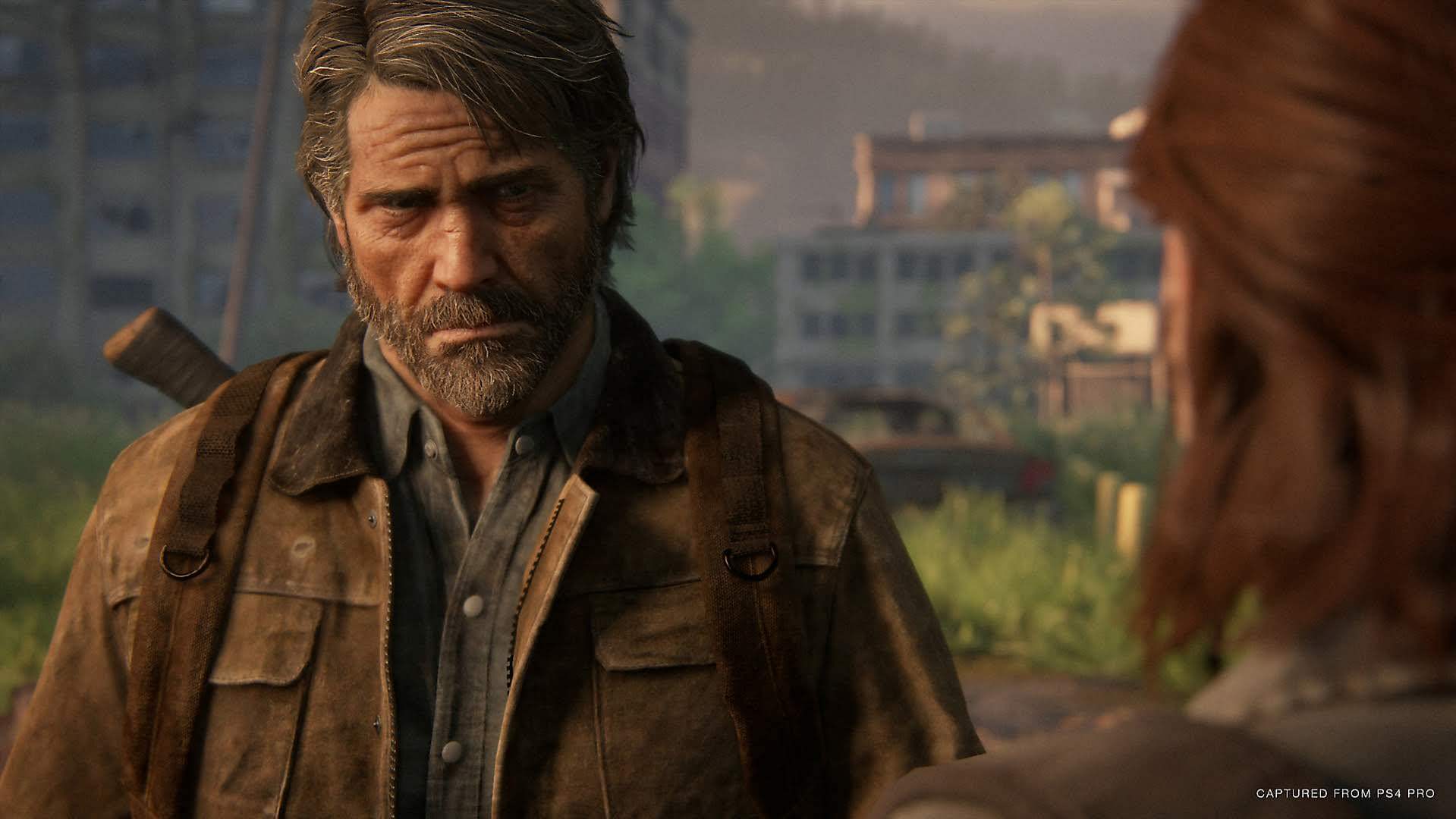 2013 was a monumental year for the video game industry. It not only ended with the beginning of a new (the current) console cycle but also resulted in some of the best games released for the Xbox 360/Playstation 3 generation of hardware. Bioshock Infinite, Tomb Raider, Grand Theft Auto V, Super Mario 3D World, Pokemon X and Y, and more were all major sellers and critically acclaimed. One of the gems that came out of this release year was The Last of Us by renowned developer Naughty Dog. The Santa Monica, California-based development team was no stranger to success, nor to quality. In fact, one might look to Naughty Dog as being one of few teams concomitant with the concept of these, as they had churned out the fantastic Uncharted trilogy (at the time), and the Crash Bandicoot games as well. The Last of Us was the first new IP out of the team in some time and was immediately met with praise by both players and critics. From a technical and visual level, the game was as impressive as they came for that console generation, and while the gameplay didn’t do anything groundbreaking, what it did, it did well. The game’s real claim to fame, however, was its story; The Last of Us was and remains a narrative masterpiece with some of the best emotional storytelling seen to date in video games.

With the sequel now just a couple of short months away, there is quite a bit of buzz on the interwebs surrounding the game’s story direction. Several leaks on 4chan (first reported by Bounding Into Comics) and now confirmed with a full plot leak by a disgruntled member of the Naughty Dog dev team have already begun to divide the franchise’s fanbase, and rightfully so. Many gamers are worried that the sequel is “going woke.” While this may or may not be true, there is, at minimum, a substantial reason for pause for me as a massive fan of the first entry. I’ll preface this by saying that I was already indifferent towards the idea of making a sequel to the first game right from jump street. The Last of Us was, for all intents and purposes, narratively flawless. I neither needed nor wanted a follow-up, and actually preferred the ambiguity with which the original game left players. I appreciated the conclusion to the story that was told and liked being left with the wonder of what might happen next, but I didn’t want to be told what exactly that was. So, with that foundation set, let’s tackle the actual reason that I’m no longer merely indifferent to this sequel, but will now simply forgo giving it my money altogether as things currently stand.

It’s ironic that, in the current year, so many depictions of religious groups – nine times out of ten those being some “variation” of Christianity – show them as some hateful and blood-lusting cult out to cleanse the world violently in some form or fashion. I’m not sure how much attention is paid to the real world by storytellers who are out to drive a message down their consumer’s throats, but this isn’t a thing. And so continually making it one by presenting them as the main villains for the story is not only narratively lazy (that’s what happens when you do something ad nauseam), but it’s also bound to drive away potential consumers who are sick of being depicted in such a way, especially during a time when some people are complaining about how divided we are as people. The story for the first game is gripping and heartwrenching right from the outset. And the journey that I took as Joel, who was charged with protecting Ellie and helping to forge her into someone who could eventually defend herself and others (as evidenced during the chapter in which she rescues Joel in an absolutely badass display) was emotional and relatable. Joel was a character you could empathize with because of where we see him come from and the arc that we take with him, and his eventual father-daughter relationship that develops with Ellie throughout the game is rewarding from start to finish. It’s now been revealed that early on in The Last of Us: Part II, Joel is killed, and not in a hero’s death fashion either – he gets his skull smashed in with a golf club by a character who, as it turns out, you play the latter half of the game as. Interest verifiably lost. Even Joel’s voice actor, Troy Baker, said that this game is going to be incredibly divisive. 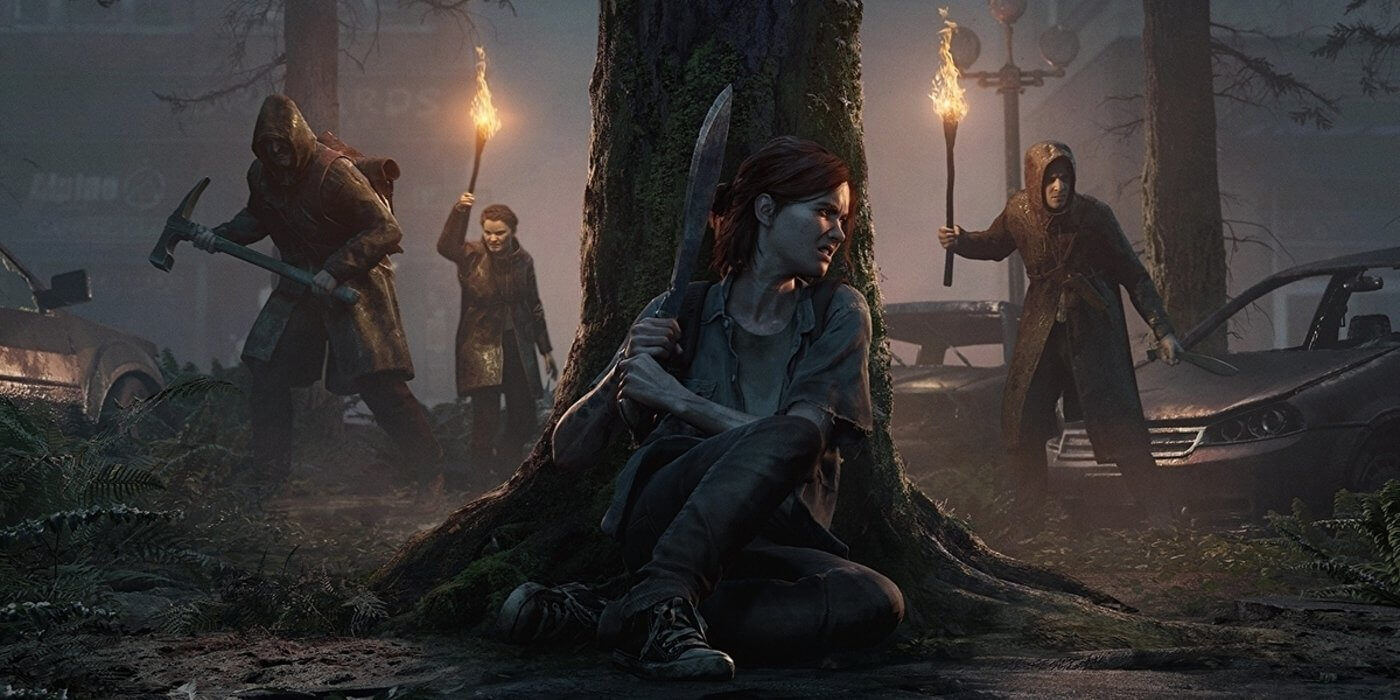 Now, let’s talk about what isn’t the reason for the vast majority of people who are livid with what’s come to light about the game: Ellie’s sexuality. In the first game, Ellie’s sexuality was never brought to bear or given attention, as it was entirely unnecessary for the story that was being told. The game’s sole bit of DLC, Left Behind, revealed this, and nobody really cared. The DLC itself was actually pretty underwhelming for me when put next to the quality of the main game, but that’s neither here nor there. The point is that Ellie’s character has been established as a gal into gals for a while now. So far, a lot of the marketing for The Last of Us: Part II has placed heavy emphasis on this facet of her life; this is the issue that I and others have. I don’t care that Ellie has a girlfriend, so much as I’m annoyed that Naughty Dog is using that as their primary selling tool like a significant feature on a car sticker. In reality, Ellie is out to protect those she cares about; that’s all I need to know to give a damn about a character because I can relate to and empathize with that underlying human motivation. Ellie’s sexual preference doesn’t innately make the game woke, and to say otherwise would be patently insane. Furthermore, it would suggest that we’re calling everything “woke” as a knee-jerk reaction. Doing so would run the risk of being no different than the social justice warrior nutcases calling everything “racist, sexist, etc.” and that doesn’t give us much in the way of credibility when we have legitimate gripes (numerous as they are).

So will The Last of Us: Part II end up being woke, and face the inevitable backlash that has proven to be the result of doing so? Or are the leaks, as broad in scope as they are, only snapshots of the game’s story, and we’ll still end up with the same quality storytelling and solid gameplay that has become synonymous with the Naughty Dog development team? Ultimately, we’ll have to play it to find out and be 100% certain. But, seeing as I was already not entirely hyped for the game, combined with the recent leaks, I’m going to use that gaming time to play something that I already know isn’t going to insult me or ruin characters that I’ve grown attached to in a The Last Jedi fashion. The game is currently set for a June 19th release date. 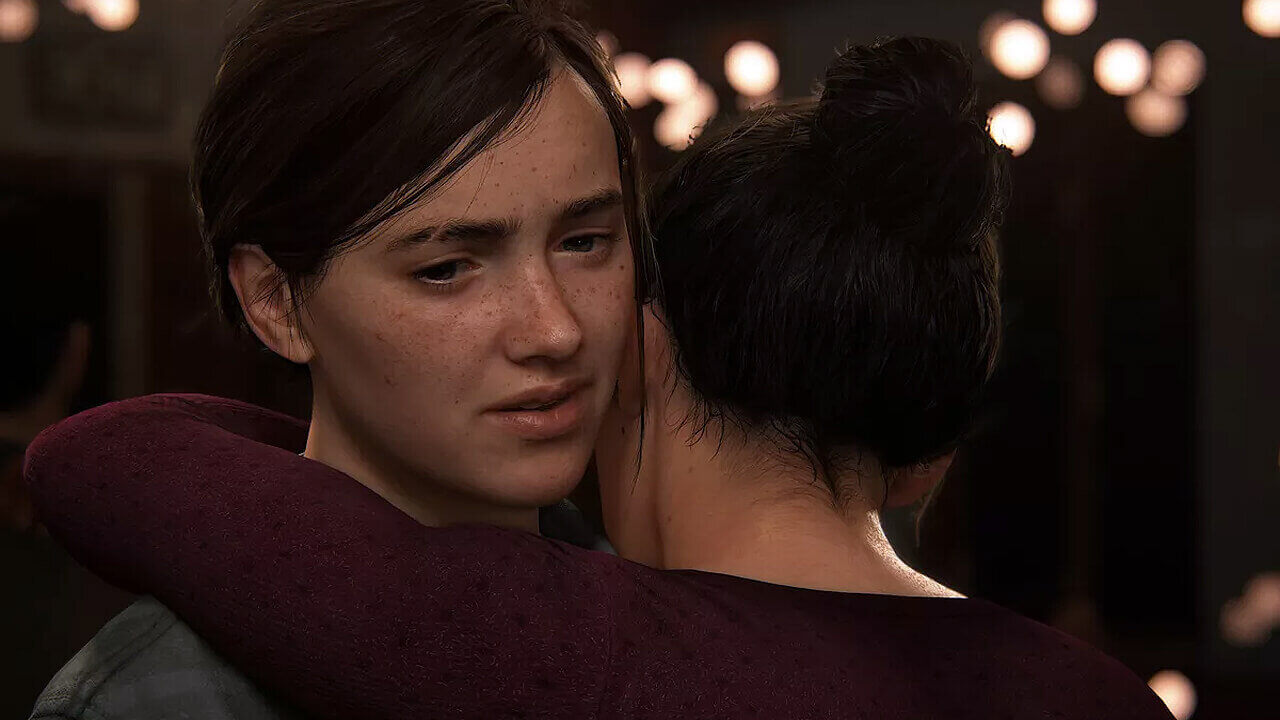 What are your thoughts on the leaks that were revealed for The Last of Us: Part II? Do they paint your view and level of enthusiasm for the sequel with a different lens, and, if so, are you still planning to buy the game? Let us know in the comments down below and stay tuned to Geeks + Gamers for more gaming news!

The entertainment industry has literally lost its mind.

In my option, the words “cultist” and “Christian” are mutually exclusive, because a “Christian” depicts behavior not applicable to a cultist — else they are no longer “Christian”. Thus the inherently flawed term “Christian cultist” is itself mildly offensive, but of course not enough to prevent me from watching a movie or playing a game.

My first sign something was wrong with “The Last of Us” sequel was in the gratuitous “Clip her wings” scene from an official trailer released a couple years ago.

Then the following year, when Neil Druckmann conceded to Stephen Totilo (kotaku.com) that his goal with “The Last of Us Pt 2” wasn’t to create a “FUN” game, but rather to manipulate emotions to facilitate bending minds toward his personal ideology (my conclusion based on Druckmann’s quoted statements in the interview), that’s when I knew for certain I wasn’t buying the game.

Later, I learned Druckmann’s ideology was likely influenced by Anita Sarkeesian, which explained a lot of things I was seeing and hearing about the game.

So, in short, the plot leaks made no difference to my decision to NOT buy “The Last of Us Pt. 2” (although watching and reading reactions to them have been very entertaining). I have plenty other games — games designed to be FUN.

There is no problem with having equality, it’s when they play identity politics with things we love that it becomes an issue.

The story might be bad, but not as gratingly bad as the leaks and the marketing makes it seem. In that way, we might have a situation akin to Terminator: Dark Fate or Birds of Prey on our hands: A disposable work of entertainment that makes you cringe at some of the incompetent parts but can be enjoyed in other parts. Unfortunately, some of the reviews make it seem that it’s worse: That it’s a terrible story and uninspired level design executed with beautiful world design and graphics.

and thats comment i want to read not ”don’t play this game because its sh*t”.

Hey everybody! First time i am making a comment! ;)

I was in youtube when this video was bombing, i was searching for some things about the Last of Us part 2 and then… my eyes started to burn! I think the video will be removed very fast but it’s a scene where the golfmaster Abby is having sex with a guy named Owen. It’s just pure horror… Once i have seen it i will never sleep again!

If you are brave… check that…

I’m cringing at this game.

pls check this video it might open your eyes pls check it https://www.youtube.com/watch?v=EnwDIfJAjYc&list=WL

People. Don’t listen to those who try to command you which games you should play or not! For me The Last of Us part 2 is GREAT game. I don’t care about fabula of game I care about visual aspects. In terms of those TLoU P2 isn’t that far away from Millenium Zero Dawn which I assume was also mixed with mud here…