Not many substantial changes were shown, but what differences were shown have me disinterested at best 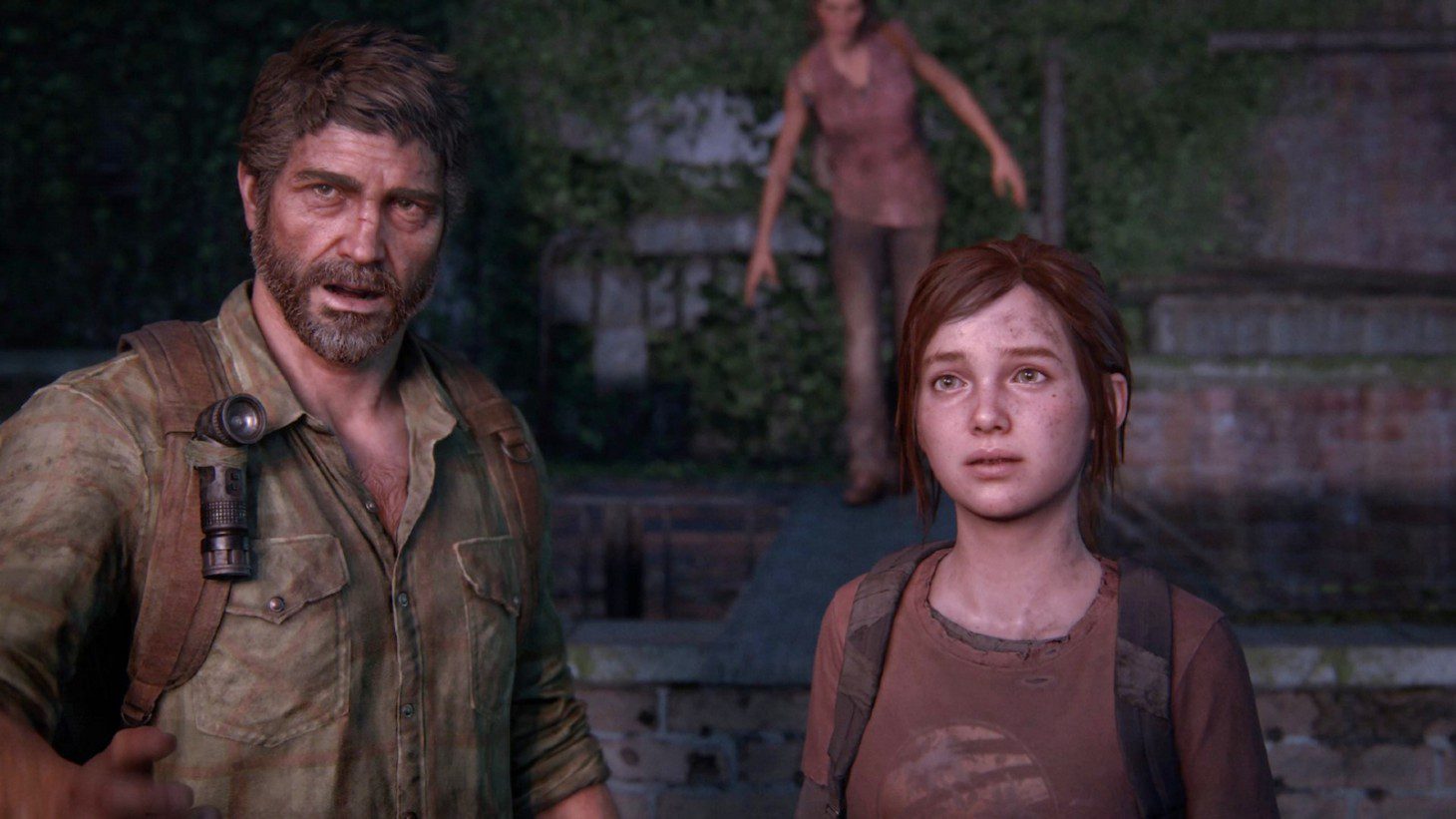 While the Last of Us remake was known to be coming from leaks prior, it was officially announced and shown at Summer Game Fest the other day. Neil Druckmann said the remake will be from the ground up. However, he contradicted this when admitting they’re keeping the same voiceovers from the original. This might have been a slip of the tongue in a friendly assurance to actors Troy Baker and Ashley Johnson, who were on stage with him. I don’t know, but the trailer they showed didn’t feature any mechanical or story differences. The only changes were visual, and they didn’t impress me. I’m sure the animation and lighting tech is improved in this PS5 remake. Still, the characters strike me as looking inferior to the original in an artistic sense. Here’s the trailer for the remake showing identical scenarios from the original:

I know it’s very slight, but take the comparison shot of Ellie. In the original Last of Us remaster, Ellie’s eyes are larger, and she looks younger. While the facial details are more nuanced in the remake, the clothing is substantially more detailed in the original. Ellie’s eyes are diminished a bit, and she looks gruffer and more realistic in the remake. Here’s the side-by-side comparison of Ellie: 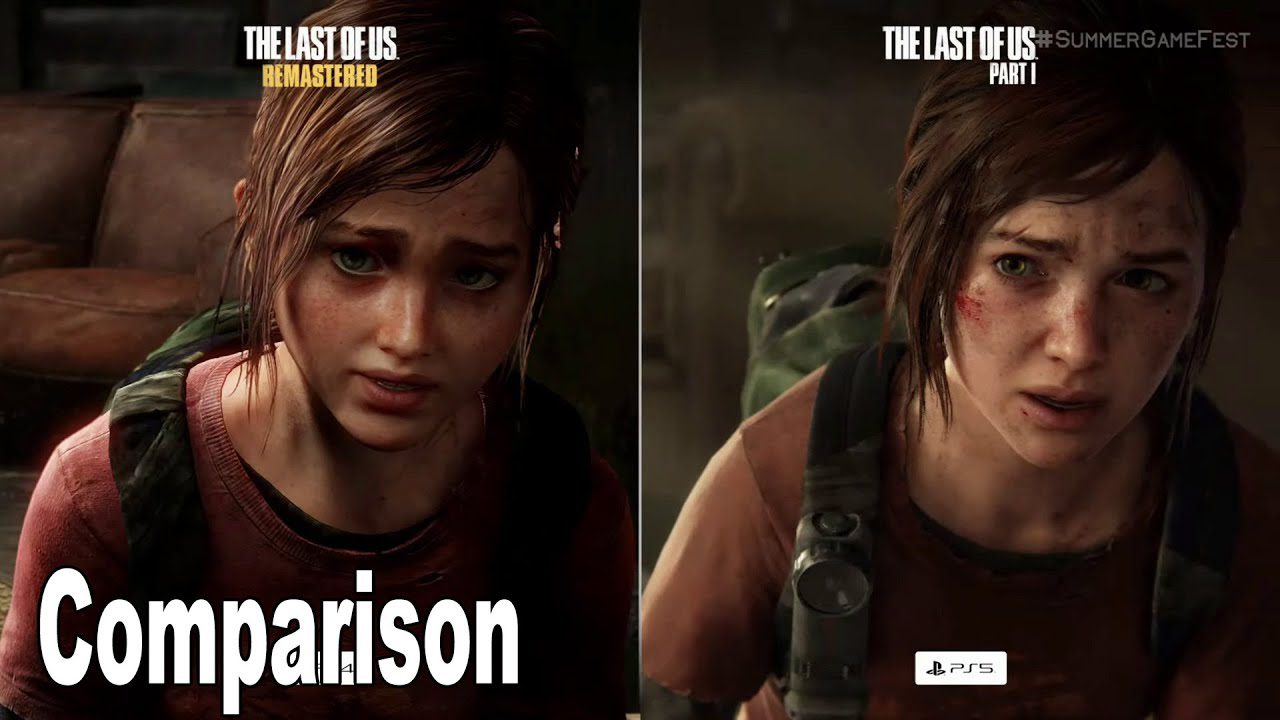 I get it, but I personally prefer the previous Ellie look, which was more stylized and video-gamey. And here’s the side-by-side of Joel. Notice how Joel’s bags around the eyes are more prominent, giving him an older and weaker complexion. Joel’s frame and height look smaller in the remake, and his posture isn’t as heroic or strong as in the remaster. In other words, Joel looks more pathetic and less heroic in the remake. Also, Ellie and Joel’s clothing in the remaster is more detailed than in the remake. Just saying! 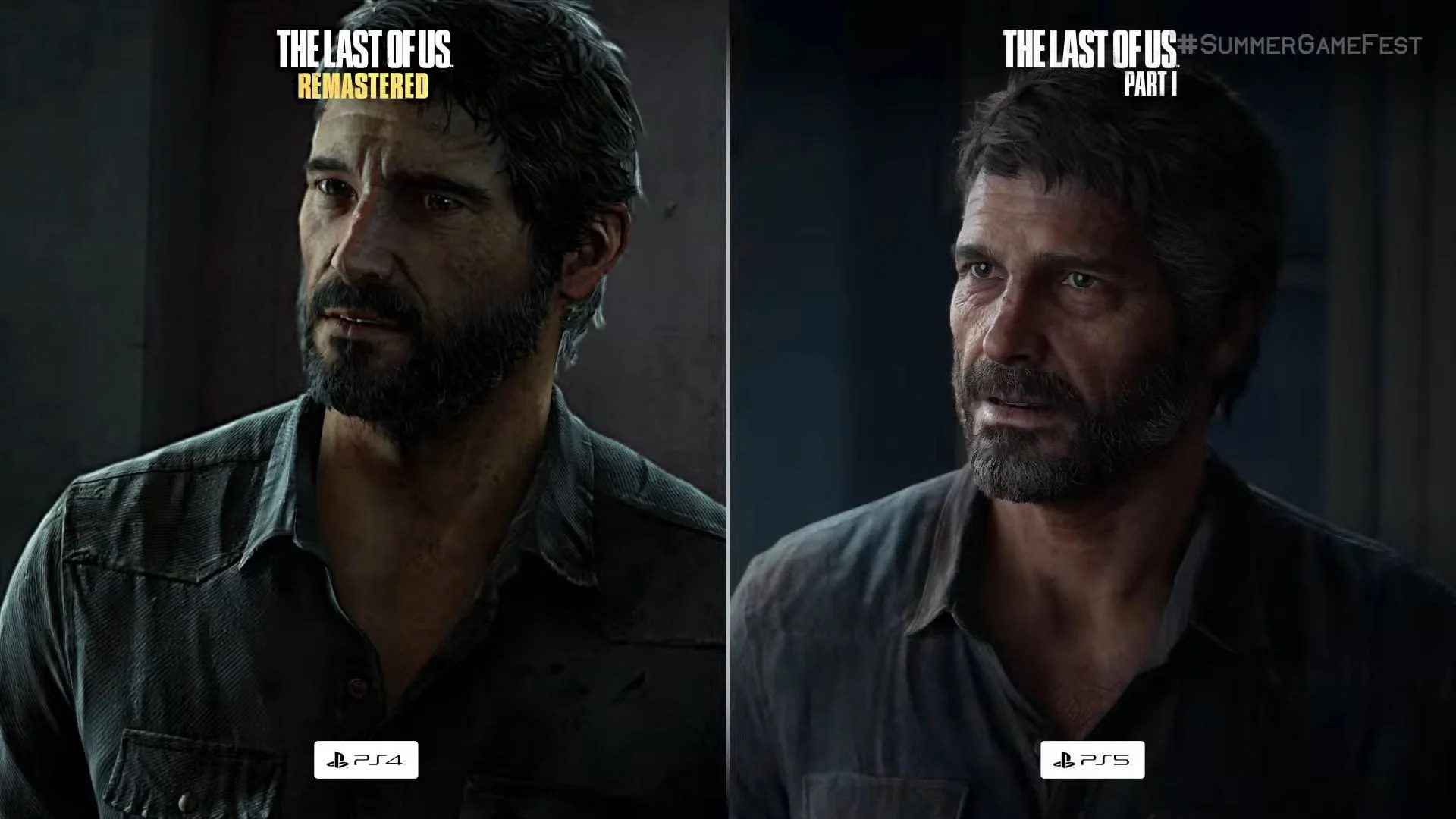 Subjective preferences aside, this is a conscious design decision on Naughty Dog’s part to simultaneously enhance the realistic presentation in the game and diminish any exaggerated feminine qualities they can. I say it’s a conscious decision because Naughty Dog has outright admitted it makes conscious decisions in light of feminism and progressive values. Naughty Dog is among the most politically correct, progressive game studios around, so it’s not out of the question for many changes to the remake to be for progressive ideals and not completely in good faith. Druckmann’s statement to Rolling Stone about learning from Feminist Frequency really says it all about how these ideas affect his games:

You’ve said in the past that you’ve been influenced by Anita Sarkeesian’s Feminist Frequency videos and the larger conversation about diversity and representation in games. How did that affect Uncharted 4?

Druckmann: When I’m introducing and describing a new character to our lead character concept artist, constantly she will ask, “What if it was a girl?” And I’m like, Oh, I didn’t think about that. Let me think, does that affect or change anything? No? Cool, that’s different. Yeah, let’s do it.

Initially, in the epilogue, it was Nate’s son. Something similar happened with the mansion they go into. That was an old English guy’s house. She asked, Well, what if it was a woman?

You have some sexist focus testers who were really upset by Nadine beating up Nate, and really upset at the end when it was Nate’s daughter. To the point where we had to ask one guy to leave. In his core, it just affected him. He was cursing, “Not you, too, Naughty Dog! Goddammit. I guess I’m done with Uncharted, if you guys ever make another one, with his daughter. This fucking bullshit.”

And I was like, Wow, why does that matter?

Again, we can mock these differences as being so slight and minimal as to be a nothing burger. I get that. But when these are the only changes shown in the remake’s reveal, that’s the only thing to discuss. I guess we’ll see if it’s the good kind of remake that enhances the original where it matters and brings out its best qualities, or if it’ll crap on the characters players loved when it releases on September 2nd of this year.