Home  /  Entertainment  /  Television  /  The Leader Was Almost in She-Hulk

The Leader Was Almost in She-Hulk 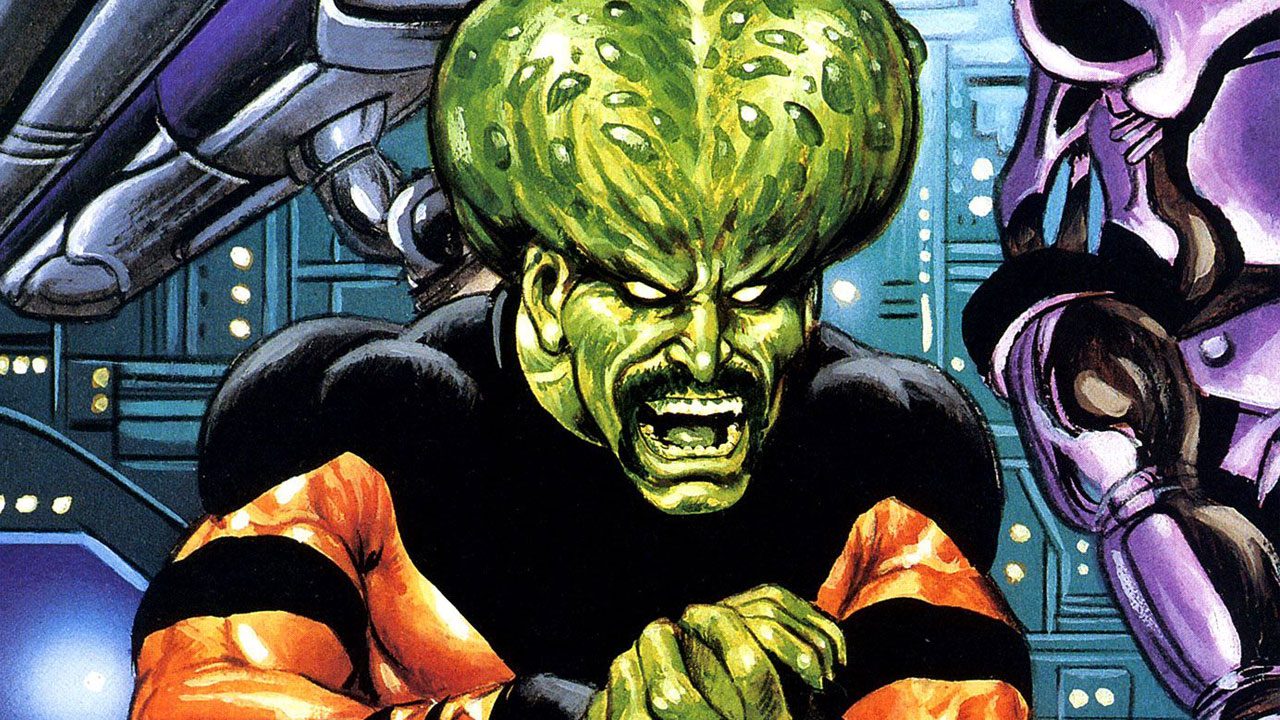 She-Hulk almost ruined another Marvel character. In an interview with ComicBook.com, She-Hulk head writer Jessica Gao revealed that Hulk villain The Leader was nearly the show’s antagonist, but for a reason she doesn’t remember – possibly because her mind was on more important things, like whether or not a sentient camera was wearing a hat – the idea was scrapped.

“In my original pitch, I did have The Leader in there… Just as an option, as a suggestion, you know? But really, I can’t remember why [it was scrapped]. I don’t remember if it was organically taken out, because we just came up with other stuff, or if we were told no. I honestly don’t remember. But there was thought about either bringing him back or doing some version of a new version of Leader, or some relation to him. But, I mean truly, this was three years ago, and the show has evolved so much that I don’t remember what actually happened.”

So, either Marvel wanted to save him in Captain America: New World Order or Jessica Gao decided that Marvel fans would make better villains than The Leader. On the one hand, it’s probably better that The Leader didn’t show up in She-Hulk because he would have inevitably been humiliated and used as a joke that wasn’t funny. They had Abomination and turned him into the “Lesbian Seagull” guy from the Beavis and Butt-head movie, so God knows what they’d have done with another established villain played by a terrific actor. But I guess Tim Blake Nelson will at least be wasted on the big screen instead of a Disney+ show, so he’s got that going for him… which is nice.

Speaking of his long-awaited reappearance, New World Order director Julius Onah talked to IGN a while back about why The Leader is going to be Sam Wilson’s nemesis in the film.

“Actions have consequences, and that’s what’s so great about what the MCU has been able to build… In this universe, in this world, things that people do come back in ways that are surprising and unexpected, and Tim Blake Nelson coming back as The Leader is such an exciting thing to explore because his story now is going to challenge Sam Wilson, our new Captain America, in a way that he never expected. So it’s really, really thrilling. And I think a lot of things that got set up and established years ago will allow the MCU to actually go in new directions that audiences are going to really, really be excited about.”

That’s pretty vague – apparently, the villain of the movie is going to challenge the hero of the movie – and I think the reason is that The Leader was probably shoved in there to draw in fans who are starting to check out of Marvel now that they’ve seen what Phase 4 and, likely, beyond has to offer. The Leader finally shows up, Captain America (maybe) returns, Harrison Ford is here, Hugh Jackman is back as Wolverine, and he’s taking on Deadpool, and I’m sure someone is knocking on Robert Downey Jr.’s door with the number of a Swiss bank account in his pocket. It’s a shame that, though some of these things are finally coming about, it’s for the wrong reasons, and, as a result, the execution will likely leave much to be desired.

And that’s not even mentioning how they’re screwing over the Hulk yet again. They took “Planet Hulk” from him (twice), they took revenge on Thanos from him, they took being the slightest bit cool from him (does a single person even like Smart Hulk, let alone prefer him to Savage Hulk?), and now they’re taking one of his arch-enemies from him. The Leader works as a Hulk villain because he’s the antithesis of the Hulk, a man whose gamma-irradiated brain contrasts with Hulk’s gamma-irradiated brawn. (Although, with Smart Hulk now the status quo, I guess that’s out the window, too; thanks, MCU!) How does he complement Sam Wilson? I mean, I’m sure it’ll be a race thing because that’s what they’ve reduced Sam to now, but otherwise, he’ll just be some random bad guy to throw into Marvel’s next movie, and that’s a shame.

Are you glad The Leader didn’t make it into She-Hulk? Do you think he’ll be a worthwhile villain in New World Order? Did Tim Blake Nelson remove Kevin Feige from his contact list long before getting the call for Phase 5? Let us know in the comments, and stick around Geeks + Gamers for more misplaced Marvel villains!