When Santa Monica announced they would be moving Kratos in a new direction, I don’t think I spoke with a single person who wasn’t excited. After spending three games in Greece with the Olympians and the Ghost of Sparta, it’s time for something new. Norse mythology has been in the limelight lately thanks to shows like Vikings, and Santa Monica capitalized on that when they announced God of War at E3 in 2016. Being an enormous fan, I couldn’t wait to see who would be included in Kratos’ new journey. While God of War is said to be “loosely” based on old Norse lore, I have to say, so far I am extremely impressed with the obvious amount of research that went into this new title. Full disclosure: I haven’t beaten God of War yet; because of this, and in the interest of not revealing too much of the story, I won’t be able to cover every appearance or scrap of lore. Instead, I’ve selected a handful of characters that most will find familiar even if they aren’t specialists in this area, and a few lesser-known names hidden a little deeper in the mythos. 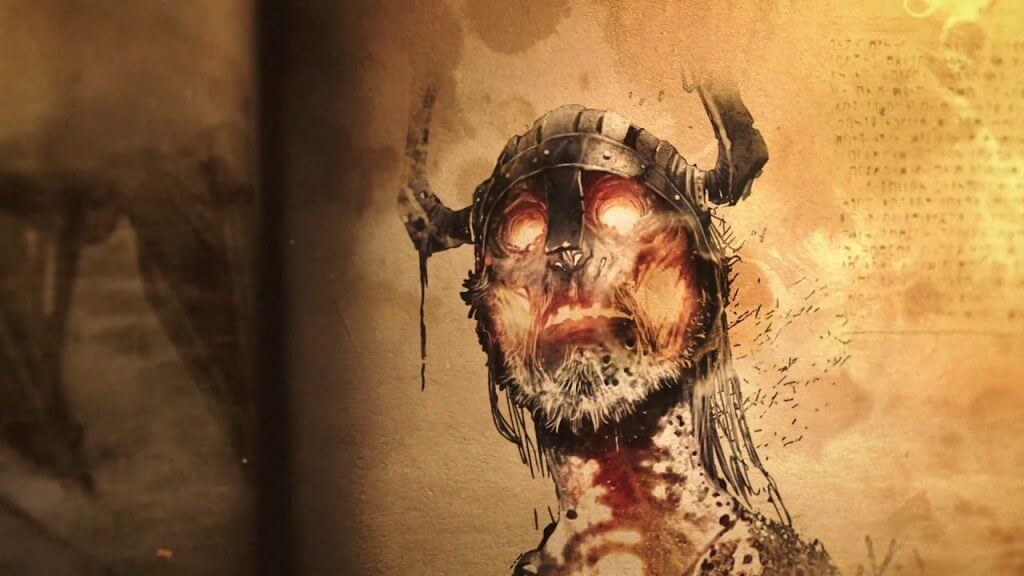 Some of the first enemies we meet on our journey with Kratos are Draugr. Draugr are a less common monster in the Viking bedtime stories, but like most creatures of this world, exceptionally deadly. Drawing from various sagas, there are multiple interpretations of what Draugr are, but most people seemed to agree that they are a form of living-dead, in particular reanimated dead who are too angry or jealous to leave the world behind. They sleep in their graves, often guarding treasure that was buried with them, or have been known to search out those who had wronged them in life. There was often a distinction between land and sea Draugr, presumably indicating where the person had perished, and these zombie-like monsters were said to have a varied set of abilities. In the game we see fire-based Draugr, which isn’t an overly large stretch from the origin, and the lore used in-game is also extremely close, claiming Draugr to be fallen warriors who refused the call of the Valkyrie in favor of seeking revenge. So chalk one up for Santa Monica’s research team! 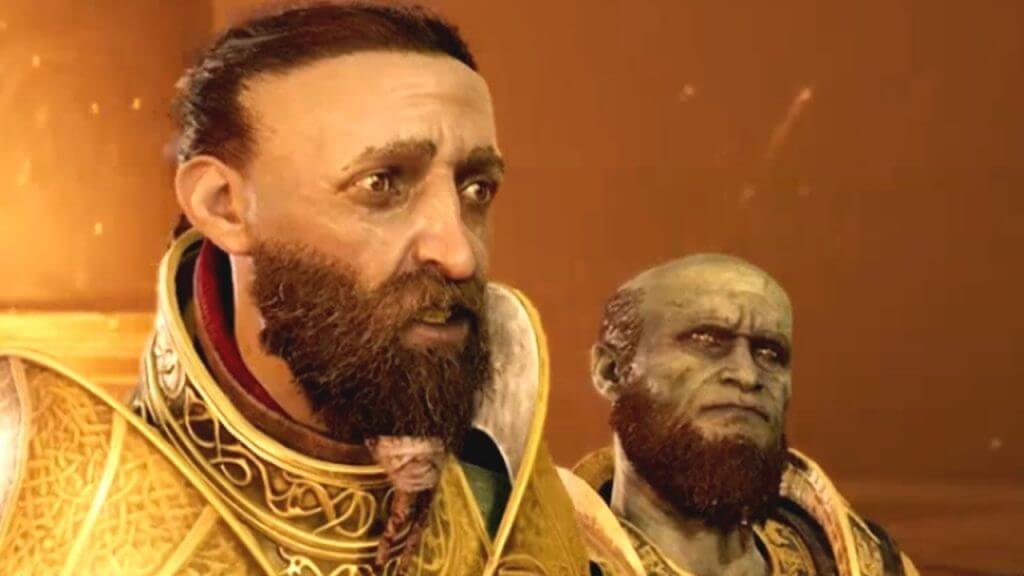 Next, we visit with arguably the most helpful characters in God of War, Brok and Sindri, or Brokkr and Eitri as they are more commonly known in the mythology. The changing of Eitri to Sindri is actually commonplace in the tales, as the dwarf will answer to either. Shortening Brokkr to Brok is simply a style choice; Brokk is now the anglicized version of the original Norse. In the game, these brothers are responsible for crafting Kratos’ Leviathan Axe, and each boasts the best smithing prowess around. Unlike in the mythology, where they work closely as a team, they are divided when we meet them. Due to some disagreement, they have chosen to go their separate ways and work their craft alone. This split was likely introduced as a mechanic to deliver some comedy into the story, and provide us with a nice spread of shops to choose from. While the specific relationship between Brok and Sindri isn’t exactly straight out of the tales, it adds a fun twist and again we can tell the team did their homework. I’ll let it slide.

One of my favorite little tidbits they used in God of War is the ability to find Idunn Apples; everytime you find three of these apples your overall health gets a boost. Each apple is hidden within a chest which you must solve a puzzle to open (some of these were a HUGE pain in the butt), and there are a total of eleven that you can collect. In the Prose Edda (a work of literature from the 13th century compiling many of the stories of Norse mythology), Idunn is a goddess known for being the keeper of apples which grant eternal youth. The gods must eat these apples or grow old and eventually die; an apple a day keeps looming death away! I like that this was something the Santa Monica team decided to put in the story and use it for it’s literal purpose, as this is another piece of lore that isn’t exceedingly well known. 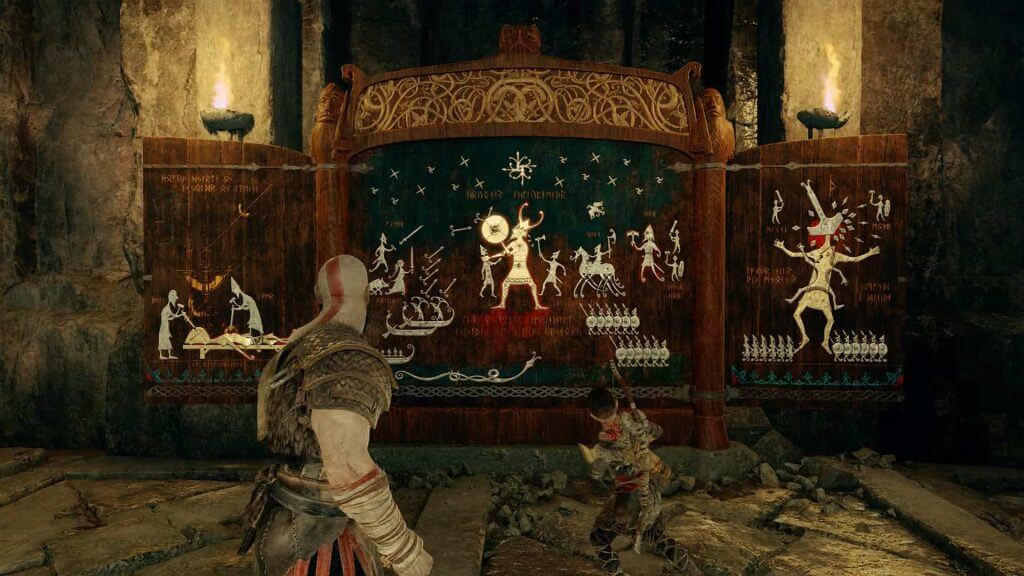 Speaking of the Prose Edda, throughout the game you find many shrines that depict bits of stories found in the old work of Norse literature. They don’t go into a terribly large amount of detail at these shrines, but the gist of the tale is there, and I highly recommend anyone interested to look into the full stories. Take Hrungnir the Jotunn for example; the original story includes Odin challenging Hrungnir to a race, betting that his horse Sleipnir (one of Loki’s children) is faster than Hrungnir’s horse Gullfaxi. Odin wins, and during some festive post-race drinking, Hrungnir turns belligerent and the gods ask Thor to get rid of him. As said in the game, Thor does win, smashing Hrungnir’s head with his hammer, and the giant’s lifeless body falls on him. No matter how hard they try, none of the gods can free Thor, until his infant son, Magni, a half-giant, comes by and easily lifts the Jotunn off of his father, chastising him for his weakness. Many of the Norse myths follow this pattern, where even the winner has to face some consequence of his actions; no one gets away scot-free. 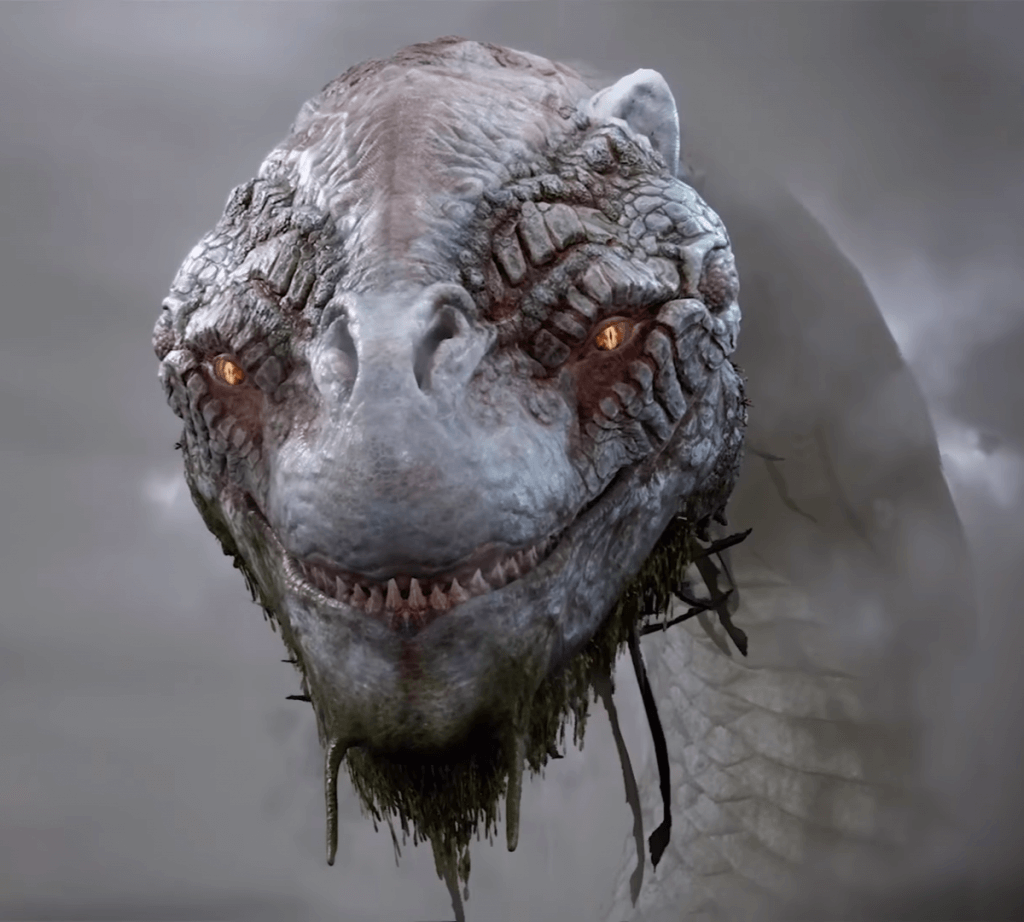 Someone we see fairly early on in our journey is Jormungandr. In the game, he appears and helps Kratos, and this theme seems to carry later on as well. One thing I adore that God of War mentions is Jormungandr’s hate for Odin. In the mythos, Loki has three children with the giantess Angrboda: Fenrir, Hel, and Jormungandr. Odin, fearing the strength of these offspring, sentences them to various fates so that he might control them. Jormungandr, growing ever larger, Odin tosses into the sea. Eventually, Jormungandr (who is a giant snake, by the way) grows so big he is able to wrap himself around Midgard and bite his own tail, earning him the title Midgard, or World, Serpent. The day Jormungandr lets go of his tail is the day Ragnarok is said to begin. Now, in the game, we clearly see Jormungandr’s mouth sans tail. I’m not sure yet whether this is an oversight or foreshadowing, but my money is on the latter. Aside from the tail thing, all the lore they provide around the World Serpent in the game is spot on. Now, technically, Thor is Jormungandr’s rival, and they face each other in Ragnarok, but I love that they point out his hate for Odin specifically. I mean, wouldn’t you hate the man who sent you to live alone in the middle of the ocean? 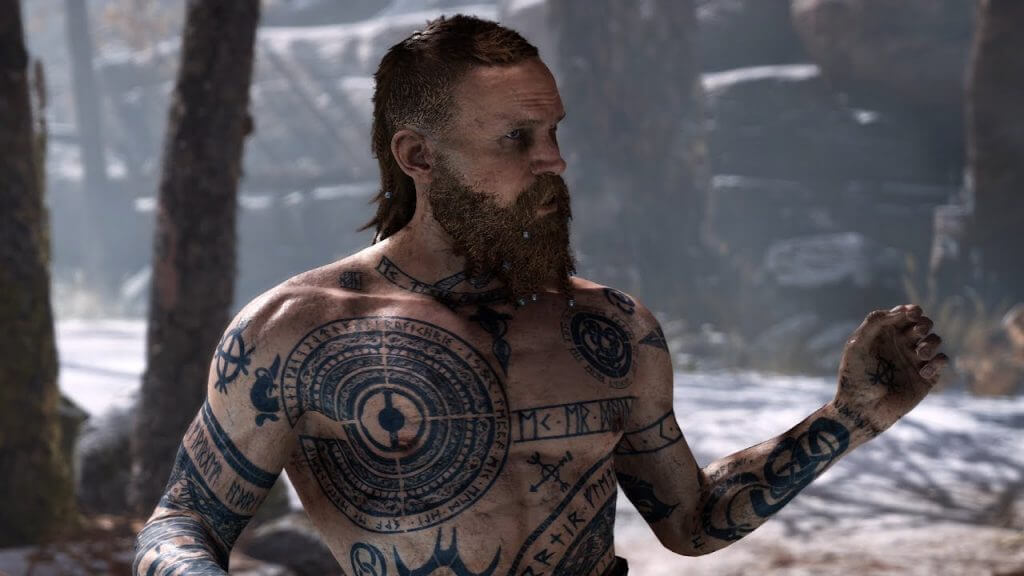 Through what we’ve covered so far, Santa Monica has done an excellent job in keeping with the source material, so now it’s time for a complaint… sort of. Baldr is a recurring character in Kratos’ new story, and he’s not a good guy. In the mythology, Baldr is the god of light, joy, and purity. He is beloved by all others, so much so that every object on all the nine realms vows never to harm him — every object except mistletoe (supposedly because it was considered too unimportant to be threatening, poor mistletoe). In the end, this proves to be his undoing, as Baldr’s brother is tricked by Loki into killing him. The gods had taken to hurling things at Baldr and watching them bounce off, you know, for funsies; Loki, being the god of mischief, fashioned a spear (or arrow in some tellings) out of mistletoe and gave it to Hodr, Baldr’s blind brother, to throw at him. Hodr, being unable to see the danger of the object he held, took aim at his brother and fell him, and was subsequently killed for his inadvertent act of fratricide. There is more to the story, including a wife throwing herself onto her husband’s funeral pyre and desperate acts from the gods to try and bring Baldr back, but this is the long and short of it. Now let’s have a look at the character we see in God of War, with as few spoilers as possible. When we first see him, he is menacing from the jump, and soon his altercation with Kratos turns to violence, which he seems to relish. He comes off as a power hungry bully, and this is a theme that follows him, at least as far as I’ve seen. This simply is not the Baldr from myth. I bare no ill will towards Santa Monica; it seems they’ve taken a few liberties to create the narrative that fits their story, and as said before, this game is “loosely” based on the mythology. It just seems odd to me to pick a character and turn them into their polar opposite. Since I haven’t finished the game, I can’t judge too harshly, and am still looking forward to seeing the results of these changes; I assume an explanation is provided down the road.

As someone who adores Norse mythology, God of War has not disappointed me in the least. Just about every aspect of the game is dripping with proof that some serious time was spent on the research side of things. You can tell they took their time and wanted to get everything as close to the original as possible. With all things “loosely” based on some source material, there are going to be changes. The point of view might swing (as it seems to do here) and some little details may get lost in the shuffle, but in the end I feel Santa Monica really did their homework and was extremely selective in what they chose to change. Instead of some works where they just step all over their sources or blatantly disregard some details because it’s easier, everything in God of War feels intentional. In summation, play this game! If you are interested in Norse mythology and don’t want to see those wonderful stories misrepresented, this is the game for you. The team over at Santa Monica does a beautiful job at keeping the integrity of these old tales alive, and I can’t wait to see where they go from here. 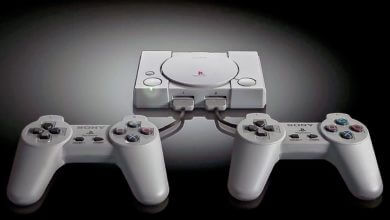 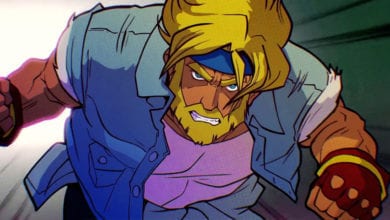 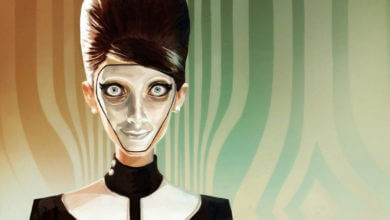 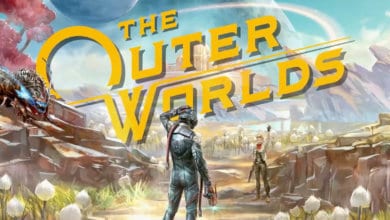