Home  /  Entertainment  /  Television  /  The Master of His Domain

The Master of His Domain 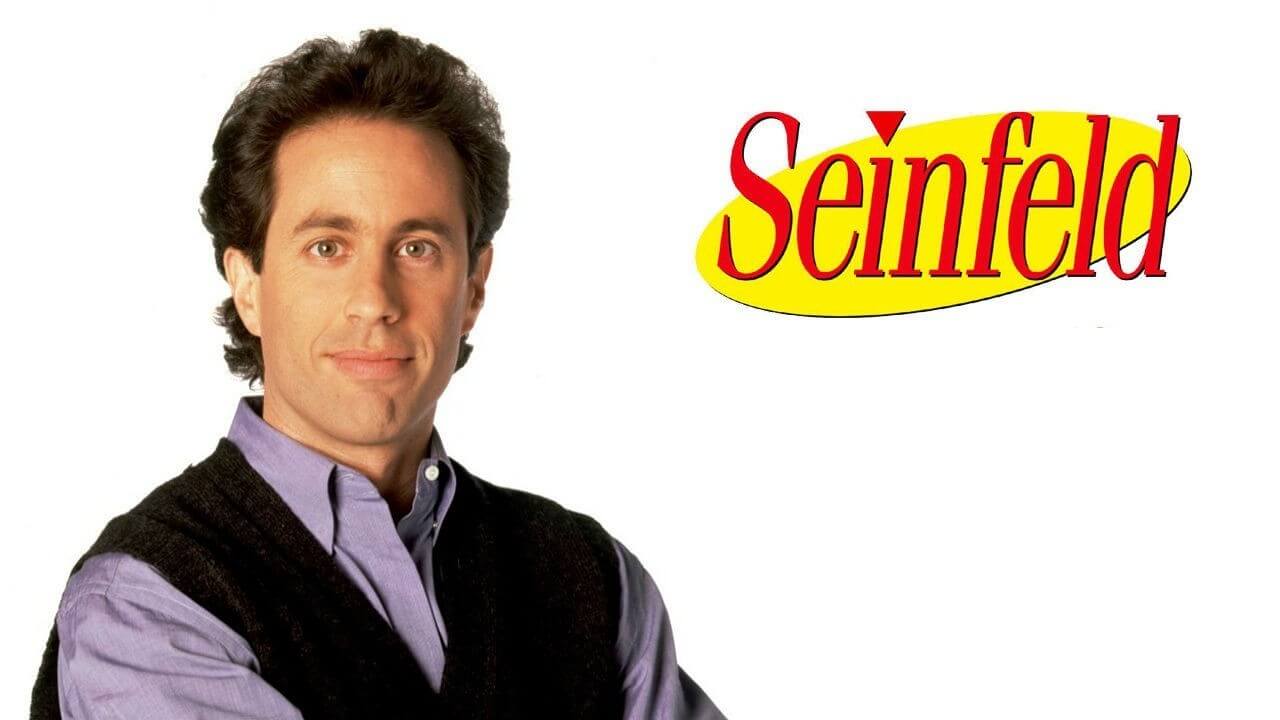 The straight man is the unsung hero of comedy, the guy who forgoes getting the best laughs in order to set up his co-stars for the show-stopping gags, elevating the scene or sketch while seeming to be background noise. This is true, at least, at the best of times; when performed improperly, the straight man can suck the life out of a joke or series of jokes and ruin what could have been a hilarious moment. Bud Abbott is probably the most famous straight man in history, and he was a genius of the art form, managing not only to set up Lou Costello’s wacky antics but to be funny in his own right without stepping over his legendary partner. In more recent times – particularly on television – the straight man has often been poorly executed, resulting in watered-down set pieces and ruined jokes. The very best example of the straight man, though, and someone who I think rivals Bud Abbott as the best of all time, is Jerry Seinfeld.

On the revolutionary sitcom that bore his name, Jerry Seinfeld, while very funny, was the voice of reason (more or less) in the quartet of oddballs at the center of the show. His humor was much different from that of silly Kramer, angry George or vindictive Elaine. Jerry allowed them to take the spotlight as they schemed, connived, ranted or just stumbled all over the place, getting the more traditional laughs while the ostensible star of the show simply observed, waiting until the act was over to make a sarcastic comment, if he even commented at all. Oftentimes, Jerry would just watch with a big smile on his face, delighting in his friends’ tomfoolery along with the audience. At all times, though, everything he did or didn’t do was in service of his co-stars, and the show as a whole.

For example, watch this scene from the season two episode “The Jacket”…

Once George starts trying to guess the price of the jacket, Jerry remains silent, almost fading into the background as George gets louder and crazier. Not once does he try to get “his share” of the laughs, instead recognizing that it is to George that the audience will react, that the best interests of the scene are served by his simply existing as a sounding board for Jason Alexander. In doing so, he’s giving his fellow actor exactly what he needs to construct a very funny bit. It’s a thankless job, and Jerry is rarely cited as anyone’s favorite character (cards on the table: he’s mine), but he was exactly what he needed to be and Seinfeld was stronger for it.

Another weapon in the good straight man’s arsenal is the sarcastic comment, something I’d venture Jerry Seinfeld did better than anyone. Once the others were finished with their outlandish moment, Jerry would complement their work by delivering the perfect one-liner.  Take this scene from “The Merv Griffin Show”…

While George talks about trampling pigeons and Kramer pretends to be Merv Griffin, Jerry sits back and lets them own the scene; in fact, when he begins to interject, he’s shushed by Kramer. Only when George finishes his story does Jerry shoot off a barb, adding to the overall effect instead of trying to steal anyone’s thunder. Furthermore, it’s not even the button on the scene, as when Jerry is finished Kramer continues his ridiculous act as host of a talk show that exists only within his own warped mind. Jerry never tries to take over, comfortable with being part of an ensemble instead of trying to hog the spotlight.

In contrast, take Friends (a show that I love, but it’s not without its flaws). In the early seasons, Ross was very much the straight man, anchoring the eccentricities of the other five characters. He was, however, a buzzkill, constantly moralizing and telling his friends to stop whatever they were doing and be “grownups” (Ross loved to cast himself as the only grownup in the room). All this did was make him a stick in the mud, ruining everyone’s fun when all we wanted to do was laugh at Chandler’s jokes or sing “Smelly Cat” with Phoebe. To their credit, the writers seemed to realize this mistake as the show went on and subverted the idea of Ross as the sane center, instead showing his arrogant chastising to be a mask for his own doofy foibles and general ineptitude in situations those upon whom he looked down could navigate with ease, and it made for a much more fun show.

Not so lucky was How I Met Your Mother, a series that never figured out its straight man, Ted Mosby, was a smug bore who was lucky the people around him didn’t mind being insulted and condescended to on a regular basis. In fact, the writers seemed determined to turn every other character into a proto-Ted in later seasons, ruining each one as the series progressed. While everyone else shined, Ted was a drag, and ultimately he took the rest of the cast down with him. (Ted is supposedly based on series co-creator Carter Bays; he must be a barrel of laughs at parties.)

One of the worst examples of the straight man, though, is a show that actually features two: Everybody Loves Raymond. Ray and his wife, Debra, would alternately – or, sometimes, concurrently – act as the straight men to the rest of the cast (when it was just the two of them, Debra was the straight man to Ray), but instead of letting Frank, Marie and Robert go off on their hilarious diatribes, they would pull a Ross and constantly try to silence them, becoming killjoys taking away the audience’s fun. Worse, Ray would often jump into someone else’s set piece with a joke of his own, but they never landed because, a) he was breaking the momentum by trying to capitalize on the success of a much funnier character, and b) he just wasn’t very good at it. He quickly became that person who just has to sing over the radio, as though everyone would prefer to hear them than someone with talent. 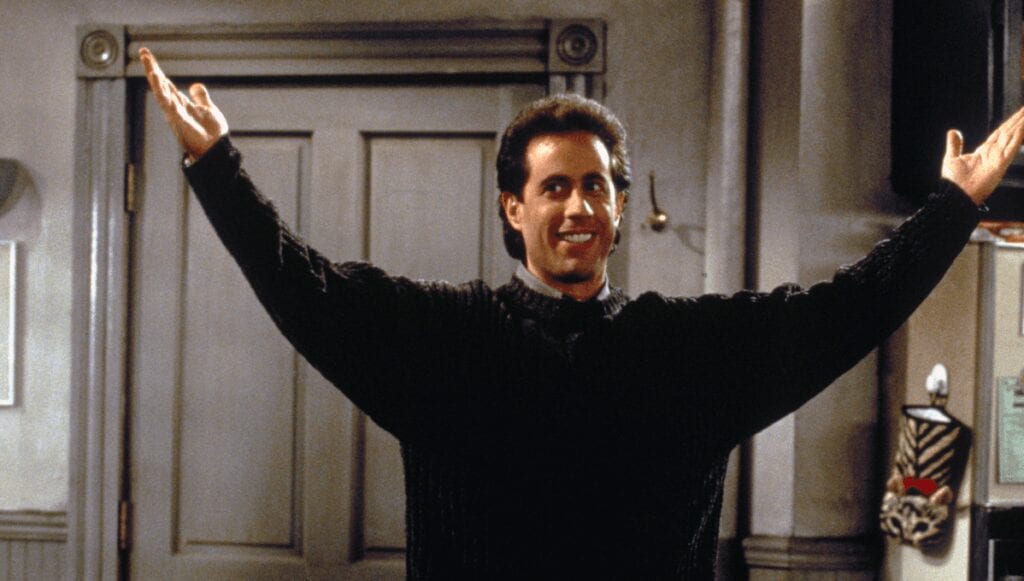 All of them could have taken a lesson from Jerry Seinfeld (and again, I enjoy all these shows, albeit to varying degrees). He never felt like the grownup telling the kids to clean their room; rather, he was one of the kids, just a smarter one. He was, in a way, our surrogate, knowing that the happenings on the show were outrageous but enjoying them nonetheless. He didn’t try to stop his friends from being silly, he encouraged them. Sure, he had his own terrific set pieces (one of my favorites is his encounter with an incompetent car rental clerk in “The Alternate Side”), but they never came at the expense of anyone else’s moment. He served the show, not the other way around.

Jerry Seinfeld was the perfect straight man, and he stands out even more when compared with a T.V. landscape littered with his lessers. He wanted Seinfeld to be the best that it could be, and thanks in no small part to his efforts, it was.