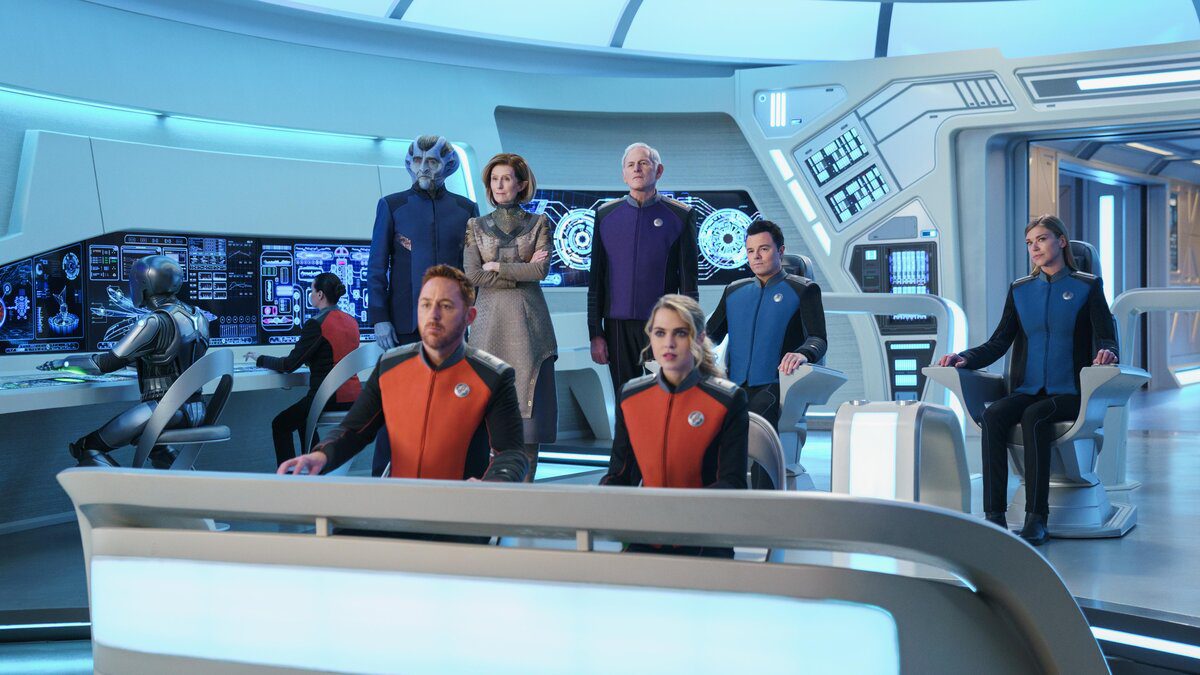 Start practicing your Moclan mating rituals because Hulu has released a trailer for season 3 of The Orville, which is being called The Orville: New Horizons – I suspect to attract new viewers who may be put off by the notion of catching up on previous seasons. Originally airing on Fox, home of Seth MacFarlane’s long-running Family Guy, The Orville moved to Hulu for its third season so that an increased budget and looser filming schedule would allow for more grandiose storytelling. The Orville stars MacFarlane as Captain Ed Mercer, the skipper of the eponymous spaceship in the Federation-like Interplanetary Union. Adrianne Palicki, Scott Grimes, Penny Johnson Gerald, Peter Macon, Mark Jackson, J. Lee, and Jessica Szohr play Mercer’s main crew; Anne Winters will be joining them this season as a new character. The Orville began as part spoof and part serious science fiction and moved closer to the latter in its second season. The Orville: New Horizons premieres on Hulu on June 2, 2022. Check out the trailer below:

To say I’m ready for another season of The Orville is an understatement. I love this show – you can follow my reviews of season 2 if you haven’t already – and it’s been off the air for three years now. I understand that’s due to lockdowns, but the wound still bleeds. The trailer is excellent, just enough to remind you of how great The Orville is and give you a slight indication of where the story is going without ruining any of the big jokes. The conflict with the Kaylons appears to be far from over (did I see one of them breathing fire?!), while the tentative peace with the Krill is progressing as well. This was a clever bait-and-switch season 2 pulled, and it fits with the show’s themes, so it’s a welcome subversion of expectations (for a change). Ed quoting “Ozymandias” in the beginning (though leaving out the “ye mighty” part) is ominous, and I wonder who he’s talking about; it could be the Union, the Krill, the Kaylons, the Moclans, or someone else entirely. If I had to guess right now, I’d say the Moclans; they seemed to be a civilization in decline when last we left them. I also enjoyed seeing some of the old admirals back, specifically Ted Danson and Victor Garber. And I’m overjoyed to hear Norm MacDonald’s voice coming from Yaphit again; Norm will be missed, but I’m glad he’s got one more rodeo as the puddle of slime who’s a lot smarter than he looks or sounds. As for what I’d like to see, well, my special request is for them to bring back Halston Sage’s Alara, at least here and there. Alara was tied with Ed for my favorite character, so Murphy’s Law being what it is, they got rid of her and brought on Talla, a less interesting version of her. (She’s even the same species of alien!) But other than that, I just want more of The Orville.

What did you think of the trailer for The Orville: New Horizons? Are you going to watch the show? Is it only a matter of time before Stewie and Brian Griffin show up via sci-fi tech for a Roger Rabbit-style live-action/animation mashup? Let us know in the comments, and stay tuned to Geeks + Gamers for more TV news!