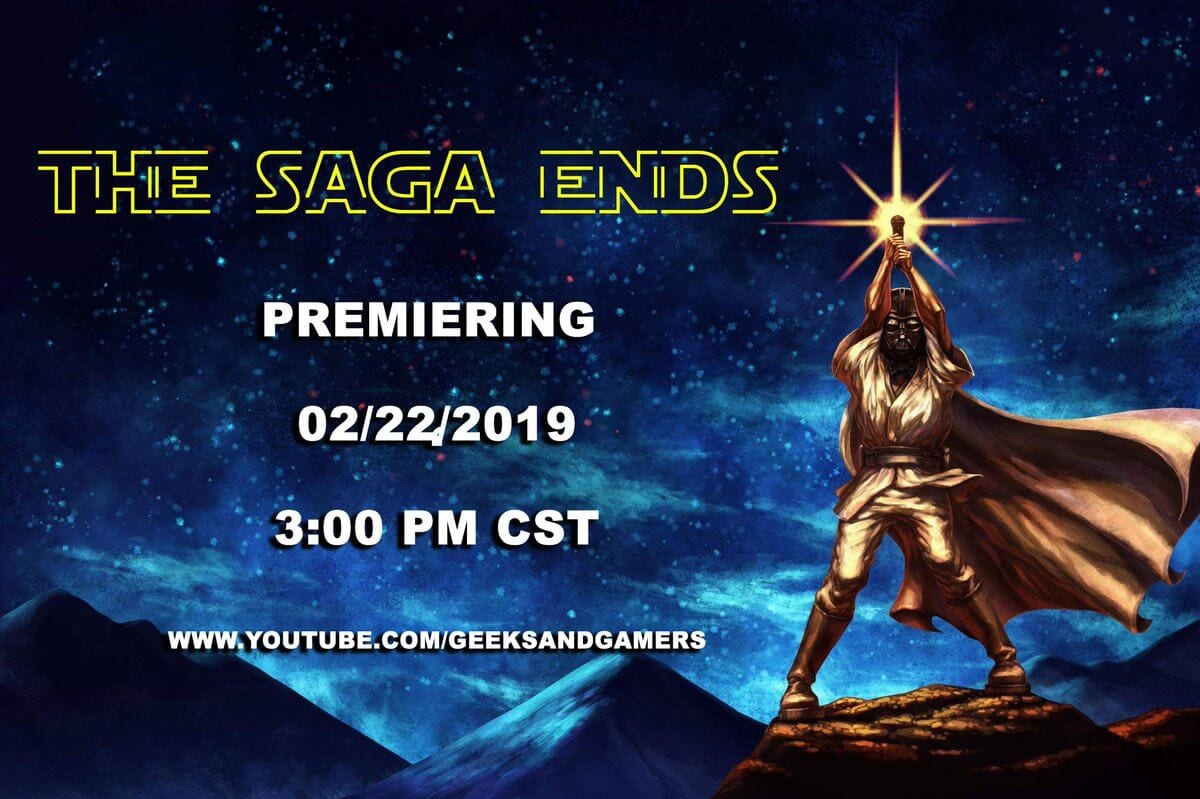 “The Saga Ends” is a musical summation of the Fandom Menace’s gripes with the current state of Star Wars, with hilarity of galactic proportions. It is told through the use of various sets and Star Wars action figures (some with their heads transposed onto the bodies of WWE wrestlers – there are no words to accurately convey how great that is; you just have to watch it for yourself). It’s clear that painstaking care and thought was put into not only the action-figure-enacted (they’re NOT dolls!) scenes, but also into the lyrics, which were co-written by Geeks + Gamers’ very own Jeremy Griggs and “That Star Wars Girl” Anna, as well as “Cool Han Luke,” who also performed the vocal track for the video – although one might be led to believe that in fact, Darth Vader himself was performing it! Ivan Ortega brings to “The Saga Ends” the same editing prowess that he used to make a watchable Captain Marvel trailer (an impressive feat in its own right). There’s a depth to the cleverness to it and, again, the care that was put into each facet of the project cannot be understated – “The Saga Ends” legitimately touches on everything that is wrong with Star Wars in the Disney era, from The Force Awakens being a sub-par rewrite of A New Hope to half of The Last Jedi being useless, and the insanity of the story group’s decision to flippantly kill off two of the most beloved characters in sci-fi history. “That Star Wars Girl” Anna’s artistic touch is visible in the video as well, and there is a level of immersion in the articulation of the Fandom Menace’s emotions that simulates a live-action performance, despite the fact that the figures used don’t exactly have 86 points of articulation themselves.

“The Saga Ends” was a labor of love for everyone involved, and it shows; even the original artwork by Jeff Hicks harkens back to some of the earliest promotional posters for the original trilogy by Tom Jung. When the final cut premieres on Friday, February 22nd at 3:00 PM CST, everyone will get to laugh at the satirical form the video takes, yet cry when they remember that it’s pointing out the reality of the situation. Geeks + Gamers, along with WorldClassBullshitters and ComicArtistPro Secrets, have been leading the Fandom Menace’s charge in the fight to retain what we love about the sci-fi fantasy that captured hearts, minds, and imaginations back in 1977, and this project was a massive undertaking towards that goal. If my initial impressions after getting a sneak peek are any indication, our saga is far from over, and even bigger things may be on the horizon for the Fandom Menace. Here’s to hoping you all enjoy and appreciate the videoooooo every bit as much as I did, and, as Anna would say, “May the Force be with you because we are really going to need it!”