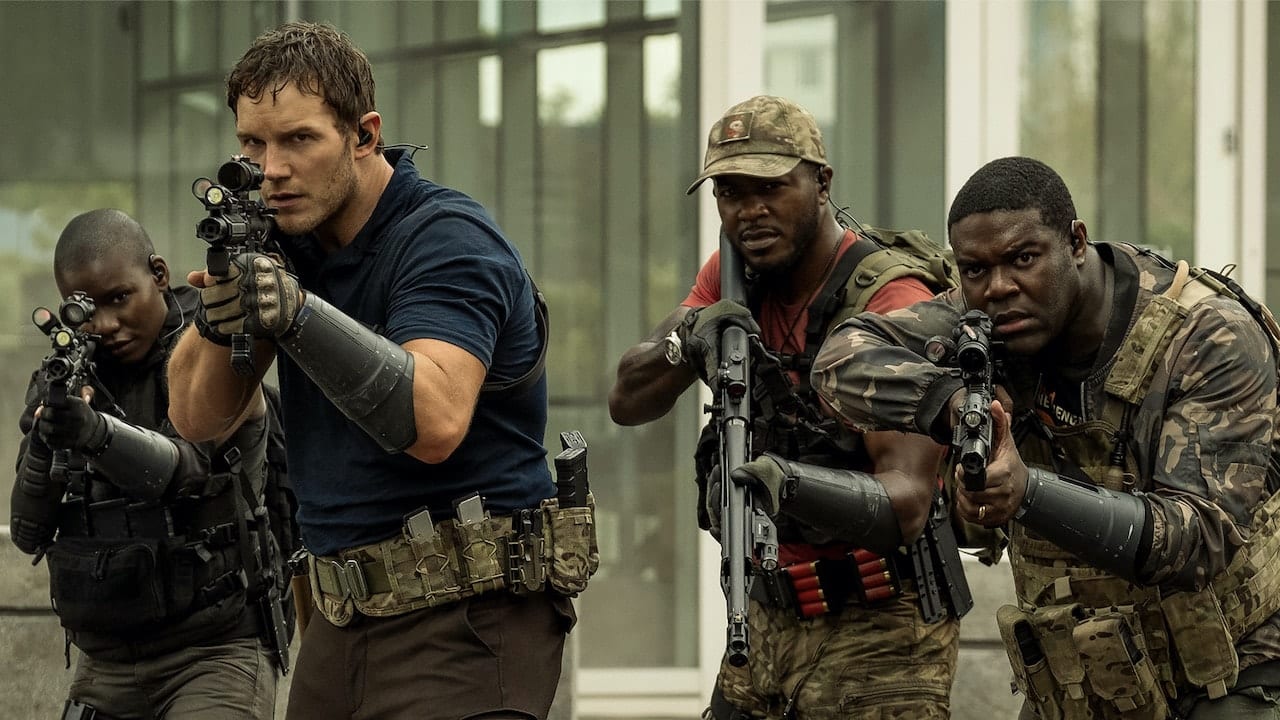 Star-Lord just became the future’s only hope, as Amazon has released a trailer for the upcoming sci-fi action movie The Tomorrow War. The Tomorrow War stars Chris Pratt as Dan Forrester, a soldier who’s brought to the future to help fight off an alien invasion. Opposite Pratt are Yvonne Strahovski, Betty Gilpin, JK Simmons, and Mary Lynn Rajskub, with Chris McKay of The Lego Batman Movie directing. Another victim of the endless lockdowns, The Tomorrow War originally resided at Paramount and was set to hit theaters on Christmas Day of 2020; after being shuffled around Paramount’s release schedule, Amazon paid $200 million to acquire the distribution rights from production company Skydance and will stream the film on Amazon Prime starting July 2, 2021. Check out the Tomorrow War trailer below:

The Tomorrow War trailer is right up my alley: short and light on plot and spoilers, with enough cool stuff to whet the appetite. I’d love it if Hollywood shifted to a teaser paradigm in its marketing, but I know that’ll never happen. These also tend to be more creative than a full trailer; Independence Day had a sensational one, and Inception’s was brilliant (only to be completely undone by the full trailer that gave away the farm). The Tomorrow War trailer isn’t nearly as good as either of those, but it’s effective in letting you know what’s in store for you if you watch the movie. The special effects look great, Chris Pratt is ready for action, and there aren’t any shots of the aliens to ruin the suspense. I would have liked to see some of the other actors, particularly Yvonne Strahovski (because who wouldn’t?), but it’s a trade-off I’ll happily accept. In looking up the film for some background, I was glad to see some of the names besides those two. JK Simmons isn’t physically capable of being less than amazing, and I hope this is the start of Betty Gilpin capitalizing on the success of GLOW (notwithstanding the horrendous Coffee & Kareem; and I still need to see The Hunt). Mary Lynn Rajskub may be the most pleasant surprise, though; she was great on 24, and I recently watched the hilarious The Larry Sanders Show, where she appeared in the later seasons. I’m not sure about the behind-the-scenes talent – I have no interest in the Lego movies – but the tools for a fun film are all there on-screen.

What did you think of the Tomorrow War trailer? Are you going to watch the movie? Is it wrong to want this alien showdown to end in a dance-off too? Let us know in the comments and stick around Geeks + Gamers for more movie news!