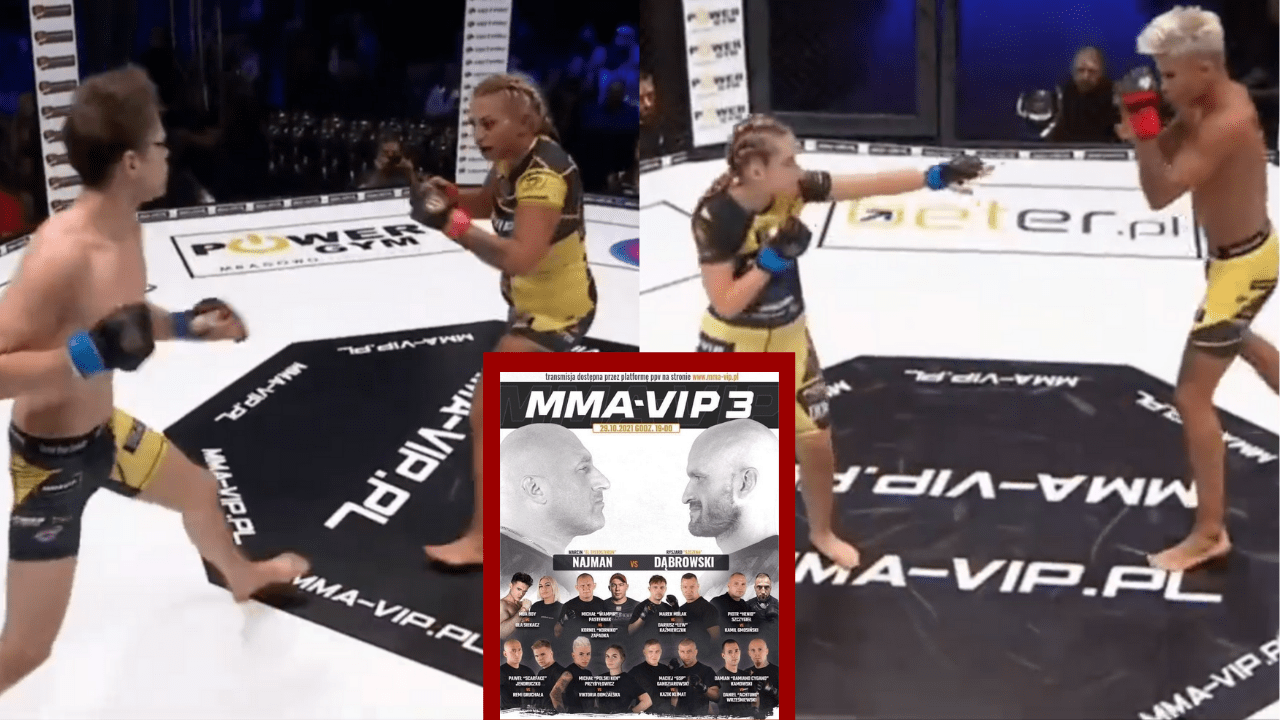 The Polish were out there wilding at their Mixed Martial Arts events over the weekend. The MMA-VIP event booked two inter-gender bouts, and unlike Alana McLaughlin, both victorious fighters were upfront and honest about their male genealogy.

This is what happens when a big mouth meets reality. Apparently, fans were left horrified after Piotr “Mua Boy” Lisowski took the mount position and began to rain down blows on his female opponent, Ula Siekacz. According to The Mirror, “the woman [was] unable to move or defend herself.” She knew what she was getting into when she signed on for the bout.

Video of the second round shows female arm wrestler and fitness instructor Siekacz on her feet attempting (unsuccessfully) to trade blows with Lisowski until he grabbed her and threw her on the ground with one arm. Once on the ground, Siekacz tried to thwart a submission attempt by blasting “Mua Boy” with blows from the bottom until he had enough and hopped into full mount and wrapped up the fight from there until the referee called for the bell and the TKO victory.

Piotr is a self-professed “beauty ambassador” and wore eye makeup that looked like it was inspired by Mike Awesome’s Gladiator gimmick in FMW. Should have gone for an Awesome-bomb, bro.

The second inter-gender bout went similarly poorly for the female competitor. “Polish Ken Doll” Michal Przybylowicz took on Wiktoria Domżalska and wrapped up things in short order, only getting halfway through the first round before the referee waved it off.

Let this be a warning: if both a man and a woman are equally proficient in a given physical vocation, the man will win. Stop messing around with science and face that fact, you weirdos.