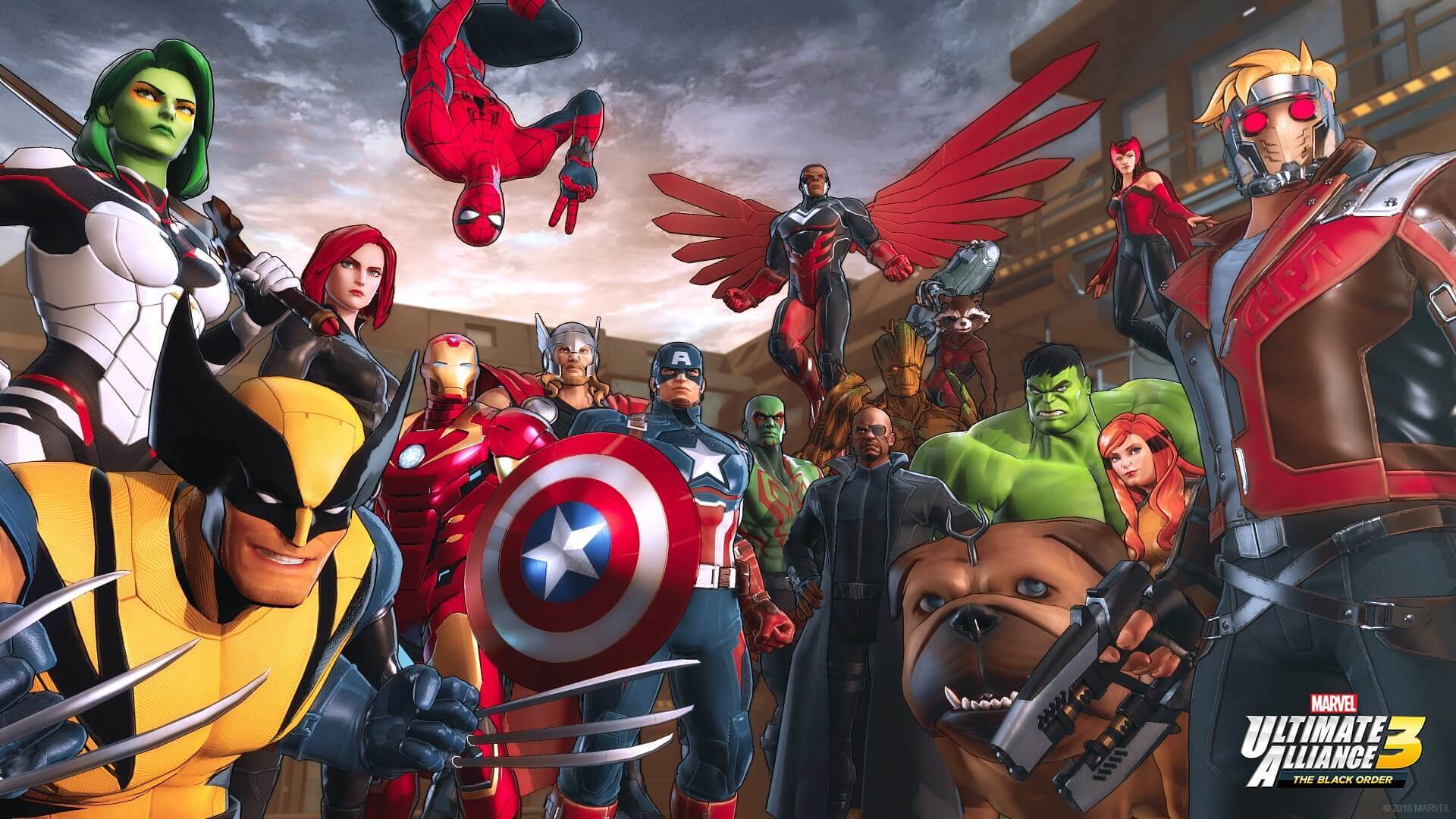 The Marvel Ultimate Alliance 3: The Black Order gameplay trailer was released during The Game Awards ‘18. Marvel Entertainment and Koei Tecmo’s Team Ninja are working together on the game – originally published by Activision – which will feature a new saga in which the superheroes of the Marvel Universe, the X-Men, Avengers, and others join forces to defeat Thanos and his Black Order, which were popularized last Spring with the release of the Avengers: Infinity War feature film. The trailer displayed similar game mechanics to the previous entries in the franchise or Marvel Heroes Omega, emphasizing the traditional co-op system for which these games are known. It will be a Switch exclusive, a console-specific strategy started with this year’s Spider-Man exclusive game for the PS4. On paper, all of this sounds nice, but Disney/Marvel, like in the comics, have a less than stellar history with their video game division

Team Ninja’s participation in Ultimate Alliance 3 is intriguing, to say the least. The developers are known for specializing in edgier video games like the Dead or Alive fighting games, its spin-offs, or the revamped Ninja Gaiden franchise. They are, literally, famous for ninja brutality and jiggling boobs, not the usual themes tied to Disney, or even modern Marvel. However, it must be mentioned the team has lately made efforts to appease the American SJW marketers with their Dead or Alive 6, also scheduled for a 2019 release, for which they announced tuning down the fanservice visual appeal for which the franchise has been known since its inception. Another thing to consider is that Koei Tecmo’s ventures are known for including aggressive monetization schemes in the form of DLCs. For example, their Steam page lists 65 games and 406 DLCs available for their games.

Marvel Games themselves have not shied away from problematic microtransaction/DLC practices, not to mention license volatility. Other than the universally acclaimed Spider-Man PS4 exclusive and the Lego games – both of which also have DLC tied to them – their game roster has been alternating between either free-to-play games based on microtransactions or failed Triple-A projects like Marvel vs. Capcom: Infinite and Disney Infinity. Poor licensing from Disney killed Avengers Alliance, Avengers Alliance 2, Avengers Alliance Tactics, and Marvel Heroes Omega, leaving their paying customers with short-lived free-to-play games and thousands of players, a good number of them paying customers, left without a game to play, let alone nothing for their investments in microtransactions. In the case of Marvel vs. Capcom, it was taking away the license from Capcom to create Disney Infinity that stopped the MVSC3 life, and when DI failed, rushing Capcom to phone in MVSC: Infinity to fit their franchise plans after returning the license to the Japanese company, resulted in the fighting game being dead on arrival.

Another thing to point out is the look of Marvel Ultimate Alliance 3. The cartoony style is fine and understandable because of the platform and the demographic they are trying to reach, but it should be mentioned the trailer looked subpar even compared to the first Ultimate Alliance or their mobile game, Marvel’s Strike Force, which also falls into the cartoony aspect. This might be a very, very bad sign, since Team Ninja’s reputation is centered on their beautiful, cutting-edge visual design, even in their universally panned Yaiba: Ninja Gaiden Z, which was overwhelmingly praised for its cell-shaded comic book theme, even by the harshest critics who hated its gameplay & story. Marvel vs. Capcom: Infinite had a similar situation when the first trailer for the project was released, something indicating Disney’s micromanagement of the game and their insistence on delivering the product in a very short period of time.

Hope for the best but expect the worst would be fair to say. The unappealing visuals of Ultimate Alliance 3 may be due to the early stages of development portrayed in the trailer. Let’s hope that’s the case, but this history of corporate mishandlings should not be overlooked. It really makes a difference when we contrast all of these dumpsters on fire next to PS4’s Spider-Man, where a studio passionate for the project took the time they needed to fine-tune their game through three years of hard work you get to see on the screen. Other than what was shown in the trailer, there is not a lot of information about the project, and the full roster of characters is still anyone’s guess, but I think it is safe to say that it will be larger than what we saw since most modern Marvel games, and even its Ultimate Alliance predecessors, have more characters. Let’s cross our fingers and hope loyalty to the characters and stories is not confused with loyalty to a trademark and the whole thing ends up being a disrespectful cash-grab.