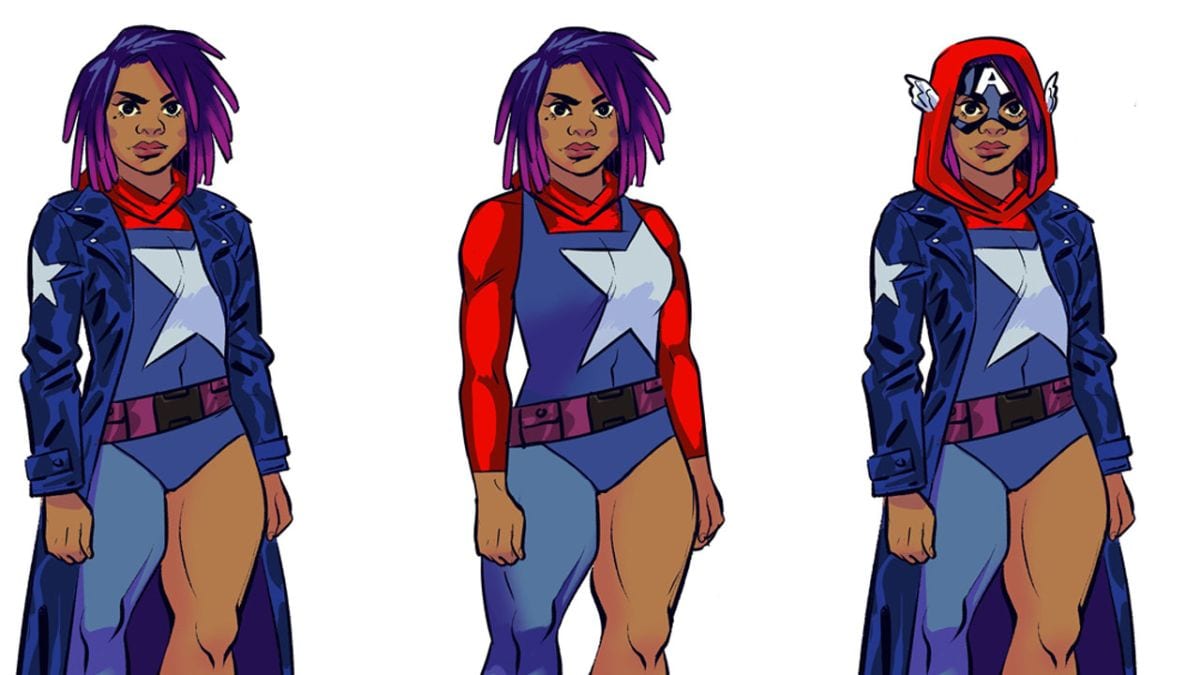 The latest Marvel hero to adopt the mantle of Captain America is none other than Nichelle Wright.

This new “local” version of Cap dons a one-legged pantsuit, purple hair, dark complexion, and a gnarly caped jacket. “The thing I can say about Nichelle is that she is working day and night to bring change into a world where she feels defeated,” says Nichelle’s creator Mohale Mashigo. “Nichelle is a light in a dark time and she wants to take ownership of her community and space in America.”

Co-creator Natacha Bustos’ added, “There are very few occasions when you have the opportunity to contribute to the creation of a character as genuine and powerful as Nichelle. She is undoubtedly one of the characters that I am most proud to have designed, for all that she represents and what she means for the community.”

Marvel’s new hero will make her debut in The United States of Captain America #2, set for release in July.

Ah yes. Everyone knows the tactful advantage of wearing only 1 pant leg.

Isn’t that a trench coat?