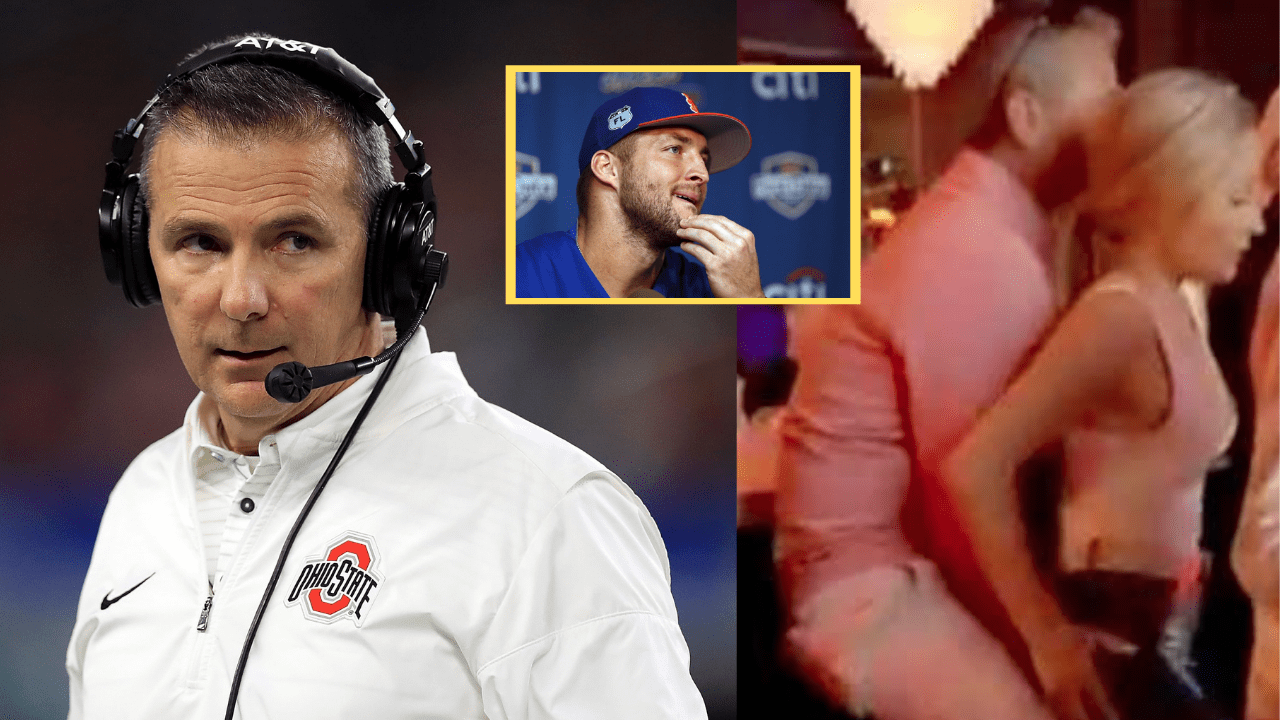 Urban Meyer’s night out looks to be lasting a lot longer than he anticipated.

Is this why Urban Meyer is trending? 😳 pic.twitter.com/nFg8kUFVli

Meyer’s out apologizing for his weird grinding, not grinding, hunched over a girl old enough to be his granddaughter (nothing wrong with that), while his wife was at home babysitting his actual grandkids (that’s a bit of a problem).

According to NFL Network’s Mike Garafolo, Meyer spoke to his players and said he “acted like an asshole idiot;” I suppose he and the young lady were not discussing appropriate grammar.

This apology was preceded by comments made by Jaguars owner Shad Kahn in a statement: “I appreciate Urban’s remorse, which I believe is sincere. Now, he must regain our trust and respect. [How about win a game or show some sort of promise?] That will require a personal commitment from Urban to everyone who supports, represents or plays for our team. I am confident he will deliver.”

Early reports on the apology by the likes of NFL Network’s Michael Silver suggest that it was about as popular as a terminal diagnosis. “We looked at him like, WTF?” was said by an unnamed player. “Right when he left everyone started dying laughing. And he knew it.” This is what happens in the real world when you have to apologize to a group of people for something that doesn’t affect them in the least bit. I get it; he’s their coach. But it’s not like what he did was illegal. Twitter isn’t real life; you don’t need to apologize for everything, nor should you.

But what about the real victim in all of this: the older gentleman and grinding enthusiast. Well, according to her mother, she’s in a really dark place at the moment and is concerned for her daughter, mostly because she raised a thot. Sucks to suck.

Her identity is unknown, but the “24-year-old” has been receiving backlash for the footage that spread over the past weekend. Like she would have if the cameras weren’t rolling.

The situation has supposedly affected the woman’s employer, New Horizon Media Group, a marketing company in the local (Columbus, Ohio) area. A lawyer for the company, Brian Duncan, is conducting an internal investigation about the incident. I guess they have a mandatory level of dance proficiency to be qualified to work there?

Urban’s wife seems to be taking it all in stride (not the first time something like this has happened?). Before deleting her Twitter account (good for her), her final tweet read: “This will be my last post on Twitter. Frankly, I don’t need the hate, vitriol, slander, trash that will @ me. We all make mistakes. We are all sinners. If you think you aren’t? Then cast the first stone.”

Give that advice to Trevor Lawrence; perhaps casting stones will be easier than completing passes.

But one former player has Meyer’s back; the man whom he won a couple of National Titles with in the swamps of Florida: Tim Tebow.

On his Friday slot opposite Stephen A. Smith on ESPN’s First Take, Tebow had this to say:

“This is a very disappointing, frustrating and honestly heartbreaking situation. When I first saw and heard what was happening, my heart was hurting for Miss Shelley [she’s married; weird use of ‘miss,’ Timmy], Coach shared with me that it was one of the hardest [giggidy] times of his life. And he apologized, but he didn’t need to apologize to me. I know this weighs so heavy on his heart and he is hurting. I do think from some of the guys he will have to earn back their trust and respect. I think he really wants to do that.”

"When I first saw and heard about what happened, my heart was hurting for Miss Shelley. … Coach shared with me that [this has been] one of the hardest times of his life." pic.twitter.com/Rqn9q5vH8L

Tebow further went on to make an ass out of himself by getting worked up over something that the NFL or the Jaguars don’t even seem that concerned about – some six days later. What will cure this problem? Beating the Titans at home on Sunday. That ought to do it.