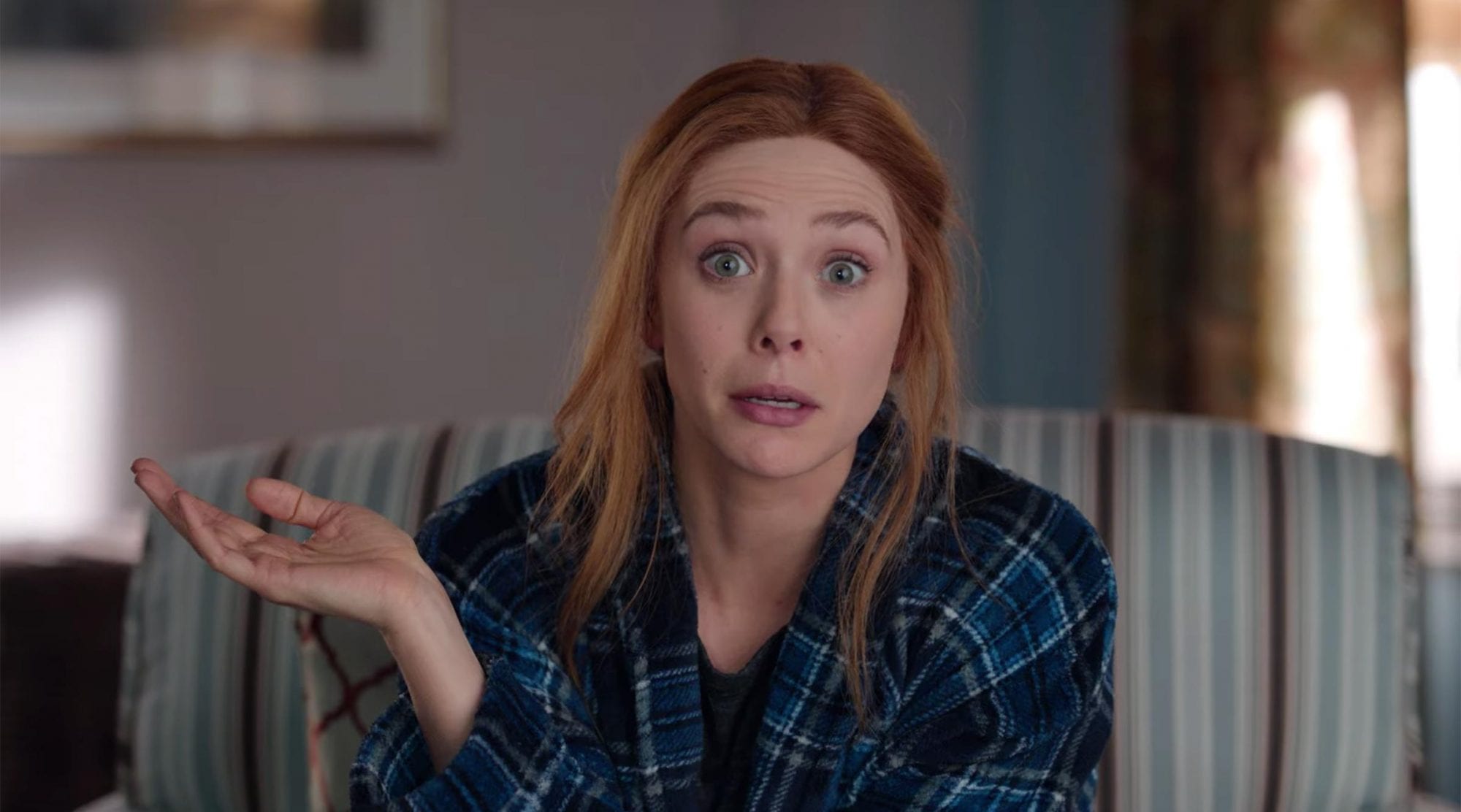 WandaVision jumps to the modern sitcom era with “Breaking the Fourth Wall,” a leisurely paced episode that sets up the season’s final stretch. It lacks some of the punch from previous weeks – necessarily, due to the shifting status quo – but it makes up for that with laugh-out-loud lampoons of current TV norms and inventive uses for Wanda’s powers.

Wanda feels the strain of being alone with the twins after learning that Vision is on to her ruse, and her artificial world begins to crack at the seams. Vision seeks out an unlikely ally to help him get back to Wanda and save the people caught in Westview. Monica tries to return to the Hex to appeal to Wanda.

“Breaking the Fourth Wall” made me laugh as soon as it began with the shot of Wanda dressed in the bathrobe and knock-around sweats of a modern TV housewife as she talks directly to the camera while seated in her living room. In what we all probably should have expected, WandaVision is now taking aim at single-camera shows like The Office or Modern Family, which feature frequent intervals where the characters talk to a documentary crew filming their day-to-day lives at work or at home. Since WandaVision (the WandaVision within WandaVision, that is) takes place almost entirely in the Maximoff household, this is more Modern Family, with Wanda filling the Claire Dunphy role of the frazzled mom slowly going insane despite not seeming to do very much. 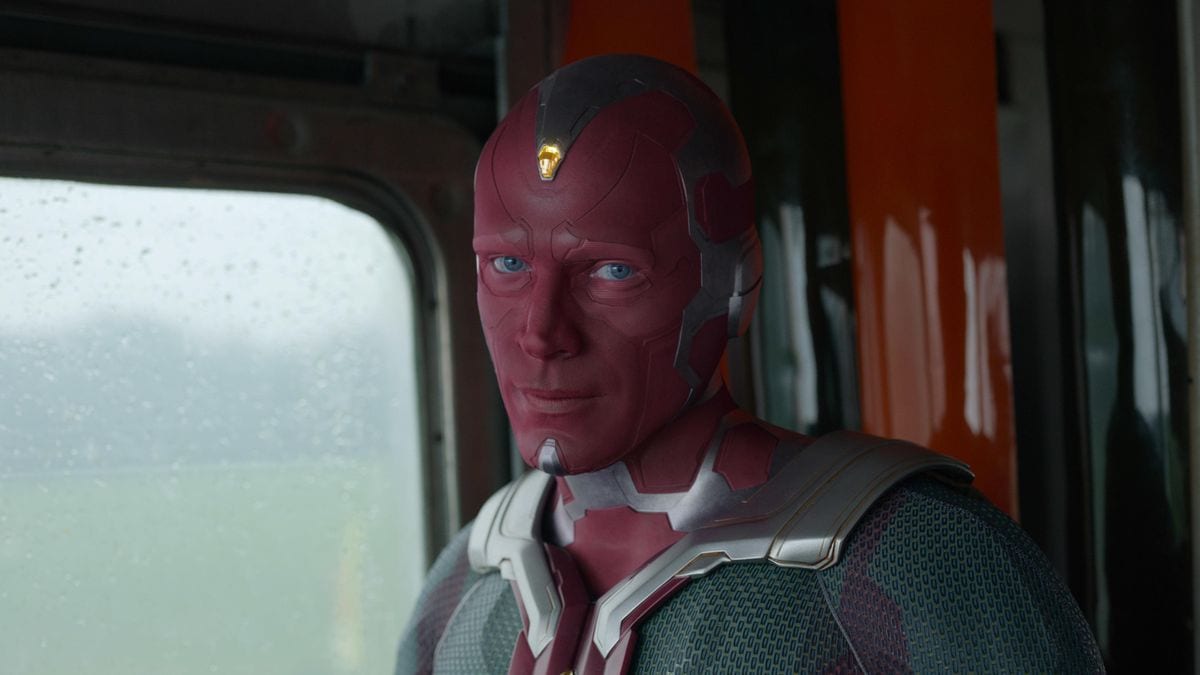 This setup works because, as “Breaking the Fourth Wall” begins, Wanda’s life is unraveling. Vision is gone, and she’s alone raising two kids, using the interview sessions to vent her frustrations. Vision, meanwhile, finds himself at the circus Wanda created out of the SWORD base. He’s now caught somewhere in the middle of being awake and trapped in the illusion; he mostly knows what’s going on, and he remembers his actions from the last episode, but he’s also bound by the conventions of the fantasy world. His personality is still silly and boisterous, a contrast to the factual, analytical robot he once was. Now, he’s got to find a way to get back to his family while going through the motions of a sitcom – in his case, something a bit more ridiculous, like Arrested Development.

Elsewhere in “Breaking the Fourth Wall,” Monica – who, along with Jimmy Woo, escaped the growing parameters of the Hex, which I didn’t realize last week – wants to get back in, still convinced that Wanda is not evil and that she’s the key to undoing the spell. She’s also got to race with Director Hayward, who’s planning another operation to kill Wanda. An attempt to breach the magical barrier with a NASA-style rover goes belly up, but Monica pushes through anyway, with her re-entry into the Hex clearly causing some kind of physical change to her. I love the character progression they’re putting Monica through, showing us how she’s willing to rise to the occasion when the danger to herself intensifies. That’s how you build a hero, and I’m up for pretty much whatever they’re planning on doing with Monica after this series. 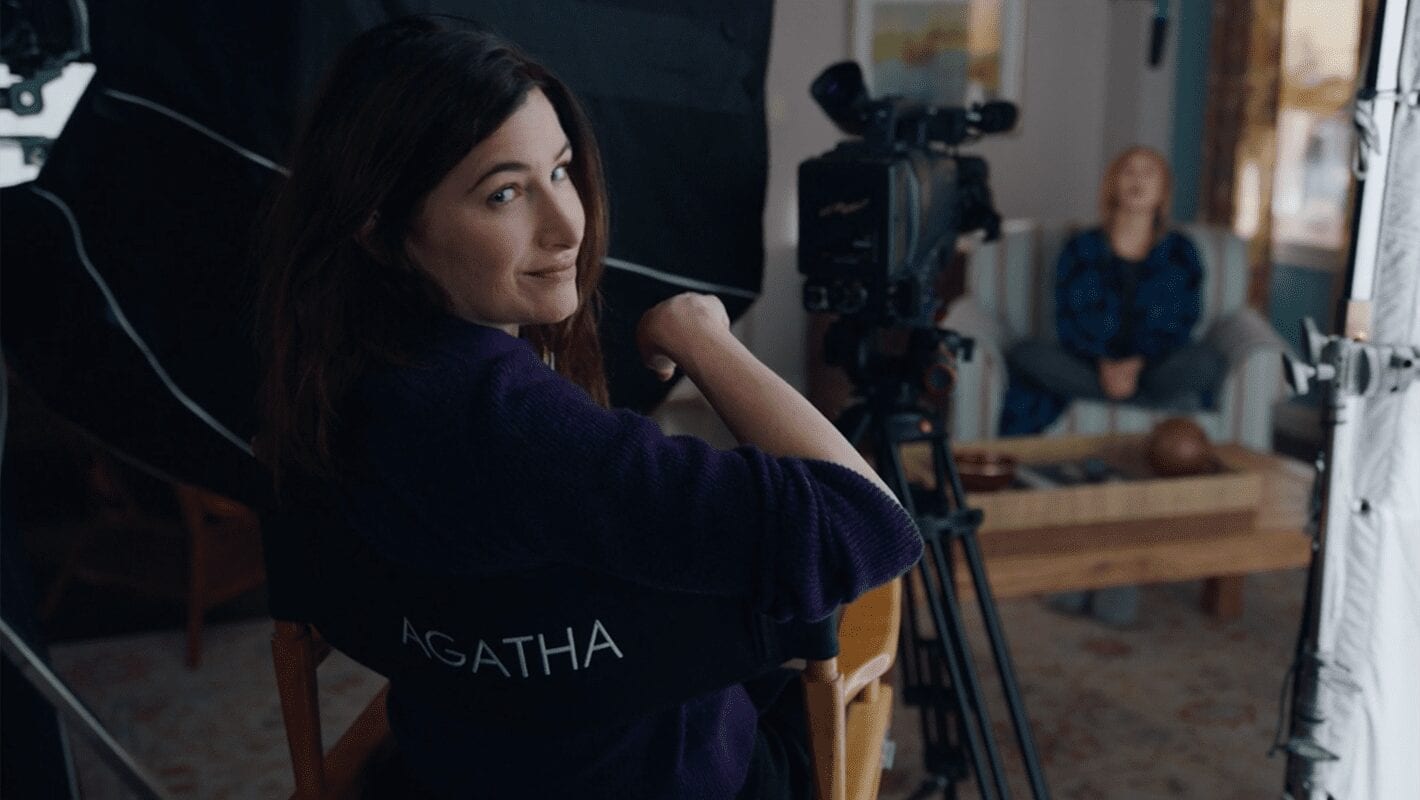 And it turns out Monica was right because “Breaking the Fourth Wall” reveals that the true villain has been Agnes all along! The ubiquitous wacky neighbor is actually Agatha Harkness – who, cards on the table, I had to look up –a witch who, in the comics, trained Wanda to use her magical powers. This raises some interesting possibilities. Did Wanda build the TV world on her own with Agatha taking advantage of the situation, or has she been controlling Wanda all along? If it’s all been her, did Agatha manipulate Wanda into creating the Hex as a way of demonstrating her potential? What is her ultimate goal? And where does the Nexus, which is alluded to in this week’s commercial, come into play? Is Agnes fiddling with Multiverse, or trying to open it up? Is Wanda the key to that? I’m glad Kathryn Hahn will have something meatier to tackle in the remaining episodes; I loved her as Agnes, but there’s so much more she can do as the villain.

Speaking of villains, Jimmy Woo has learned what SWORD’s interest in Wanda really is. They’d been trying to bring back Vision on their own, intending to use him as a weapon. This is sort of a “meet the new boss, same as the old boss” scenario. Like SHIELD before them, SWORD is a power-hungry government group that wants to control and utilize superheroes for their own purposes. This has always been the real goal behind the Sokovia Accords as well; with the pretense of protecting the public, the government wants to strip people of their rights and seize more power, using a tragedy as an excuse. (Think of the way General Ross refers to Hulk and Thor as misplaced nukes.) SWORD is little more than the latest incarnation of that power grab. I love this theme, and while I think the Sokovia Accords storyline should have been ended in the movies, I’m glad they’re keeping that thread alive. 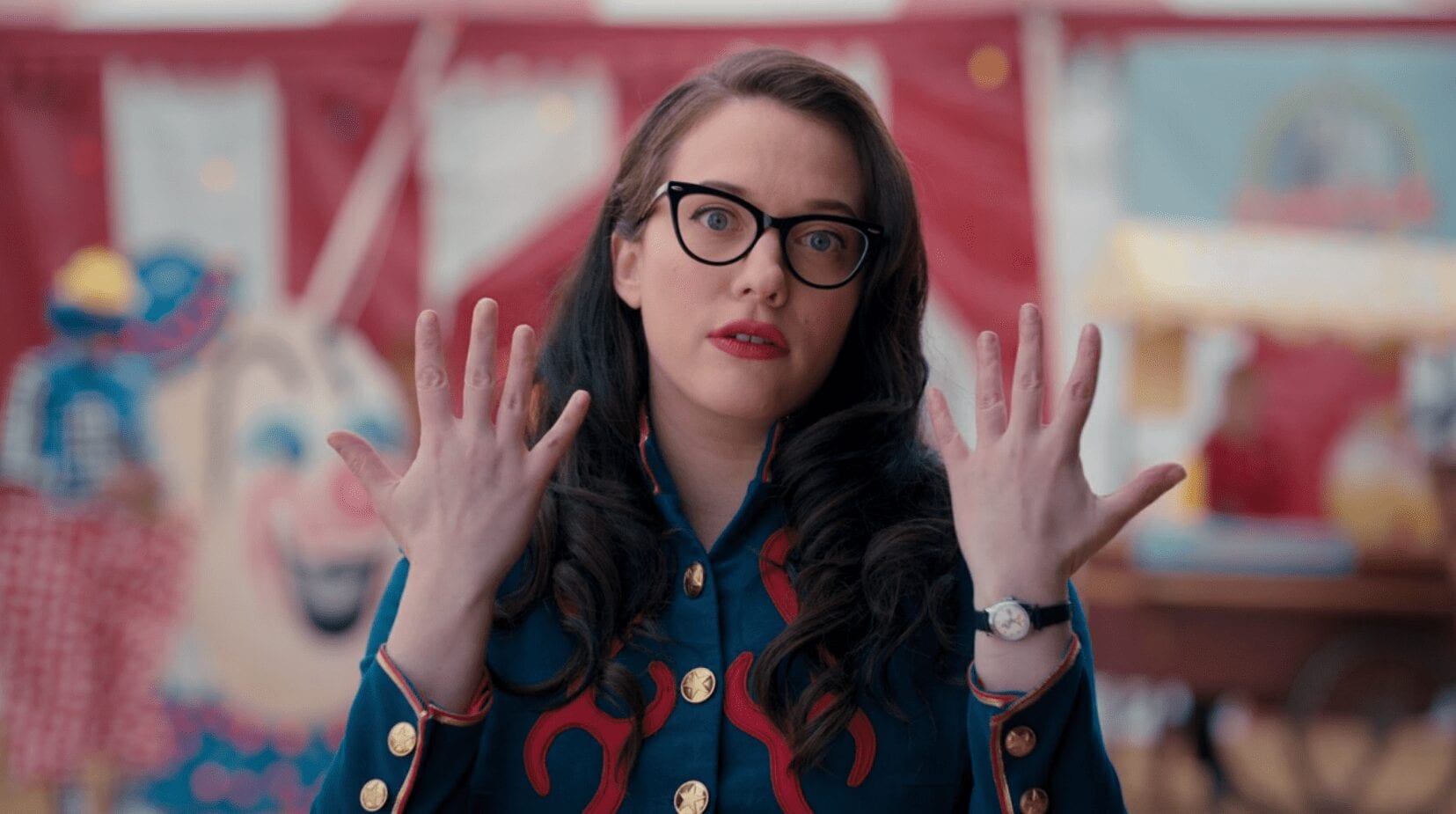 But, revelations and satire aside, the greatest pleasure of “Breaking the Fourth Wall” is the teaming of Vision and Darcy. As Vision makes his way through the circus, he spies Darcy as the escape artist of the troupe and remembers her as someone who wanted to help him. He snaps her out of her mind-clouding spell, and the two are off, bouncing off each other as they try to save Westview. Darcy’s humor is a perfect counterpoint to Vision’s single-minded determination, but he’s too affable and understanding to get mad at her the way most other people do. On the road to the suburbs (in a hijacked circus truck), she becomes his primer on his MCU history, from his creation in Age of Ultron to his death, resurrection, and repeated death in Infinity War. Like Wanda, Vision also talks to the camera on occasion, and his final realization that he’s still going through the motions of a sitcom is hysterical, particularly when he bumps into a boom mic during his escape. But even more than that, I loved the subtle looks he gives to the camera, the exasperated Jim – or Tim, if you enjoy the British version of The Office, as I do – of the superhero world.

While it doesn’t knock your socks off the way other episodes have, “Breaking the Fourth Wall” reveals some of WandaVision’s long-held secrets and expertly incorporates its story elements into the sitcom framework. The skewering of modern single-camera shows is dead-on, and there are some hilarious moments before the shocks begin.

While the Agnes was the villain the whole time twist was a surprise, I had suspected her from the beginning. The I’m your friendly next door neighbour thing she had going, seemed very forced and unnatural. Then she began to act very strangely as the series went on, especially in the Halloween special where she got caught by the Vision and made up some lame excuse of being lost.

Yeah, she did some things that seemed like she wasn’t part of the illusion in the same way the others were, like when she told Vision to go inside and check on Monica in the third episode. I figured she was part of whatever was really going on, but I didn’t expect her to be the mastermind.