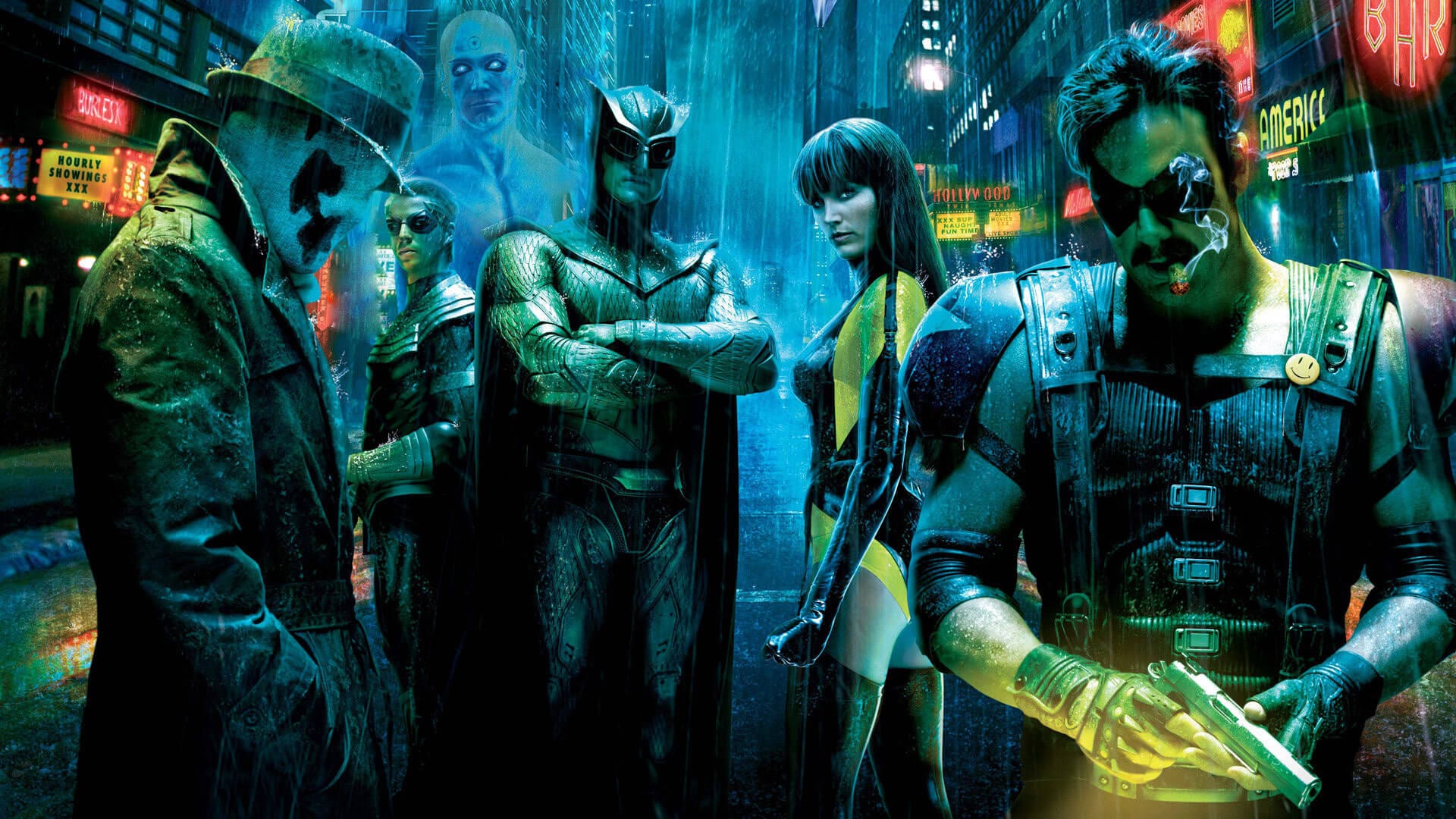 1978’s Superman: The Movie has stood as a symbol for the archetype of what people felt a superhero was supposed to be: save the citizens, beat the villain, stand tall as a guardian of righteousness. But somewhere along the line, perhaps having its roots ironically embedded into the cynicism of the early seventies, people began to look differently at their superheroics. The Rockwellian apple pie superhero was no longer good enough. This is not to say there was anything wrong with that archetype, but audiences were craving something more – something that Alan Moore and David Gibbons gave the world in their comic Watchmen. The conceit was simple: take some old DC characters nobody was using and make something fresh out of them. Couched in a Cold War vernacular, you had a story that would redefine the comic book genre. For years after, many filmmakers – most notably the Bourne series’ Paul Greengrass – attempted to bring the groundbreaking graphic novel to the screen.

Yet no one could seem to make it work, something that didn’t surprise Alan Moore, as he had always considered the book unfilmable (aside from the fact that he wasn’t interested in adaptations of his work). It is almost ironic, then, that the panels of the book served as the inspiration for filmmaker Zack Snyder, who’s biggest hit at that time, 300, had arguably redefined what a comic book movie could be in much the same way Sin City had in 2005. Envisioning a near fateful adaption excluding the ending, Snyder began shooting in September 2007 and, to my surprise, opted to cast the film with relatively B-list actors. That being said, I was excited about the cast, particularly Jeffrey Dean Morgan, best known at that time for his roles in Supernatural and Grey’s Anatomy. I never thought Papa Winchester would be on the big screen in a superhero movie, but there he was, redefining what a comic book film role could be.

I keep using the word “redefining,” and there’s a reason for that. Watchmen the movie came out about six months into my college career, and I got the opportunity to write for my school paper. I automatically went to Watchmen because, hey, it was an R-rated comic book movie set in a new universe. I saw it and, much like Blade Runner, what I had just seen initially went over my head. I wrote my review for the paper talking about how edgy the film was. I no longer have that embarrassment of a review, having mercifully left it on an old computer without transferring it over to my new one. I’ll never forget the title, however: “Watchmen: A Good Romp.”

Over the years, it became clear that Watchmen was so much more than that. Right from the opening montage, we see this legendary team filtered through various historical events, whether it’s the famous sailor dip-and-kiss being subverted with Silhouette and her girlfriend and then being murdered for, as Rorschach says, her own indecent lifestyle or the Comedian serving as the second shooter in the infamous JFK assassination. Through the perspective of multiple other characters, we get to see the latter broken down, going so far as to break into his archenemy’s house and sobbing next to him. By the end of the film, we finally have some context to his death; it wasn’t nihilism that had infected his mind, but a potent mixture of narcissism, resignation, and PTSD. While we are horrified by his actions (particularly his heinous and reprehensible acts against the first Silk Spectre), we at least understand the Comedian from an intellectual standpoint. It is ultimately divine justice that, in the end, he had a fractured physique and was too far gone to be anything more than a deranged war hero lost in his need for human connection, a connection that was lost the moment he forgot the meaning of the word “consent.” We’ll get to Doctor Manhattan and Adrian later, but these two murders are meant to shock and outrage us, to show us a world where the darkness wins, as opposed to the light and moral ideology that Superman represented over thirty years before, in an age where the comic book movie wasn’t as prevalent as it is today.

The darker, nihilistic sensibilities continued throughout Watchmen, depending on from whose perspective we are viewing the story; whether it’s Doctor Manhattan losing his faith in humanity or Adrian’s myopic need to “save” the world. Threaded through these stories are Dan Drieberg, one of the few genuinely decent people in this world (who, while not having their powers, is arguably adopting a Superman/Captain America attitude toward crime-fighting), and Laurie, who is getting lost in Doctor Manhattan’s apathetic nature and the need to allow the light that Dan ostensibly provides into her life. Then you have Rorschach, who is so lost in his own psychosis that he becomes an observer to the chaos and anarchy around him until he is proven right about Adrian’s plan to remake the world, something that he is unable to live with. So he begs for death, which Doctor Manhattan callously and coldly grants, departing Earth thereafter.

The audience didn’t respond as well as Warner Bros. had hoped, and Watchmen garnered only a 162-million-dollar worldwide box office. Despite this, fans like myself have gravitated to the film and its myriad versions (my personal favorite being the ultimate cut). Whenever you sit down to watch the movie, you always get something different out of it, whether it’s the historical context, the social context (which is told through Doctor Manhattan’s perspective), the superhero context, or an amalgamation of all three. As a result, there is something for everyone in Watchmen, and that will result in this Zack Snyder opus living on for generations. While it will never replace what Christopher Reeve’s Superman gave us, it’s good to know that the genre can grow beyond that archetype, something that has been echoed in projects like Code 8. Although Zack Snyder is returning to his roots with a new zombie movie, fans will always remember the bold vision he brought to the superhero genre, and how that vision will impact comic book movies going forward.