Week 7 Recap of the 2021 NFL Season | Blowouts and Upsets 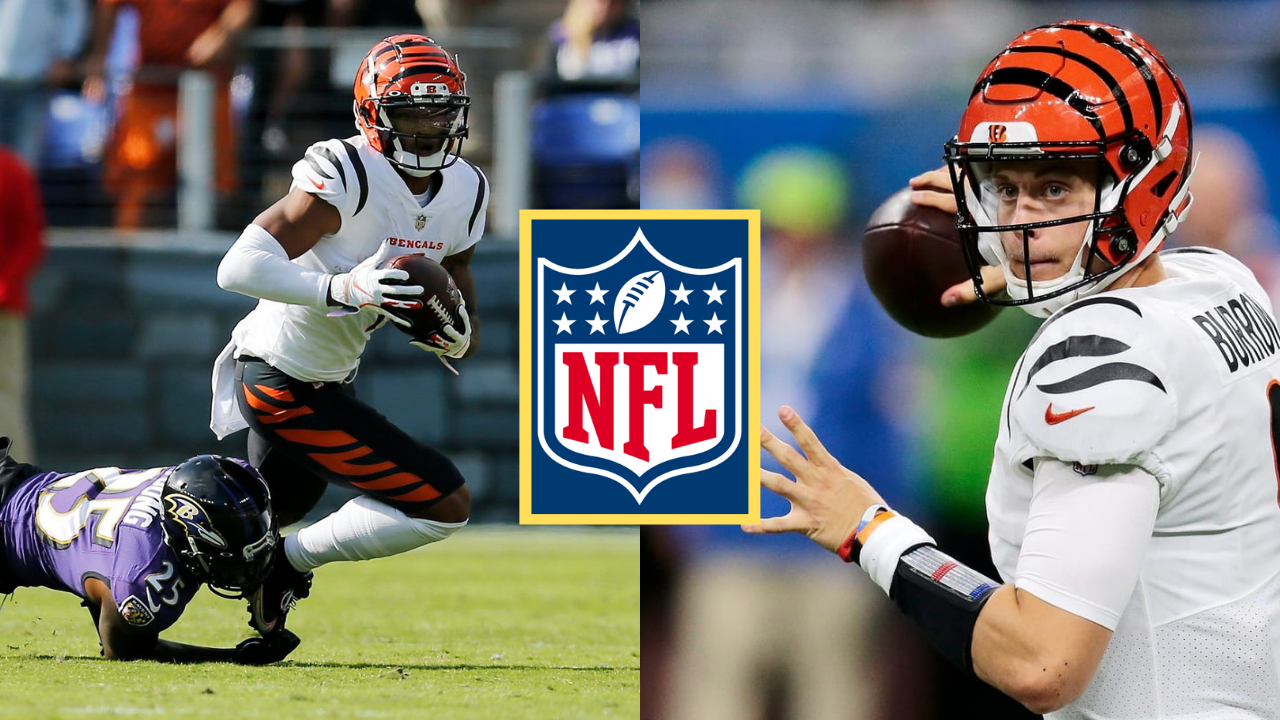 History was made this weekend. Tom Brady became the first quarterback in history to toss 600 TDs in a career, and some historic ass-whoopings were handed out. Plenty of teams missed out on the festivities, with Buffalo, Dallas, Jacksonville, the Los Angeles Chargers, Minnesota, and Pittsburgh getting the Week 7 bye. Most of those teams could have put up massive stats if the trend held true, and the Jags could have facilitated one.

With Baker Mayfield out for the foreseeable future due to a bum shoulder, Case Keenum got his first start since 2019 and did well enough for the defense and 3rd string running back D’Ernest Johnson, who ran for 146 yards to carry the Browns to a much-needed victory to stay alive in the AFC North.

The Broncos were anemic. Teddy Bridgewater had a pair of touchdown passes but didn’t get a whole lot going. For a division that looks like it could be up for grabs, Denver is playing down to its potential.

Sam Darnold got benched in favor of PJ Walker in the 4th quarter, long after the damage had been done. Each QB got turfed 3 times by the Giants’ defense, which only allowed a paltry 173 combined yards of offense from the Panthers. It wasn’t that Daniel Jones was all that great; it’s that it was a defensive clinic, and the Panthers were on the short end of it.

On a last-second field goal from Younghoe Koo, the Falcons pulled victory from the jaws of defeat in Miami. Matt Ryan is working really hard to get out of Georgia, throwing for 336 passing yards and 2 TDs – 163 of those yards going to tight end Kyle Pitts.

Tua Tagovailoa had a decent day for the Fins. 291-passing yards, 4 TDs, but the turnovers are killing him, tossing up a pair of picks. That, and the offensive line, that’s actually killing him.

The Packers took advantage of their last soft opponent by beating the breaks off the Football Teamers, getting after Taylor Heinicke for 4 sacks on D and not letting him get anything started for Washington. Sure, Heinicke WAS the offense for the day, but when you throw for 268 yards and rush for another 95, you’d think someone would chip in.

Jeopardy’s own Aaron Rodgers threw 3 TDs, and that was more than enough. You’d love to see the Pack have a ground game, but they haven’t really since the couple years of Ahman Green if we’re being honest. Remember Ryan Grant?

If I had a quarter for every time Bill Belichick made the Jets his personal blow-up doll, I wouldn’t be writing about the NFL; I’d own all of it. Like Bill, with the Jets.

Zach Wilson got knocked out of the game with a knee injury sustained early in the 2nd quarter when Pats linebacker Matt Judon fell on his legs after making a pass. He was replaced by Mike White (he looks exactly like how you would picture “Mike White” to look like, which is hysterical), who threw two picks and 202 yards with his first career TD pass. Something to remember the game for, besides the devastating circumstances through which the opportunity arose and the decimation by the Patriots.

Mac Jones broke the 300-yard passing mark, had 2 TD strikes to go along with Damien Harris and J.J. Taylor each getting 2 rushing TDs, and a trick wide receiver passing play from Kendrick Bourne to account for the major scores in this destruction of the other New York team. New England alone bested the total by 11.5 points; shocking, but not the most shocking result of the day.

Zach Wilson is expected to miss two to four weeks with a PCL sprain, so they picked up Joe Flacco from the Philadelphia Eagles on Monday to fill in, marking the second stint with the club.

Even before taking a knee to the dome, Patrick Mahomes was playing like liquified dog shit; it’s really something to see. He got replaced by Chad Fucking Henne. CHAD HENNE. Who arguably outperformed him? Nobody is carrying the ball; all they’re doing is dropping it. Did I say “they?” Because it’s just Mahomes, who put it on the turf twice, lost it once, and threw another interception. Someone needs to coax Willie Roaf out of retirement to help out on that O-Line; it’s despicable.

It wasn’t like the Titans were as good as they had been in previous weeks either. Derrick Henry didn’t break 100 for the first time in what feels like a decade (Week 1, but let the joke lay), and Ryan Tannehill was simply fine.

Andy Reid needs to get that team going; the AFC West is kind of goofy, so someone’s gotta step up.

These are the best two teams in the AFC North. The Bengals proved they deserve that moniker, and the Ravens had to have been hungover or something; talk about laying an egg.

The Joe Burrow show took place in front of the Baltimore faithful as he threw up 3 TDs and had his way with the defense. 416 passing yards, good enough for a career high for the sophomore, and two more rushing TDs from the boys in the backfield were more than enough to assert their claims to the crown in the North. Wideout Ja’Marr Chase was the benefactor of many of Burrow’s yards, racking up 201 in his early career. Guess they aren’t missing A.J. Green that much.

Lamar Jackson got put on his ass 5 times by the Bengals defense, throwing sub-.500 ball, still getting 257 passing yards and 88 rushing yards, but everyone else, especially the defense, was not really up for it today. You hate to see it.

In the post-Ertz era, the Eagles are the same team they were prior to his trade out of town. In the post-Gruden era, the Raiders are on a 2-game winning streak.

Derek Carr is really showcasing that MVP form he’s capable of whipping out on occasion. A hyper-efficient 31-34 for 323 yards with 2 TDs was aces from the stand-up guy, who has the best take on the Gruden situation.

Jalen Hurts didn’t play badly either, but it’s another one of those situations where the quarterback who tries to do it all ends up losing it all. 2 TDs and 236 through the air and 61 on the turf. But when you lack weapons, it’s a lonely world out there in the NFL.

Matt Stafford reminded his old team that they were the problem by putting up numbers that only Matt Stafford could. 334 yards passing and 3 TDs for the Lions’ 1st overall pick in 2009 – something he made a habit of for well over a decade.

Jared Goff reminded the Rams exactly what they traded away too – two picks and a ton of check downs. To be fair to Goff, he did start out strong, but after the opening score to D’Andre Swift, a pass he took 63 yards for, it was kickers only for the Lions. They did manage to trick the Rams on two separate occasions by successfully running a fake punt, so there’s that.

Like it said up top, Brady broke into the 600 TD club, where he sits alone. If Justin Fields hopes to sniff that lounge one day, he had best get to work.

This game was over before it started. Tampa scored 3 times before the end of the first frame. Brady had 4 total touchdown passes, and Blaine Gabbert came in to sweep up. Leonard Fournette had a good day on the turf; 81 yards and a score to make sure someone other than Tom will be on the stat sheet.

The previously mentioned Fields did throw 3 strikes… to the defense. But Khalil Herbert got into the triple digits rushing, so that’s something. Fields did get sacked 4 times as that brutal O-Line was exposed by a monstrous front-7 for the Buccaneers. It was even missing a few key players on that side of the ball (Richard Sherman [Hamstring], Sean Murphy-Bunting [Elbow], and Lavonte David [Ankle]).

The Bears will be without their head coach next week when they host the 49ers, as Matt Nagy has tested positive for the coof.

As if this result was ever in doubt, the only question was how bad the beating would be. Well, at least the Texans got to Murray in the end zone for a safety; that’s kinda cool, right?

After leading 5-0 to start the 2nd quarter, the Cardinals had their way with that Pop Warner team out of Houston. J.J. Watt had a single tackle in the first game against his old squad, whom he had a stinging critique of last week. The other newcomer, Zack Ertz, caught one of Kyler Murray’s 3 TDs that went 47 yards for his first score in the Red and White. Murray was sacked 4 times, so for those paying attention to those types of things, it’s an area of concern for the NFL’s lone undefeated squad.

You’ve got to respect the heart of Davis Mills to show up, knowing he’s going to lose week in, week out. The guy should get at least that much. The Texans suck.

It was absolutely pouring at Levi Stadium, but Carson Wentz could not be denied during that torrential downpour. He only threw for 150 yards, but two of the 17 passes went for touchdowns, and he also punched one in himself. Jonathan Taylor had a good day, too, scoring a touchdown and racking up 107 yards on 18 carries in the throwback game.

You wouldn’t know it from his performance, but Jimmy Garoppolo is playing for his job with young Trey Lance breathing down his neck. The pressure, or rain, got to Jimmy, throwing one score to two picks for only 16 completions. Elijah Mitchell had an identical stat line to Taylor – 18 carries, 107 yards, and a score. How often does that happen? Legitimately, I would love to know.

Alvin Kamara had a big game, essentially the offense at large for the Saints. While the running back only picked up 51 yards on the ground, he ended up getting 10 passes for 128 yards and a receiving TD. To Jameis Winston’s credit, while he didn’t have the best game, he didn’t turn over the ball; but it wasn’t for lack of trying. He fumbled the ball with 40 seconds before the end of the half, only to recover it and hook up with Kamara on his only passing TD of the game.

Geno Smith is not an NFL quarterback anymore. D.K. Metcalf tried hard to get something going, running for days on a huge 84-yard scoring play to kick off the game at the 5-minute mark in the 1st, but it was all over from there. The Saints defense got to him 5 times, linebacker Demario Davis specifically getting hands on him all 5 times, getting credit for 2. The score was close, but the game was well out of reach. Better see what Cam Newton’s up to.

Only two teams have the bye next week (Raiders and Ravens). The Ravens need it after the egg they laid to the Bengals, but the Raiders hope to stay hot once they head out to the Meadowlands to take on the depleted Giants in Week 9.

The Lions have a shot at breaking their winless streak against the Eagles, and the Cards look to stay undefeated when they host the Packers in the Thursday Nighter. Week 8 is on the way.