“The Passenger” begins with Dolores running yet another test on Bernard, and theorizing that since Arnold didn’t make it, maybe Bernard should be changed. Dolores lies next to Teddy’s corpse, ultimately leaving with his control unit. She comes across William and they ride together. Akecheta leads a caravan of hosts toward the Valley Beyond, as Charlotte and Clementine head their way to stop and kill them. Maeve is about to be decommissioned, but instead uses her powers to override every host in sight, including the bulls, who kill the humans. Hector and his crew find her and they join back up. A Delos crew try to stop Bernard but Dolores and William show up and kill them. Dolores reveals that she was tasked with creating Bernard. William shoots her but she’s fine and says that the hosts were created to survive. His gun malfunctions and he’s hurt. Dolores leaves him there, and heads into Akecheta’s door. In another timeline, the Delos employees walk to the door with Bernard, asking him why the hosts wanted to go there. Dolores and Bernard step into the Phase Space and see James Delos’ replica being tested. They come across a program that looks just like Logan, Delos’ son. He tells them that humans are extremely simple and unchanging, and that’s why the copies didn’t work; they were too complex.

Maeve, Lee and the others are searching for her daughter. Charlotte and her team are pursuing Maeve and hers. Lee stops Hector from facing the humans and instead shoots at them himself, urging the others to go on and get Maeve to safety. The program reveals that Arnold built a world just for the hosts and the door simply needs to be opened. The hosts run into the door, their physical bodies falling off a cliff. Charlotte releases Clementine, turning the remaining hosts into a fighting mob. Maeve stops them, but gets shot by the Delos team and dies while her daughter and Akecheta make it to the New World. Dolores destroys the controls in the Forge and Bernard kills her. However it’s revealed that Bernard regretted this decision, as all of the hosts died, and re-created Dolores in a copy of Charlotte’s body. Dolores/Charlotte kills everyone and leaves with Bernard. At some other point in time, the Delos workers are instructed to collect any hosts that can be salvaged, and it’s implied that Maeve is one such host. Bernard imagines Ford, now accepting that he’s gone for good, as he erases him from his own code. 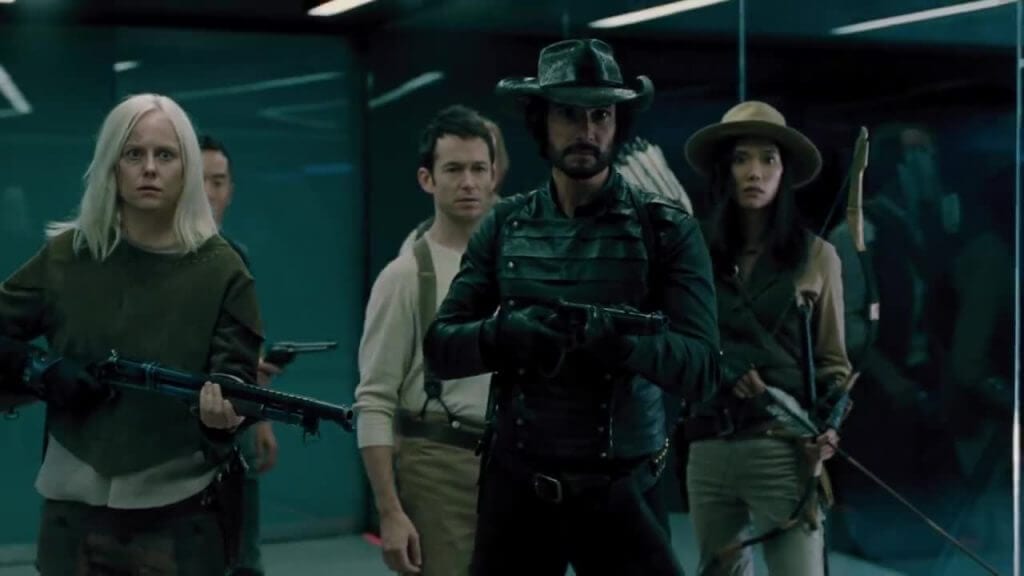 Season 2 of Westworld has been amazing from start to finish. I think it’s safe to say it’s been even more confusing than season 1, but even better in a lot of ways too. I kind of like that, strictly speaking, this finale didn’t even answer all of the questions the previous episodes raised; I’m still wondering about the sequence of a lot of this season’s events. While Maeve’s fate is left open, Dolores, Bernard, William and Akecheta survive in various ways. I really hope we can see more of Akecheta next season, though I don’t know how they could incorporate the New World into the show’s storyline. He does end up being right about Dolores not being meant for the Valley Beyond. I like that she re-directs its location so as to protect them from the humans.

William isn’t in “The Passenger” very much, all things considered, but I love his scenes with Dolores. I tend to agree with him at this point; Dolores has become a lot like him. She’s ruthless and violent, and cries for her to show mercy fall on deaf ears. She still presumes claim to some kind of moral superiority, but it seems ludicrous after all she’s done. Dolores started out with good intentions, but morally speaking, she’s become as bad as any of the humans and the worst hosts. I do wonder if she’ll use the host control units in her bag to bring back Peter and Teddy, as well as who else she may have in mind. She could use Charlotte’s body to parade as one of Delos’ leaders and have pretty much unbridled power so long as she can keep the act up. I also quite like the scene in the Forge when the program points to William’s copy as an example of an irredeemable character; makes me feel even sillier for thinking he might be redeemed earlier in the season.

The storyline I was most interested in was Maeve and her friends. They’ve ended season 2 and she still isn’t with her daughter! When Clementine first showed up I was afraid Maeve would run to her, but she must have been able to tell something was wrong. I also wondered why Maeve didn’t try to stop the hosts sooner. It was horrible watching her get killed, but it’s very noble of her to try to stop the fighting and let the others escape into the Valley. I believe and hope she’ll be back; I love all of the main characters on this show, but Maeve and Bernard have probably become my favorites by virtue of Dolores turning into a dirtbag. 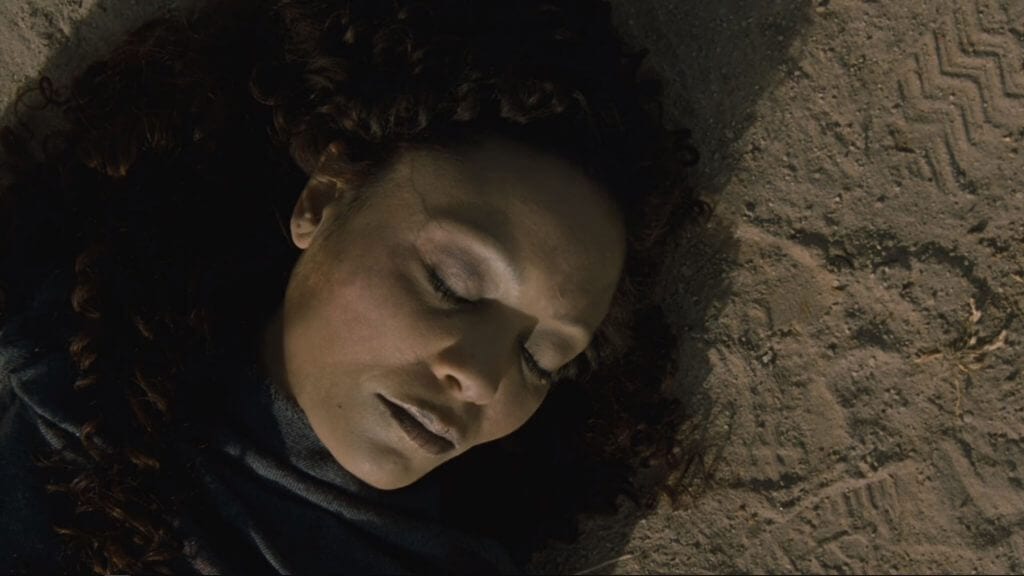 I appreciate that they made “The Passenger” longer. It really feels like watching a movie, and the way the story progresses and comes together is amazing. The music in this episode is even better than usual, the visuals are amazing and, of course, the cast are all wonderful from start to finish. Westworld is just a show that never ceases to outdo itself, and I’m always left floored at its quality and the turns in the plot. I never thought I’d willingly have an existential crisis once a week, but Westworld asks a lot of heavy questions. Personally, I don’t accept that people can’t change and are on a set path, but it’s a fascinating, if cynical, point of view to take.

In a series full of amazing episodes, “The Passenger” takes the cake. “Kiksuya” is my personal favorite episode so far, but “The Passenger” is so grand and cinematic that I would say it’s the one I consider the best, technically. I can’t wait for Season 3. Heck, I can’t wait for this season to hit DVD so I can watch it over and over again and maybe understand some more of it. Westworld is my favorite show on TV, and quite possibly the smartest and most challenging series out there. This season’s finale managed to meet and exceed my expectations, and I think it’s a must-see.

In a series full of amazing episodes, “The Passenger” takes the cake. “Kiksuya” is my personal favorite episode so far, but “The Passenger” is so grand and cinematic that I would say it’s the one I consider the best, technically. I can’t wait for Season 3. Heck, I can’t wait for this season to hit DVD so I can watch it over and over again and maybe understand some more of it. Westworld is my favorite show on TV, and quite possibly the smartest and most challenging series out there. This season’s finale managed to meet and exceed my expectations, and I think it’s a must-see.