Home  /  Entertainment  /  Movies  /  Why Bowser’s Voice in The Super Mario Bros. Movie is a Bigger Issue Than Mario’s

Why Bowser’s Voice in The Super Mario Bros. Movie is a Bigger Issue Than Mario’s 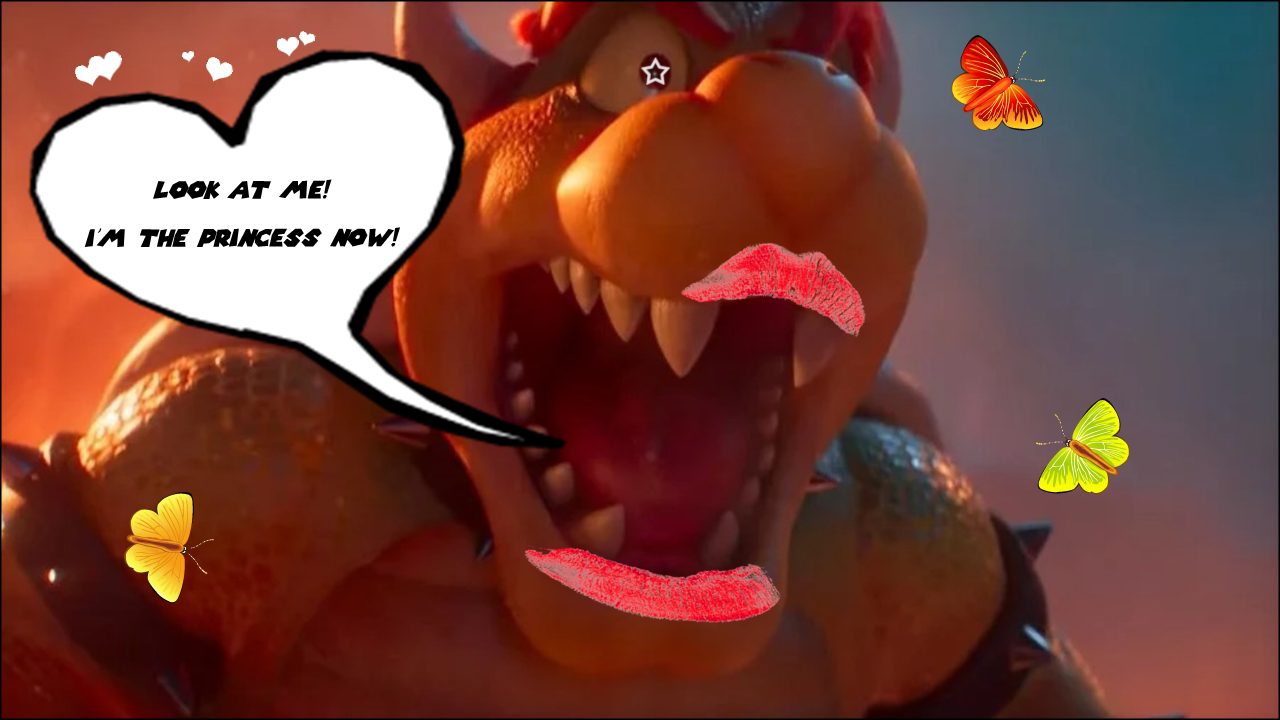 Yes… Bowser’s voice is the biggest concern in this movie.

Many seem to have a huge problem with Mario’s voice in The Super Mario Bros. Movie, releasing in 2023. If you’re one of these people, you’d be forgiven for allowing Chris Pratt’s attempt at voicing the red-dressed plumber to overshadow a bigger voice concern in the film.

This may be a controversial and uncommon opinion, but Bowser’s voice (Jack Black) is a much bigger problem. Sure, hearing Chris Pratt as Mario for the first time is a bit jarring, but watch the teaser trailer a few times and tell me it isn’t Bowser’s voice that starts to stick out like a hitchhiker’s thumb with each successive viewing.

Chris Pratt REALLY hyped up the “accent” he used for the role, and I think the hype is part of the problem. That being said, if you think logically about how a two-hour, blockbuster Mario movie might work, you can’t honestly expect to hear “It’s a me-a, Mario” and “Where’s-a the princess-a” throughout the film. Put that Italian accent onto all the character’s dialogue and add a very high pitch, and I think I understand why the voice is how it is for a huge movie like this. That still doesn’t excuse NOT hiring Charles Martinett, however; they could have simply asked him to soften the accent.

Now that you have my opinion and run-down on why Mario’s voice isn’t so bad, let me give you my view on Bowser and why I believe his voice will not only be the bigger issue but will continue to be as time goes on.

Bowser has always been a fierce character and villain in the Mario Bros. series. This includes not only the video games but the cartoons of the 80s and 90s. His voice (the little we get) continues to become more and more menacing with each new Mario game, even as Mario grows more lovable and innocent (cat Mario, anyone?). However, I’m seeing more of a step-back for Bowser in his latest movie. Hell, at this point, I’m willing to say even Dennis Hopper’s “King Koopa” is more menacing as far as his voice is concerned. (I told you this would be controversial, didn’t I?)

So, Mario’s voice may very well be jarring for the first couple of viewings of the trailer, but Bowser’s continues to stick out after every one. I just can’t get over how menacing his screams are, just like they were in the games, and then all of a sudden, Jack Black’s higher-pitched speaking kicks in and completely erases any aggression in the character. This detail could be the one thing that continues to be a bad mark on the movie even as time goes on, and that’s why I believe Bowser’s voice is the bigger issue.

In no way do I believe this movie will tank. I think Nintendo learned from the 1993 Super Mario Bros. movie, and it seems they have a lot more control over the direction of the 2023 film. I do think Nintendo is trying to balance this movie, and I totally get some of the questionable choices in voice acting; however, I still believe Bowser’s voice will, ultimately, be the worst part of the movie when it’s all said and done.

Some may think I’m being too picky, but that’s how we are with the things we’ve grown up with and still love to this day. I want The Super Mario Bros. Movie to do well; after all, this will hopefully lead to a Zelda movie (or insert YOUR favorite Nintendo IP) in the future.