Why Changing the Race of Hermione Granger is Virtue Signaling 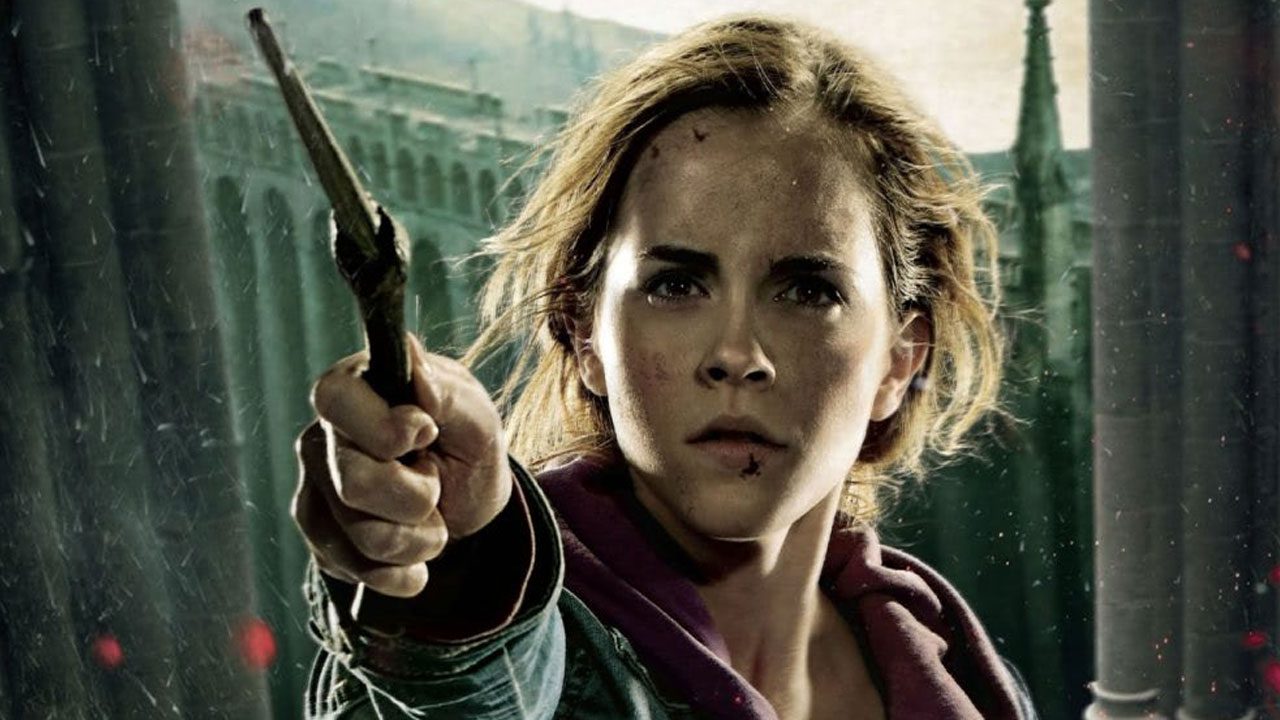 It’s been over a decade since the last Harry Potter film premiered back in 2011, and the last book came out fifteen years ago in 2007, yet in 2022, it is still one of the most popular fandoms. Back in 2015, Harry Potter author J.K. Rowling announced that a new play, Harry Potter and the Cursed Child, would open the following year in London, England. Soon after, the casting list was announced, and people were surprised that the actress playing Hermione Granger would be Noma Dumezweni, a black woman. Now, if Hermione had always been a black person, this wouldn’t have been a problem to anyone, as she was already an established character. 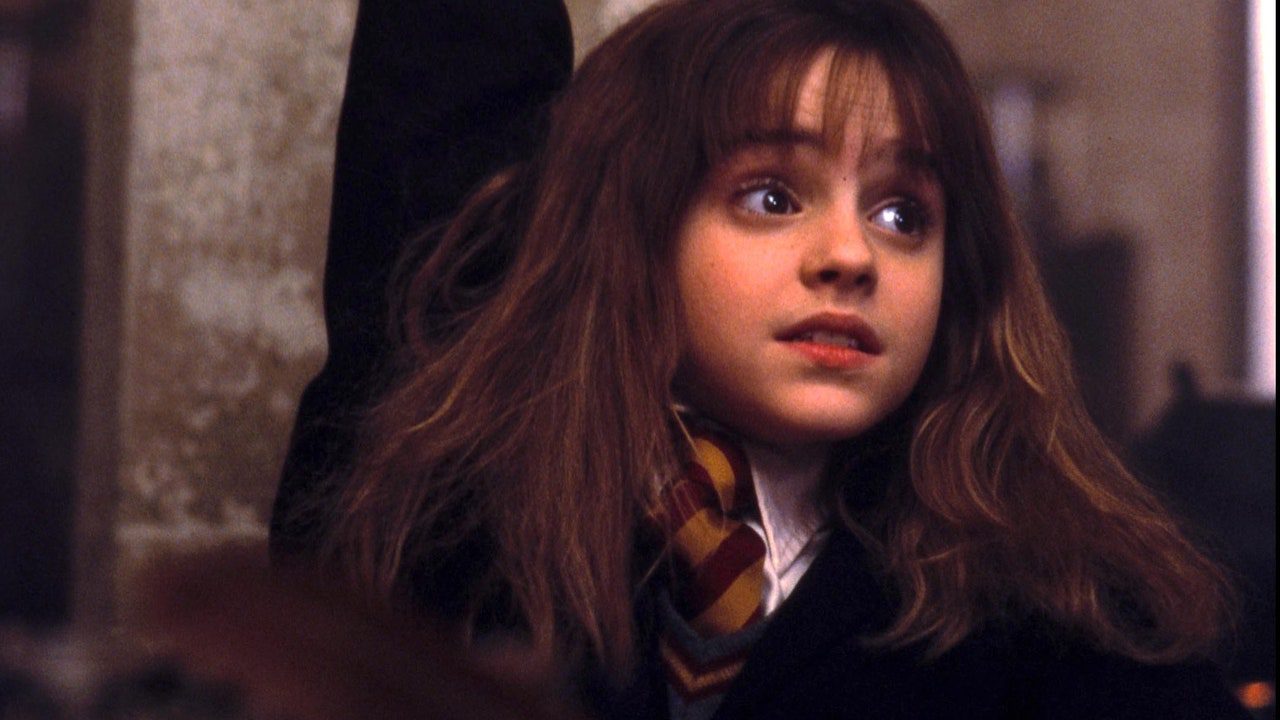 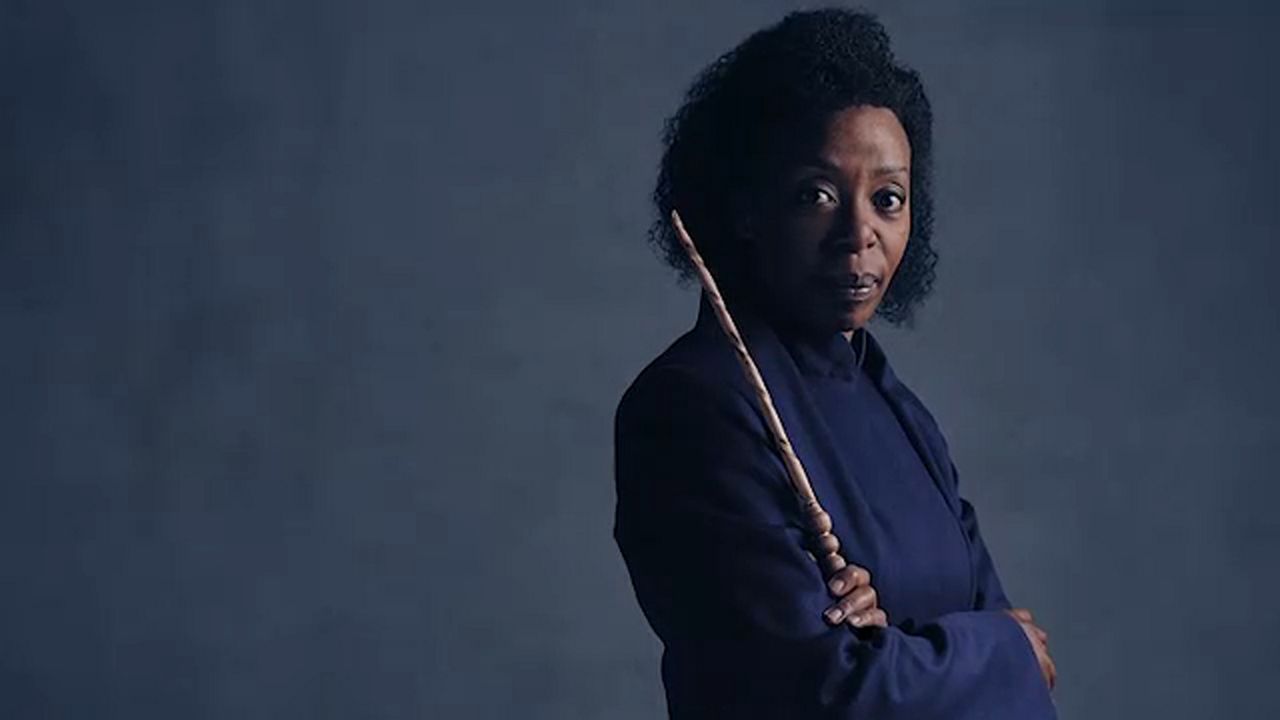 Prior to the films even being in development, J.K. Rowling had drawn multiple sketches (see below for one example) featuring Gryffindor students: (from left to right) Neville Longbottom, Ron Weasley, Harry Potter, Hermione Granger, and Gary Thomas, whose name was later changed to Dean Thomas before publication. Dean Thomas was described as a “black boy” in the very first book, Harry Potter and the Philosopher’s Stone (or Harry Potter and the Sorcerer’s Stone here in the USA). J.K. Rowling purposely shades in “Gary” to show that he is indeed black. Hermione is not shaded in at all and is the same shade as Neville, Ron, and Harry. The sketch was released worldwide and posted on her official website back in 2004. The site has since been revamped. 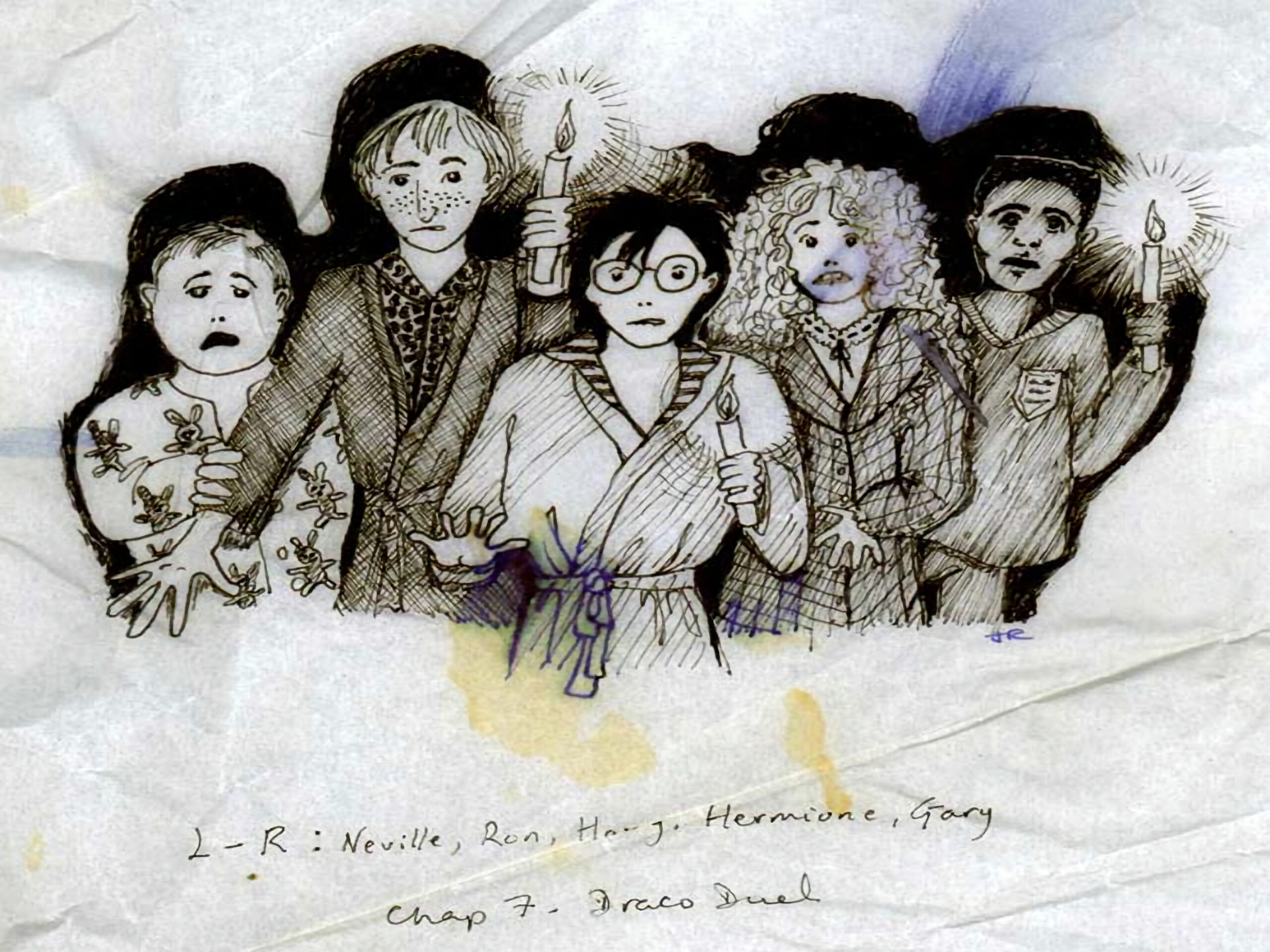 In addition, J.K. Rowling had said in 1999 that she based Hermione loosely on her younger self and that Emma Watson was the perfect Hermione because she “was Hermione.” Unless J.K. Rowling is now identifying as a black woman, she refers to Hermione as being white. This proves that, prior to the “woke” trend, Hermione was always white in J.K. Rowling’s mind.

So why this sudden change?

In 2000, no one would have blinked an eye at a black Hermione. Some might have been a bit surprised as they didn’t picture her as black, but within a week, no one would have cared! However, this didn’t happen, and an overwhelming majority of the fans enjoyed Emma Watson as Hermione. Anyone can relate to a character regardless of their color or creed. Even that lazy co-worker you despise will have something in common with you. But for some strange reason, in today’s entertainment, race, gender, and sexuality are the only features that make up a character. That is their sole identification.

After eight films of Emma Watson as Hermione Granger, it was shocking to see anyone else play Hermione, let alone someone of a completely different race, and now Rowling states that she never mentioned Hermione’s skin color. She tweeted back in 2015 that Hermione had “brown eyes, frizzy hair, and [was] very clever.” However, she did, in fact, mention Hermione’s skin color on several occasions.

In today’s society, everything is deemed racist, so it would be hard to imagine that Rowling would describe a black woman looking “very brown” after summer vacation, as she described Hermione in chapter four of Harry Potter and the Prisoner of Azkaban and then again later on in chapter twenty-one of the same novel, saying, “Hermione’s white face was sticking out from behind a tree.” Imagine the uproar of saying that a black woman’s face had turned white. And why bother stating the shade of Hermione’s skin if she was already described as black? The notion would be canceled into oblivion.

Furthermore, Rowling even said that “Noma was chosen because she was the best actress for the job.” That may very well be true; she could have been the best actress for the job, and no one is denying she is a fine actress. However, selecting a black actress as Hermione based on performance in every play in Canada, the USA, and Australia seems a bit improbable, considering that white people make up a higher percentage of the population in America! In 2020, white people made up over 60% of the census. Not to mention that Ron and Hermione’s daughter, “Rose Weasley,” is now also black, played by various black actresses across the globe. It seems that this decision of changing Hermione’s race was simply a public relations and diversity stunt. Below is a photo of Rose from the film Harry Potter and the Deathly Hallows Part 2 and the play Harry Potter and the Cursed Child. Rose’s younger brother, Hugo Weasley, is not even in the play. 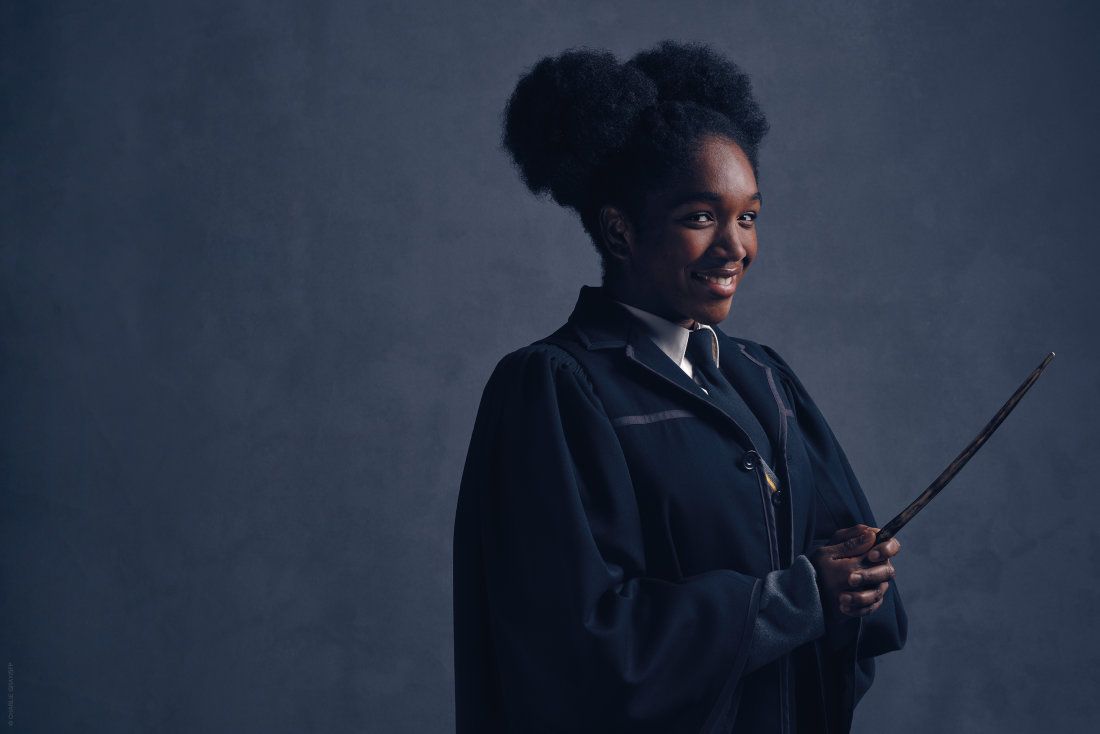 Now, why is this such a big deal? Well, this seemed to start a very popular trend – or, rather, encourage an already existing but quiet trend: removing white people from entertainment; race-swapping and gender-swapping characters for the sake of diversity, even if the characters were famously established for over ten years is quite popular now. At this point, Rowling is playing identity politics with beloved characters simply to appease the far left, whose voices are incredibly loud thanks to Twitter.

Rowling always mentioned the ethnicity of secondary characters such as Angelina Johnson, Lee Jordan, Kingsley Shacklebolt, Padma and Parvati Patil, and more! If people wanted a larger focus on minorities, why not focus on already-existing and established characters? Dean Thomas was mentioned quite often in the books, sticking up for Harry Potter against Dolores Umbridge in Harry Potter and the Order of the Phoenix “‘Well, it’s like Harry said, isn’t it?’ said Dean. ‘If we’re going to be attacked, it won’t be risk free.’” He was so brave that he even came to fight at the Battle of Hogwarts in the last novel, Harry Potter and the Deathly Hallows, without a wand, his only protection against Voldemort and his followers! In the film Harry Potter and the Deathly Hallows Part 1, Dean is completely cut from Malfoy Manor, where he was imprisoned with Luna Lovegood, Ollivander, and Griphook the goblin. Yet this was brushed aside to make way for more important scenes – understandably so, as Dean wasn’t a main character. However, what would happen if people paid more attention and gave some thought to existing characters? Why not include Dean Thomas in The Cursed Child?

Could it be that people do not believe that an established black character can be as popular as an established white character? Could this be why white characters are constantly being race-swapped? And when the character is changed to fit an agenda, it is called “stunning” and “brave” even though it is just cheap and lazy writing. I’m honestly not sure how enough people aren’t offended by this racist trend. If you disagree with race changing an existing character, at the very least, you’re called a racist. People have known these characters for decades and love them to pieces! Then out of nowhere, they are changed because it is more important than creating new and original characters for people to admire? It seems we’ve lost our way on what is actual storytelling and what is just blatantly poor creativity.

I may disagree with Rowling’s opinions on various topics, but she improved my reading skills, created a world for billions of children to escape to, and has saved many lives. She will always have my respect. But on this take, I respectfully and strongly disagree with her virtue signaling.

Anti whitism at its finest. Establish well written and fantastic characters then have them race/gender swapped because dIvErSiTy.