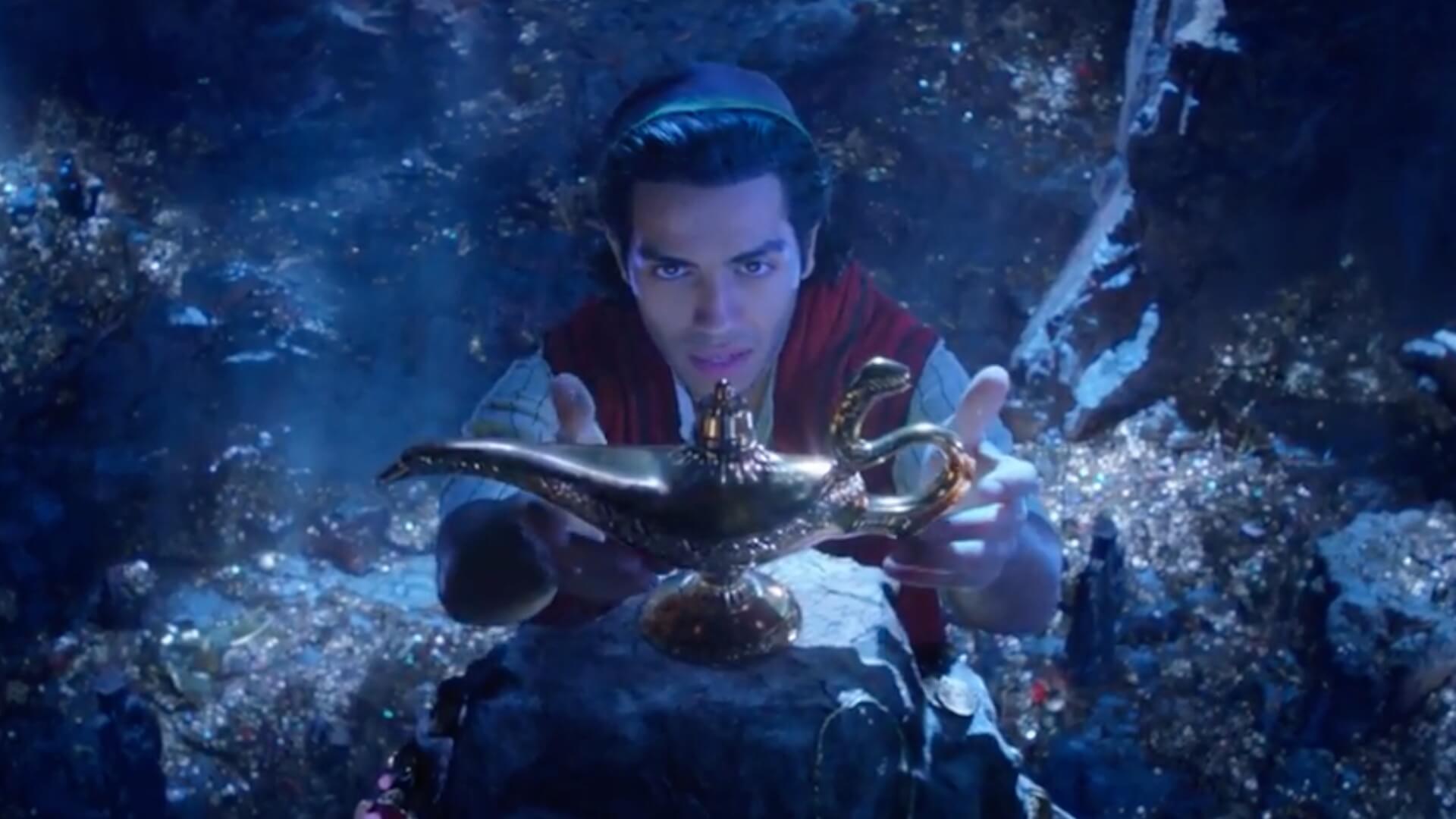 Carpets, magic, and monkeys, oh my! For most kids of the nineties, Aladdin was a seminal movie. I remember being six years old and going to Disneyworld, completely myopic about meeting the beloved street-rat. I had been watching the first two films on repeat, completely unaware of all the behind the scenes chaos with Robin Williams or why there was something different about the look of the first sequel, The Return of Jafar, although my six-year-old brain couldn’t quite figure out why. I remember later that year when my mom took me to the Disney Store to buy two copies of the new Aladdin movie,  Aladdin and the King of Thieves. I didn’t know much about it at that time, except for the fact that Aladdin’s dad, Cassim, was going to be in the movie. Aladdin’s Dad. That very idea excited me and opened up, ahem, a whole new world of possibilities. With Jafar finally defeated, the story would be able to move forward by, well, going backwards and adding significantly more depth to our beloved hero. Yet the fact that it was over didn’t really register with me until the merchant closed out his latest rendition of “Arabian Nights” with “Well, Salaam/ Worthy friend/ Come back soon, that’s the end…”

The end. I had a lot of trouble accepting that. In many ways, Aladdin and the King of Thieves served as the first series finale I ever witnessed. Some of my first internet searches, aside from things about Dragon Ball Z,  concerned Aladdin. I hoped that there would be some kind of continuation, even if it were merely about the adventures of Cassim and Iago, the latter of whom had joined with Aladdin’s father at the end of King of Thieves as he leaves Agrabah for parts unknown. Through all of this, I constantly wondered what a live-action Aladdin would be like. How awesome would Aladdin look on the magic carpet as they tried to escape the collapsing Cave of Wonders? So when Disney began remaking several of their animated classics, I wondered when they would announce a live-action Aladdin. Given the fact that most of the films they were greenlighting were several decades old, I didn’t think they’d touch Aladdin for another decade at least.

When it was announced that Guy Richie was going to direct the film, I wasn’t just excited as a die-hard Aladdin fan but also as a huge Guy Richie fan. The Godfather of the so-called cockney gangster genre, Richie had begun to transition into blockbuster fare such as the Sherlock Holmes films (the first one being a personal favorite I will likely be championing until I’m on my deathbed), the underrated Man from U.N.C.L.E. and the failed franchise starter King Arthur. Despite this transition, Ritchie retained his signature style and humor while embracing the blockbuster vernacular. With Ritchie aboard as the director of Aladdin, a key detail about the film was bought into sharp focus, something I had never considered as a child laughing at the Genie’s antics. From a certain point of view, Aladdin could be seen as a crime film; after all, Aladdin’s first scene has him running from the guards for stealing. With the rumors that the live-action movie is going to have Aladdin running with a crew, it’s good to know that a signature Ritchie plot point is going to make its way to a Disney film.

Of course, there is one question mark in all of this: the music. Much to my everlasting joy, the trailer used the musical cues from the animated film, something that will no doubt be used in the movie as well with Mr. July himself, Will Smith, as the Genie. To the best of my knowledge, Guy Ritchie, while having quick, adrenaline-pumping scores in his films, has never actually directed any musicals. One of my greatest pleasures as a cinephile is watching creatives stretch themselves into different territories, and it doesn’t get more different than a musical. I’m looking forward to seeing what he comes up with.

With the aforementioned Fresh Prince aboard as the Genie, the casting for this movie is the only thing that has me almost as excited as Richie directing. There’s a host of exciting, relatively unknown talent starring in this film, from Mena Massoud as Aladdin to Naomi Scott as Jasmine. The latter is particularly appealing to me, not only because I really liked her as Kimberly in Power Rangers, but because I always enjoy when creatives I have been following for a long time get their big breaks. In Ms. Scott’s case, it was the criminally underrated 2011 Fox drama Terra Nova (which, in my opinion, would’ve stood a much better chance of being successful if it had been released closer to the resurgence of the Jurassic Park franchise, but I digress). I don’t know much about the other actors involved (former Homeland actor Navid Negahban aside), and that’s what makes this even more exciting. Embodying iconic roles like Aladdin and Jafar is an opportunity for unknown actors to create new fans who will follow them from one project to the next – something that Cinderella’s Lilly James has no doubt enjoyed over the last couple of years since staring as the iconic Disney Princess.

I have to admit that there is one bittersweet note to all of this. Over the years, there was talk that instead of an Aladdin movie, there was going to be a Genie movie. There was speculation that Disney was going to try to get Robin Williams back as the Genie, or at least some of the recordings he had done for the character. The death of Williams in 2014 made this an impossibility. Robin Williams is irreplaceable, and I’m sure the legendary comedian will be smiling down on us as we all go to the theater next summer.

Guy Ritchie’s Aladdin is a film brimming with possibilities. With Richie’s style, a cast of fresh faces anchored by the charismatic Will Smith, and a soundtrack of unforgettable music, Disney’s Aladdin has all the makings of a magical new classic.