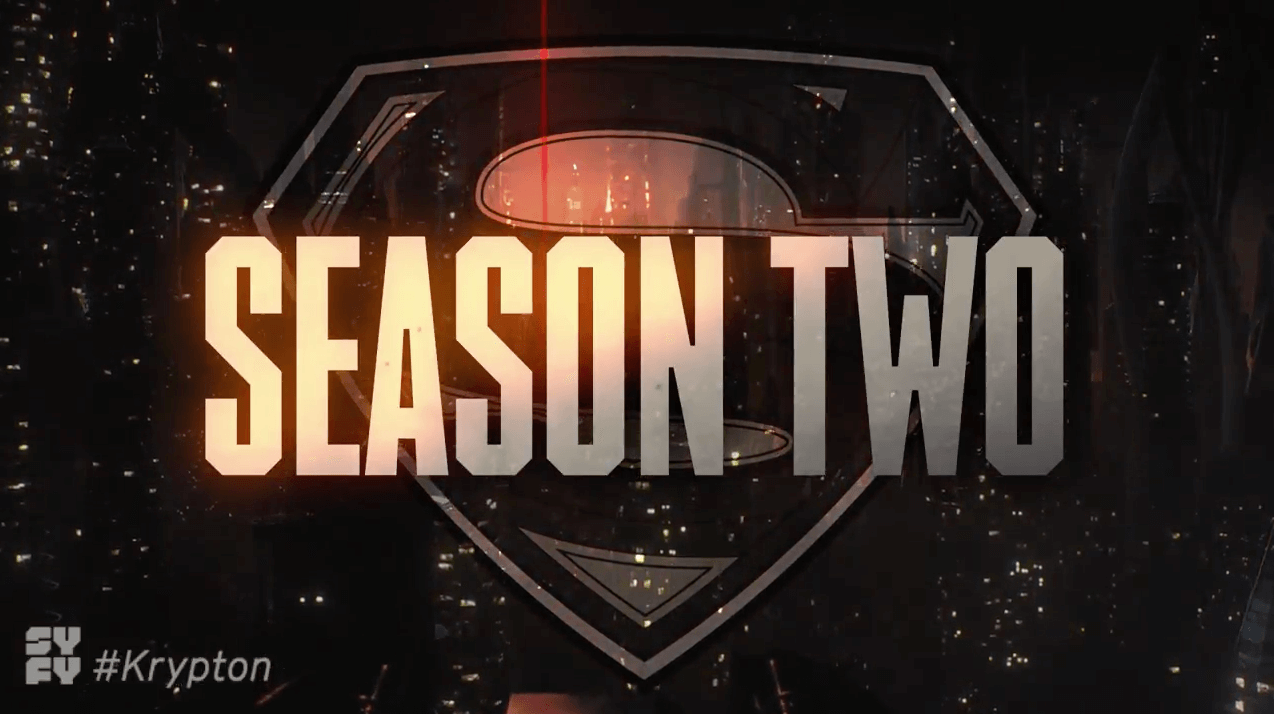 Ever since Super Friends, I’ve been a fan of the DC heroes, most especially Batman and Superman. While I’m partial to the former, I’ve always had a sentimentality about Superman, due in part to the character’s iconic 1978 film starring the late, great Christopher Reeve. With The Godfather star Marlon Brando receiving top billing as Superman’s father Jor-El, I could never get enough of this Richard Donner-directed classic. The regalia and the mythical nature of Krypton fascinated me, and I wanted to know more. My wish was granted in spades via Kevin J. Anderson’s The Last Days of Krypton. I’d often hoped they would bring the book’s story to the screen; little did I know, the writer of Man of Steel, David Goyer, would bring us a brand new Superman prequel that would dive deep into the lore of his home planet. I will admit, however, that I was not too keen on the show at first. After reading the aforementioned novel, I had my heart set on a series about Jor-El, so the idea of a series about Seg-El, Superman’s grandfather, seemed strange to me.

That being said, I was willing to give the show a chance. After all, this meant that David Goyer would get another shot at a comic book television show after NBC’s Constantine and Spike’s short-lived Blade: The Series. I was really excited to see what he would come up with. Add in Sanctuary’s Damian Kindler as showrunner and Goyer’s Da Vinci’s Demons alumni Elliot Cowan as Daro-Vex and Blake Ritson as Brainiac, and this became one of my most anticipated series. Right from the first episode, we got a bold new interpretation on the house of El, with Superman’s biological family being exiled for suggesting Krypton was not alone in the universe. From here, we were introduced to the concept of the Rankless, people who did not have a place of importance in Kryptonian society. This was one of several key elements I found fascinating with the show, as it allowed the series to embrace the tenants of science fiction world-building while still staying true to its comic book origins. Adam Strange, in his first live-action portrayal, comes from the future to search for Seg, armed with a broken zeta beam device and Superman’s cape.

I love James Marsters in the role on Smallville, but they were never going to do that on a WB/CW show at the time, so I’m happy that Brainiac is finally getting his due on the screen. However, using Brainiac enabled the show to stay grounded despite being centered on some of Superman’s cosmic enemies. While it may seem frustrating that we didn’t get much in the way of interplanetary travel this season, some of the best science fiction isn’t about traveling the universe but rather exploring the ramifications of life on a distant planet. Aside from the Rankless, the Voice of Rao is a great example of this and showcases the dangers of sycophancy. This is a trope that has been used many times in science fiction. It was through this story that different family relationships were explored, the most intriguing of which surrounded the Zods.

Throughout his screen history, we’ve seen the iconic General Zod only as Superman’s arch-enemy. Thanks to Krypton, we’ve gotten to see more about his lineage and what the name Zod meant to Krypton generations before the general decided to overthrow the council in Man of Steel. I particularly enjoyed how the Zods incorporated an interesting nod to the iconic line saying that the “Zods kneel before no one.” Then there was the relationship between Lyta and Seg. The idea of a romantic relationship between a Zod and an El is an interesting twist on the mythology, almost playing up a Romeo and Juliet parallel to an extent. One could argue that Jaina’s hatred toward her daughter’s lover is a precursor to the rivalry in the families’ future, one that Strange alludes to when they run across the general himself.

As box office juggernaut Avengers: Endgame has shown, time travel is always a tricky prospect, but can also lead to some rich narrative possibilities. This is no less true for Krypton; it was fun watching everything unfold as several of Adam’s chickens come home to roost. Seg shuts him out after the general is revealed, and Adam is more or less on his own with his mission for the rest of the season. It is through this fracture in the relationship that we get to see how Superman inspires people regardless of whether they have powers.  Adam believes in the hope Superman represents so much that he is willing to allow Krypton to die. Goyer’s first seasons always tend to end on a humdinger of a finale. While many shows do this, there’s something about a David Goyer produced show that just seems to have more of a pop to me. This is never more apparent than on Krypton, as Zod (who says the words we’ve all been waiting for since he debuted on the show) has finally taken over Krypton, and Doomsday, who’s been teased throughout the season, is finally on the way. The fact that the second season will also debut the first live-action portrayal of Lobo only raises my anticipation for Krypton’s next chapter. The first season of Krypton has been a really nice surprise. With new takes on established comic book lore and outstanding world-building, this is a show I hope continues for several years. I can’t wait to see what the creators have in store when the show returns June 12th.