Why I’m Excited: Scooby-Doo! and the Curse of The 13th Ghost 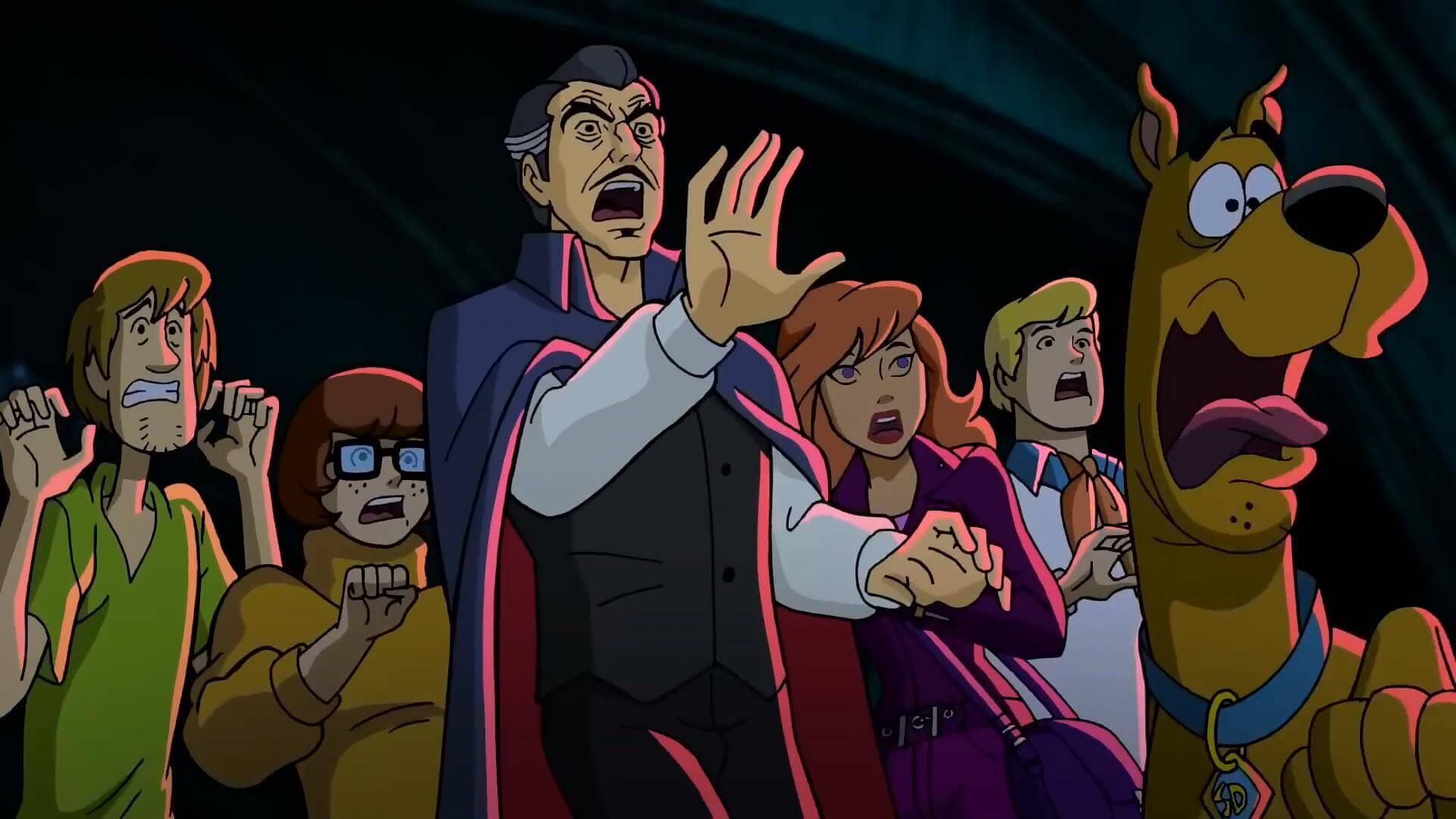 I’ve always been a big fan of Scooby-Doo. I remember always watching the Scooby -Doo cartoons throughout the week and checking out whatever Scooby-Doo movie was on Cartoon Theatre (especially on Halloween for the Shaggy-centric Scooby-Doo and the Reluctant Werewolf). While Scooby-Doo was never exactly scary to me, I loved the characters, especially Scooby and Shaggy, not to mention the genre mash-up of detective and horror, which never really registered with me until I was older. One of the coolest things about the franchise is that each season is always something different. I especially loved the Scooby-Doo “movies” season because the episodes served as windows into the pop culture of that era, whether it was celebrities like the Harlem Globetrotters or even a cameo from the Dynamic Duo, voiced once again by Adam West and Burt Ward. To keep each iteration fresh, there were various times when the team dynamic would be shaken up, something that initially really bothered me. After all, I had thought, how could you have Mystery Inc. without Fred and Velma?

Yet in the 1980s, that’s exactly what they did, eventually culminating in the progenitor of this week’s subject, 1985’s The 13 Ghosts of Scooby-Doo. With this being the final season of what was considered the first run of the series, I feel that this version is often forgotten. It’s even the series’ shortest season at, you guessed it, thirteen episodes. The conceit of this version was simple: Scooby accidentally unleashes thirteen ghosts and Shaggy, Scooby, Scrappy, Daphne and new character Flim-Flam are sent by magician Vincent Van Ghoul, played by horror icon Vincent Price, to retrieve them. I’ve thought a lot about why I connected with this version of Scooby-Doo so much, and I think it has a lot to do with the fact that this season was more serialized than any other iteration up to that point. Other than the 2010 reboot Mystery Inc., I can think of no other that had an overarching narrative. When it ended with only twelve of the thirteen ghosts caught, I was upset and would constantly run through the episodes wondering if I missed something. I laugh about it now, but as a nine-year-old watching Scooby-Doo reruns, I couldn’t fathom why they would cancel something before the story was finished.

Unfinished as it was, though, there was plenty more Scooby-Doo material to watch and enjoy, like my personal favorites Scooby-Doo and the Reluctant Werewolf – which, as I have previously written, is my go-to movie on Halloween – and Scooby-Doo on Zombie Island. The latter was particularly important, as it began a line of direct-to-video features that have continued to this day. Granted, I feel as though recent Scooby-Doo movies have become glorified promo items for other brands, but it can be argued that the films now have more in line with the older Scooby-Doo movies. For instance, in Scooby-Doo on Zombie Island, the plot concerned Mystery Inc. initially disbanding and going their separate ways, only to reunite for Daphne’s new show. You can tell that there was still a lot of affection between the team members, something that, when they disbanded in the first live-action film, was done away with to needlessly create “drama” for the plot.

Zombie Island and several of its successors kept the focus on the team and not whatever celebrity was coming in for that film. While it was fun for me as a kid, as an adult, I’ve started to see those celebrity appearances for what they were: glorified cash grabs. Don’t get me wrong; I love John Cena and Bobby Flay. But I’m not so sure I need to see them in the latest Scooby-Doo animated feature. It is for this reason that, as much as I loved series when I was a kid, it eventually kind of dropped off my radar. Yes, I would occasionally catch them on cable whenever I had the time, but I no longer made an effort to seek them out, due to a lack of narrative quality and just plain growing up. Despite this, whenever they would pop up on TV, I would always feel the pangs of nostalgia and sit down with Mystery Inc. again, particularly during the Halloween season with Scooby-Doo and the Reluctant Werewolf. As much as I didn’t like the way celebrities were used in the Scooby-Doo films, I would take solace in the fact that the gang was still the gang, despite a few changes to the primary voice cast (most notably the live-action films’ Shaggy, Matthew Lillard, taking over for the legendary Casey Kasem in 2010, something for which I feel he does not get enough credit).

Then they announced Scooby-Doo! and the Curse of the 13th Ghost. At first, I thought it was going to be a remake of/homage to that season of the series. I was really happy as, in my opinion, The 13 Ghosts of Scooby-Doo did not get enough credit. But when I watch the trailers and look deeper into the movie, it’s clear that this is going to be a sequel to that original storyline, except this time Fred and Velma are going to be coming along for the ride. Obviously, there’s going to be a lot of recasting done, most notably to the character of Vincent Van Ghoul, but I’m more than OK with that if it means we’re going to get a conclusion to what is arguably Scooby-Doo’s first serialized set of stories.

Scooby-Doo! and the Curse of the 13th Ghost is a chance to close out one of the franchise’s most underrated chapters. Although it won’t be exactly the same as the original, it looks as though it will do justice to the show’s legacy. While I haven’t gone out of my way to watch Scooby-Doo in a long time, I will definitely be renting this one when it comes out on February 5th. I can’t wait to watch Scooby and the gang chase down the final ghost and finish what was arguably the franchise‘s first ongoing storyline.