Why I’m Excited: Spine of the Dragon 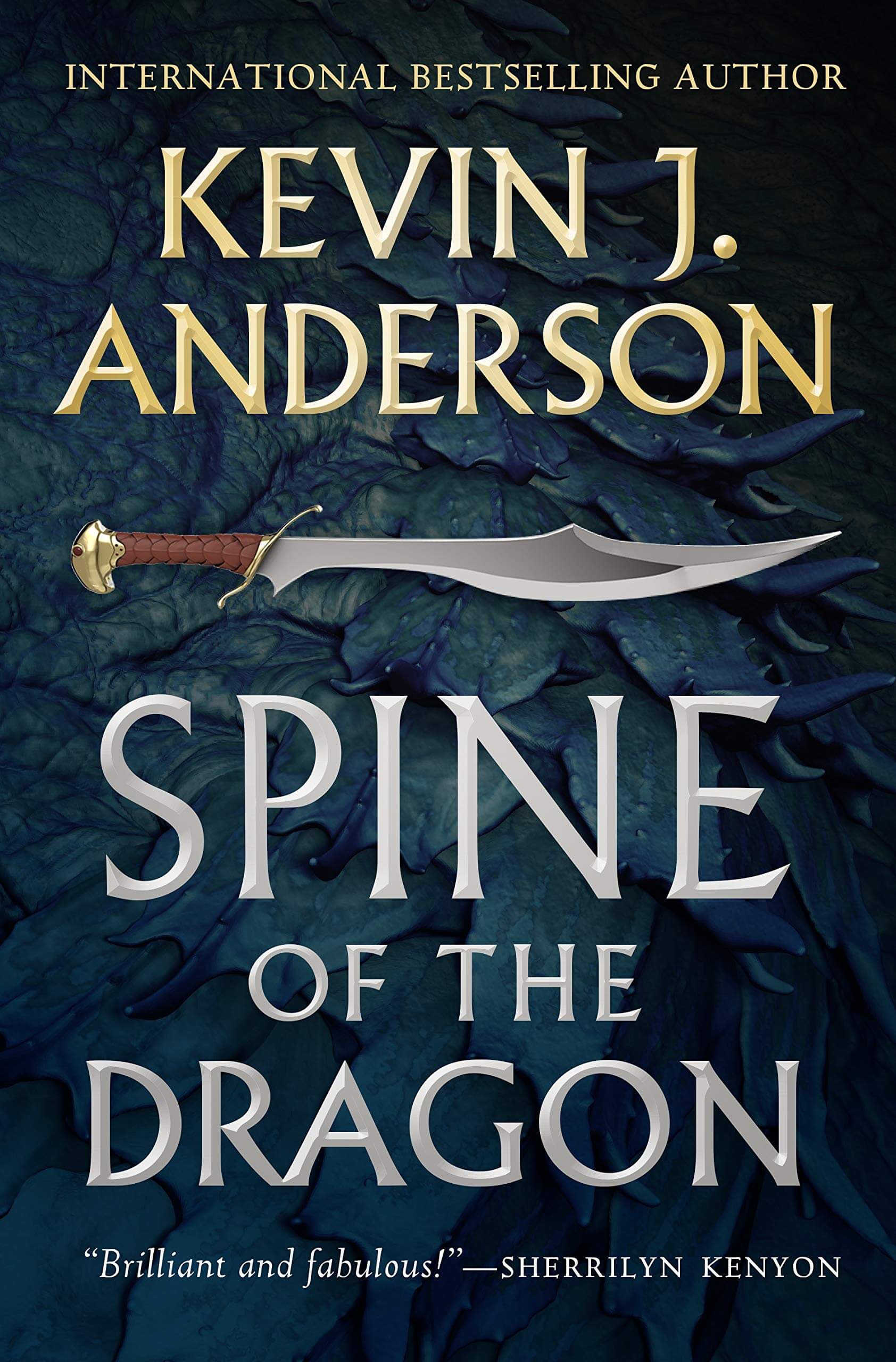 Growing up, I read a lot of books, particularly the Bailey School Kids. However, as I moved through elementary school, I slowly began to fall out of love with reading. For every To Kill a Mockingbird and Of Mice and Men, there was a boring (at least to me at the time) book about Montana. The fact that I had to sit in the nurse’s office every day during lunch to take my inhaler compounded this tedium. To break things up, I went to the school library and found a book in the Young Jedi Knights series by Kevin J. Anderson and his wife, Rebecca Moesta. To say I was a huge Star Wars fan is an understatement, and I had always wondered what came next after Return of the Jedi, so to have a glimpse of this was incredibly exciting. While I was glad to be in a galaxy far, far away once more, it was Anderson and Moesta’s words that kept me focused on other things and reminded me to enjoy reading again.

With that in mind, over the next several years, I would always come back to Anderson. Whether it was his previously discussed Superman novel, The Last Days of Krypton; his Dune continuation novels with the son of Frank Herbert, Brian Herbert (the film adaptation of which they serve as consultants/associate producers); or his many other Star Wars projects, reading a Kevin J. Anderson book always felt like visiting old friends. What I hadn’t realized growing up, however, was how important both Anderson and Moesta’s work would become to me as a writer, both on and off the page. By trusting in their teachings, I was able to learn a lot about the craft of writing, particularly how a writer goes about getting inspiration and how one’s process might work when Anderson was collaborating with people such as Moesta or Doug Beason. While this might seem rudimentary to some, it was invaluable to me (and, I am sure, many others) as an aspiring novelist whose education on fiction writing began in the school library. For the former, Anderson always stated that he was a big fan of the iconic band Rush. His first novel, Resurrection Inc, was inspired by their album Grace Under Pressure, a connection which bought about a later partnership with Rush drummer Neil Peart Clockwork Angels, based on Rush’s album of the same name. Anderson also did a musical collaboration with Roswell Six for the Terra Incognita novel series, which was his first foray back into fantasy since his Gamearth series in the early nineties prior to his long association with Star Wars.

It was not until what I believe to be Anderson’s magnum opus – which I’ll get too in a bit – that I learned more about his process. He had often discussed his unique process before this, but I looked further into this when I began reading the series. When he completed a skeletal outline and subsequently a big chapter breakdown, he’d take the outline along while he was out hiking and record chapters into a digital recorder. As I’ve gotten older, I’ve realized this a great way to stay in shape while getting the work done, butt-in-chair mentality be gone. Then it was time to send them to his typist for transcription, after which he would get their draft back and write subsequent drafts. This was incredibly fascinating to me as, at the time, I could think of no other author who was doing this. I was glad to see he worked this way, particularly since he was writing a big, complicated space opera of his own creation; streamlining the process as much as possible was probably a good course of action.

After reading all of his Star Wars books, I wondered when Mr. Anderson would tackle his own sci-fi series. While I loved his stand-alones such as Climbing Olympus and Blindfold, I wanted to see him spread his wings outside of the galaxy far, far away and the Dune universe. As it turned out, he had something like that in mind in the form of the seven book series, The Saga of Seven Suns. This series was a tour de force of epic science fiction; from the green priests of Ildira to the machinations of the evil chairman Basil Wenceslas of the Terran Hanseatic League, I tore through the series quickly and couldn’t wait to see what he would do next. As such, I was very excited that his next solo sci-fi series (after his Hellhole trilogy with Mr. Herbert) was the Saga of Shadows, something he called his “Next Generation series,” set twenty years after his final novel in the Seven Suns books. It was absolutely fantastic, and while I had hoped he would continue, he decided to go in another direction: a new epic fantasy series entitled Wake the Dragon – the first book of which is entitled Spine of the Dragon – in the grand tradition of Robert Jordan and George R. R. Martin. As a bonus, he gave fans an unprecedented look behind the curtain for this series, and in so doing made me take a hard look at my own process and gave me renewed inspiration. Watching the novel come together was an amazing experience, and one I hope will be repeated with his upcoming Wake the Dragon sequel, Vengwar.

Throughout all of his work, Kevin J. Anderson has never forgotten his roots, often working with Moesta to educate writers in the ever-shifting business of publishing via his Superstars Writer’s Seminar and being a judge on the Writers of the Future, as well as myriad other podcasts (including his own, Creative Futurism). These are indispensable to the aspiring writer, but also to noted pros who have to reinvent themselves. When an international bestselling author says something, it behooves everyone in the industry to take notice. Anderson’s work has stood the test of time, but despite his success, he never stopped helping other writers, even as he worked on his new series, via behind-the-scenes access. From Star Wars to Dune and everything in-between, my anticipation for Anderson’s upcoming novel is through the roof. I can’t wait to read the beginning of this new epic when the first volume in the Wake the Dragon series is released on June 4th.

I will have to check this one out. I read a lot of Drew Hayes, John Scalzi, and Jonathan L. Howard, this might be good to check out while I’m waiting for them to release new books. :)