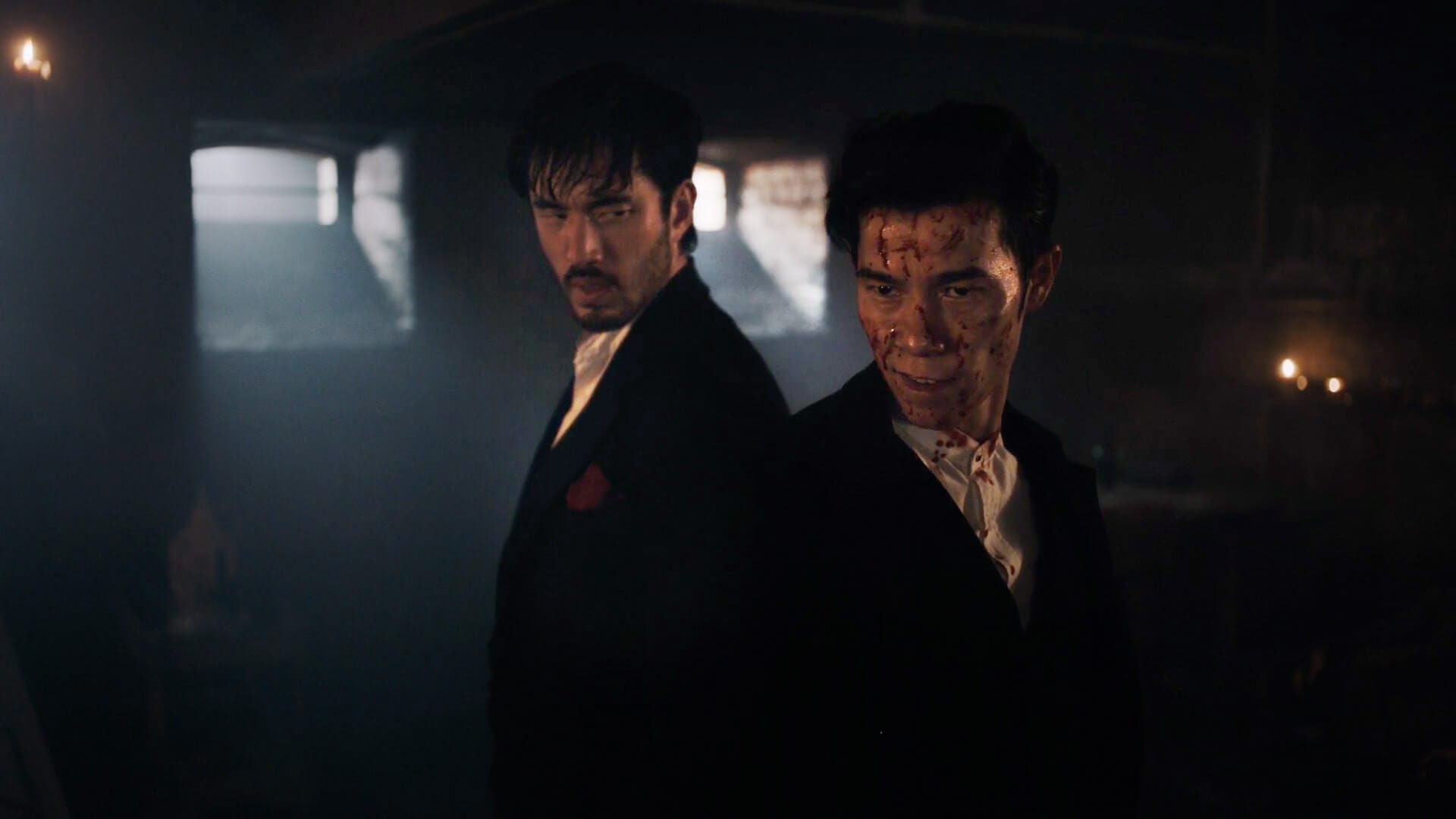 Bruce Lee’s legacy is one that has transcended generations. From martial artist Dan Inosanto to MMA creator Dana White, they all point to Bruce Lee as the progenitor of martial arts in the West. Throughout his all too short career, Lee sought to bring his martial arts acumen to the West via his various films, most notably his unfinished Game of Death, Enter the Dragon, and, of course, his pipe dream Warrior, which is the subject of this weeks column. Lee’s rejected TV show pitch – long suspected to be the basis for the now controversial Kung-Fu starring the late, great David Carradine – is finally about to become a major premium TV series on Cinemax, and it is largely because of director Justin Lin.

I’ve been following Lin since The Fast and the Furious: Tokyo Drift. I’ve talked a bit about this before, but it bears repeating; although it was the lowest grossing of the franchise, Lin’s talent was undeniable. After Tokyo Drift, I was immediately on the lookout for his next project, which turned out to be a mockumentary entitled Finishing the Game about a group of filmmakers trying to complete Lee’s Game of Death. After making several more Fast and Furious movies, I wondered what he would do next, as he had flirted with both a Terminator movie and a Jeremy Renner Bourne sequel prior to the announcement that Damon and Greengrass were returning to the franchise. When I found out he was going to be taking the helm of Star Trek Beyond I was excited, as I had yet to see him do a sci-fi film. Yet ever since Finishing the Game, I couldn’t help but wonder if he would one day do another project centered on Lee. While I enjoyed Rob Cohen’s (also a Fast and Furious director) Dragon: The Bruce Lee Story, I always wondered what somebody with Lin’s affinity for Lee would bring to a production like that. As it turned out, that time was about to come, albeit not in the form I expected. 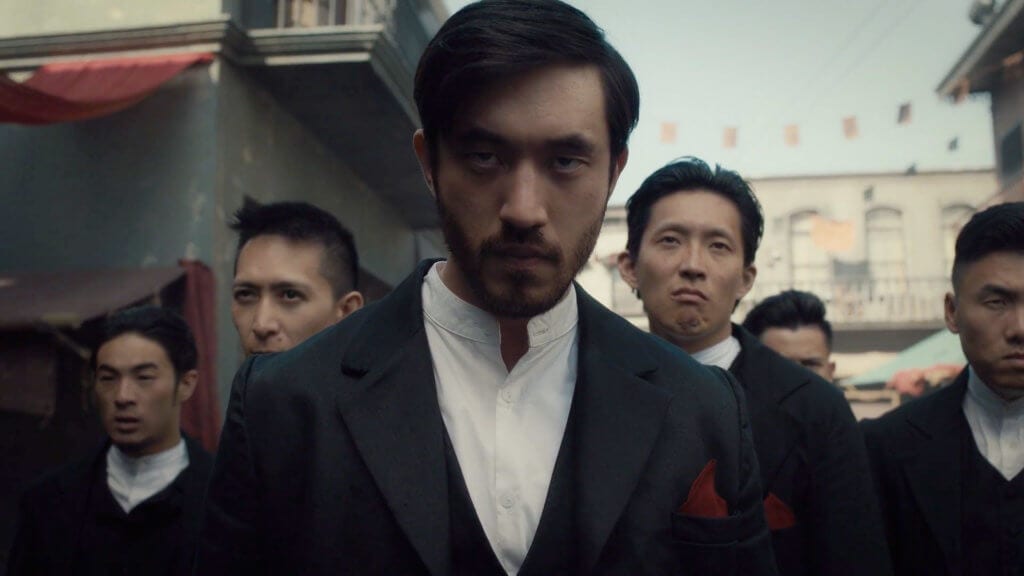 When I first heard about Warrior, I was intrigued. Not only were we going to get a martial arts television series (the last of which I saw were Into the Badlands and, unfortunately, Iron Fist) but also a historical epic in the vein of Gangs of New York. For me, there is also the bonus of returning Lin talent Jason Tobin, who first appeared in one of the director’s early films, Better Luck Tomorrow, as well as Tokyo Drift. I always like it when actors and directors come together for different projects, especially when the collaboration originated with so early in the director’s career. As a result, there is a direct line from a nascent filmmaking team to their current stature, illustrating how far they’ve come. A recent interview revealed that, in much in the same way that Kubrick had left behind a Napoleon biopic which Steven Spielberg intends to resurrect, so too had Lee. Evidently, Lee had written an eight-page treatment for what he envisioned Warrior to be. Upon hearing this, Lin insisted that he be involved. Old ideas becoming something new has always been a huge fascination of mine, whether it’s James Cameron’s 80-page treatment for Avatar or Kubrick’s Napoleon film. It always seems amazing to me how something as simple as a treatment can be the seed for a large and ambitious production if placed in the hands of industrious artists, and in the case of Warrior, there’s no one more industrious than Justin Lin. I can’t help but admire Lin’s passion; it’s incredibly risky to call someone out of the blue like that, but that’s exactly what Lin did, and now he gets to bring what is arguably Lee’s greatest passion project to the screen.

For a while, I was starting to get nervous when time passed and the trailer for Warrior didn’t come out, so I was relieved when I saw it on Deadline a couple of weeks ago. Right from the jump, it was everything I had hoped it would be: Gangs of New York with Into the Badlands style action. As anybody familiar with Lee would, I couldn’t help but wonder what the legendary martial arts master would have done with this magnum opus, but I’m sure Lin will do right by Lee n the end. The only thing missing to me is the duo of David Leitch and Chad Stahleski, who had the John Rain series in development with Cinemax. Had they picked it up, the stunt veterans could have conceivably advised on the action scenes in Warrior. While this may seem like a reach, it’s largely the same principle as Joss Whedon coming in to punch up Captain America: The First Avenger. Studios like using in-house talent, so it’s a real shame Cinemax didn’t move forward with Leitch and Stahleski’s Rain. That being said, I have faith that Lin and showrunner Jonathan Tropper (the latter of whom is a black belt in martial arts) will make sure the very best people possible are involved in bringing a great deal of authenticity to Lee’s very particular style of action as Warrior finally reaches the screen.

Warrior is a daunting project. The legacy of one of cinema’s greatest action icons is on the line via a TV series he was never able to see to fruition. Thanks to the talents of Justin Lin, Jonathan Tropper, and many others, his passion project will be on the screen for all to see, and it will arrive in the age of streaming, thus allowing us to spend even more time in this universe Lee has finally gifted us. The world had always been fascinated by Lee and his work, and as a result, he has become a bit mythologized. I can’t wait to see even a little of that mythology played out on screen. I’m sure Lee will be looking down on the project, grateful to Lin and co. for bringing this last piece to life for fans.